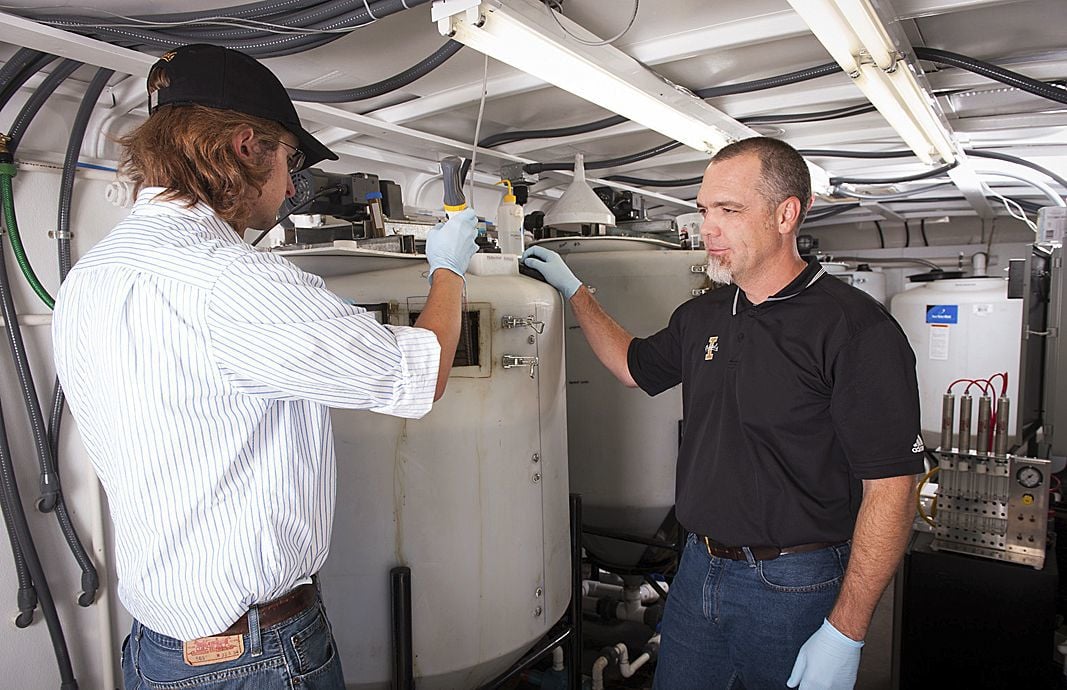 Erik Coats, associate professor of civil engineering at UI, right, and Nick Guho, a PhD student in civil engineering from Boise, are working on a scale model that converts cow manure into a biodegradable plastic called polyhydroxyalkanoate, or PHA. Their model could potentially produce 3-5 pounds of plastic a day. 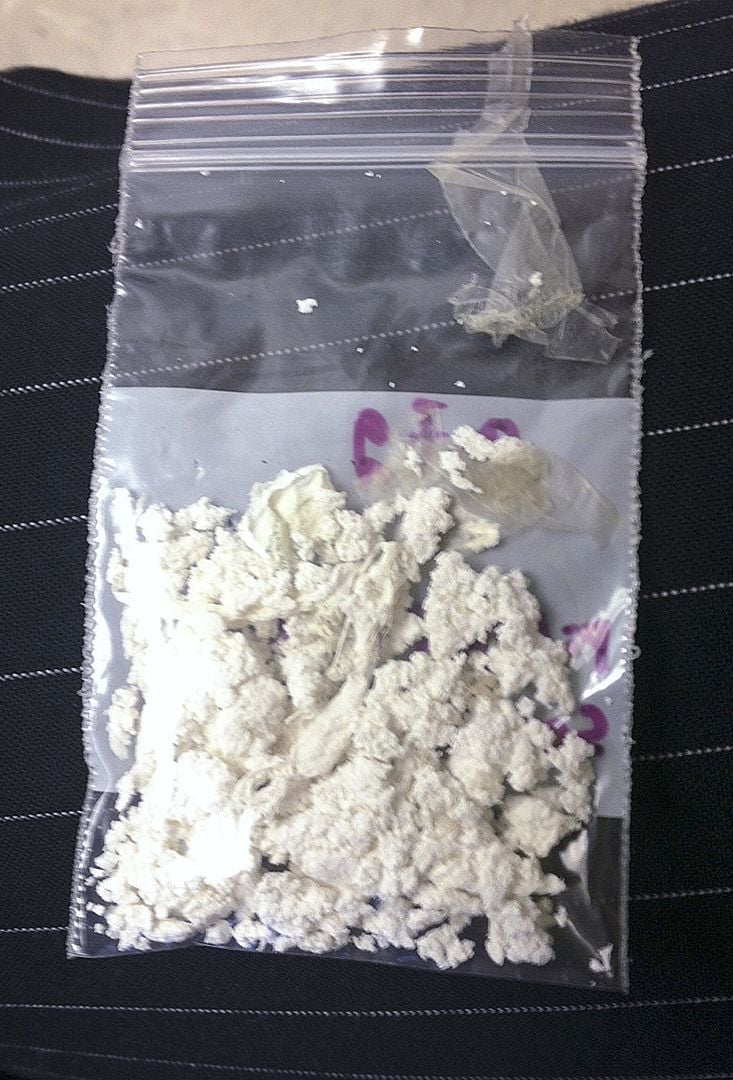 Polyhydroxyalkanoate, or PHA, is shown. Researchers at the University of Idaho have developed a scale model that converts cow manure into this biodegradable plastic.

Erik Coats, associate professor of civil engineering at UI, right, and Nick Guho, a PhD student in civil engineering from Boise, are working on a scale model that converts cow manure into a biodegradable plastic called polyhydroxyalkanoate, or PHA. Their model could potentially produce 3-5 pounds of plastic a day.

Polyhydroxyalkanoate, or PHA, is shown. Researchers at the University of Idaho have developed a scale model that converts cow manure into this biodegradable plastic.

A system to covert manure from dairy cattle into bioplastic is in the pilot testing phase at the University of Idaho in Moscow.

The system could help dairymen manage their waste streams and recover value from the manure generated on their dairies, said Erik Coats, a University of Idaho civil engineer and the system’s designer.

2, but the process can generate revenue for dairies and other waste-producing industries, he said.

It also offers a replacement for plastics produced from non-renewable raw materials. All current forms of plastic are produced from petro-chemicals, he said.

The system could be operated on a single large dairy or at a central location, processing waste streams form several dairies. It can also be integrated into anaerobic digester systems, he said.

The system operates by fermenting liquid manure in a tank to convert carbohydrates in the manure to organic acids. The liquid stream is then separated from the solids, and naturally occurring bacteria used by waste treatment facilities is added to the liquid, which is then oxygenated.

The bacteria consume the organic acids, converting what they can’t immediately utilize to a granule within the bacteria cell, much as humans store fat. Chlorine is added to the mix to kill the bacteria and recover the granules.

Those granules are a raw plastic, similar to polyethylene, that can be used to manufacture a variety of products such as nursery pots, erosion-control matting and packaging material.

A key feature of the technology is that the plastic is biodegradable, and it uses waste that dairy farmers would be glad to get rid of, he said.

In the pilot system, Coats and his team are processing approximately 10 gallons of manure a day and producing a couple of pounds of plastic, which can be used for a variety of commercial products. The raw plastic is a soft, smooth, white material that looks like Styrofoam.

The purpose of the pilot project is to help the team refine its numbers in order to engineer a commercial system. Early estimates show the manure-to-plastic process is economically feasible with a real potential to be a money maker, Coats said.

“Every waste stream presents an opportunity to produce something of value,” he said.

The dairy industry already recognizes that anaerobic digestion technology can turn manure into electricity and the digested manure can then be used for various uses such as bedding or as a peat moss substitute, he said.

It’s a valuable use of a waste product, but being profitable at it is difficult. Plugging in the bioplastic technology upstream of a digester could enhance a digester system, pulling even more value out of the waste stream, he said.

In addition, the water coming out of the fermentor is better treated but still retains nutrients for fertilizing crops.

Coats and his team have taken the system from small laboratory tests to a mobile unit with 200-gallon tanks inside a 24 foot enclosed trailer. Currently the system is being tested at the UI dairy, and the team hopes to relocate the project to a dairy in the Magic Valley for additional testing next year.

If the testing goes well, a commercialized system could be developed in two to five years, Coats said.

The project began in 2003 and has had huge support from the Idaho Dairymen’s Association, which has provided research funding and industry contacts. Graduate student Nick Guho, now working on his Ph.D., has been instrumental and involved in the project for the past six years, Coats said.