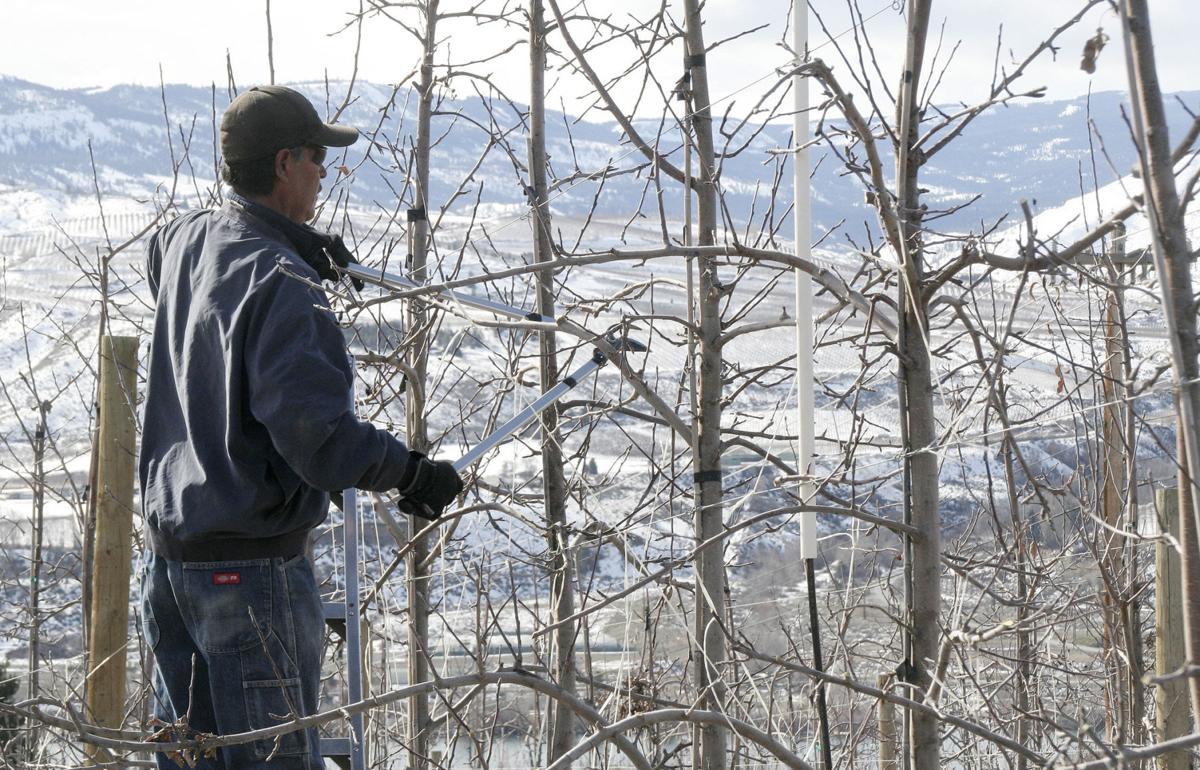 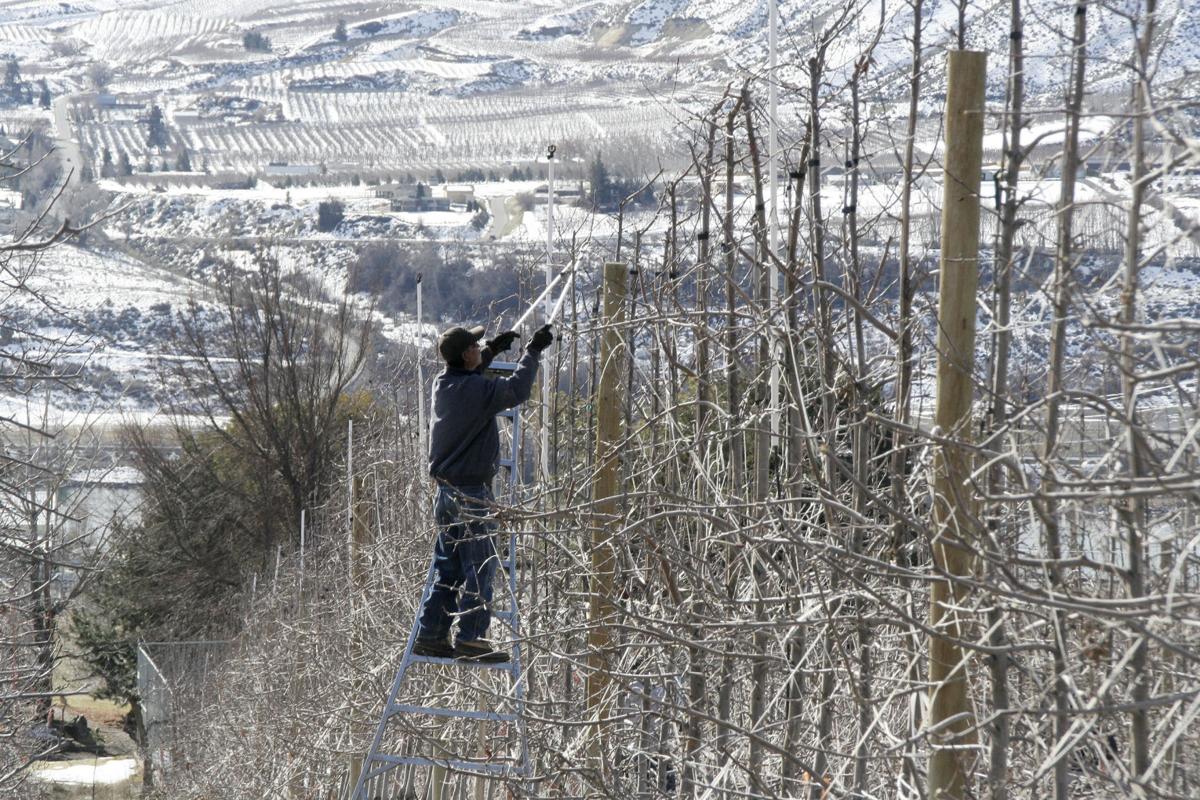 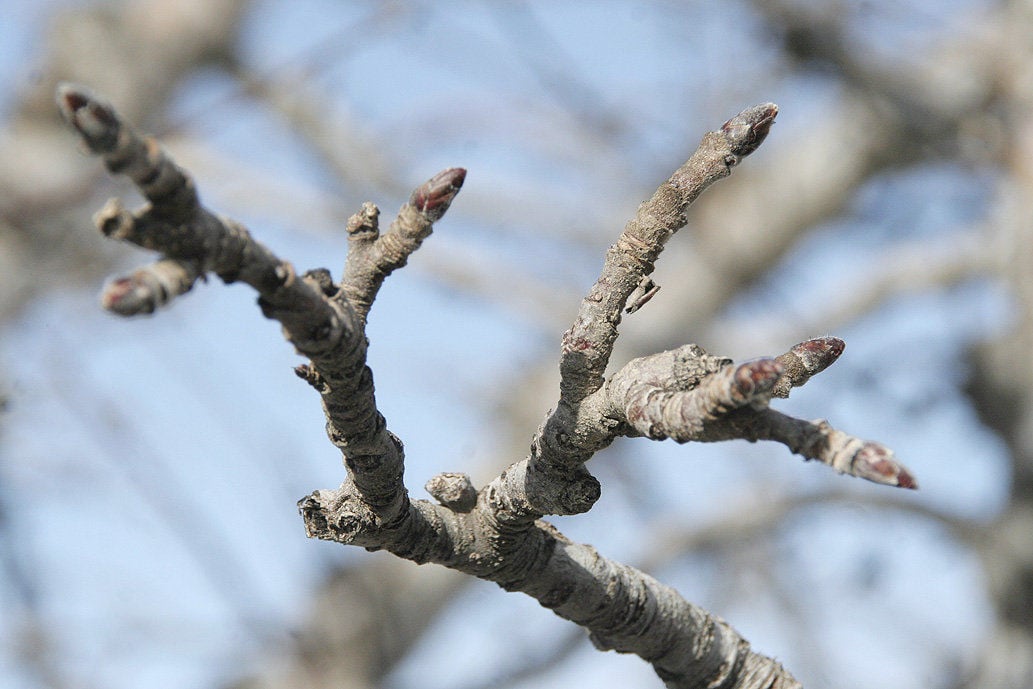 Apple buds remain dormant in an East Wenatchee, Wash., orchard, March 6. Buds are further along by now in warmer years. 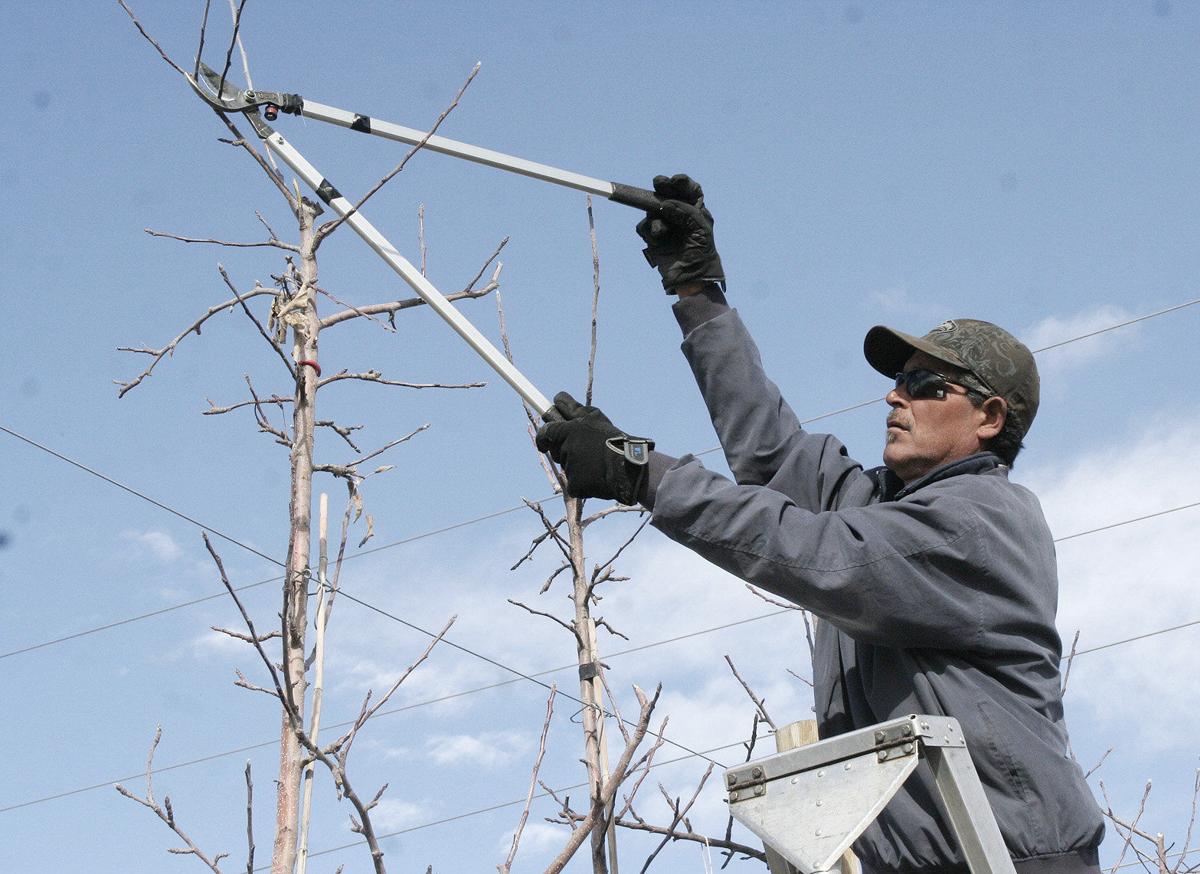 Apple buds remain dormant in an East Wenatchee, Wash., orchard, March 6. Buds are further along by now in warmer years.

WENATCHEE, Wash. — Fruit tree pruning is taking longer and bloom of all tree fruits and cherry harvest likely will start a couple weeks later than last year in Central Washington all because of a winter that doesn’t want to end.

More snow dumped in the Cascade Mountains, March 7, and fell all day without accumulating in lower elevations such as Wenatchee. Such winter weather is forecast for the region for another four to six weeks.

Washington cherry harvest usually starts in early June. But it began in late May the last two years because of warm springs. Beside a more normal start time, it looks like there will be a better spread of harvest timing throughout the region this year instead of high volumes ripening in a short window, Gale said.

“We’re behind like everyone else, but we brought a few more H-2A (-visa foreign guestworkers) up (from Mexico) so we’re getting after it,” Scott McDougall, president of McDougall & Sons, Wenatchee, said of pruning.

There’s more time to prune because cold weather held back bud development so “our company is in reasonably good shape,” McDougall said.

Several growers, including Jesus Limon, Wenatchee, said they also were aided by getting a jump on pruning last fall as soon as trees went dormant and before winter cold and snow.

“I’m probably five to six days behind (on pruning) which is not real bad. We were shut down two to three weeks in December and January because of snow and cold,” Limon said.

Mike Robinson, general manager of Double Diamond Fruit Co., Quincy, said snow was over his knees and too deep for pruning platforms to operate in January. He said his crews usually finish pruning March 1 but will be going until April 1 this year.

“It’s deceptive to say we’re a month behind because we got a jump on it in the fall,” he said. He’s on target given the lateness of the season, he said.

Bloom was just 10 days apart from the Tri-Cities to the upper Yakima Valley last year because of heat and this year’s spread will be a more normal three weeks to a month, Keller said.

Fruit tree buds are beginning to swell at Apple King’s Royal Slope orchard where there is no snow, but the company’s Tieton ranch, elevation 2,000 feet, still has one-and-a-half feet of snow, he said.

Bud development may be three weeks later than last year, Gale said. It will be later in northern and higher elevation orchards, he said.

Stemilt has 500 H-2A workers now to help with pruning and will peak at 1,200 H-2A workers from cherry to apple harvest this year, compared to about 900 last year, as more high-density plantings require more labor at critical times, Gale said.

Gale and Keller said they are concerned about the Trump administration’s crackdown on criminal illegal immigrants scaring off domestic workers.

“But most of what is happening now is just media hype trying to stir things up,” Keller said. “All my pruning crews are as big as I want and are domestic workers. Other companies bring in H-2A workers and hopefully it continues to leave us the domestics.”

He said workers also are staying because he’s paying more. The company is paying in the $12 per hour range because of the state minimum wage being $11, he said. Apple King’s piece rate equates to $14 to $15 per hour but doesn’t really cost more because of what workers produce per acre, he said.