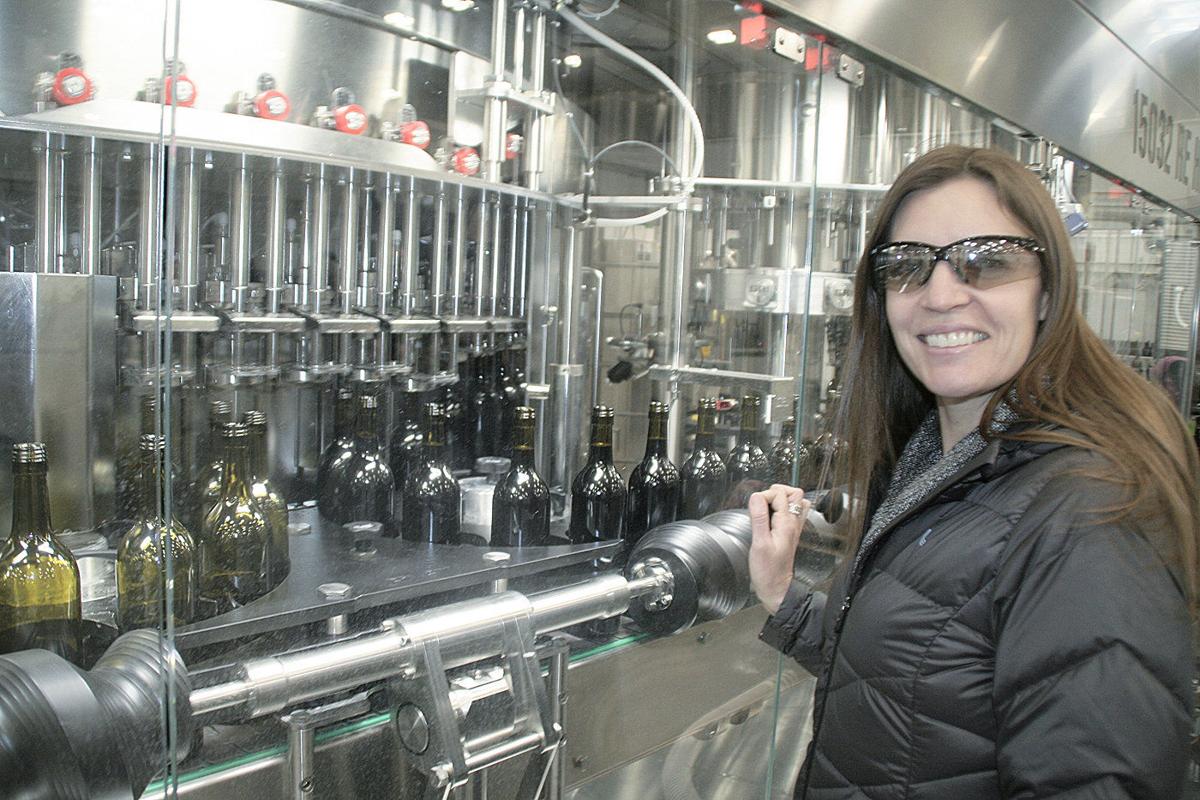 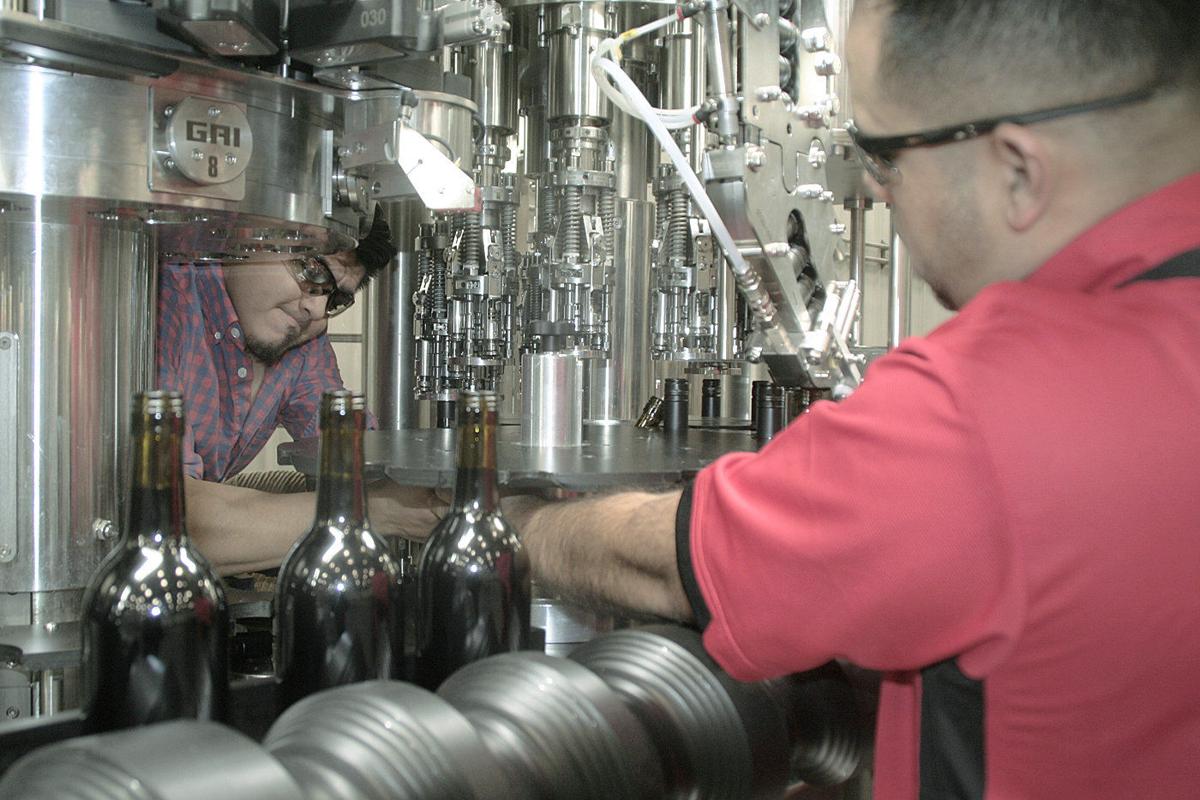 Paul Contreras and Javier Castro fix a malfunctioning screw capper in a test run of the new bottling line at Ancient Lake Wine Co., George, Wash., Feb. 20. Bottles can be screw capped or corked and foiled.

Paul Contreras and Javier Castro fix a malfunctioning screw capper in a test run of the new bottling line at Ancient Lake Wine Co., George, Wash., Feb. 20. Bottles can be screw capped or corked and foiled.

GEORGE, Wash. — Bottles are running on the line at the new largest custom wine bottling plant in the state at Ancient Lake Wine Company in George.

It’s the final days of testing before the first commercial run for a client set for the week of March 12.

“Converting bulk wine to bottling is our goal. Clients can be another wine company or restaurants or retailers with their own brands. We ship wine all the time out of state and out of country that gets bottled elsewhere and now we’ll be bottling here,” Ryf (pronounced Reef) said.

In 2019, it plans to start a duplicate set of tanks to eventually raise total annual capacities to 50,000 tons of grapes and 8 million gallons of wine.

The first of four phases of the new winery began in 2014 and so far $23 million is invested with the total in a few years to be around $46 million, Ryf has said.

Grapes are sourced from the company’s vineyards approaching 3,000 acres and another 1,000 acres from independent vineyards.

There’s 40,000-square feet of climate-controlled, packed-case storage with plans to increase it to 750,000 square feet.

Wine is filtered before it is pumped from tanks across a parking area to the bottling plant. Eventually, a center pivot irrigation tower and arms, reminiscent of owner Jerry Milbrandt’s early days in hay and potatoes, will support a stainless steel pipe to carry the wine.

It is received in four, stainless steel tanks inside the bottling plant, run through a sterile filter and then to the line where it is dispensed at a circular fill station into 72 bottles at one time, said Javier Castro, bottling manager.

He and crew member, Paul Contreras, fixed a malfunction in a screw capper that temporarily shut down the line.

The line is capable of bottling 250 bottles of wine per minute, 10,000 cases per day and 2.2 million cases per year, but initially is running at a slower pace.

Bottles are conveyed into the fill station, inverted, rinsed and then filled with wine. Bottles are sealed with screw caps or corks with foil covers. Next is automated labeling, boxing and palletizing of boxes which are 12-bottle cases.

Highly automated, the line can be run with five workers.

Typically, clients provide their own labels to be adhered at the plant but Ancient Lake also offers label designing.

Washington produced 270,000 tons of wine grapes in 2016 valued at $313 million which was second to California’s 4 million tons valued at $3.6 billion, according to USDA National Agricultural Statistics Service.