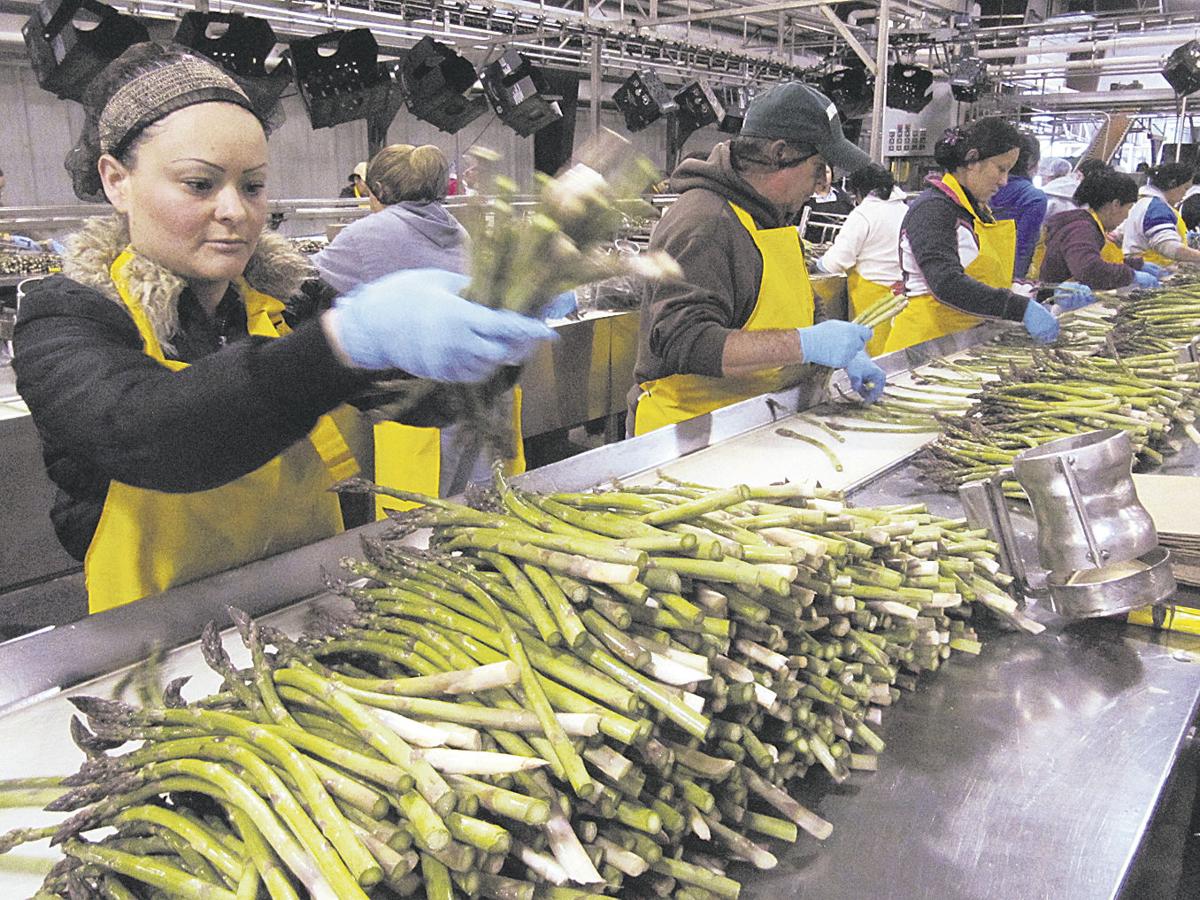 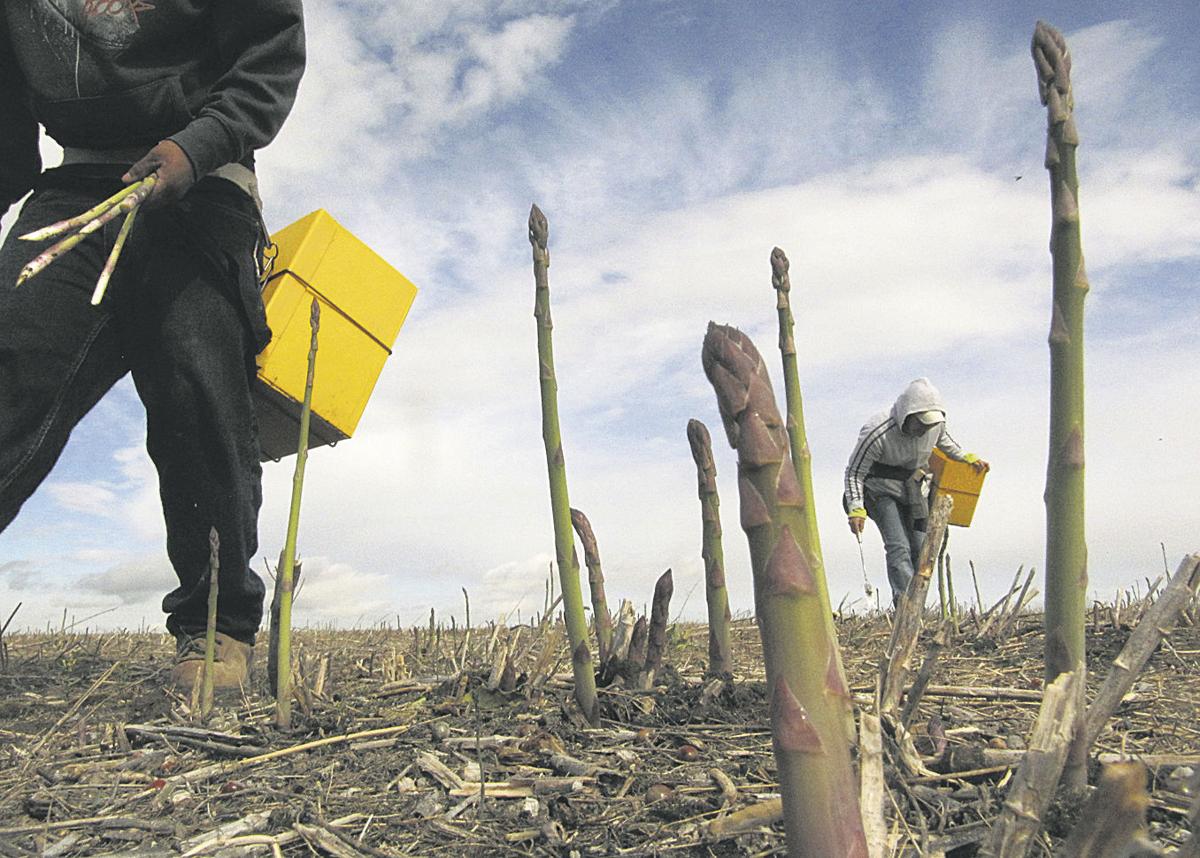 PASCO, Wash. (AP) -- Asparagus farmers crushed for decades by a flood of South American imports have begun to expand production again in the hope that healthy eating trends and demand for homegrown vegetables will help bolster prices and sales of their stalks.

U.S. asparagus production is still only a third of what it was 25 years ago, thanks in large part to a pair of federal policies meant to combat drug trafficking and improve economic trade. A 1991 law exempted some crops, including asparagus, from tariffs to help Andean countries expand their alternatives to drug crops -- a boon to fresh and frozen asparagus production in Peru. Three years later, the North American Free Trade Agreement gradually reduced taxes on asparagus, boosting shipments from Mexico.

California, the leading producer, has seen acreage decline by a third since 1990. In No. 2 Washington state, production collapsed from more than 100 million pounds that year to just 17 million pounds in 2010. It recovered slightly last year, and strong prices and new varieties that hold the promise of bigger harvests have farmers hopeful again.

"We probably hit our bottom, and now, we're finally starting to bounce back," said Bill Middleton, 62, who operates an asparagus nursery and grows asparagus near Pasco in Washington's Columbia River basin.

"Prices are good. Demand is good. It's too early to tell," he said, "but the indications are that we'll have a strong year."

For an industry on the verge of disappearing, 2010 marked a rock-bottom year, said Alan Schreiber of the Washington Asparagus Commission. But in the past two years, he said, asparagus growers have halted promotions early because demand for fresh asparagus has been so high that it's all been sold.

To meet that demand, Washington farmers planted more new asparagus fields this year than the state has seen in a decade. In all, they are expected to plant slightly more than 6,000 acres, an improvement from two years ago, when they planted about 5,500 but nowhere near the 30,000 acres planted in 1990.

"After a decade of malaise, retrenchment, maybe even collapse -- I don't know what you want to call it -- we're seeing planting," Schreiber said. "It's not a turnaround, but it's a good sign."

Growers in California, where the asparagus season typically runs from Mid-March through June, are replacing old plants with new ones but don't expect to add a lot of acres, said Cherie Watte Angulo, executive director of the California Asparagus Commission.

Some in the industry credit Americans' efforts to eat healthier with the increased demand for asparagus. Others say a price drop caused by a bumper crop in Mexico this winter enticed more people to buy fresh asparagus.

"I'm sure a lot of consumers may have even tried asparagus for the first time," said Phil Clouse of Gourmet Trading Co. of Los Angeles, which packages and distributes fresh fruit and vegetables.

On Friday, fresh asparagus averaged $2.64 a pound at grocery stores and other retail outlets, according to the U.S. Department of Agriculture.

Gary Larsen, 52, another grower near Pasco, Wash., believes the key to the future is in new varieties that allow farmers to grow more on the same amount of land. He has already replanted one field and plans to replant another with new seeds later this year.

But he's also not convinced the industry is turning around just yet. There have been significant changes since processors moved canning and other facilities to Peru and Mexico, following the boom in farming there.

"When the processers were here, we knew we had a home for our crop," Larson said. "Now, we're dealing with the fresh market, but labor is still the key to this crop. We need to find a way to manage those costs."

Asparagus is a labor intensive crop, requiring cutters to walk repeatedly through fields to harvest stalks by hand. Recent immigration sweeps and Washington's high minimum wage have made labor expensive and scarce, he said.

Washington's $9.04 minimum wage is among the highest in the country.