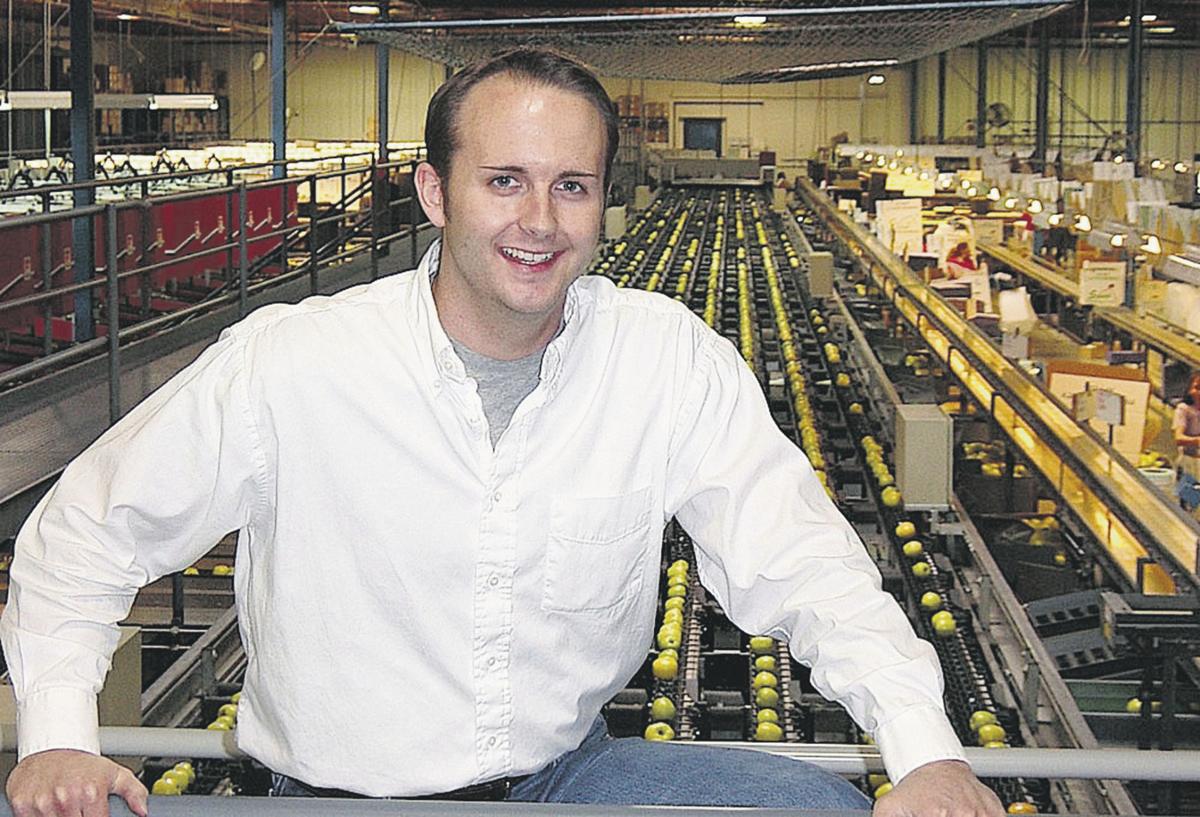 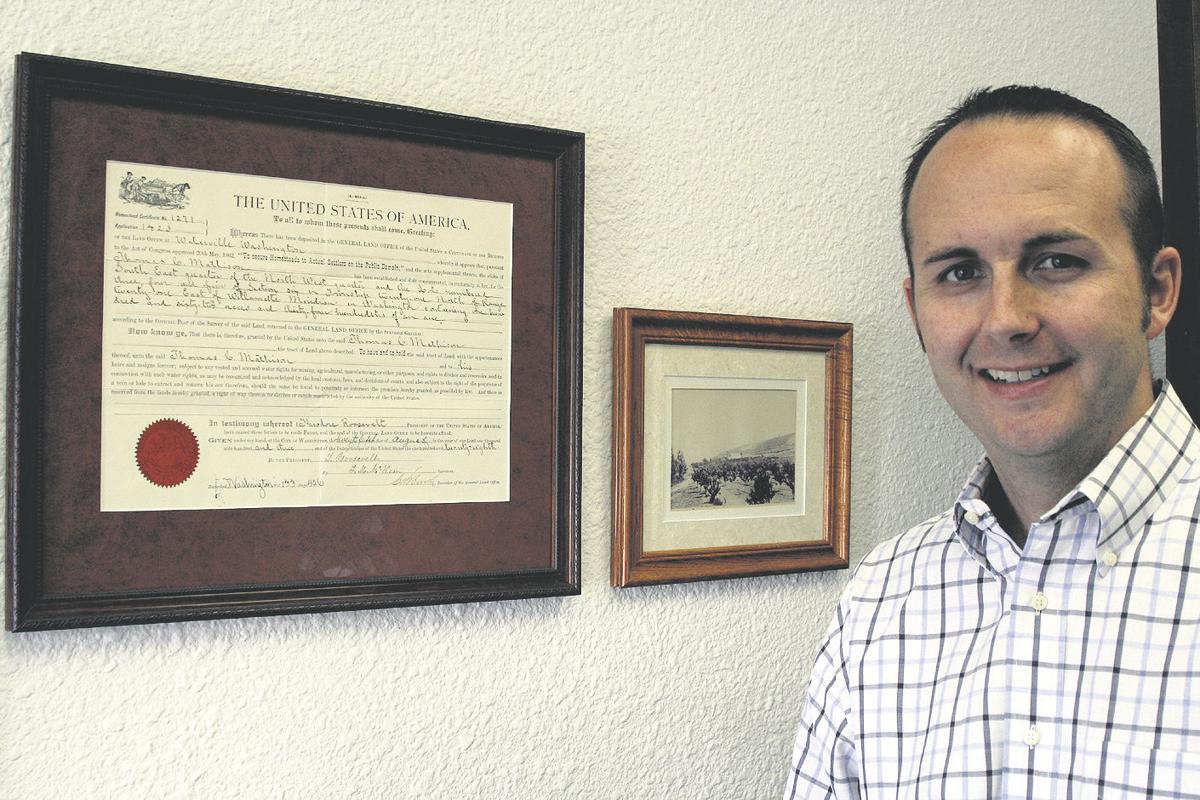 WENATCHEE, Wash. -- West Mathison became president of Stemilt Growers Inc., of Wenatchee, five years ago when he was 28 years old.

Stemilt was then and still is the world's largest producer of fresh cherries and, with the acquisition of Wenatchee's Dovex Fruit Co. in March, is the nation's largest non-citrus tree fruit company.

Washington leads the nation in apples, cherries and pears with a combined value of those crops peaking at $2.3 billion in 2007, according to the National Agricultural Statistics Service.

In 2004, Stemilt had annual revenues of more than $100 million, excluding grower returns. Mathison said the company no longer discloses such figures because there are too many variables and ways of arriving at different figures. However, the controller of neighboring Columbia Marketing International has said each of the state's big tree fruit companies average about $200 million in annual sales.

Mathison said he's not aiming for size for the sake of size but to improve grower returns. A consensus in the industry is that consolidation has improved prices by better meeting retailer needs.

Mathison succeeded his grandfather and company founder, the late Tom Mathison, who turned over the reigns on his 79th birthday on June 23, 2005.

Mathison works in a modest office, once his grandfather's, in the company's headquarters on the north edge of Wenatchee. The following interview took place there April 14.

Q: How challenging has it been to run such a large company at such a young age?

A: I wouldn't say I run the company, but (I) am on a team of really good people, and every day we get up and solve problems. I feel very blessed that my grandfather and my dad gave me a lot of responsibility at a young age. They took a risk and were great mentors to teach me a lot. You learn more from your failures than your successes, and my dad and grandfather knew when I made mistakes that I probably wouldn't do them again.

Q: The average age of the American farmer was 57 in the 2007 Agricultural Census, up from 50 in 1978. Do you ever worry about a lack of young people in agriculture and what can be done about it?

A: I think it's about successful family business succession. A lot of young people leaving ag is proof of poor succession planning. At Stemilt, 30 percent of our management is under 40. We have a culture that embraces new ideas.

Q: Is Stemilt engaged in acquiring other companies, or will it be?

A: That's a good question. The drivers behind doing the deal with Dovex were more about creating a good business model that would improve grower returns.

Q: Do you foresee a day when there will be just two major Washington tree fruit companies, one in Wenatchee and one in Yakima?

A: It's difficult to say if consolidation will ever get to that point. The drivers are consistent quality, good service and good grower returns. The companies that can do that probably won't need to consolidate.

Q: Some small growers say big companies like Stemilt watch out for themselves and the small guys are afterthoughts. What's your perspective on that?

A: Small growers are still an important part of Stemilt's supply base. They represent some of the artisan aspects of fruit growing. They are a small percentage of our total volume but a big percentage of our premium organic fruit.

Q: The grower is paid last, getting what's left after everyone else, which is sometimes nothing, particularly in cherries. Is there a way to change that so the grower always makes some profit?

A: This is definitely an industry challenge. It's a matter of risk management. Growers have to look at how they align themselves with the warehouse and marketing entity they work with. Independent growers who work with their packing shed and marketer can generally produce more consistent results. It's hard to balance the risk profile in tree fruit when it takes three to five years to get into production.

Q: How thin is Stemilt's profit margin, and what's the biggest challenge for Stemilt operating in a recession?

A: Our founding principle is return to the land. Our mission statement is maximizing long-term return to the land (and grower) by building consumer demand. Based on that, we've reduced our packing charges for apples in 2010. Our goal is to moderate the market and pack-out risk in the 2010 apple crop. The Dovex deal is improving Stemilt's performance and we want to share that with our grower base.

Q: How much of an impact will the state's new 0.3 percent surcharge in the B&O tax on services have on Stemilt and other ag companies?

A: At this point, it's an unknown. First people are trying to determine what's the definition of services. It will take attorneys and accountants to figure it out.

A: Probably creating some sort of immigration reform and following with a good guestworker program for agriculture. Our industry is built on being able to access a seasonable labor force.

Another concern is the probability of the Chinese shipping their Fuji, fresh, whole apples into the United States.

Q: That's been a dormant worry for a long time. Is there something bringing that to blossom?

A: Anytime the U.S. and China engage in trade talks, everyone in every commodity gets a little worried. This fall there will be bilateral trade talks between China and the U.S.

Q: The Chinese Fuji is said to look great but not eat well, being poor quality. Will our ace be quality?

A: American consumers are very savvy and the success of Chinese Fuji will be directly driven by the consumer dessert-eating experience.

A: It's more of the same in terms of how do we produce orchards with good yields that have good quality and how do we get good packouts and deliver high-quality fruit. Every day, we just have to figure out how to do that better and better and better.

Education: Among fifth generation of Mathisons to work family orchards on Stemilt Hill, south of Wenatchee. Graduated from Wenatchee High School in 1995. Worked all facets of the family business: fruit production, packing, shipping, harvest and warehouse management, and sales. Graduated from the University of Puget Sound in Tacoma in 2000 with degree in international business.

Stemilt career: Returned to Stemilt in 2002 as projects manager. Promoted to executive vice president in January 2003. Became president on June 23, 2005.

* The fruit comes from Stemilt's orchards, its marketing partners and 350 grower members from 17,000 acres in Washington.

* More than a dozen company facilities stretch from Chelan Falls to Pasco, Wash.

1947: Mathison's son, Chris, dies in accident trying to save an irrigation reservoir during a winter flood.

The company grows in the 1970s and 1980s, building major packing facilities in Wenatchee, buying others and shipping cherries to Japan.