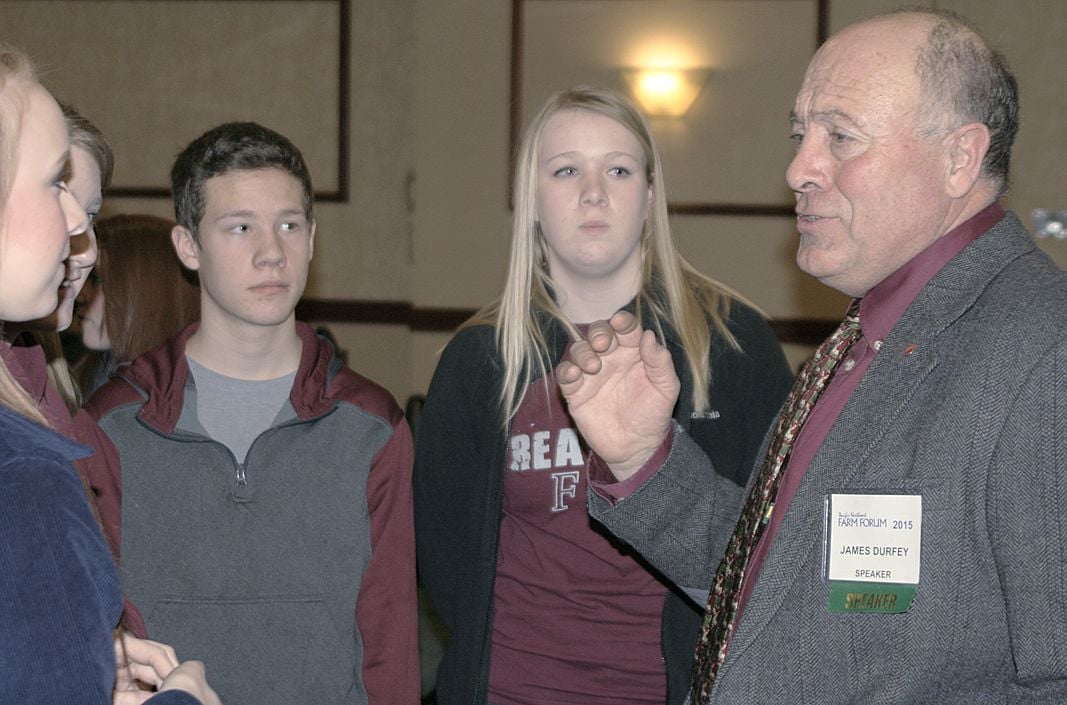 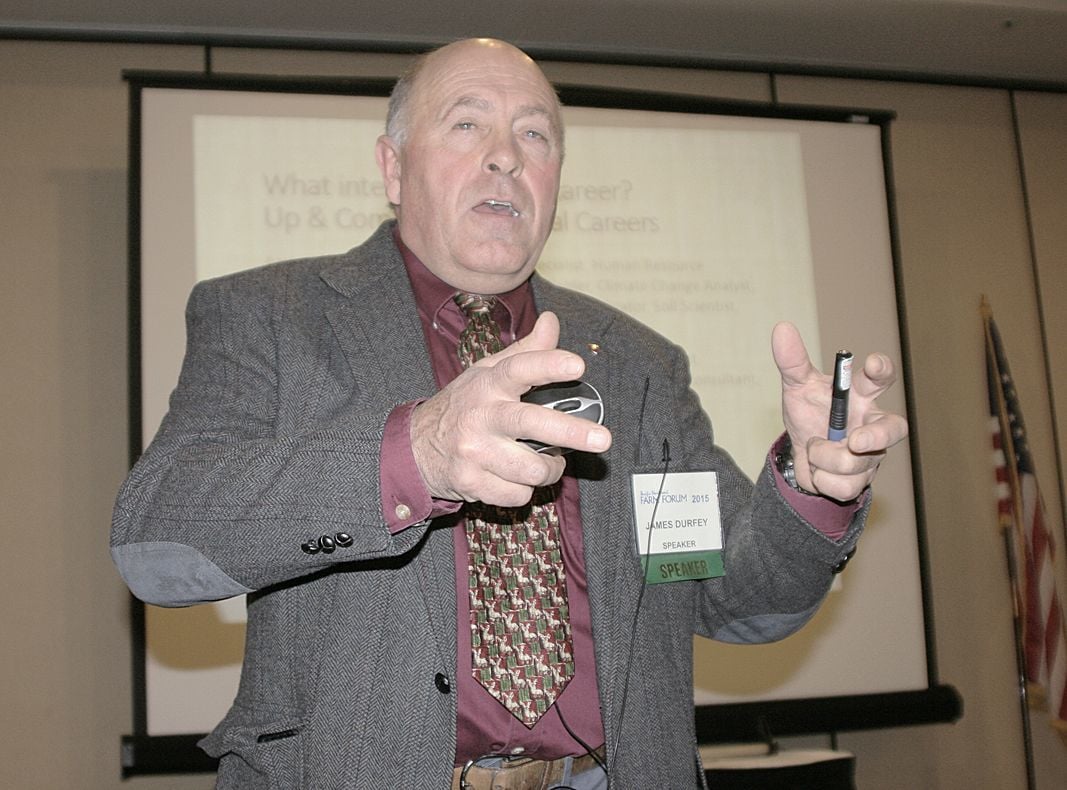 James Durfey, manager of WSU’s Agriculture Technology and Management program, outlined the career opportunities in precision agriculture for more than 300 members of the Washington FFA during the Spokane Ag Expo and Pacific Northwest Farm Forum.

“You are sought after in ways you can’t imagine,” Durfey told the students, who attended the expo from around the Pacific Northwest. “In agriculture, we need you desperately. There are at least two jobs for everyone of you that graduate from a two or four-year school.”

The recession was nonexistent in agriculture, he said, noting he often hears from representatives of agriculture companies who are looking for employees and interns.

Durfey noted that in 2006, 50 percent of John Deere’s employees were eligible for retirement, he said.

“If we took all of the ag graduates out of all the ag schools, we can’t even begin to fill the demand, the need, with one major multi-national corporation,” he said. The need extends to other companies like Case, Cargill and Bunge, he said.

Industries are at the beginning stages of realizing the potential applications for drones, including mapping and agricultural monitoring, Durfey said.

“I think it’s more the development of the technology and how that affects the world,” she said. “I like that they can pinpoint where the different problems are and fix them easier. It’s just a more effective method.”

“It’s the new era — it’s what we have to start thinking about right now,” said Kacee Gibson, president of Washington FFA District V and a high school senior in Reardan, Wash. “We’re the ones that are going to be doing it.”

Gibson said Durfey’s presentation opened her eyes to the possibilities, especially since she isn’t sure what kind of career she’ll pursue.

“I’m kind of a blank slate right now, deciding what I want to do in college,” she said. “The more I hear (about precision agriculture), it’s definitely a possibility.”