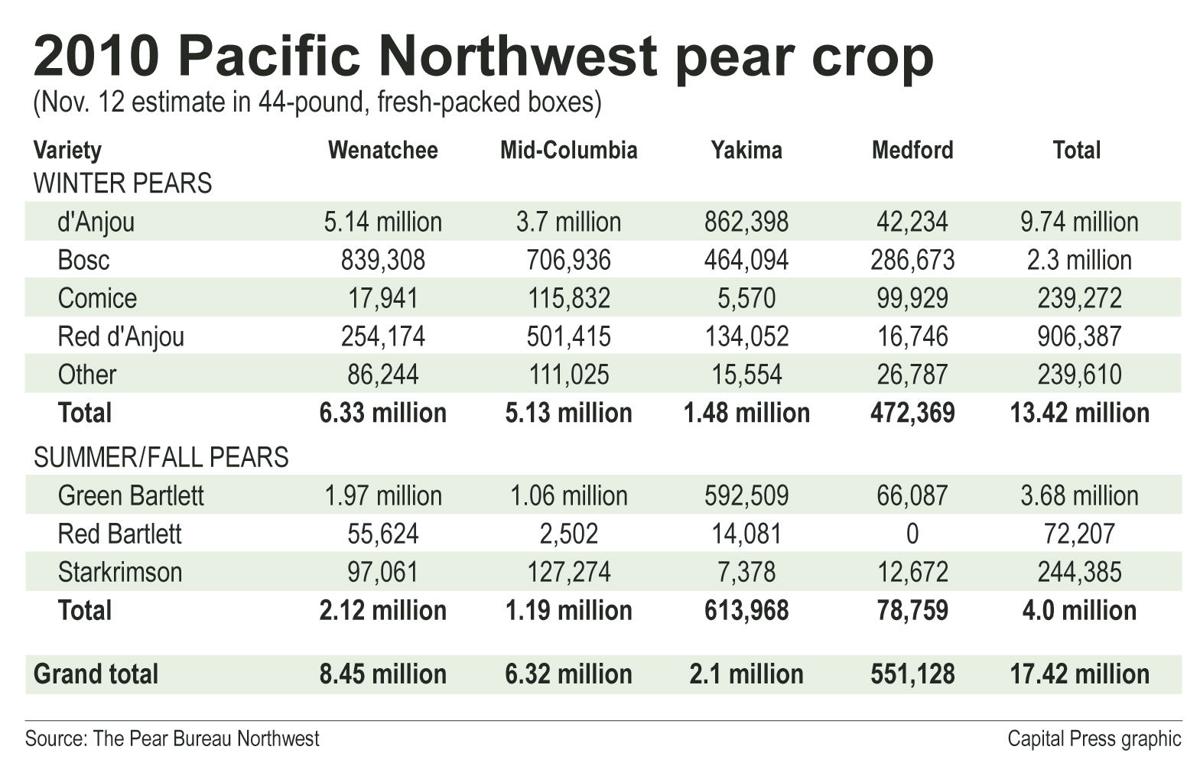 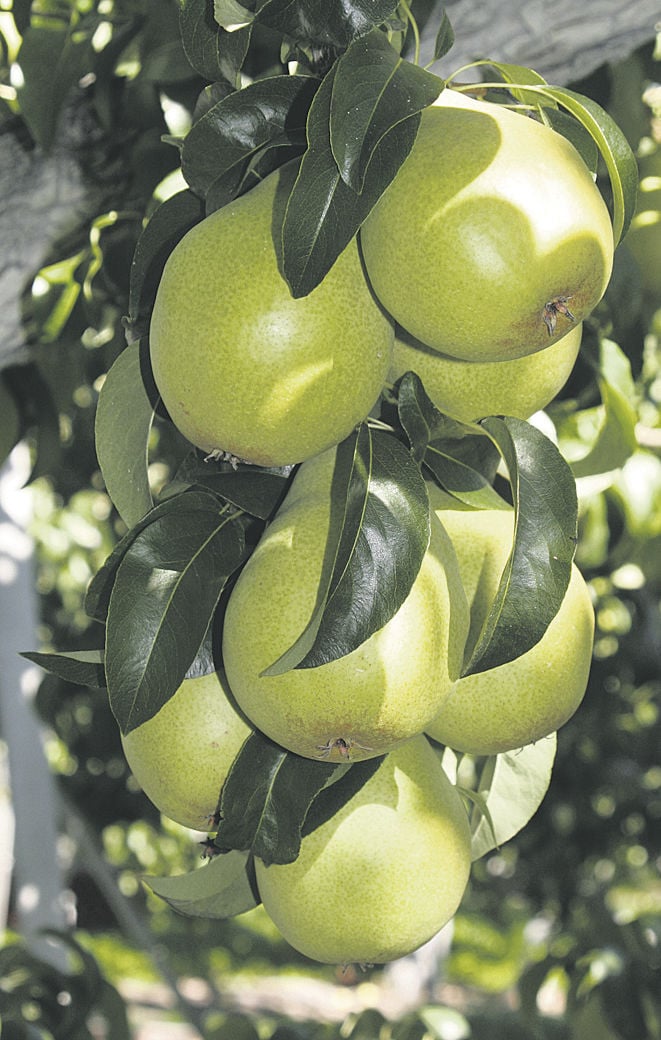 Despite tariffs, shipments to Mexico up 50 percent

The alternate bearing cycle, a cool spring and fruit not gaining in size as much as hoped before harvest all contributed to the reduction, said Cristie Mather, spokeswoman of The Pear Bureau Northwest in Milwaukie, Ore.

European and California supply is down 12 percent from last year, Mather said.

California finished harvesting a 3.4 million, 36 pound box crop in mid-August and sold out in October.

"All in all, the manifest and packout totals look good with a smaller, yet not short, crop with sizes and grades available to meet domestic and export market needs," Kevin Moffitt, Pear Bureau president wrote of the PNW crop in an early November industry report.

Record supply, the recession and a 20 percent tariff in Mexico dampened prices which were not the worst but averaged $17.43 per box for all varieties in the 2009 season compared with $19.96 for 2008, he said.

Harvest wrapped up in mid-October and shippers are now in the thick of the sales season with 32 percent of the crop sold by Nov. 4 compared with 29 percent by that time last year, Mather said.

Of 5.6 million boxes shipped so far, 3.2 million are domestic and the rest export, she said. Despite the Mexican tariff, shipments there are up by 50,000 boxes but sales to Brazil are 50 percent behind, she said.

The largest variety in volume, d'Anjou, will carry through the sales season into July, but Bartlett, second in volume, will sell out in February, Kelly said. Bosc will go to the end of May, he said.

Quality is off from last year. About 76 percent of the crop is U.S. No. 1 compared with 86 percent last year, Mather said.