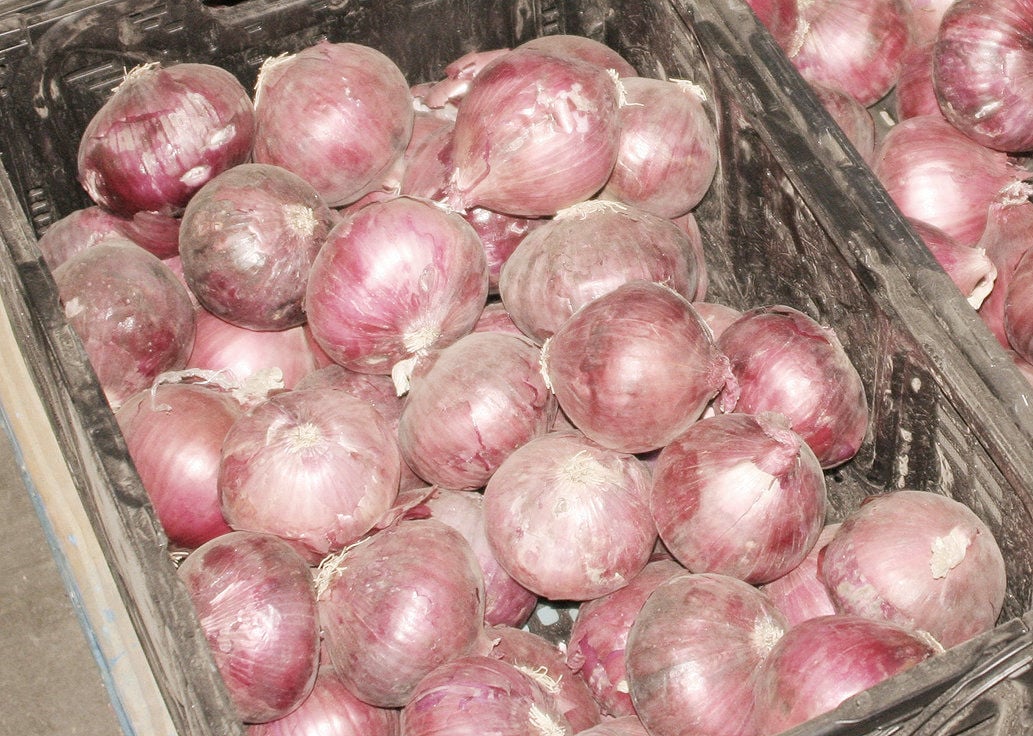 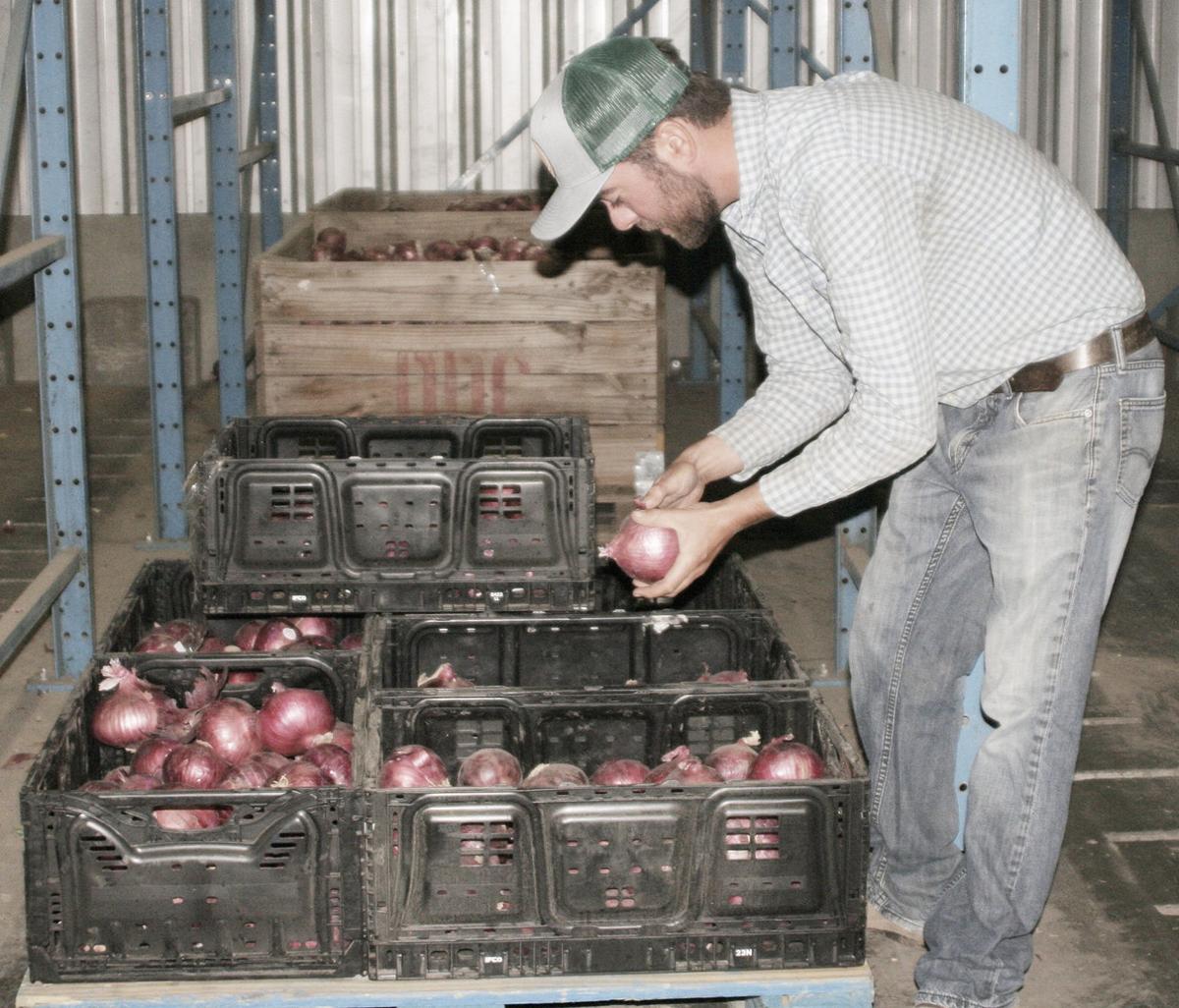 While harvesting, Locati and his uncle noticed that certain onions would have very light pink hues. They started pulling those onions, planting the seed and checking over and over to get redder onions.

This year, Locati planted about 10 acres of the red Walla Walla sweet onions.

“It’s still in the development process,” he said. “It’s always going to be that way.”

“It’s not a deep, dark red,” he said. “We hope to get there, but we don’t want to sacrifice our flavor profile to just have color.”

Walla Walla sweet onions are a niche onion, protected by a federal marketing order designating the legal production area. Only 10 to 15 farmers raise them on 500 total acres in Walla Walla County in Washington and a small part of northeastern Oregon.

Due to their high water content and low sulfur and low pyruvic acid, half that of ordinary yellow storage onions, Walla Walla sweets are considered sweeter — despite containing negligible amounts of sugar — and have less “bite” or tendency to cause tears during chopping.

People may already have an idea about red onions, he said. Once they get over their initial “fear factor,” the response from customers has been positive.

The rosé onion causes a “nice, sweet water explosion in your mouth,” followed by a mild onion flavor, Locati said.

Red Walla Walla sweets are commercially available at Metropolitan Market in the Seattle area, at Walla Walla River Packing and Storage and through the Locati Farms website.

The reds haven’t gone through big retail channels yet because of the low volume, Locati said.

Locati is chairman of the Walla Walla Sweet Onion Marketing Committee. He said the red Walla Walla sweets will likely remain exclusive to his family’s company.

“Any time you can offer a different product, it’s good for the market,” he said. “It’s just something new, fresh and different from the traditional yellow.”

Asked if other new Walla Walla sweets are in the works, Locati said he’s “always working on something,” but anything must be developed through traditional plant breeding and natural selection, all derived from the original Walla Walla sweet onion brought to the United States from Corsica, off the coast of Italy.