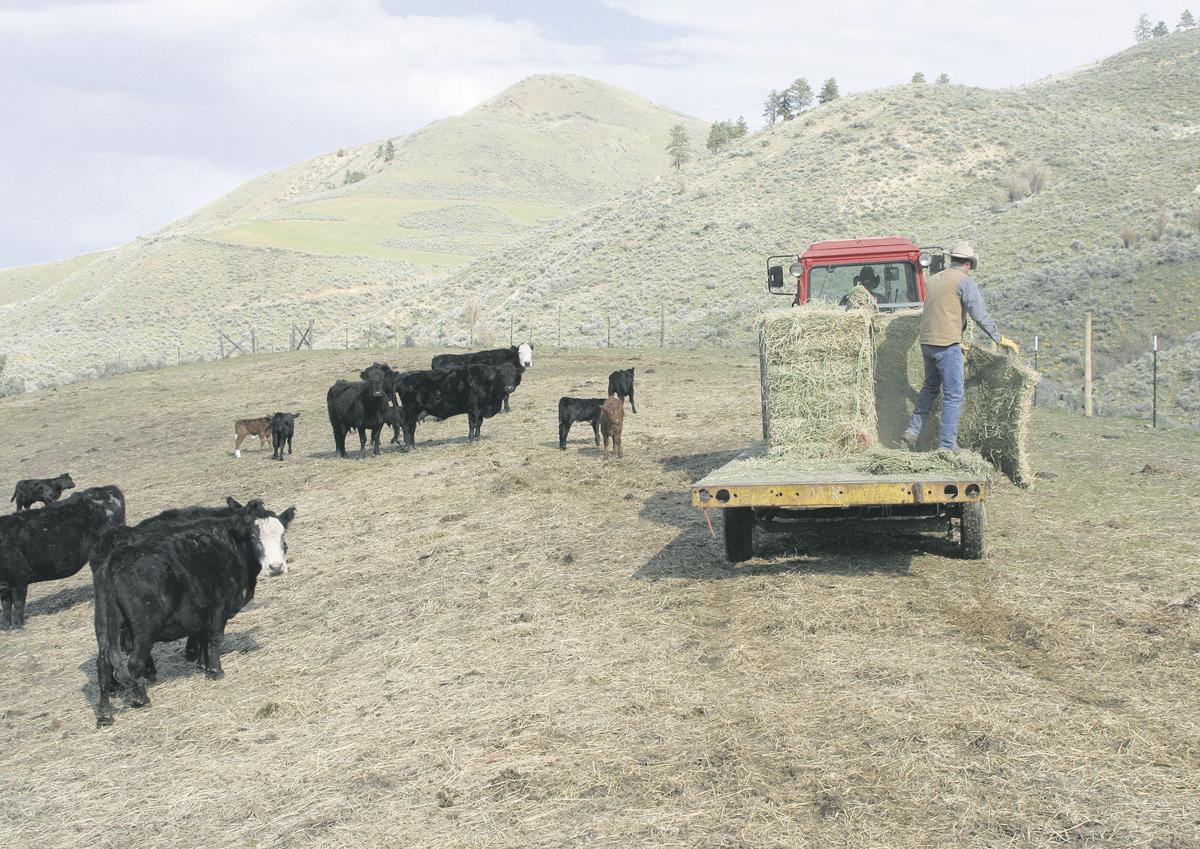 Dan Wheat/Capital Press Ross Hurd feeds hay to cattle while his brother, Doug, drives the tractor at their ranch south of Wenatchee, Wash., April 16. Having lost a cow and maybe calves to wolves, they are keeping cattle confined for protection. 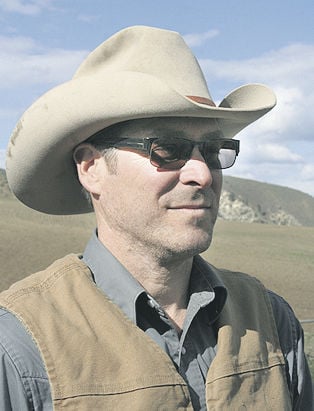 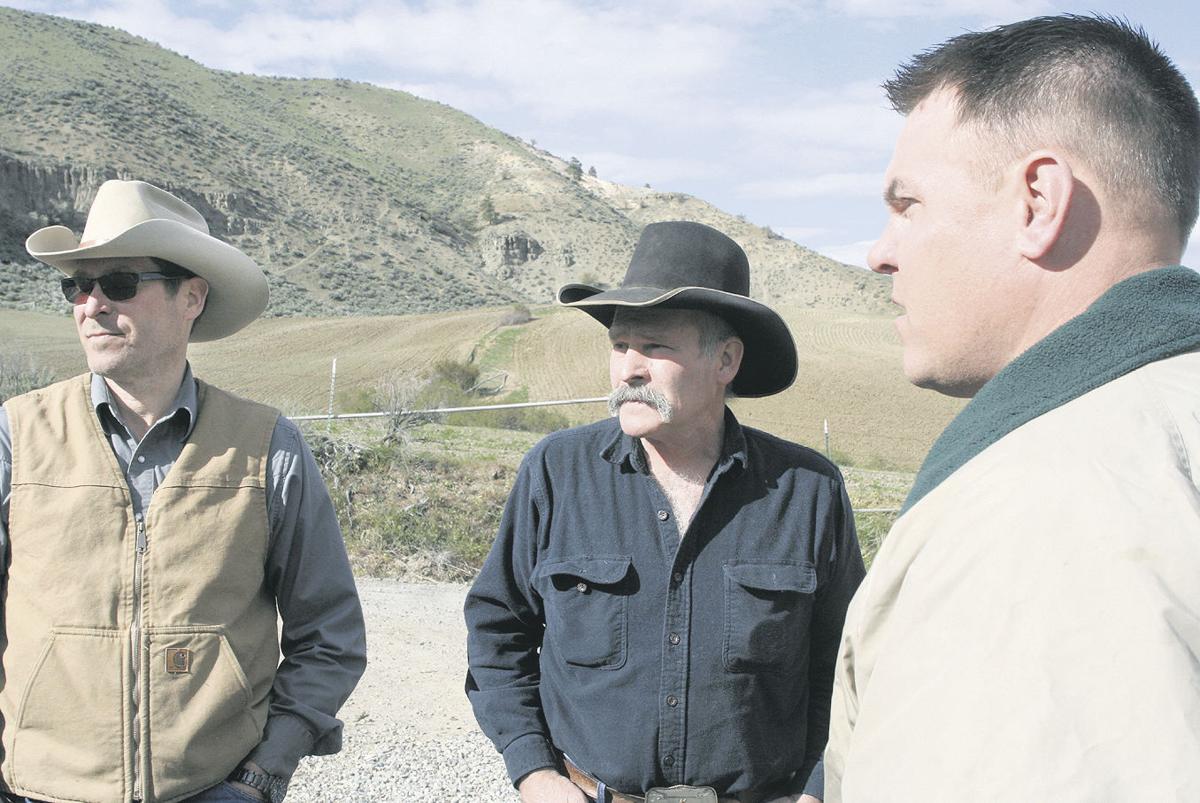 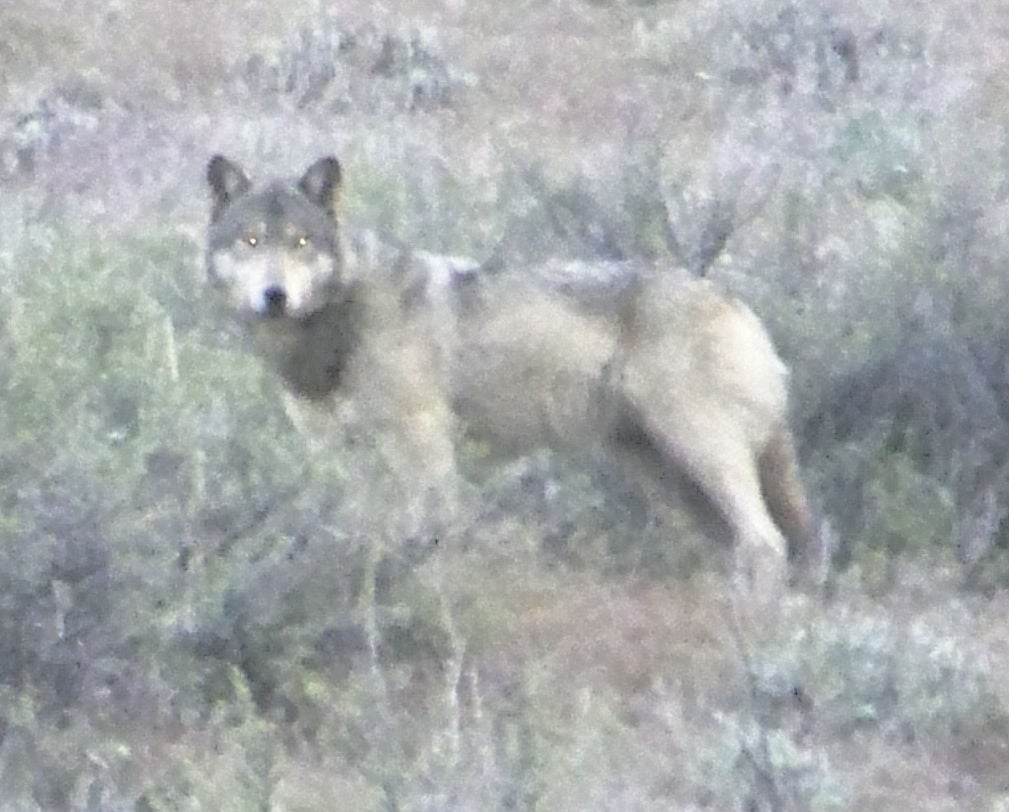 /Tim Erwert, Chelan County deputy sheriff Wolf after attacking a deer in No. 2 Canyon about a mile southwest of Wenatchee on April 16.

Dan Wheat/Capital Press Ross Hurd feeds hay to cattle while his brother, Doug, drives the tractor at their ranch south of Wenatchee, Wash., April 16. Having lost a cow and maybe calves to wolves, they are keeping cattle confined for protection.

/Tim Erwert, Chelan County deputy sheriff Wolf after attacking a deer in No. 2 Canyon about a mile southwest of Wenatchee on April 16.

WENATCHEE, Wash. -- The Hurd brothers started seeing tracks on their ranch last year. They were from wolves or really large dogs, they weren't sure.

Then last fall the Hurds held four miles of fire line during the Wenatchee wildfires, and Oregon hot shot fire crews told them they found wolf tracks on the ridge five to six miles southwest of Wenatchee.

In November, a neighbor's remote camera caught an image of a wolf.

The wolf probably split from the Teanaway Pack about 30 miles to the southwest, said David Volsen, a biologist with the Washington Department of Fish and Wildlife.

In March, the Hurds found a large bull elk that they'd known for a split ear floating dead in their stock pond. Wolf tracks were abundant on the pond bank.

"Wolves probably chased it and it finally went into cold water to get away from them and drowned," Ross Hurd said.

It had been fed on after it was dead, and there were wolf tracks but a necropsy showed no evidence wolves killed it, Volsen said.

The Hurds placed a camera that caught images of two wolves feeding on the elk's carcass.

"Two wolves traveling together is the definition of a pack," Volsen said.

That was the end of March. Fish and Wildlife officials asked the Hurds if they wanted to name the pack. They chose Wenatchee Pack.

One of the Hurd's cows was killed. There was evidence of wolves around it and it had been fed upon after death, but again a necropsy did not show a wolf killed it, Volsen said.

But they were nearby, he said.

"We saw wolves on the hillside behind us during the necropsy," he said.

At the recommendation of Fish and Wildlife, the Hurds brought their 60 mother cows in from open range to an acre holding area near their ranch house up Pitcher Canyon, some five miles southwest of town.

The idea is to protect cows while calving, but six cows were so traumatized that they would run away and couldn't be brought in, Hurd said. They may have already lost their calves to wolves, he said.

"We have 24 calves right now when we normally have 35," he said. "It could be the cows are just calving late, but why would wolves not be eating our calves out there?"

The Hurds have signed an agreement with Fish and Wildlife, fencing the calving pasture, electrifying the fence and getting rid of old bone yards, Volsen said. The department will contribute close to $5,000 toward fencing and extra feed, he said.

If there are more problems, the department will flag the fence to deter the wolves, Volsen said.

The plan is to hold the cattle in the pasture until deer migrate into the high country on the theory the wolves will follow the deer, Hurd said.

But Hurd and his brothers, Scott and Doug, all in their 50s, are apprehensive.

"I am not out to anger wolf people," Ross Hurd said. "I'm not here to say we need to kill the wolves, but what do we have to do to continue in the cattle business? What business model supports that? We will have increased feed costs and losses.

"We'd like to keep ranching. We're doing the best we can. I don't understand the goal of Fish and Wildlife. If the pack becomes 10 does it make it easier for us?"

The brothers are the fourth generation in the family that has owned the ranch for more than 100 years.