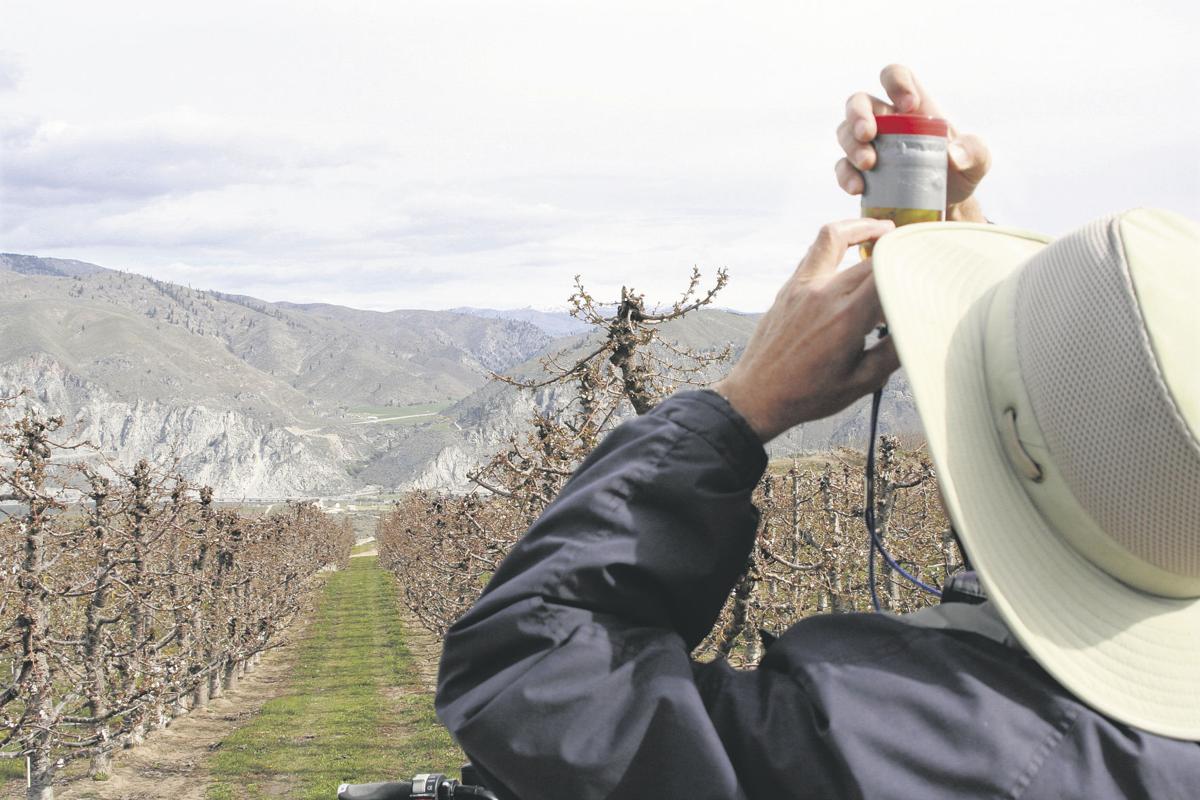 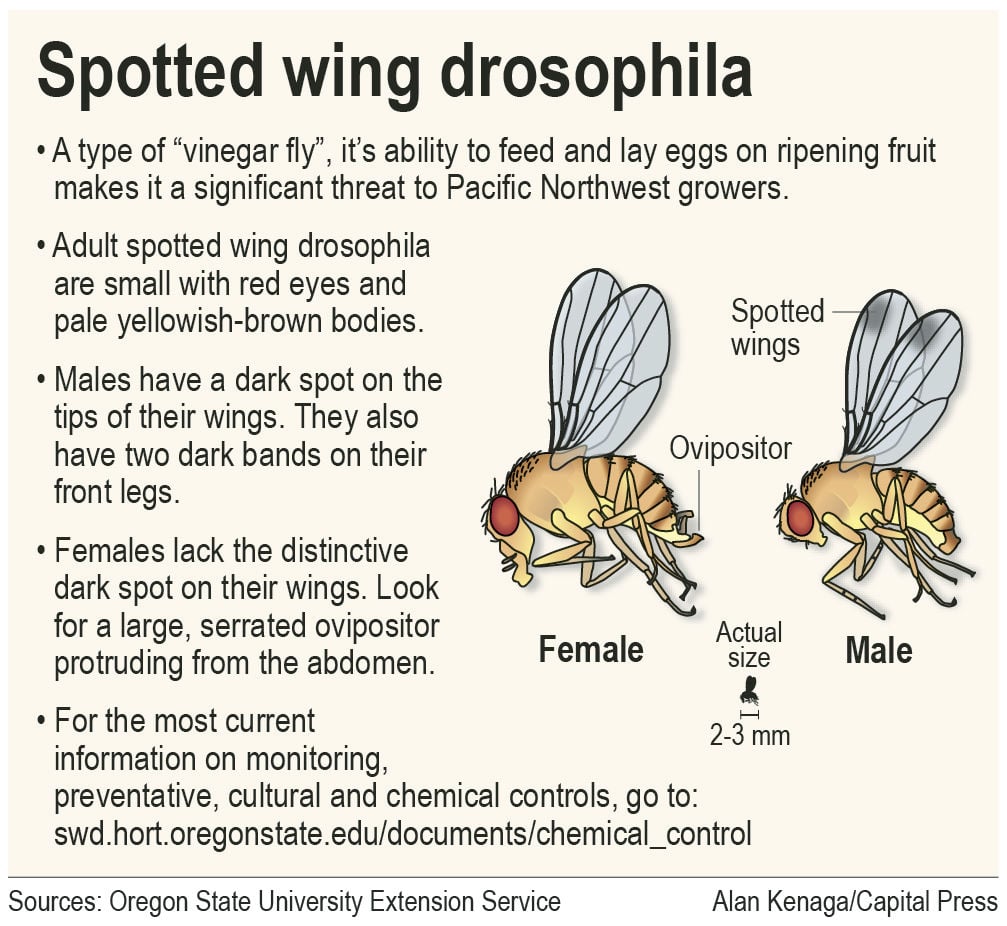 WENATCHEE, Wash. -- Spotted wing drosophila made only a shadow of the appearance scientists expected in central Washington in 2011.

It's still too early to know whether it will become "a terrible scourge or a relatively minor pest" in Central Washington as it afflicts mainly cherries, said Elizabeth Beers, entomologist at the Washington State University Tree Fruit Research and Extension Center in Wenatchee.

"It could fall either way on the pest spectrum," she said.

An Asian pest first detected in the U.S. in California strawberries in 2008, spotted wing drosophila damaged cherries there and spread north into Western Oregon and Western Washington, damaging berries.

Discovered in Eastern Washington on June 28, 2010, it was found in the largest numbers, on average, near Orondo, Wenatchee, Tonasket and Quincy.

The biggest threat has been to cherry growers. Spotted wing drosophila seems to dislike the acidity of grapes and the thick skin of pears and apples.

WSU researchers trapped 60,381 spotted wing drosophila in Central Washington in 2010 and expected more in 2011, figuring 2010 was a year of establishment from which it would increase.

Beers and Doug Walsh, WSU entomologist in Prosser, more than doubled their traps in 2011 but collected just 13,807 flies, 90 percent fewer when corrected for the number of traps and frequency they were checked.

"The most logical explanation is the pre-Thanksgiving Day freeze of 2010 and the cool, wet spring of 2011 knocked it back enough that it never really took off," Beers said. The suddenness and the severity of the freeze took its toll, she said.

Counts likely will be back up to 2010 levels in 2012 if spring is warmer and lacks sudden freezes, Beers said.

However, trapping could decrease. It cost about $100,000 to operate 690 traps in Central Washington in 2011 and funding beyond a lower base level for 2012 is uncertain, she said. The money pays for two people to collect samples and change traps and a third person to evaluate samples.

Oregon's Willamette Valley did not experience the pre-Thanksgiving Day freeze in 2010 and had similar numbers of the pest in 2010 and 2011, Beers said. California also had normal numbers in 2011, she said.

Spotted wing drosophila was detected this year in a cherry orchard in the Flathead Lake region of Montana and in noncommercial berries in backyards on the East Coast and Nova Scotia, Canada, she said. It was found in the fall of 2010 in blueberries in Michigan. It presumably spreads by human transportation and is believed to have come to California from Hawaii, she said.

Populations peak in late April and early May and again later in the season in California where winters are mild. In Central Washington, where winters are harsher, it peaks in the fall after cherries are harvested.