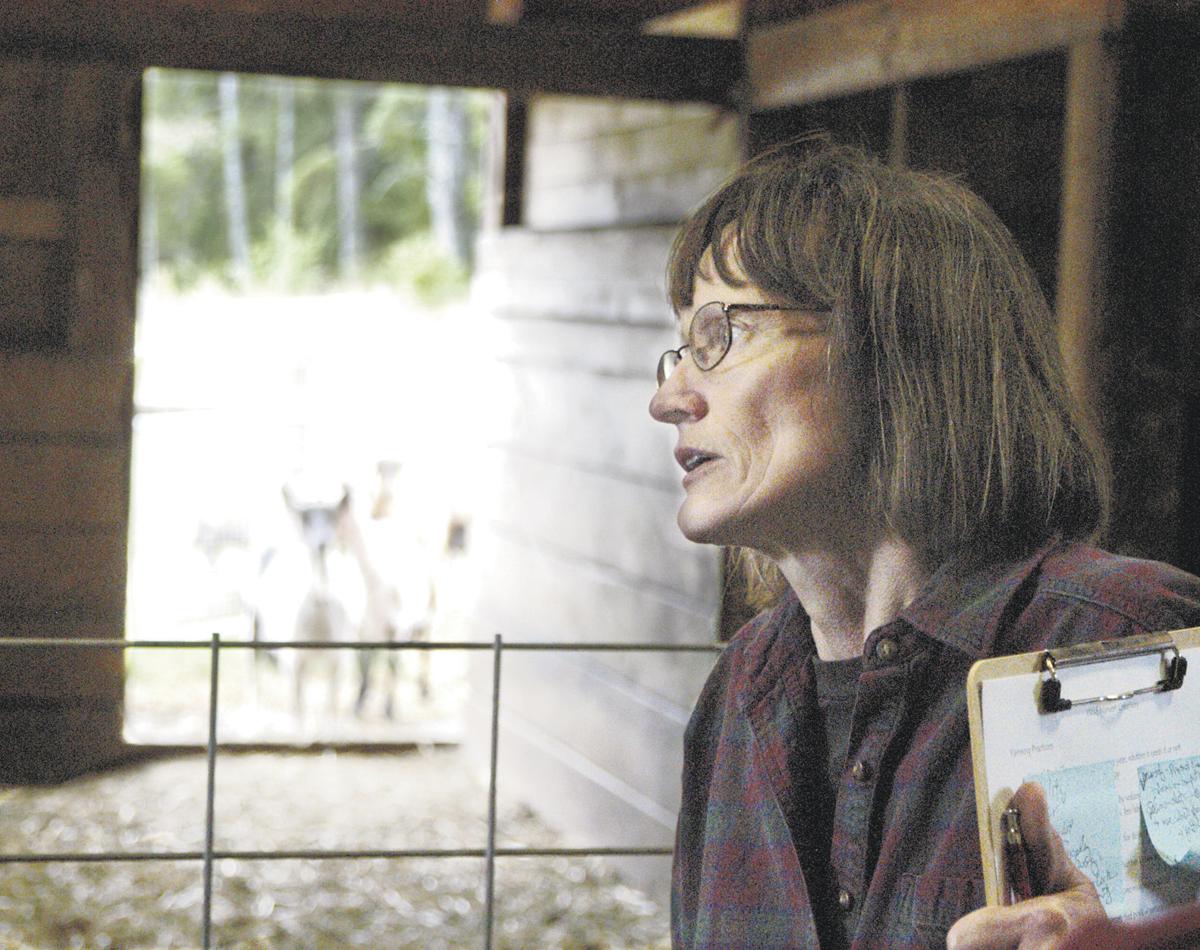 Steve Brown/Capital Press Suzanne Tyler, cheesemaker at Wild Harvest Creamery near Chimacum, Wash., talks to visitors while some of her 40 Alpine, La Mancha and Oberhasli dairy goats peer in the barn door. 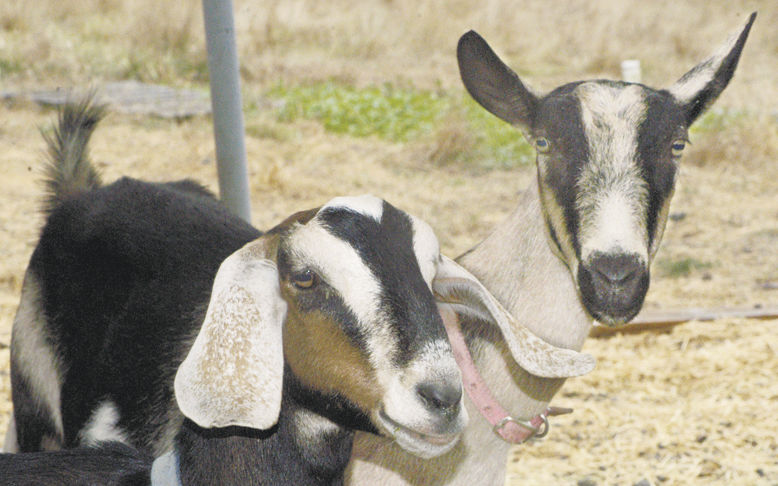 Steve Brown/Capital Press Suzanne Tyler, cheesemaker at Wild Harvest Creamery near Chimacum, Wash., talks to visitors while some of her 40 Alpine, La Mancha and Oberhasli dairy goats peer in the barn door.

PORT TOWNSEND, Wash. -- The northeast corner of Washington's Olympic Peninsula was once home to a thriving dairy industry. Generations of dairy families raised herds of cows at 40 or more farms around Chimacum and Quilcene, supplying milk to Seattle and Alaska.

But since the dairy heyday in the 1940s and '50s, those numbers have dwindled. Now there is one dairy left, milking 80 to 100 head for the organic market.

Kate Dean, outreach coordinator for Jefferson LandWorks Collaborative in Port Townsend, has lived in the area 12 years. Her organization works to preserve farmland in Jefferson County by keeping it economically viable.

"It is distressing to see such beautiful pasture land that was cared for by generations of dairies now being underutilized," she said.

Dean blamed the price of milk and strict environmental regulations for the loss of that part of the economy.

However, a new scale of dairying has begun to emerge: the micro dairy.

A recent tour of three micro dairies illustrated how entrepreneurs can fashion their operations to suit their energy, their resources and even their ages.

"I'm 50, and I don't want to mess with big animals," said Suzanne Tyler, cheesemaker at Wild Harvest Creamery near Chimacum. "And goats do pellets; cows do liquid manure."

"But cheesemaking doesn't pay the mortgage," she said. "Mike is a veterinarian three days a week, and he works on the farm the other seven days. That's farming."

The Tylers' diversified operation includes sheep, chickens, ducks, turkeys and pigs, all of which take their turns foraging in the pastures.

Diana Dyer make not only cheese but also soaps and bottled raw milk from her 18 milking goats at Whiskey Hill Farm near Port Townsend.

"I tend all the goats myself and hire some part-time help," she said.

Dyer hasn't needed to cut the prices of her product, she said, but in response to the tough economy she's turning out her cheese in smaller packages. "People buy it as a treat or for a special meal. The milk demand has been consistent and (is) still climbing."

At Mystery Bay Farm, on Marrowstone Island, Rachael Van Laanen also has seen plenty of demand for her artisan cheese, produced from her small herd of seven adult American Alpines. "I'm planning to milk 13 next year. I'm not trying to build my herd real fast. Instead I'm raising them myself."

Cheese income is supplemented by hosting educational tours and classes.

In addition to the three Washington State Department of Agriculture-certified dairies, one more is in the works at this point, Dean said.

"Of course, the land in operation doesn't even come close to what was once being used," she said. "But it's great to see what can be done on a small acreage with intensive management. The glory of a small scale is you can have a good profit margin per unit, and you're more in control of prices."