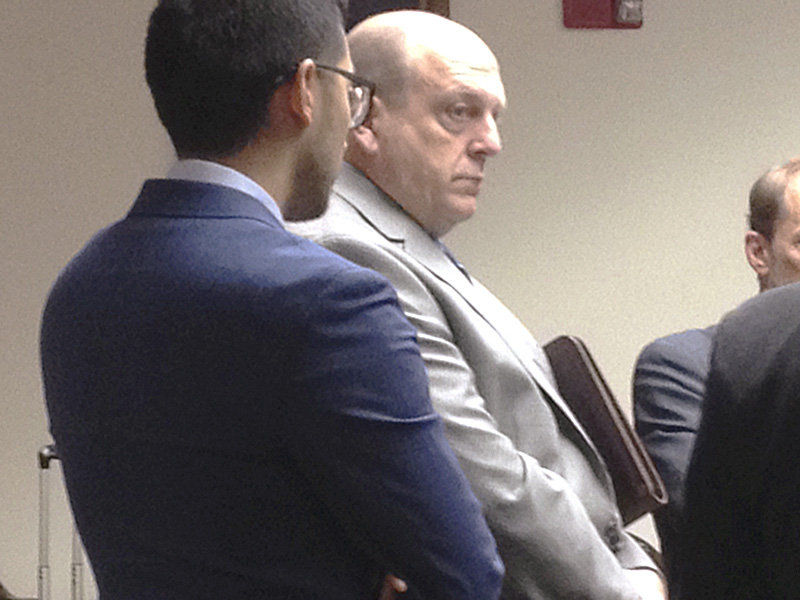 Washington Department of Fish and Wildlife Director Kelly Susewind confers with agency attorneys Aug. 31 in Thurston County Superior Court during a break on a hearing on whether the agency can move ahead with plans to kill a wolf in a pack attacking livestock. 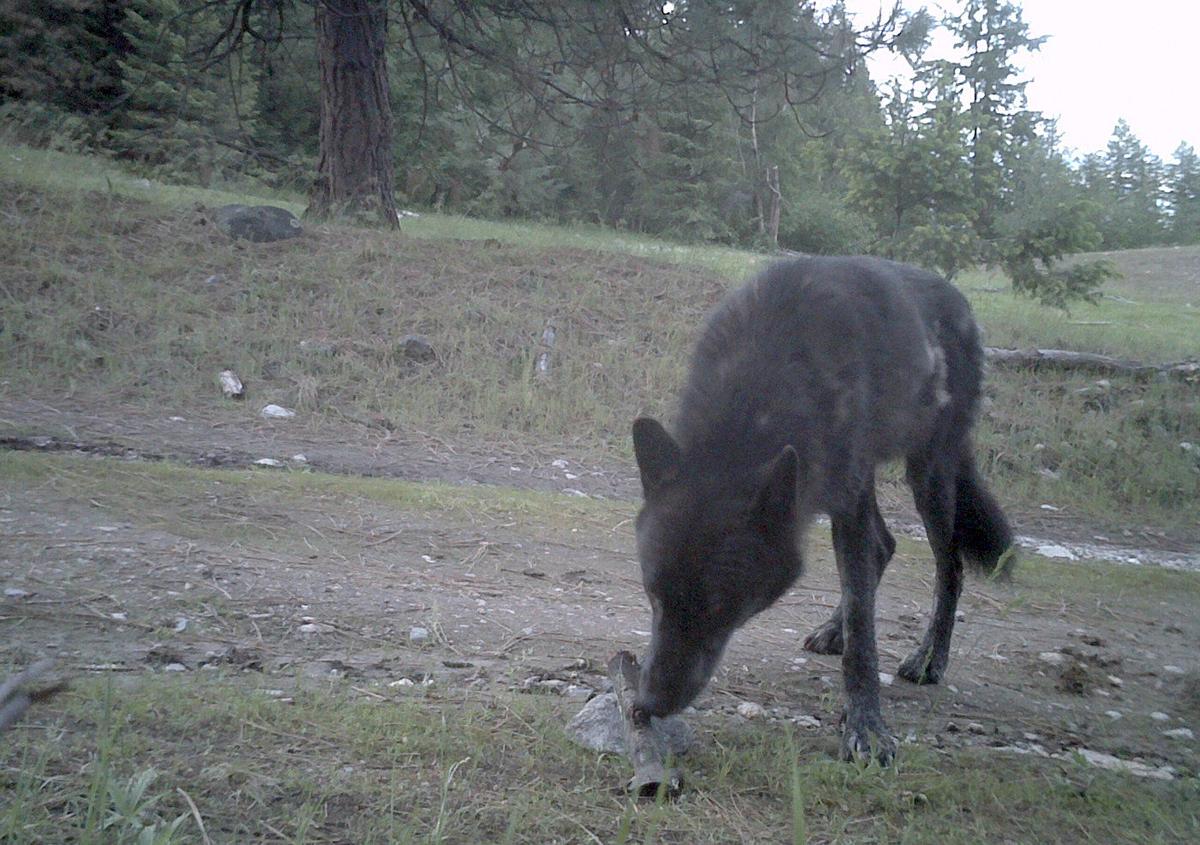 A wolf in northeast Washington photographed by a trail camera. A calf was fatally injured earlier this week in Stevens County, Wash.

Washington Department of Fish and Wildlife Director Kelly Susewind confers with agency attorneys Aug. 31 in Thurston County Superior Court during a break on a hearing on whether the agency can move ahead with plans to kill a wolf in a pack attacking livestock.

A wolf in northeast Washington photographed by a trail camera. A calf was fatally injured earlier this week in Stevens County, Wash.

OLYMPIA — A northeast Washington male wolf in a pack that killed a cow and injured two calves in August can be killed by the Department of Fish and Wildlife, a judge ruled Friday.

Thurston County Superior Court Judge Carol Murphy declined to extend a restraining order that was due to expire at 5 p.m. Murphy said the Center for Biological Diversity and Cascadia Wildlands had failed to show they would suffer irreparable harm if the department shot the wolf.

The two groups plan to continue to press in court their broader claim that Fish and Wildlife’s lethal-removal policy was adopted without adequate scientific or public vetting. “We’re not done,” Center for Biological Diversity wolf organizer Amaroq Weiss said.

The temporary restraining oder, issued Aug. 20 by Judge Chris Lanese, blocked Fish and Wildlife from targeting the wolf beginning that day. Three days later, a rancher reported being confronted by the same wolf and shooting at it in self-defense. The wolf was apparently wounded in the left rear leg, according to a Fish and Wildlife biologist who saw the animal. The wolf is wearing a radio collar that transmits its location.

Fish and Wildlife determined that the pack, which has one other known adult and at least two pups, likely will continue to attack cattle, even though the male was wounded. “It was injured, but it was moving well, and again we want to change pack behavior,” Fish and Wildlife Director Kelly Susewind said.

The department’s policy calls for it to consider lethal removal after three depredations in 30 days or four depredations in 10 months. The Togo pack crossed both thresholds by attacks on cattle in Ferry County dating back to Nov. 2. Three attacks occurred between Aug. 8 and Aug. 18 on Forest Service grazing allotments. Earlier depredations included attacks on private land.

The department’s wolf policy coordinator, Donny Martorello, said the injured wolf may seek out cattle rather than deer. “It may have a propensity for slower prey,” he said.

Lanese’s order temporarily shelved guidance developed by the department’s Wolf Advisory Group on when to kill one or two wolves to protect livestock. The department plans to leave the pack’s female adult alive. “We don’t think (killing the male) automatically dooms the pups,” Martorello said.

Weiss said killing the male could lead the lone surviving wolf to seek out slower-moving calves to feed the pack. “The agency is shooting itself in the foot by going out and killing the wolf,” she said.

Fish and Wildlife says shooting the wolf will not be a setback for the state’s goal of having a stable population of reproducing wolves throughout the state. So far, wolves are mostly concentrated in Ferry County and three other northeast Washington counties.

The department says removing a wolf or two soon after depredations start is more effective in stopping attacks and lessening the need to eliminate an entire pack.

“Earlier would have been better, but we think it’s still an appropriate course,” Susewind said.

The lethal-removal policy challenged by the Center for Biological Diversity and Cascadia Wildlands was supported by several environmental and animal-rights groups on the Wolf Advisory Group. For several years, the department has hoped collaboration between different groups, including ranchers and hunters, will foster broad support for wolf recovery, but that removing wolves to protect livestock was a last resort.

A judicial order blocking the lethal-removal policy would have tested the department’s ability to bridge differing viewpoints on wolves.

“I can’t speculate on what it would have done, but I’m glad it didn’t happen,” Susewind said.

This is an update of a story that appeared Aug. 31.