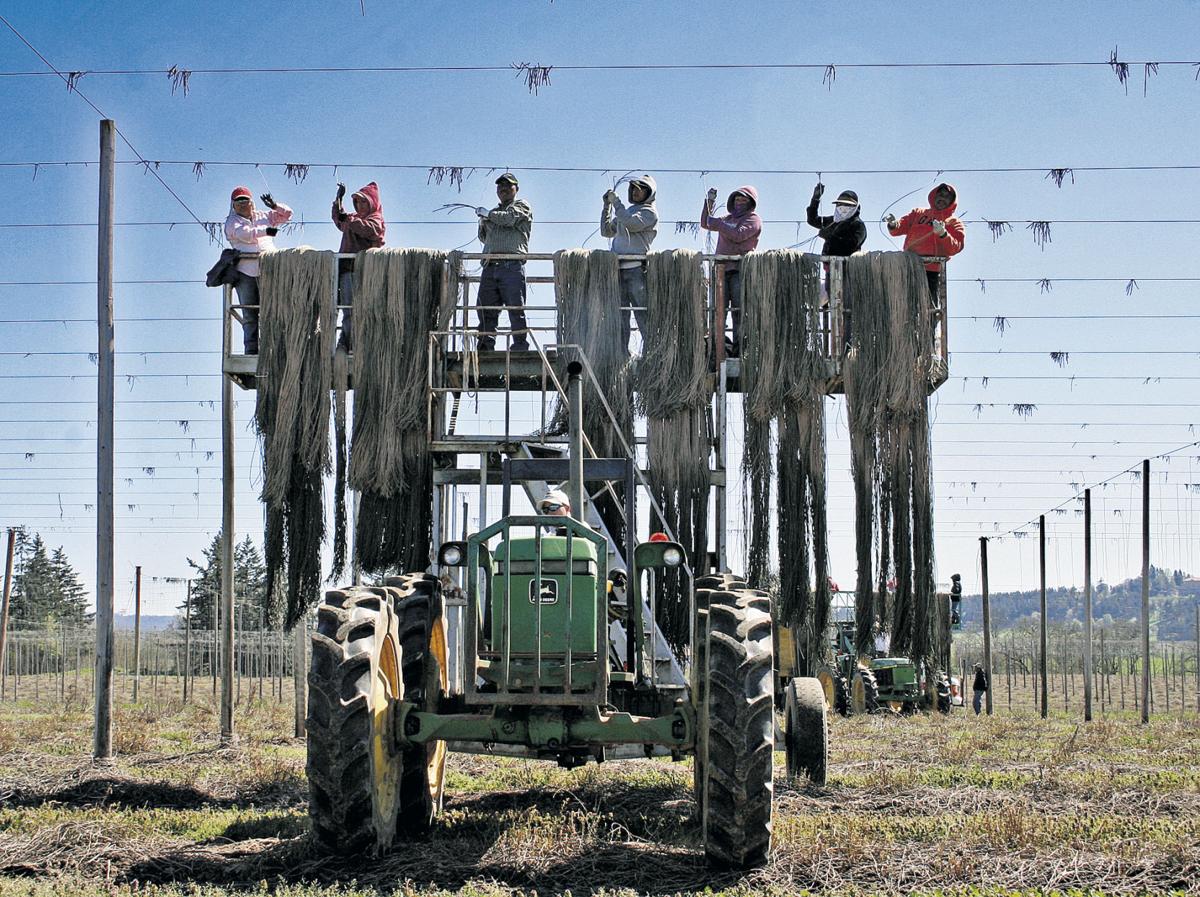 Mateusz Perkowski/Capital Press Workers string hop trellises in the spring of 2009. A proposed partnership between Oregon State University and a private hop merchant, Indie Hops, has caused controversy in the hop industry. 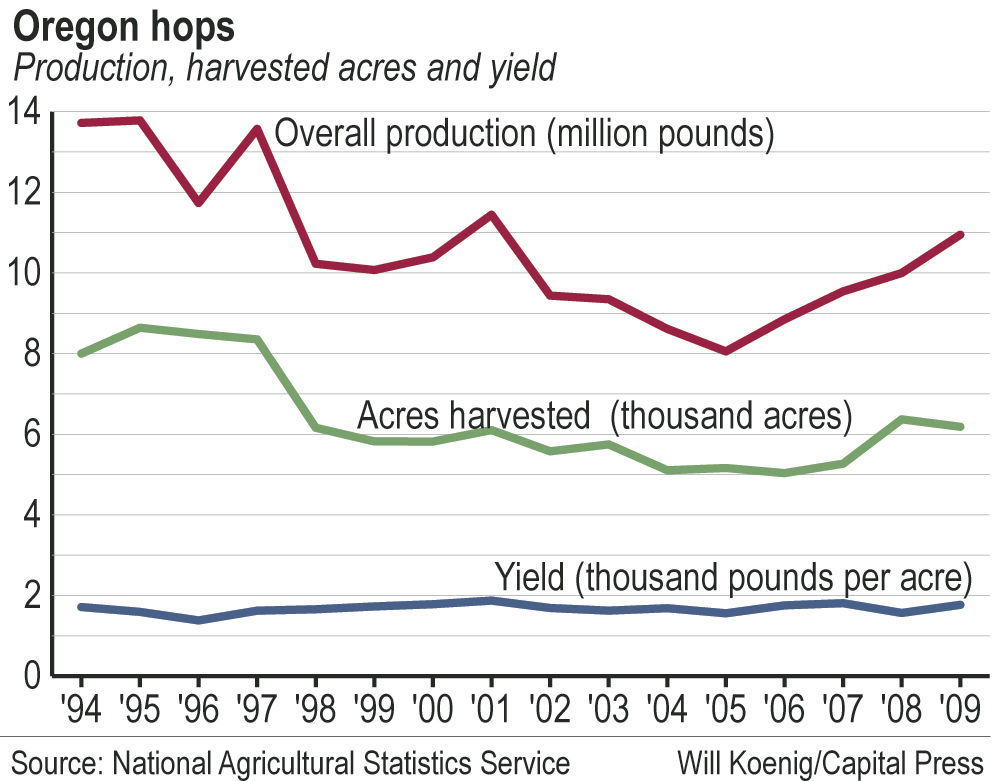 Mateusz Perkowski/Capital Press Workers string hop trellises in the spring of 2009. A proposed partnership between Oregon State University and a private hop merchant, Indie Hops, has caused controversy in the hop industry.

A proposed hop-breeding partnership between a public university and a private company has come up against opposition from some hop farmers in Oregon.

Oregon State University is developing an agreement with Indie Hops, a startup hop merchant based in Portland, to develop proprietary varieties for the craft brewing industry.

Breeding efforts have traditionally been geared to meet the needs of large brewing companies, so the company sees a niche in catering to smaller brewers, Solberg said.

"The craft brewers have not had ingredients targeted to them," he said.

OSU's 17-acre hop breeding facility had previously been used by John Henning, a research geneticist from USDA. Henning has now decided to scale back his research efforts, freeing up much of the acreage used for breeding.

Henning said he could not speak to the Capital Press without authorization from the USDA.

Russ Karow, head of OSU's crop and soil science department, said Henning wants to concentrate on identifying genetic traits that are beneficial to all hop varieties.

Henning decided to shift his focus largely due to negative feedback from the hop industry, which was dissatisfied with cultivars previously introduced through the USDA breeding program, Karow said.

In light of Henning's decision, OSU was open to the possibility of working with Indie Hops, Karow said.

By providing funding for breeding activities, the company would supplement research conducted by USDA and the university's food science and technology department, he said.

"Having all these groups working together would strengthen the effort we have under way," Karow said.

The proposed partnership raised alarm with the Oregon Hop Commission, which has asked the university to postpone the agreement until the industry figures out how to maintain a public research program.

Doug Weathers, a hop farmer near Salem, said he opposes the deal because hop varieties developed at a public facility should be available to the entire industry, not just one private company.

Other hop merchants have developed proprietary cultivars without relying on university facilities, he said. "They went out and did it on their own."

The agreement between OSU and Indie Hops is undergoing legal review, Karow said. If it becomes final, the deal does not preclude the continuation of a public breeding program, possibly at another site, he said.

The Hop Research Council, a nonprofit industry group, recently announced it would fund a public hop breeding program for up to $156,000 per fiscal year.

The controversy over OSU's proposed deal with Indie Hops can be chalked up general anxiety in the Oregon hop industry, Karow said.

Farmers are nervous about the potentially changing buying habits of a major brewer, Anheuser-Busch, due to the company's merger with the Inbev corporation last year.

"There's just so much flux right now in the industry," Karow said. "These changes were just another layer of uncertainty."