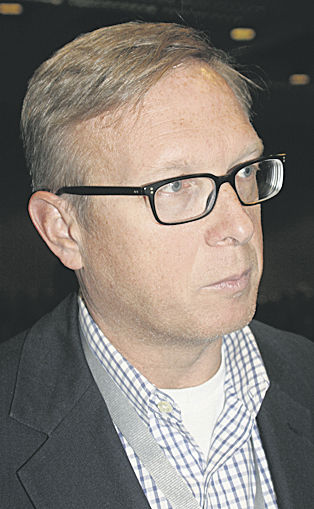 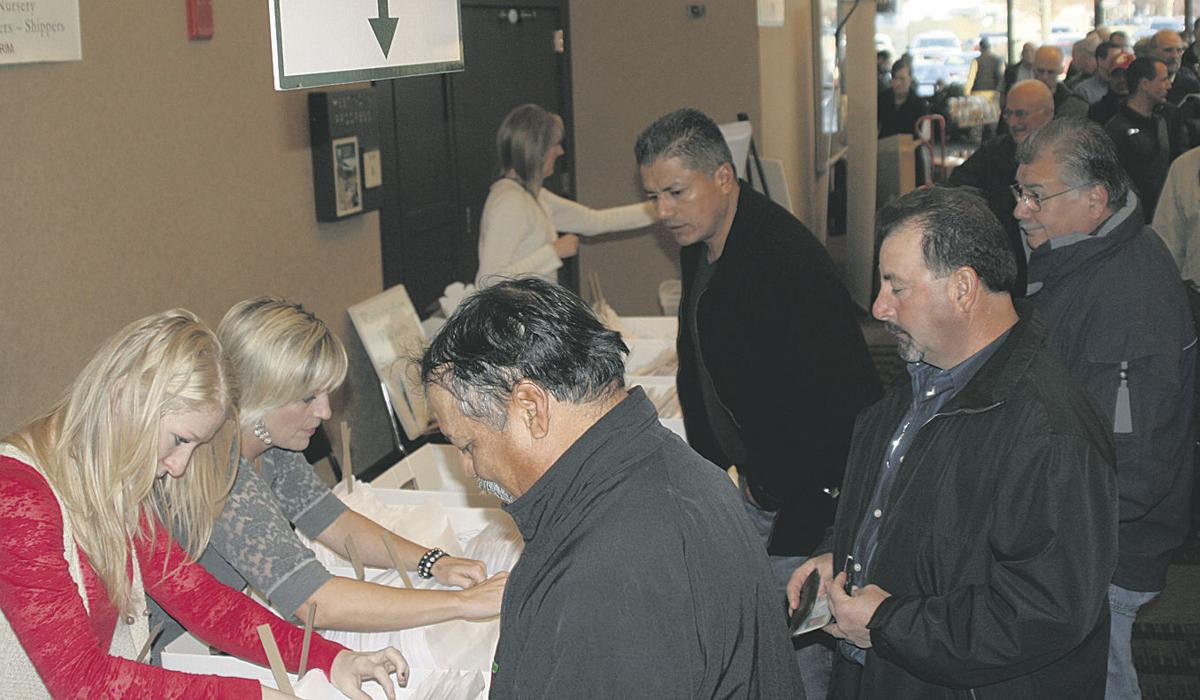 Dan Wheat/Capital Press Kylie Brunner and Nicole Brunner search packets by name for line of registrants at the opening of the Washington State Horticultural Association annual meeting, Dec. 3, at the Yakima Convention Center. More than 1,400 people attended. Staff said that's up maybe because of good seasons in the Washington apple industry.

Dan Wheat/Capital Press Kylie Brunner and Nicole Brunner search packets by name for line of registrants at the opening of the Washington State Horticultural Association annual meeting, Dec. 3, at the Yakima Convention Center. More than 1,400 people attended. Staff said that's up maybe because of good seasons in the Washington apple industry.

YAKIMA, Wash. -- Labor-intensive agriculture across the nation has united on an ag labor reform framework and is seeking broader support for what it sees as a narrow window of opportunity for congressional action next year.

He spoke Dec. 4 at the Washington State Horticultural Association annual meeting in Yakima.

Ag labor reform likely will be part of comprehensive immigration reform or a smaller portion of it, Guenther said.

Contacted in Washington, D.C., Craig Regelbrugge, co-chair of ACIR, said ACIR and American Farm Bureau "are absolutely joined at the hip" in a desire to get the best possible deal for agriculture in immigration reform. The two groups have had differences.

The groups united on a framework put forth by the Farm Bureau and massaged by a larger coalition, Regelbrugge said.

"There may be a window of opportunity sooner rather than later and that window may open and close relatively quickly," Regelbrugge said. "A united agriculture solution is critical and support or lack of opposition from United Farm Workers will be critical."

A President Romney may have signed a solution without UFW support, but President Obama won't, he said.

The proposal calls for limited ag-only work authorization for undocumented workers already in the U.S. and a new agricultural visa program to allow greater flow of ag workers into the U.S. on 12-month contracts or working without contracts for numerous registered employers for up to 11 months.

At the horticultural association meeting in Yakima, Nancy Foster, president of U.S. Apple Association, and Jon Wyss, government affairs director at Gebbers Farms of Brewster, voiced optimism about the likelihood of congressional action next year.

"I feel more optimism than in the last five to seven years because Republicans are scratching their heads on immigration reform, knowing the liability of it from the election," Foster said.

Proponents of ag labor reform are getting calls now from people who opposed immigration reform in 2006 wanting to know what they can do to pass it, Wyss said.

"That means we have a short window of opportunity," he said. "Most likely January, February and March and then the congressional break. Members hear what their constituents say and after that it could pass in May."

A bill should be "on the cusp" of passing and growers need to go to Washington, D.C., to lobby for it, Wyss said.

He noted an AgJobs bill was about to pass in 2001 but was blown off the agenda by the 9/11 terrorist attack. He said the Bush administration was very close on immigration reform in 2006 and "then the U.S. Chamber of Commerce broke away and everything fell apart."

Guenther agreed things can change quickly. He said he thinks something will pass and that the new labor intensive agriculture coalition has to stay together. The coalition will have leverage on how a new guestworker program is shaped but won't have as much voice on the broader issue of how to handle undocumented workers already in the U.S. to maintain a skilled workforce, he said.

"The debate is what to do with the current illegal workforce," Guenther said. "That's the biggest political elephant in the room. That's where we will see shifting between now and May."