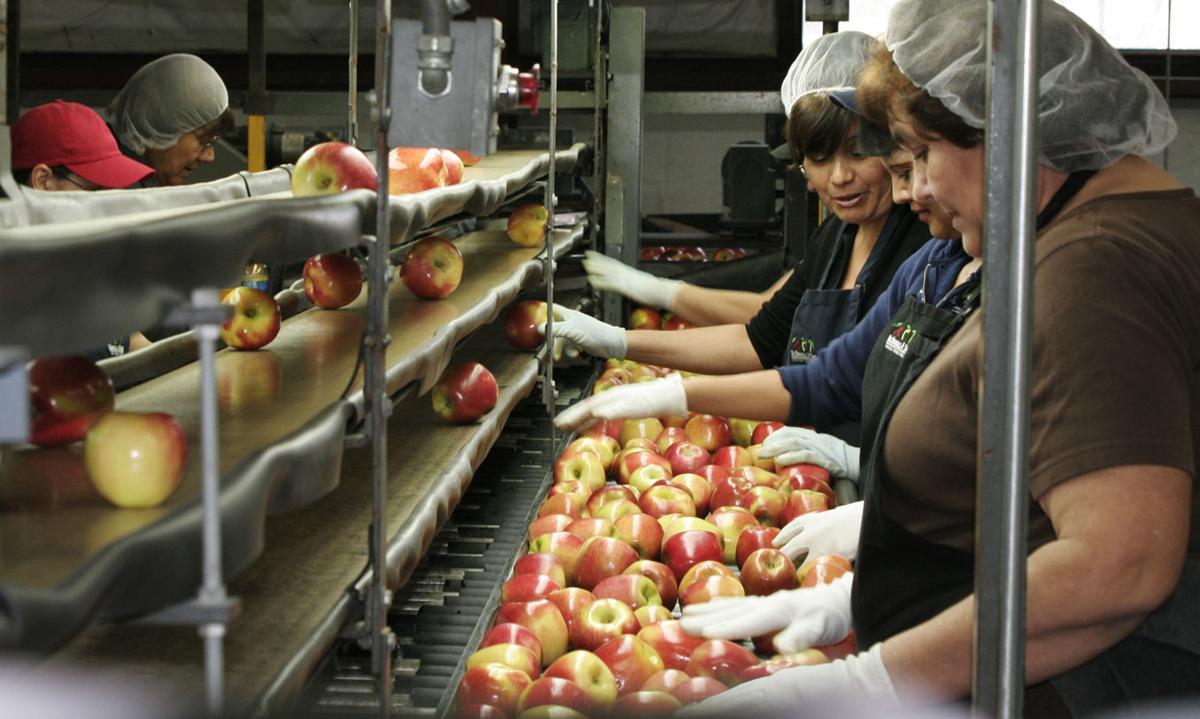 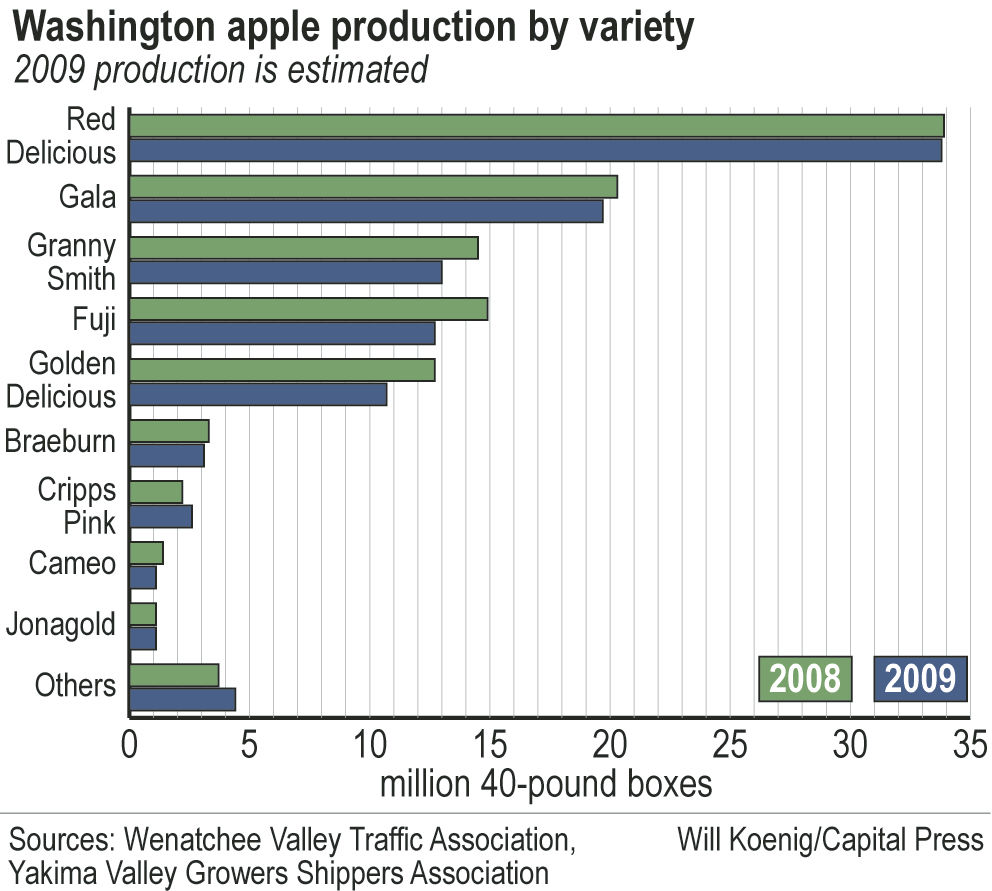 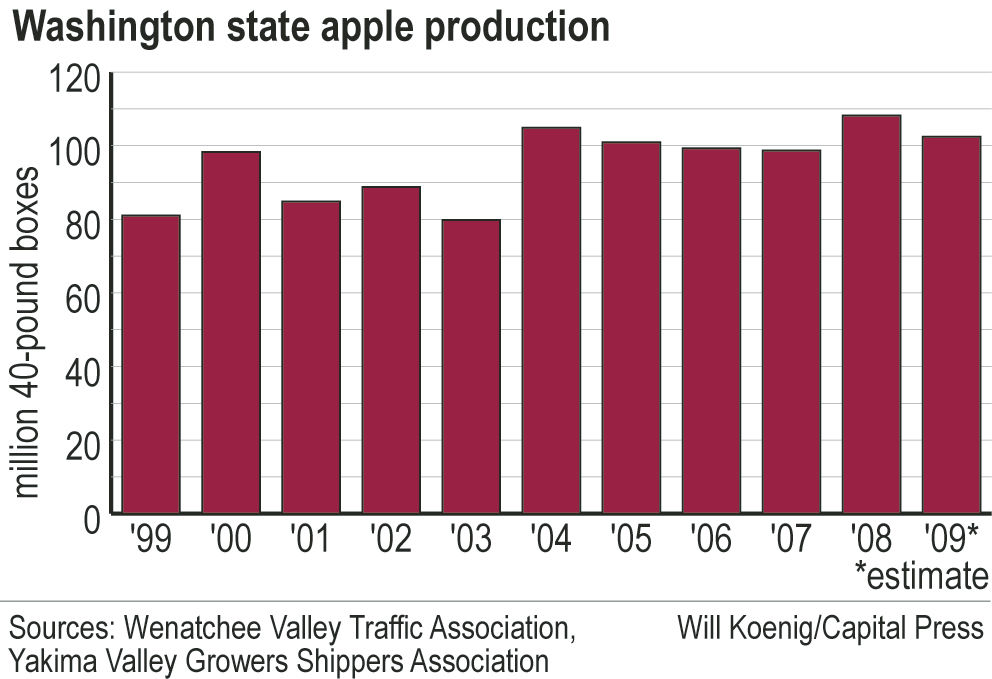 WENATCHEE, Wash. -- Washington fresh-apple marketers expect a better sales season than last year due to a 4.5 percent drop in the latest crop estimate.

But a private consultant warns of concerns.

Prices are climbing after a downward slide caused by last year's record-volume crop. But a large supply of apples in Michigan and New York, potential price wars among big retailers and the "buy-local" movement are all concerns for the Washington apple industry, said Desmond O'Rourke, a retired Washington State University agricultural economist and private consultant in Pullman.

"Michigan has a large supply. Part of the problem is processors are slow in buying, and so some of that is going to the fresh market," O'Rourke said.

Michigan and New York have been planting more fresh-market apple varieties because they can't survive on processor-apple prices, he said. If the "buy-local" movement catches on in those states, it could hurt Washington apple producers, who depend on sales to the East Coast, he said.

Big retailers like Wal-Mart and Safeway have been cutting prices on various commodities, and if they get into an apple price war, producers will be hurt, O'Rourke said.

O'Rourke commented on the November storage report released by the Wenatchee Valley Traffic Association and the Yakima Valley Grower Shippers Association. The two associations have been tracking apple crop size and sales since 1917.

The November report is the first actual count of apples in storage and shipped so far in the new sales season that began in August, said Charles Pomianek, manager of the Wenatchee association. The report allows shippers to see where they are in relation to each other so they can better target sales and avoid running out of fruit early, he said.

The report estimates the 2009 crop at 102.4 million 40-pound boxes of fresh-packed apples. That's down from the 107 million boxes forecast Aug. 1. Much of the decline is from an Oct. 10-12 freeze that hit late varieties, particularly Braeburn, said Kirk Mayer, manager of the Wenatchee-based Washington Growers Clearing House Association.

Mayer said warehouses stepped up quality control for fruit received after the freeze. He said packouts of those bins may drop during the yearlong shipping and selling season.

Stuart McDougall, president of McDougall & Sons Inc., a Wenatchee packer-shipper, said he hasn't heard of any fruit arriving at destinations in bad condition, but warehouses are concerned about damage from the freeze. He said some might be raising storage temperature and oxygen levels to compensate. He said concern about freeze damage is one reason so much fruit has been shipped so far. He said it will take time to know if there's been much damage.

Mike Wade, general manager of Columbia Fruit Packers Inc. of Wenatchee, said apples seem to have withstood the freeze perhaps because it was the hardest just one night.

Pomianek said a record 17.6 million boxes of apples had been shipped as of Nov. 1, compared with 15.1 million on Nov. 1, 2008, and 15.9 million on that date in 2007. He credited good quality and the low value of the dollar in foreign markets for high demand.

Movement has been helped by better fruit size this year, said Dan Kelly, assistant manager of Growers Clearing House. Last year's record 108.2-million-box crop had too many small apples, Kelly said. As a result, prices started a long downward slide, ending the season at an average of $16.72 per box for all varieties, he said. That price was close to break-even on costs for some growers, depending on variety and volume, he said.

Prices started high a year ago, coming off the best season in recent memory from the 2007 crop, Kelly said.