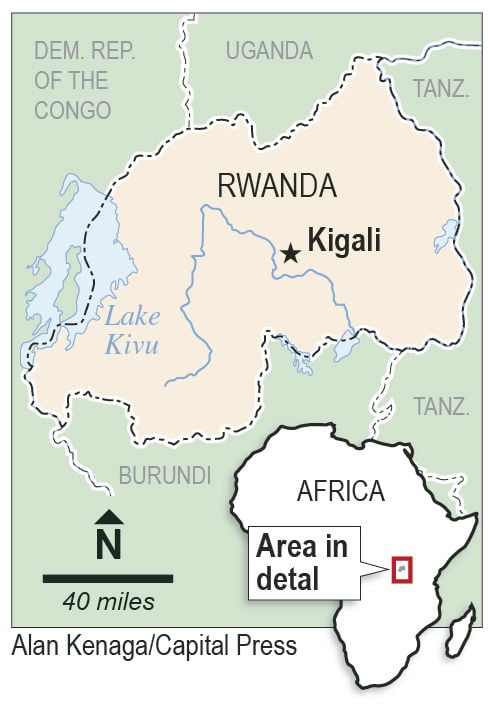 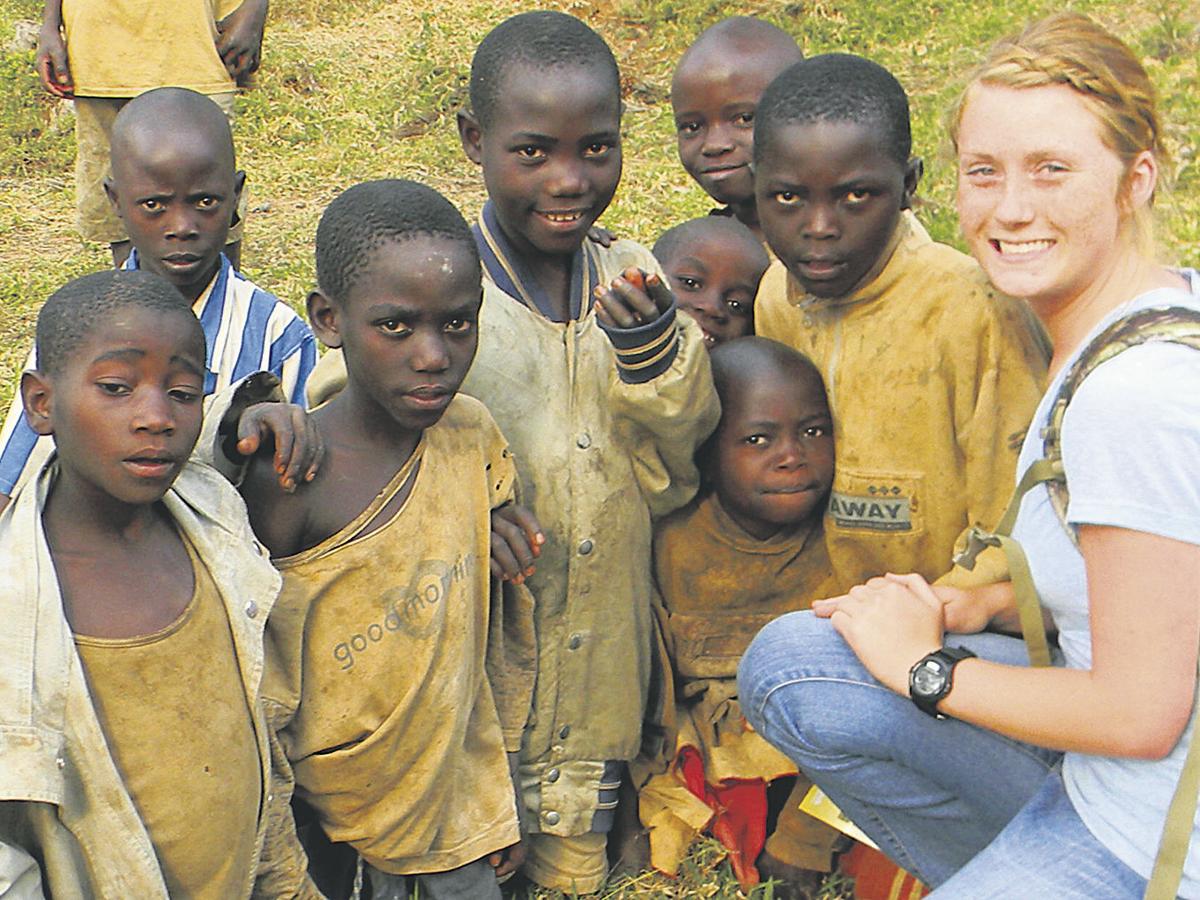 Marsh hopes to start her own nonprofit to help Africa

PULLMAN, Wash. -- As part of her work in Africa, Washington State University student Victoria Marsh asked a Rwanda farmer how many months of the year he had been hungry.

"Desperation was just written on his face and he looked at me and said, 'Every month,'" Marsh recalled. The farmer had planted sorghum, but not a single plant sprouted due to a lack of soil fertility.

"It's one thing to hear about hunger and see it on TV, but when you can see the need on somebody's face, ..." Marsh said. "It slightly crushed me, but it gave me the ability to say, 'This needs to be fixed.'"

Seven students from different universities were selected to participate in the program, which took them all over the country to work on projects from July 13 through Aug. 2. Thomas Griffin of Culver, Ore., an environmental economics, policy and management student at Oregon State University, was also part of the program this summer.

The program, working in conjunction with Catholic Relief Services, is designed to work with local farmers to fight poverty and hunger, and promote sustainable agriculture practices.

"I realized I could take all my agricultural skills, go down on the ground in Africa and pretty much rock their world with knowledge," Marsh said. "Education is so much power, especially to people who really want it."

Rwanda's biggest agricultural need is for fertilizer, Marsh said. People who own cattle don't typically sell manure, using it instead for their own use. Owning an animal is a sign of wealth.

"You hear all these stories about starving, hungry people, poverty and sadness, and it's all there," she said.

Marsh grew up on a 200-acre farm near Buckley, Wash. She participated in FFA for six years, and went on to serve as Washington state secretary from 2009 to 2010.

Marsh works in public relations for the WSU-based non-profit organization Ripple Effect, designed to help residents in Malawai in Africa. She also works in the dean's office for the College of Agricultural, Human and Natural Resource Sciences and is a resident adviser in McEachern Hall. She takes a full-course load each semester.

"She is an incredibly bright young woman who is motivated to put everything she knows into action to improve the quality of life (for) people in need," said Kim Kidwell, associate dean of academic programs for CAHNRS. "Victoria is the type of person that makes me believe our future is in good hands."

"She's always been passionate about helping others," Miller said. "She's just real. She works for what she gets. It doesn't necessarily come easy, but she puts the time, energy, research and resources into it to make it look easy."

In the future, Marsh hopes to work as a nonprofit spokesperson, approaching students in schools about their opportunity to help, but she also wants to help Africans herself. She hopes to start her own non-profit helping African nations develop sustainable ag practices.

"If I have the ability to do something, I feel like it's my responsibility to do it," she said. "It's not just that joke when you don't finish your dinner and 'Oh, starving children in Africa could eat that.' Yeah, they could, but what are you going to do about it?"

A country in need

"When 95 percent of the population is employed through agriculture and 90 percent of that population just throws seeds on the ground, no wonder they're not having any production," Victoria Marsh said.

The average size of a farm in Rwanda is about a half-acre. The government is trying to push farmers out of agriculture into industry, she said.

"There's no nitrogen in the soil, there's barely any bacteria because the soil is so poor," Marsh said.

There's also a push to develop the tuber crop cassava, Marsh said. The drought-resistant plant's leaves are nutritional, and the tuber can be turned into flour, making it one of the only crops that can be stored.

Cassava research efforts are under way. But disease pressure is increasing due to the large number of people planting the crop.