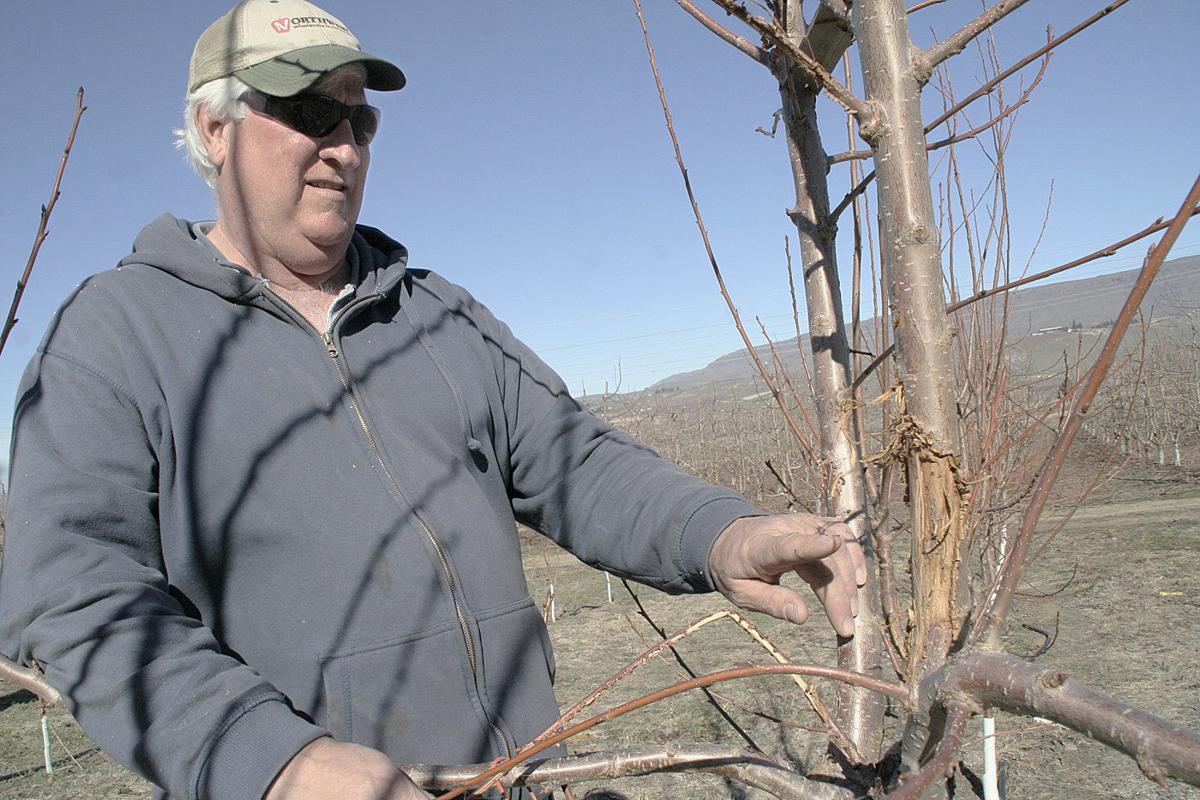 Dan Wheat/Capital Press Mike Trainer shows where elk racks destroyed the stem of a Skylar Rae cherry tree in his orchard south of Wenatchee, Wash., in recent weeks. The photo was taken Feb. 29. Some 130 young trees have been damaged, Each cost $9 to $10. 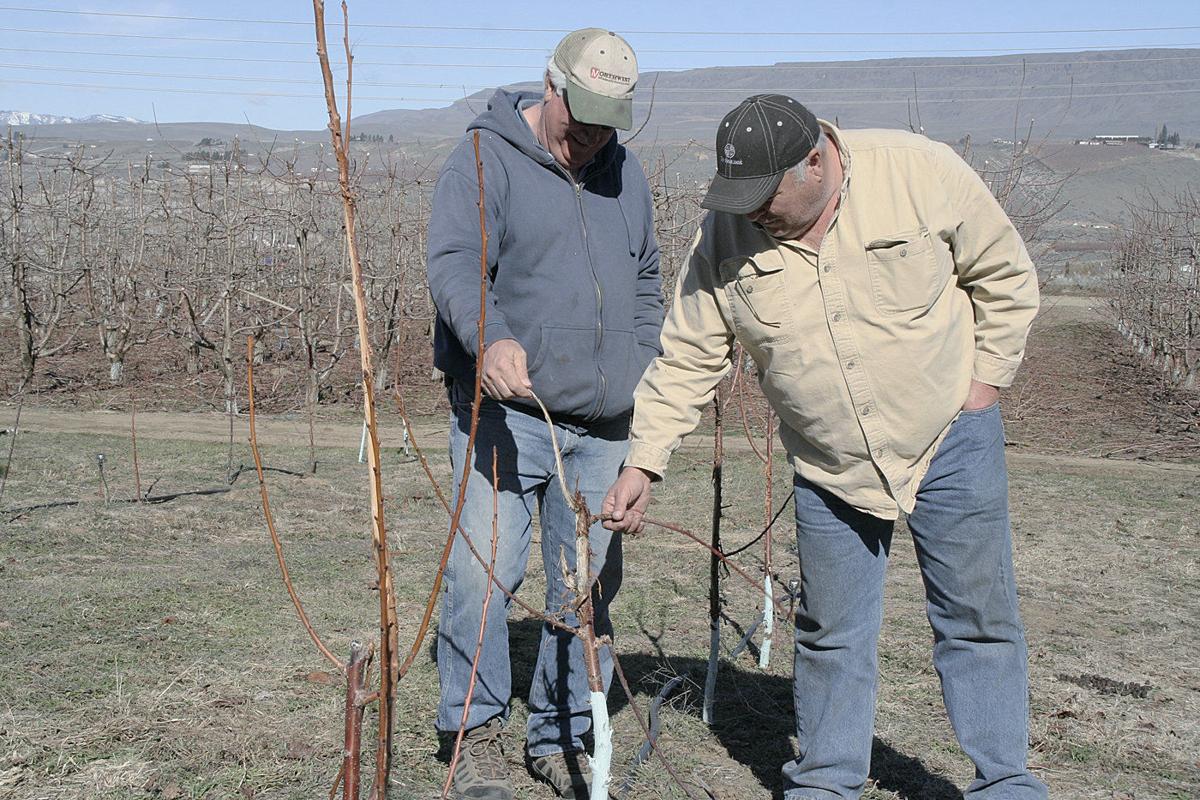 Dan Wheat/Capital Press Mike Trainer shows where elk racks destroyed the stem of a Skylar Rae cherry tree in his orchard south of Wenatchee, Wash., in recent weeks. The photo was taken Feb. 29. Some 130 young trees have been damaged, Each cost $9 to $10.

WENATCHEE, Wash. — Elk have done more damage in orchards around Wenatchee this winter than usual, rubbing antlers on young fruit trees, shredding main stems and branches of their bark and breaking them, orchardists say.

Mike Trainer has counted damage to 130 young cherry trees in his orchard near Malaga, which is seven miles south of Wenatchee. Some of the trees are salvageable and some are not. They are early Rainier-type varieties, Early Robin and Skylar Rae, and cost $9 to $10 apiece.

“I have lived here since 1982 or 1983 and never seen an elk on my property until this winter,” Trainer said.

A herd bedded down in his orchard a few weeks ago and Trainer, his daughter and his father took turns trying to scare them off.

“It’s real stressful when they are destroying your livelihood,” he said.

Trainer said he contacted the Washington Fish and Wildlife Department but all it did was give him shotgun shells and flares for hazing and advised him to build an elk fence.

Trainer figures fencing for his six acres of cherry trees would cost him $10,000 and says he’ll probably do that this fall but would like to find a less expensive solution.

The state could do more, such as thin the Colockum elk herd from 6,000 down to its goal of 4,000 if those who view “animals as more important than people” didn’t have the ear of the governor, he said.

“That’s a pretty sweeping statement of opinion. I don’t share that opinion,” said Jim Brown, WFWD regional director. Brown said the herd is over objective but said he could not say why.

Elk-orchard problems on the east slopes of the Cascades are no more pronounced than in a normal snow year, Brown said. Deer, not elk, are more of a problem in the Okanogan where they are eating ranchers’ haystacks because so much vegetation was burned in wildfires the past two summers, he said.

“The bad thing is no one will do anything about it,” he said.

Elk are a bigger problem, Poirier said a local WFWD agent told him, because excessive hot weather last June killed range grasses, there was more snow this winter and the Colockum herd is 25 percent overpopulated.

Six miles south of Trainer’s orchard, Rene Hernandez, manager of a Columbia Orchard Management orchard, said elk have been a problem for three years, damaging cherry trees, eating buds and eating 50 to 75 bins of apples, valued at $150 per bin, during harvest.

A large herd knocked apples off trees, came back a week later after the apples softened up and ate them off the ground, Hernandez said.

WFWD controls permits and a special drawing among hunters allowed the harvest of 40 elk cows three years ago and 10 this year, but it’s not enough to do any good, he said.

Bull elk are damaging young cherry trees with their racks, but they are exempt from hunting permits, Trainer said.

Brown said the herd Hernandez, Poirier and Trainer are dealing with is a subset of the Colockum herd that is less than 100 elk. Brown said the department is looking at ways to manage it more closely, including additional permits to reduce the herd.