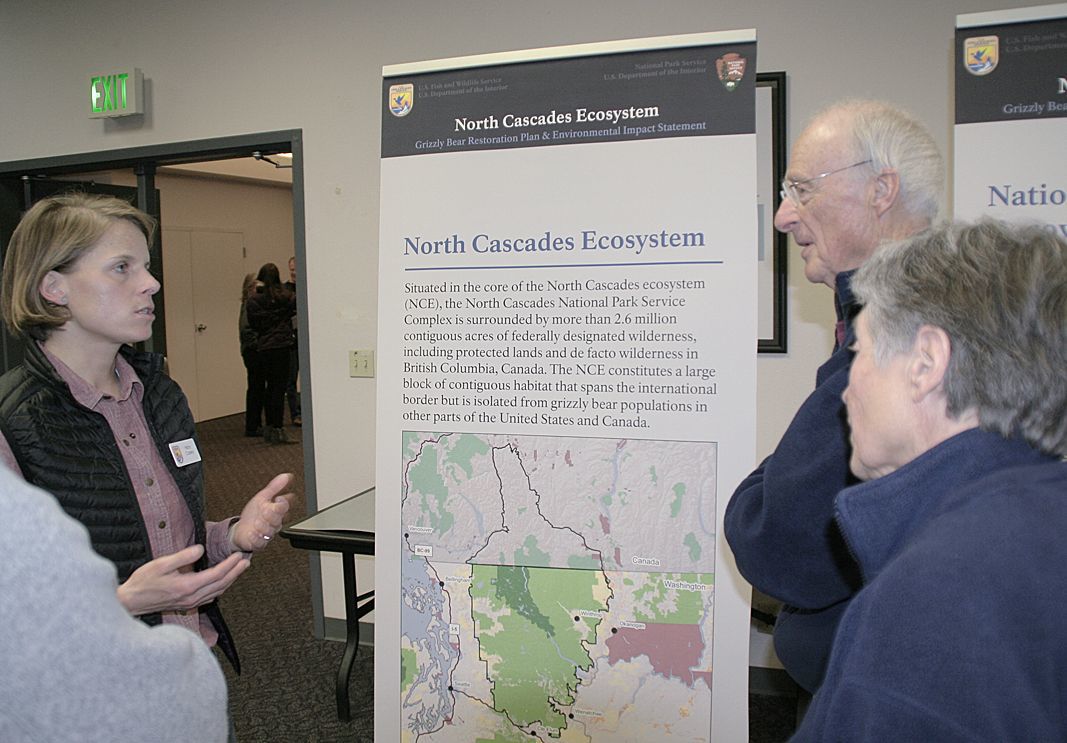 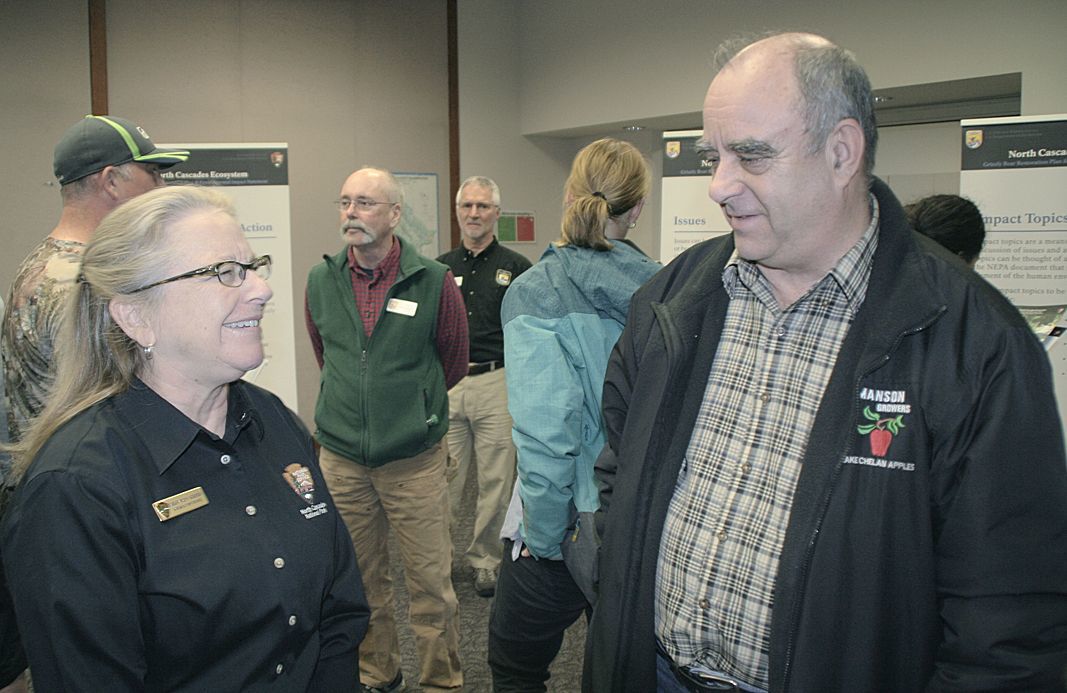 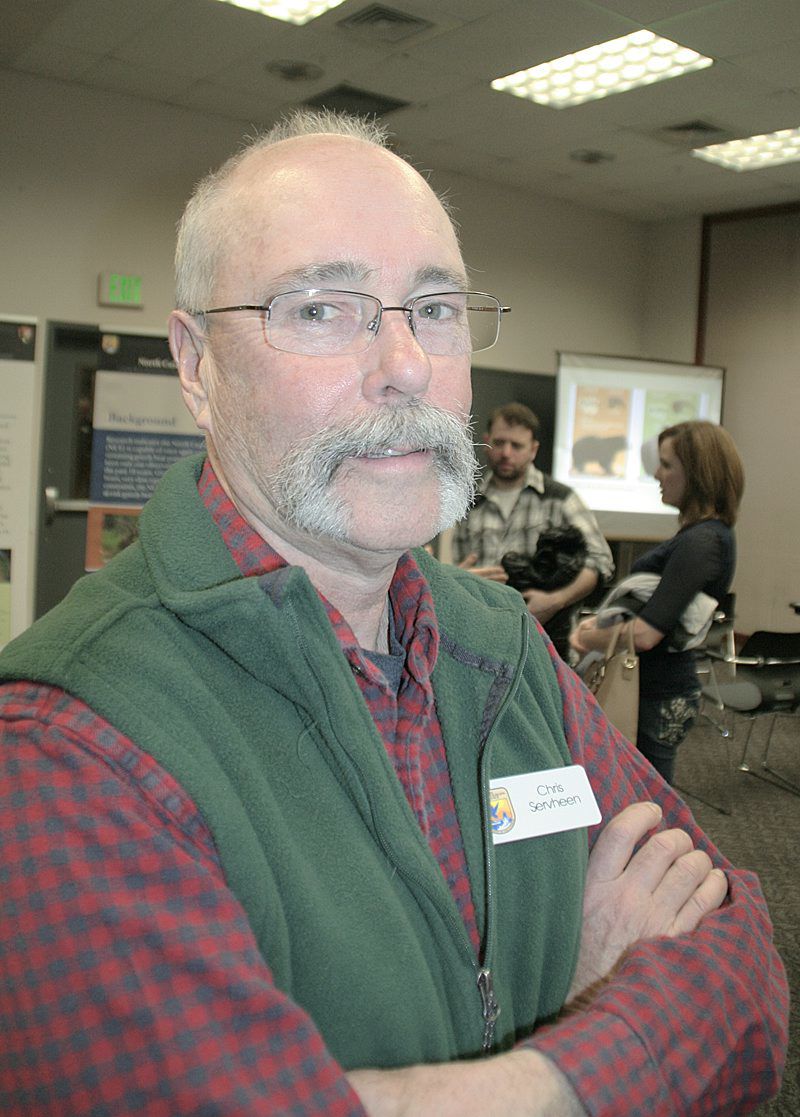 OKANOGAN, Wash. — Okanogan County commissioners are exploring the possibility of a lawsuit to prevent the U.S. Department of Interior from restoring grizzly bears to the North Cascades.

“We think we have uncovered enough of where they did not follow procedure and process. They’re no different than their commander in D.C. running rogue with his pencil and phone. Yes, Obama,” said Jim DeTro, Okanogan County commissioner.

The county was talking to state legislators in Olympia about its options after the National Park Service and U.S. Fish and Wildlife Service held open houses in Winthrop on March 3 and in Okanogan on March 4 to help them determine whether to take an active role in grizzly restoration. It could include moving grizzlies into the North Cascades from other places in the U.S. and Canada.

About 100 people attended the open house in Okanogan, he said.

“It’s a very, very disgruntled public. They’re not happy with the process. It was set up so you really couldn’t comment. It’s divide and conquer. They diffuse the situation as best they can so they can check the box when they go back to wherever they go and say, ‘Yes we had a meeting in Okanogan County,’” DeTro said.

There was no general forum for oral presentations by federal employees or public comment. Instead, multiple stations were set up where people could get information and interact with state and federal agency employees and then put written comments in a box.

“Dal Dagnon (a Tonasket rancher) took a mic and gave them a pretty good talking to,” DeTro said.

“What the hell is the NPS doing taking comments on grizzly recovery? These agencies are in bed with or have imbedded greenies and are de facto fundraising for the greenies,” DeTro said, explaining federal efforts draw attention to the issue and helps environmentalists raise money.

The federal effort is an end run to try to accomplish what couldn’t be accomplished through the state in the past, he said.

A March 5 open house in Wenatchee was the same format with no oral presentations or comments. A couple dozen people attended.

This is the scoping phase from which alternative plans will be developed with a final decision on whether to actively pursue restoration made jointly by NPS and USFWS in three years, said Ann Froschauer, USFWS spokeswoman.

While grizzlies are more plentiful in other parts of Canada and the U.S., a small population lives on the Canadian side of the North Cascades and ventures into Washington state, although there have been no confirmed sightings in Washington since 1996, said Chris Servheen, USFWS grizzly bear recovery coordinator from Missoula, Mont.

“What we would like to do is improve their status, focusing on remote areas of the Pasayten Wilderness and North Cascades National Park,” he said.

The agencies want to keep them in remote areas and bears who endanger people or livestock would be relocated and if they re-offend a second time, destroyed, Servheen said. Problem bears from other areas “absolutely” would not be brought into the North Cascades, he said.

But Doug England, a Chelan County commissioner, said it will be difficult for the same area to be used by grizzlies and hikers.

“We are part of their food chain,” England said. “Hikers and sleeping bags are the soft tacos of the grizzly world.”

Chelan County commissioners sent a letter of opposition to the agencies, he said. It was interesting, he said, to see state Fish and Wildlife personnel at the meeting when state law prevents the state from spending money on grizzly bear recovery.

Any lawsuit likely would boil down to whether the state overrides the federal government in recovery jurisdiction, he said.

Evidence grizzlies lived in Washington is all anecdotal, not historical data, he said.

“This is serious in Stehekin. These are areas we hike with our grandchildren,” he said, adding the concerns of people whose lives and livelihoods will be impacted should carry more weight than those who don’t.

Open houses were set for Cle Elum March 9, Seattle March 10 and Bellingham March 11. Comments will be received through March 26 at: http://parkplanning.nps.gov/NCEG.