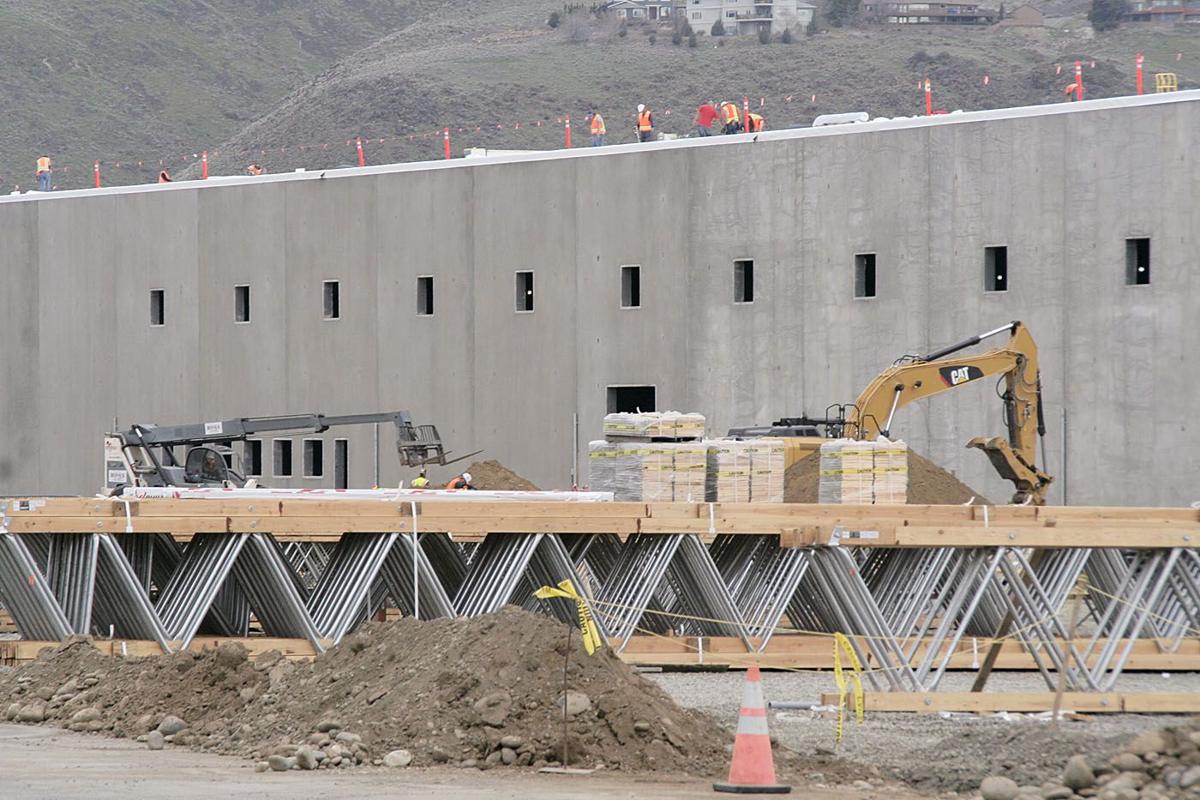 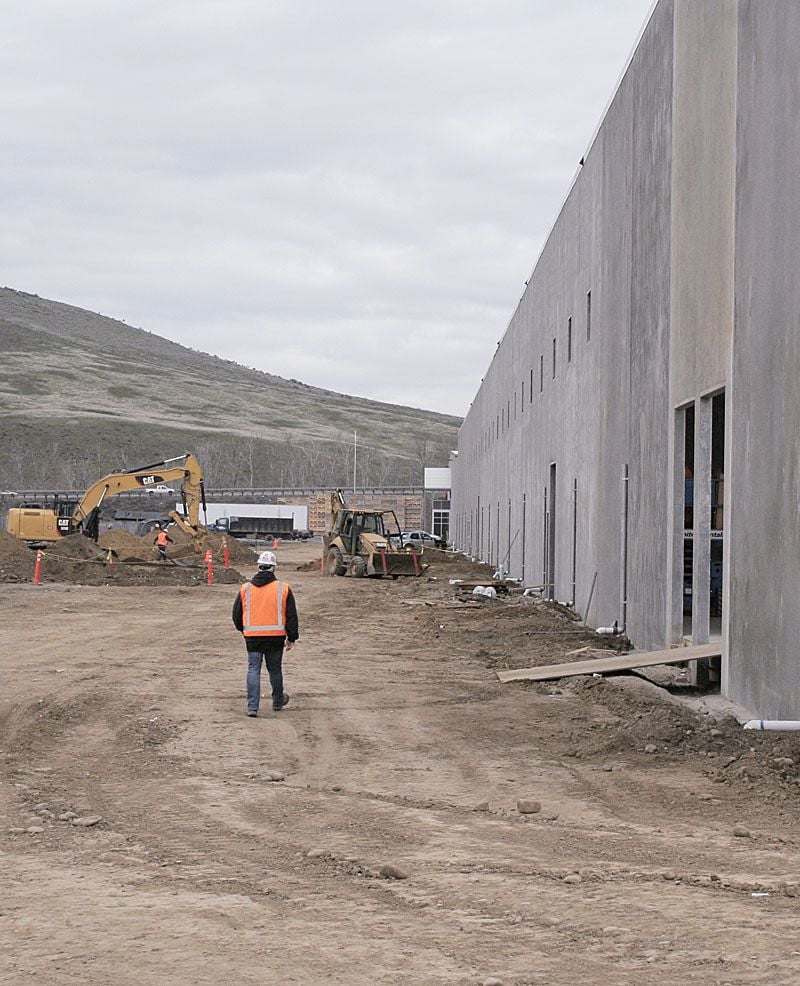 Dan Wheat/Capital Press Washington Fruit & Produce Co.'s new apple packing and boxed storage plant in Yakima, Feb. 26. It is scheduled to be operational at the end of the year.

Dan Wheat/Capital Press Washington Fruit & Produce Co.'s new apple packing and boxed storage plant in Yakima, Feb. 26. It is scheduled to be operational at the end of the year.

YAKIMA, Wash. — When Washington Fruit & Produce Co. turns 100 years old next year it likely will stand alone as the tree fruit company with the newest packing and corporate office facilities of any in the Northwest.

The company won’t disclose its total investment, but in 2010 President Rick Plath said the new apple plant built that year cost $30 million. He said this week the newest plant will cost more than that.

The company needs the new apple plant to keep up with its growth in orchards, Plath said. A year ago, his nephew, Dan Plath, orchard manager, said the company had been adding 500 acres of orchard per year for eight to nine years with no plans to stop. He would not disclose total acreage.

The company still has no plans to slow down orchard expansion but maybe should with lower apple prices this year, Rick Plath said.

The company will pack 9 million boxes of apples this year compared to 7 million in 2010, he said.

Mountain States Construction Co., Sunnyside, is the general contractor for the new apple plant. The building should be done by July and then Van Doren Sales of Wenatchee will install a new packing line with the latest high-tech Compac sizer and sorter from New Zealand. The goal is to have the plant operational in December, Hanses said.

The greatest benefit, he said, is in improved quality of packed fruit due to the high-tech sorter.

Improved quality is the big benefit, but there’s no way to quantify it, Hanses said.

There’s a 25 percent labor savings because the new line will be running at 90 bins per hour versus 75 at the old plant downtown that was sold to Roche Fruit, Hanses said.

The new plant will still use 110 workers per shift but fewer will be defect-sorting, he said.

Most of the company’s facilities will be less than five years old. It still has storage for 200,000 bins of fruit in Moxee and 120,000 in Union Gap.