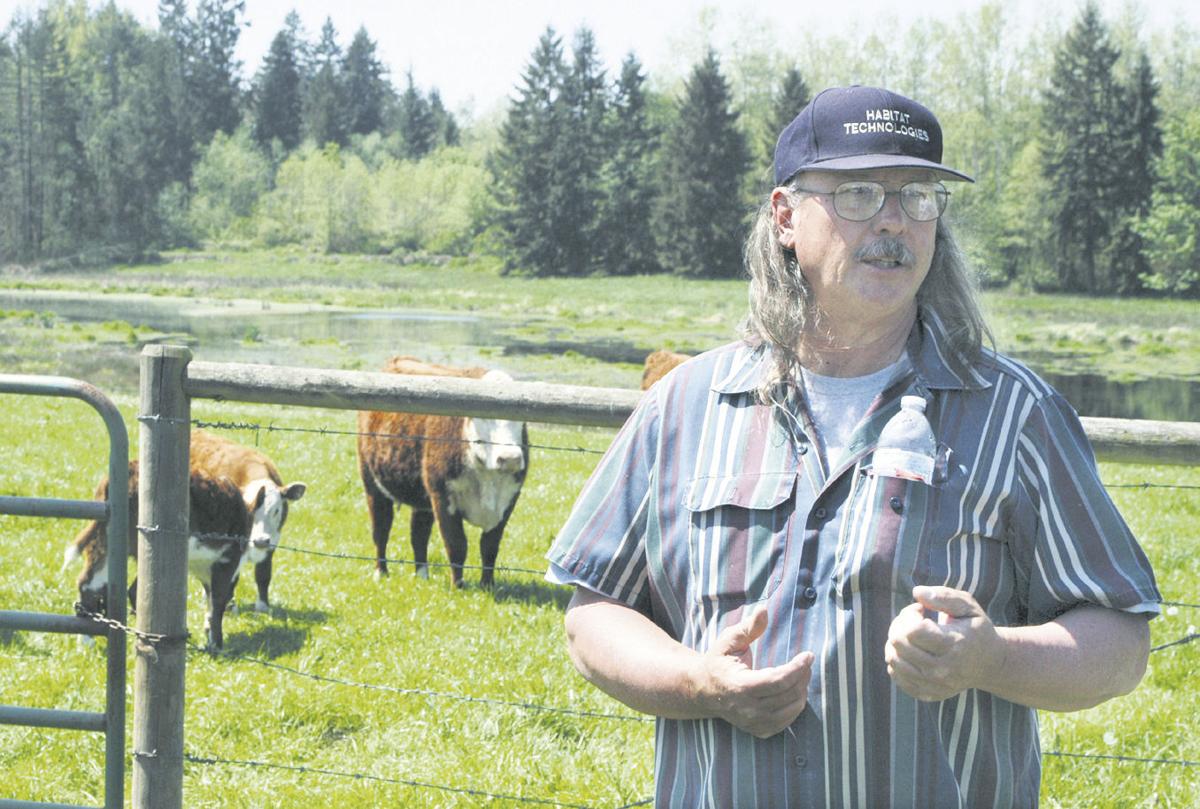 Steve Brown/Capital Press Tom Deming talks about the beavers whose dam has created a permanent lake on his property. Deming and his wife, Adrienne, run a small cow-calf operation on their farm near Roy, Wash. 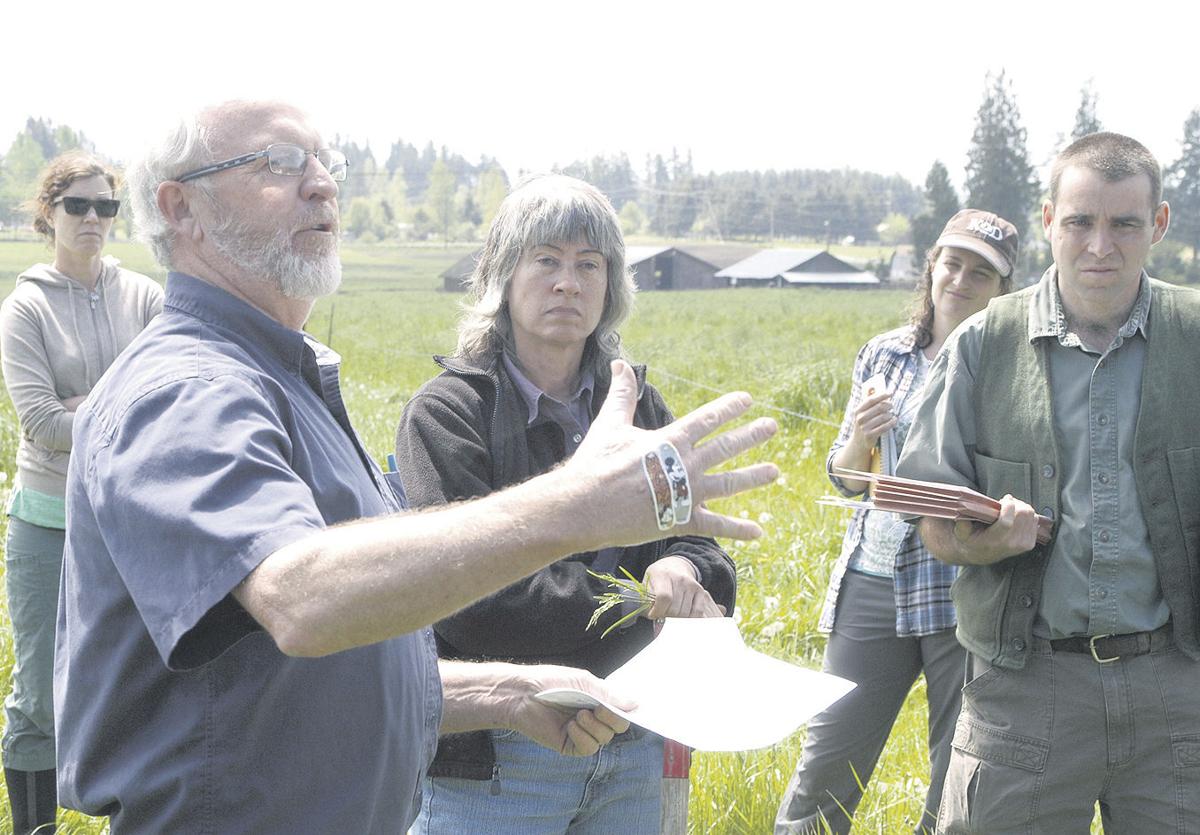 Steve Brown/Capital Press Tom Deming talks about the beavers whose dam has created a permanent lake on his property. Deming and his wife, Adrienne, run a small cow-calf operation on their farm near Roy, Wash.

ROY, Wash. -- The idea that hay cannot be grown well west of the Cascade Mountains is a misconception, an agronomist says.

"We don't get a really hot, dry summer," she said. "As long as there's moisture and fertility, it will keep growing. Unless there's a drought, you'll have grass green through the summer and higher forage quality."

"The valley also tends to dry out more in the summer, so you'll get a bigger drop-off in grass growth unless you're in the bottomlands," Chaney said. "We're perennial up here, and they do more of a mix of annuals and perennials. Since they're three weeks ahead of us in the spring, it gives them more options for alternative crops like sorghum and sudangrass."

Harvesting hay is also a weather issue, and West Side producers have to keep a close eye on changing conditions. Washington State University's Food and Farm Connections Team advises harvesting at the beginning of a high barometric pressure system rather than at the middle or end. It will likely stay in the area longer, providing more time for haymaking.

George Pearce, plant manager at the Wilco Agronomy Center, told the growers on the tour that it's best to mow the first cutting at 4 inches, not 2.

"You'll get more forage later in the year by leaving more of the grass," he said.

Grazing earlier than usual also increases the quality of the later crop and delays its maturity, lengthening the season, Chaney said.

Choosing which seed to plant depends on soil type and what the end use of the grass will be, Pearce said. For instance, if the soil is well-drained all year or if it's shallow, tall fescue and orchardgrass are good for grazing or for hay. But annual or perennial ryegrass works better for grazing than for hay. Bentgrass, fine fescue and tall fescue are good for exercise or confinement areas.

Pearce recommended saving the seed tags over the years and recording yields and observations.

Chaney, who is with the USDA Natural Resources Conservation Service, urged growers not to skimp on the quality or price of seed. Cheaper seed is more likely to include unwanted annuals.

"The seed will be free of noxious weeds, but be alert to obnoxious weeds," she said. The percentages of different seeds in a mix will change from year to year, so reading the tags is critical, even if the name on the bag is the same.

WSU's Food and Farm Connections Team also pointed out the challenge of drying the harvested forage. Because the harvest window may be small, drying has to be done as quickly as possible.

Stubble must be tall enough to keep the grass up off the soil surface. Cutting with a sicklebar mower, especially on the first cutting, doesn't condition the grass by bending or breaking stems, which allows moisture to escape more rapidly.

If the forage gets rained on before it is baled, it must be moved frequently with a tedder before being windrowed.