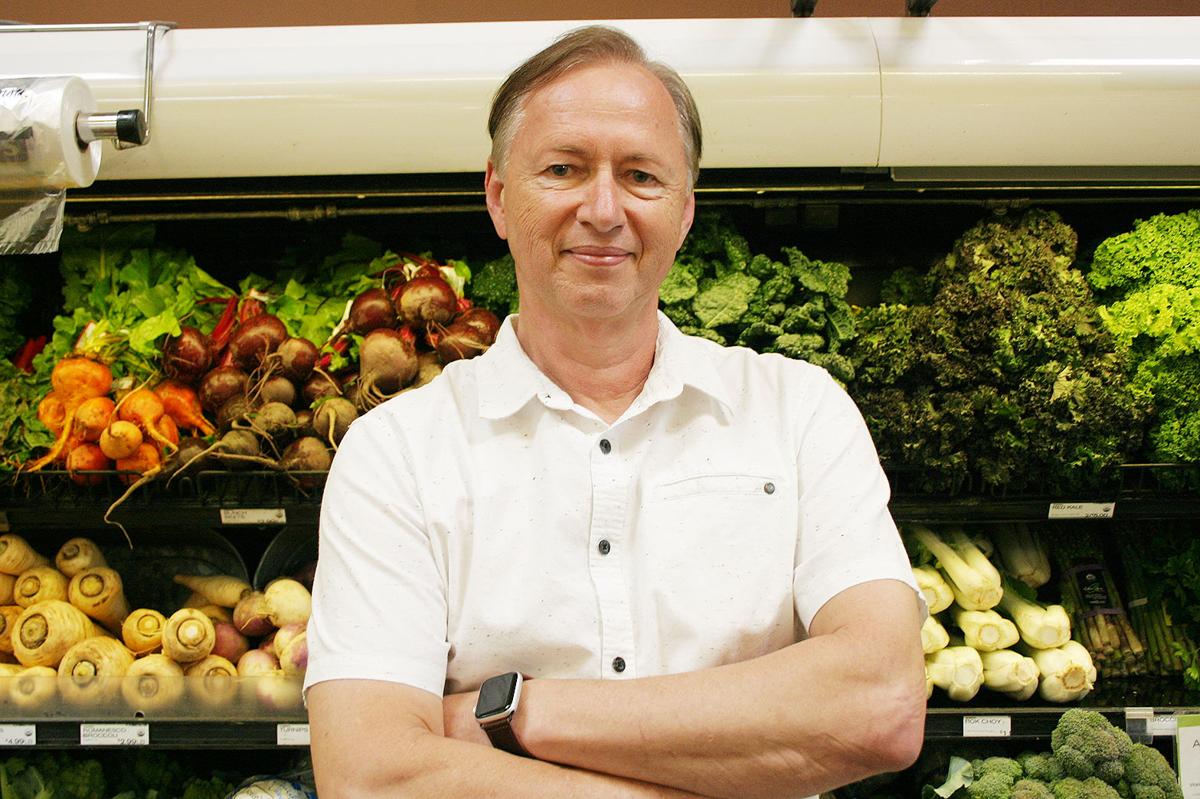 Leif Benson, a chef and member of the state commodity commissions representing potatoes and Dungeness crabs, is widely recognized as Oregon’s culinary ambassador. 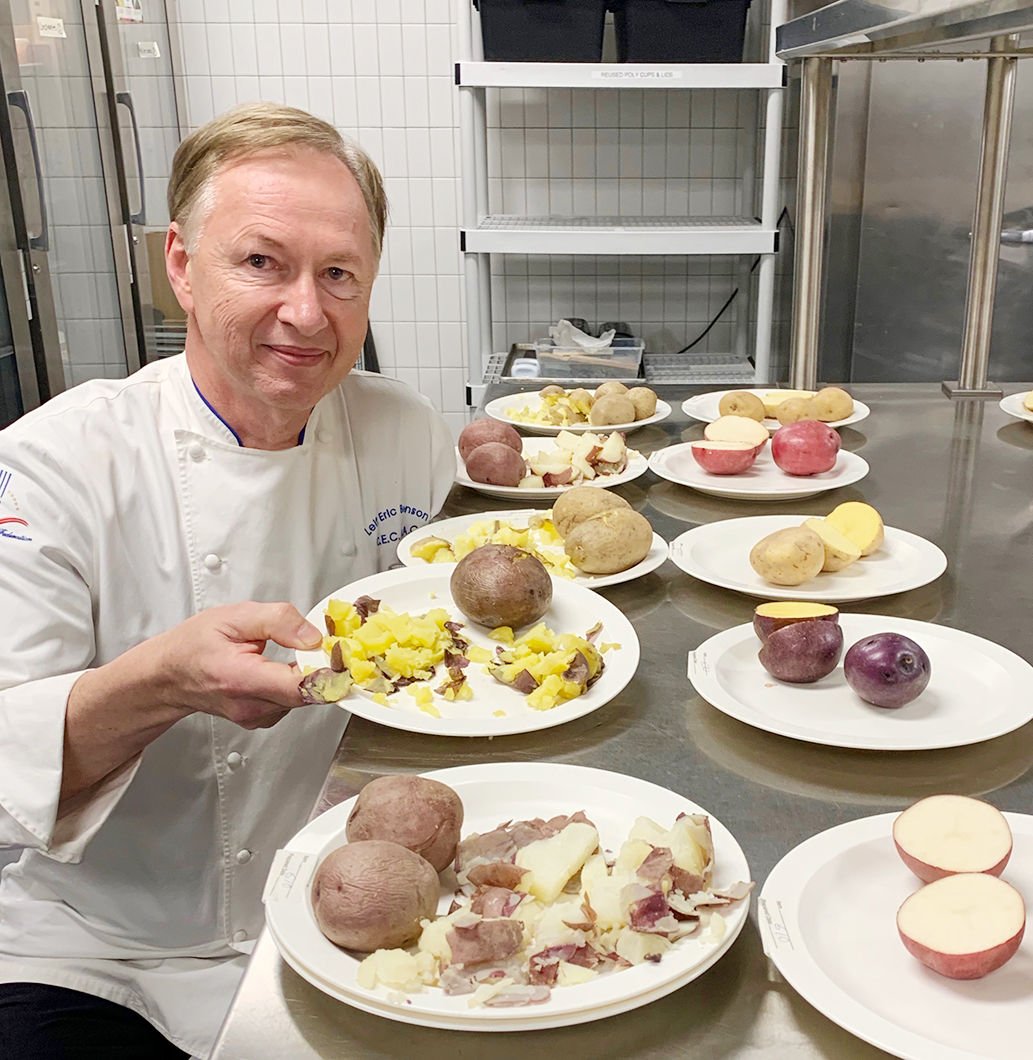 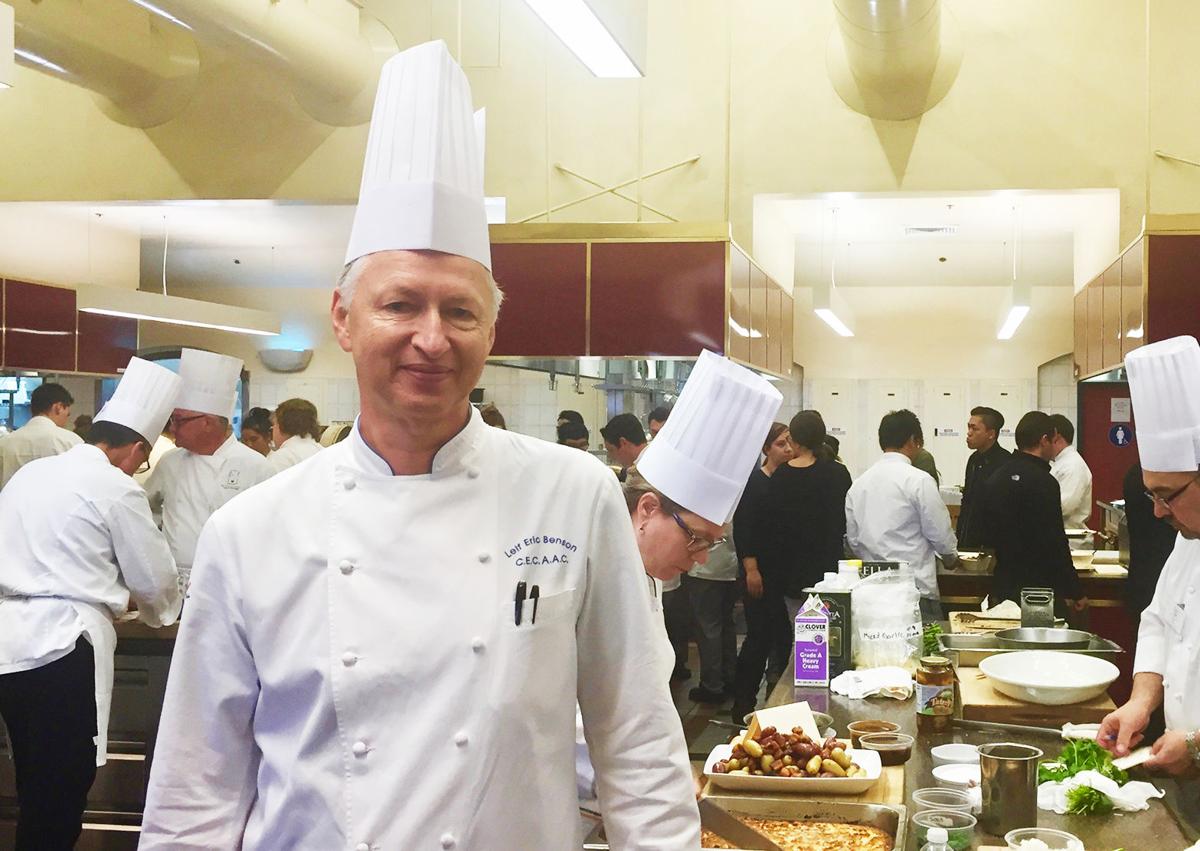 Leif Benson, a chef and member of the state commodity commissions representing potatoes and Dungeness crabs, is widely recognized as Oregon’s culinary ambassador.

PORTLAND — Before Leif Benson arrived in the kitchen at Oregon’s historic Timberline Lodge in 1979, the Pacific Northwest was not widely known for its cuisine.

The farm-to-fork movement was just starting to take off in California, but had not yet moved up the West Coast. Right away, Benson knew he wanted to feature locally sourced meat, fish, wild mushrooms, berries and fresh produce in his cooking.

“What made real sense to me is that Timberline Lodge is such an iconic place, we should have iconic local food,” Benson said. “That was important to me personally.”

During his 31 years as Timberline’s executive chef, Benson came to be regarded as Oregon’s unofficial culinary ambassador. He currently serves on both the Oregon Potato Commission and Oregon Dungeness Crab Commission, and was named Chef of the Year in 2010 by the Oregon Department of Agriculture.

Along the way, Benson has played a key role in raising the profile of Oregon agriculture and putting Northwest food on the map.

“I can say from a chef’s point of view that we have really superior products here,” Benson said. “We’re just in a really clean environment that has really good agricultural practices, people who are really concerned with food and people who are great stewards of the land.”

Born in Gothenburg, Sweden, Benson moved to the U.S. when he was 5 after his father — also a chef — was hired at a country club in the San Francisco Bay Area.

Around the time he was 10, Benson began working alongside his dad in the kitchen doing simple tasks like peeling carrots and onions. For the next 10 years, Benson would apprentice under French, German and Swiss chefs at several Bay Area restaurants that realized his potential, and even adopted some of his early dishes onto their own menus.

“It really just clicked with me, to focus on locally sourced products,” Benson said “They were really high quality, anyway. ... It was just like being in a culinary gold mine.”

Benson opened three restaurants in Mendocino County along California’s northern coast before partnering with the developers of a nearby 30-acre resort called St. Orres. As executive chef, his menu followed the old California cuisine model with locally sourced crab, sea urchins and even wild boar.

In 1979, Benson was recruited by Timberline Lodge at Mount Hood, about 60 miles east of Portland, as executive chef and director of food and beverage. While the location and architecture was undeniably stunning, he said the food at that time left something to be desired.

“What I was doing in California was perfect for this iconic place,” Benson said. “Oregon was already an agricultural state. It had great farms, and great farming practices. ... It just kind of resonated with me that this is what Timberline should have.”

Benson made his first trip to China as a guest chef with the Oregon Potato Commission in 1991. He officially joined the commission after Oregon regulators began requiring public members on each of the state’s 22 agricultural commodity groups.

It was then that Benson hit upon an idea. What if, every week during the peak summer season at Timberline Lodge, he would invite one commission to be featured in front of thousands of visitors daily?

“What better way to showcase Oregon agriculture than at an iconic place like Timberline, and focus solely on that commodity?” Benson said. “We would just take their product, and elevate it to its highest degree for the public.”

The Timberline Culinary Series began in 2009, with Benson crafting as many new dishes featuring that week’s commodity as he could — from Dungeness crab on the coast, to hazelnuts grown throughout the Willamette Valley, to beef raised in Eastern Oregon.

“It was a really cool opportunity,” Benson said. “We would be the vessel for the product, creatively speaking.”

The best part, Benson said, was being able to connect visitors at Timberline directly with a farmer, rancher or fisherman.

“People just really gravitated toward that experience,” he said.

Bryan Ostlund, executive director of the Oregon Blueberry Commission, has been friends with Benson since the two first met on a trade mission to the Philippines and Vietnam in 2014. Ostlund said Benson has been a champion of promoting not only blueberries, but virtually all of Oregon agriculture.

“If we have a culinary ambassador, it’s Leif. He’s the go-to guy,” Ostlund said. “He’s just one of those people you meet in life who’s always positive. He seems to really enjoy Oregon agriculture.”

Benson retired as executive chef at Timberline Lodge in 2010, but the 66-year-old continues to serve on the potato and Dungeness crab commissions. He is one of only two people granted an exception by the Department of Agriculture to serve on two commodity commissions simultaneously. He also maintains close contacts with the American Culinary Federation and Chefs de Cuisine Society of Oregon.

For the last 10 years, Benson has led annual sensory evaluations of potato varieties, challenging researchers, growers and chefs to consider the complex taste and aroma of potatoes.

The idea stemmed from Benson’s curiosity about whether different soils influenced potatoes in a similar manner to terroir in wine grapes. For example, would a Russet potato grown in Hermiston taste different from one grown 350 miles away in Klamath Falls?

Benson developed a judging matrix for chefs that includes qualities such as “creamy,” “nutty,” “grassy,” “peppery” and “earthy” to describe potatoes. What he found was all chefs had a preference.

“Before, they were just potatoes. Now all of sudden you have people who have a preference,” he said. “That’s pretty compelling.”

The judges present awards for best potatoes in each variety, which has proven a valuable marketing tool for farmers, Benson said. Potato breeders at Oregon State University’s Hermiston Agricultural Research and Experiment Station now also take taste into account when developing new varieties, Benson said, whereas they hadn’t before.

Will Wise, who was executive director of the Oregon Potato Commission from 1986 to 2005, said he and Benson worked together multiple times over the years promoting Oregon potatoes to potential new foreign customers.

Wise joined the Oregon Beef Commission as CEO in 2009, and since then Benson has continued to assist with television spots to promote beef. “He always does a great job,” Wise said.

Benson said promoting Oregon foods nationally and internationally has been one the top pleasures of his professional career.

“I want to do it for the foreseeable future,” he said.