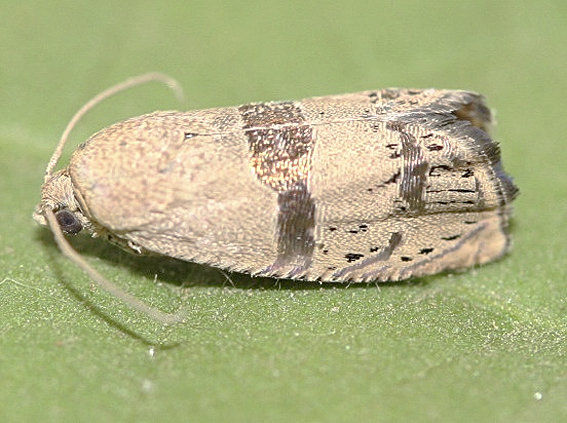 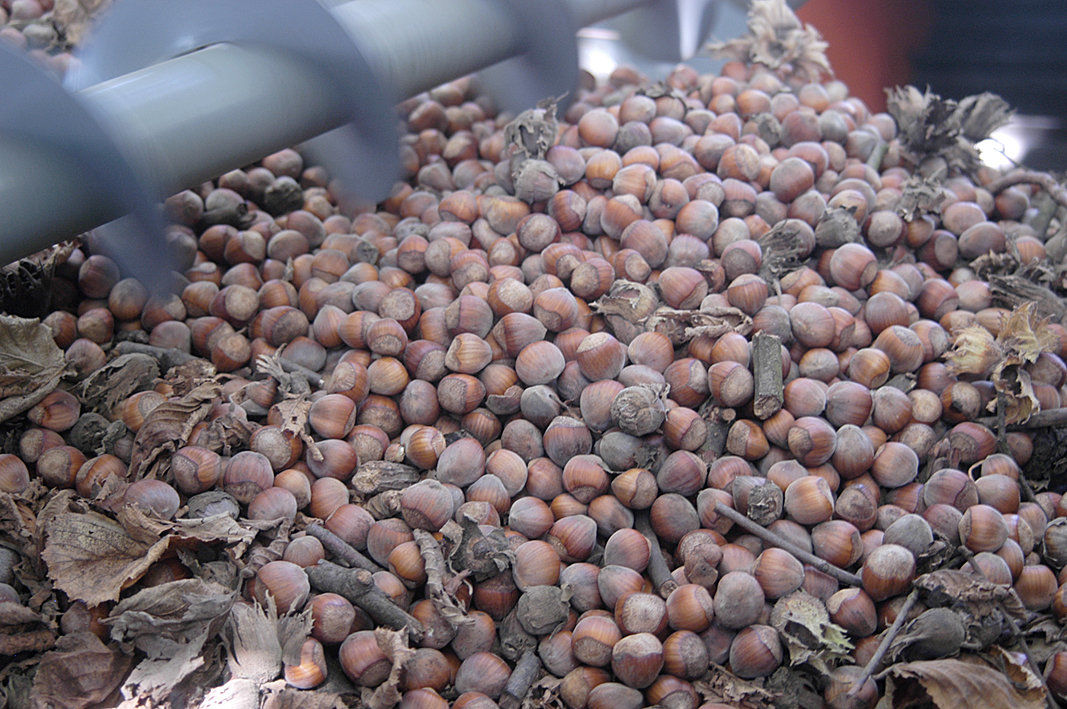 Eric Mortenson/Capital Press Oregon hazelnut growers are experimenting with using pheromone "mating distruption" techniques rather than sprays to protect their crops. These nuts are from the 2014 harvest.

Eric Mortenson/Capital Press Oregon hazelnut growers are experimenting with using pheromone "mating distruption" techniques rather than sprays to protect their crops. These nuts are from the 2014 harvest.

A three-year research project involving a water utility, growers and university researchers showed pheromone trickery can reduce the use of pesticides 60 to 75 percent in hazelnut orchards.

At orchards along the McKenzie River east of Eugene, Ore., and in the Northern Willamette Valley, researchers placed pheromone-laden rings in the upper-third of the tree canopy. The rings, about 3 feet in diameter with a texture similar to baling twine, release a plume of pheromones in the air space above the orchard. That confuses male filbert moths and makes it difficult for them find females, which attract mates by releasing similar come-hither compounds.

Filbert worms emerging from the moth’s eggs cause severe damage to nuts.

The mating disruption technique reduced the filbert worm population. Some moths find each other by accident, but the process takes longer and weakens the reproductive cycle, Oregon State University horticultural entomologist Vaughn Walton said. Applied at a rate of 10 pheromone rings per acre, the option works as well as spraying and costs slightly more, Walton said.

The Oregon Hazelnut Commission provided about $100,000 and Eugene Water & Electric Board contributed about $60,000 to fund the project. Faculty research assistant Betsey Miller of OSU did much of the field work.

EWEB’s interest is in keeping pesticides out of the McKenzie River, which provides drinking water for the city of Eugene, utility spokesman Joe Harwood said.

“Having that type of help makes you want do more,” he said.

Rodakowski said he’s willing to continue using mating disruption against filbert moths but said growers could use help monitoring traps. That work is key to tracking the presence of moths in the orchard, although it doesn’t tell growers if the moths are mating.

Walton, of OSU, said growers who use mating disruption may still want to spray around the border of their orchards, because other trees such as oaks can be hosts to the moths. Growers may find it necessary to do a “knock-down” spray every two or three years, he said.

Walton estimated the pheromone method costs about $55 an acre, compared to $52 or $53 per acre with chemical control.

Pheromone mating disruption techniques are widely used to protect crops such as apples, which are attacked by coddling moths, but hazelnuts is a small crop by comparison, Walton said. Chemical companies prefer to develop products that can be used on a wide range of crops, and generate more business, he said.

But the Oregon hazelnut industry has grown significantly over the years, and the moth compound has been found to work in pecans as well, which expands the market, Walton said.