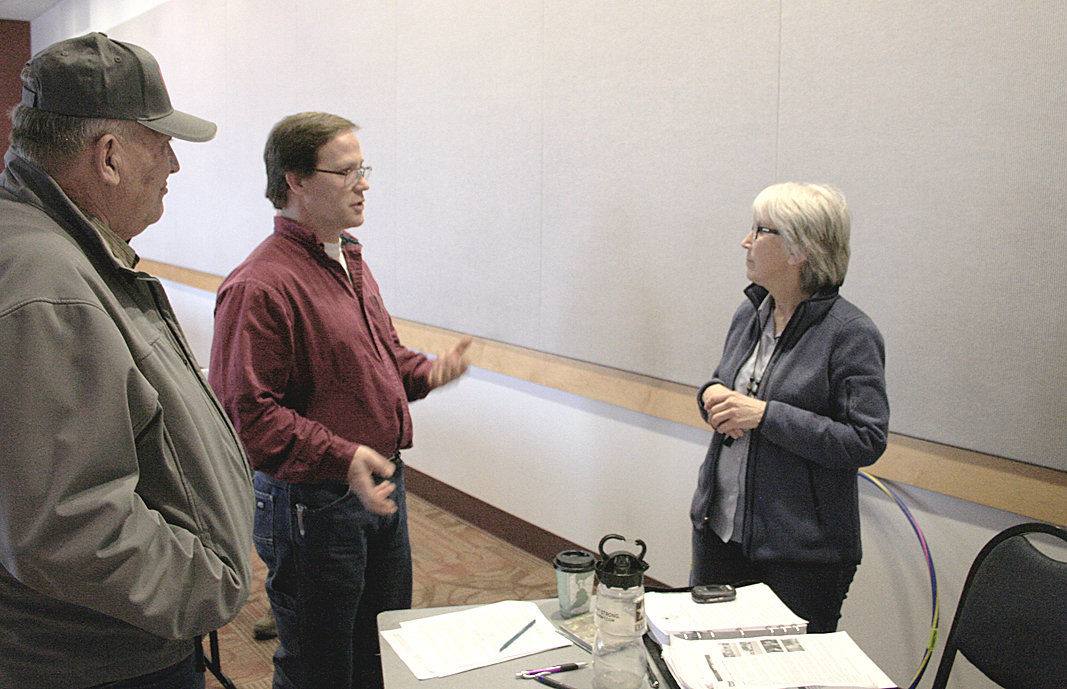 Garnet Cooke, right, pesticide coordinator at the Oregon Occupational Safety and Health Administration, speaks with participants at a pesticide safety workshop at the recent Northwest Ag Show in Portland, Ore. 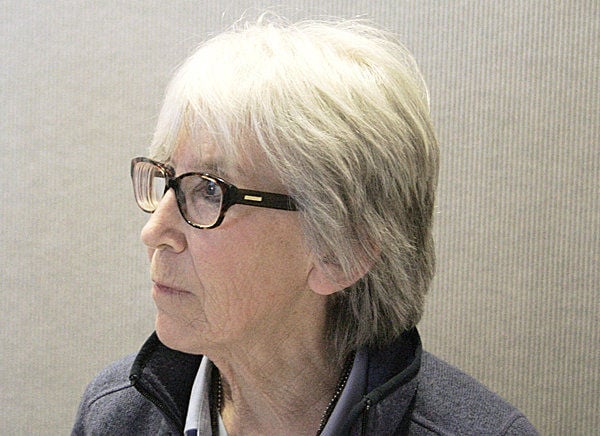 Garnet Cooke, right, pesticide coordinator at the Oregon Occupational Safety and Health Administration, speaks with participants at a pesticide safety workshop at the recent Northwest Ag Show in Portland, Ore.

PORTLAND — Oregon farmers aren’t legally required to secure pesticide containers during transport but doing so anyway can prevent financial calamity, according to a safety expert.

Even so, growers in the state would be wise not to exploit that loophole.

Farmers can be held liable for clean-up costs if they’re shown to have caused a pesticide spill, which isn’t unthinkable given the abundance of smartphone cameras, Cooke said.

“It’s very expensive,” she said during a recent pesticide safety seminar at the Northwest Ag Show in Portland, Ore.

Regulators from Oregon OSHA can penalize farmers if their employees attempt to clean up a pesticide spill without sufficient training or equipment, but not for improper transport, Cooke said.

The Oregon Department of Agriculture faces a similar regulatory gap, since it can only cite growers for improper pesticide usage — and chemicals aren’t actually being used during travel, she said.

In the event of a spill, though, costs can quickly spiral out of control.

Cooke gave the example of an exhausted driver who wrecked a truck after falling asleep near The Dalles, Ore., spilling a pesticide that’s toxic to fish next to a creek.

Nearly 30 state and federal agencies responded to the accident, which required the removal of 6,000 cubic yards of contaminated sediment, she said.

The creek was also dammed to allow for about 5 million gallons of water to be pumped out, Cooke said. The total cost of clean-up came to $7 million, for which the driver’s company and its insurers were responsible.

A spill resulting from unsecured pesticide containers at a nursery near Independence, Ore., was less extensive, but the clean-up still cost $250,000, she said.

Just having a “hazardous material” or “hazmat” response team show up at a spill site costs at least $500, plus $1,125 per hour of work, Cooke said.

“The cheapest way is prevention,” she said.

While properly securing pesticides is more time-consuming, employers shouldn’t allow their drivers to skip the task, Cooke said. “Allow them the time it’s going to take to do it.”

Unsecured pesticide containers are a safety hazard even if they don’t immediately spill.

In one case, a pesticide container fell off a truck into grass along the road but remained closed, Cooke said. It was eventually mowed over by the landowner, causing him to get sick and killing a cat that wandered into the spill.

“It’s very common and it doesn’t need to happen,” she said.

Hazardous exposure to pesticides also tends to occur from poor coordination of tasks on a farm, Cooke said.

For example, a commercial pesticide applicator was scheduled to spray a grass seed field at the same time a crew of five workers was roguing the crop, she said. The sprayer came within 200 feet of the workers, which was enough for four of them to experience symptoms of illness.

In light of the multitude of duties on a farm, it’s easy to see how such incidents can occur, which is why all workers and visitors should check in at the farm office to avoid mishaps, Cooke said.

Complacency is another common cause of accidents.

The simplicity of applying aluminum phosphide, a common fumigant and rodenticide, can cause people to overlook its dangerousness, she said.

Dropping pellets or tablets into a rodent burrow is enough to activate the chemical, which reacts with atmospheric moisture to form a deadly gas.

Aluminum phosphide applied to rodent burrows too close to residential homes has also caused multiple poisoning deaths in Texas and Utah in recent years, since the gas infiltrated the houses, Cooke said.

“Nobody reads the label because it’s too easy to use,” she said.

The goose of Christmas past…or present?