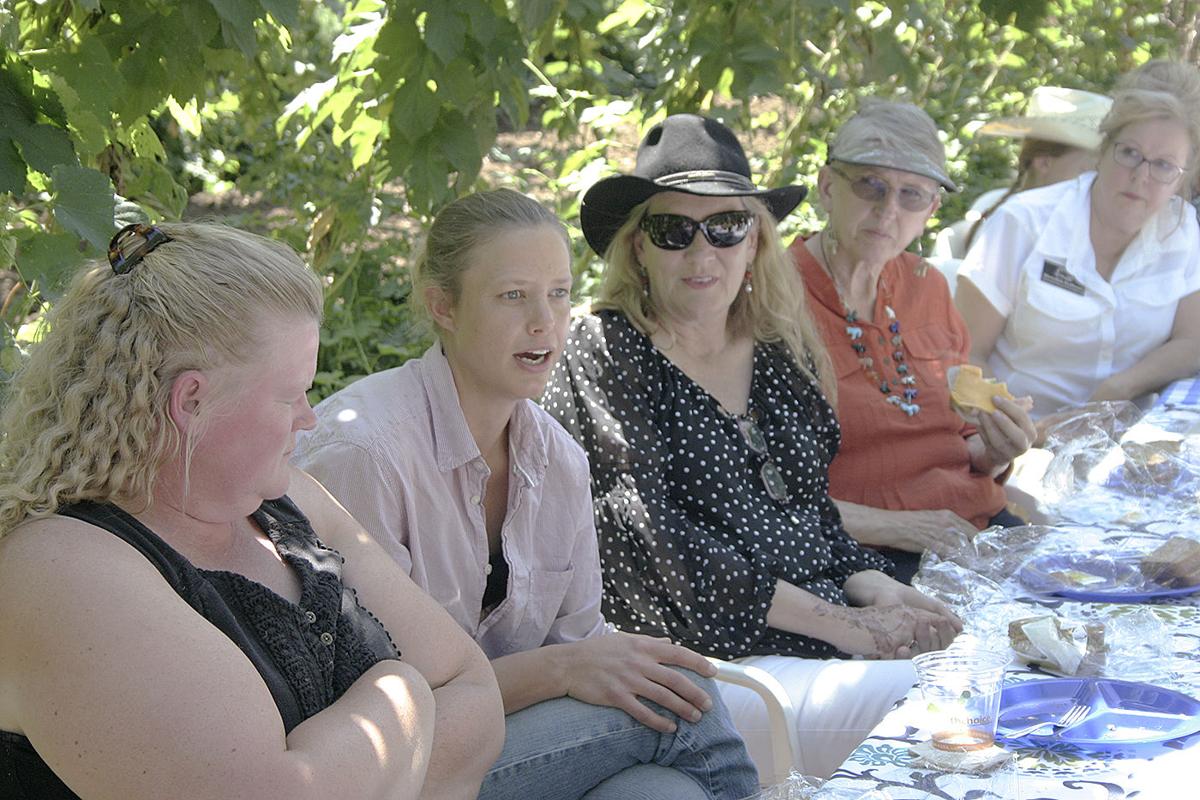 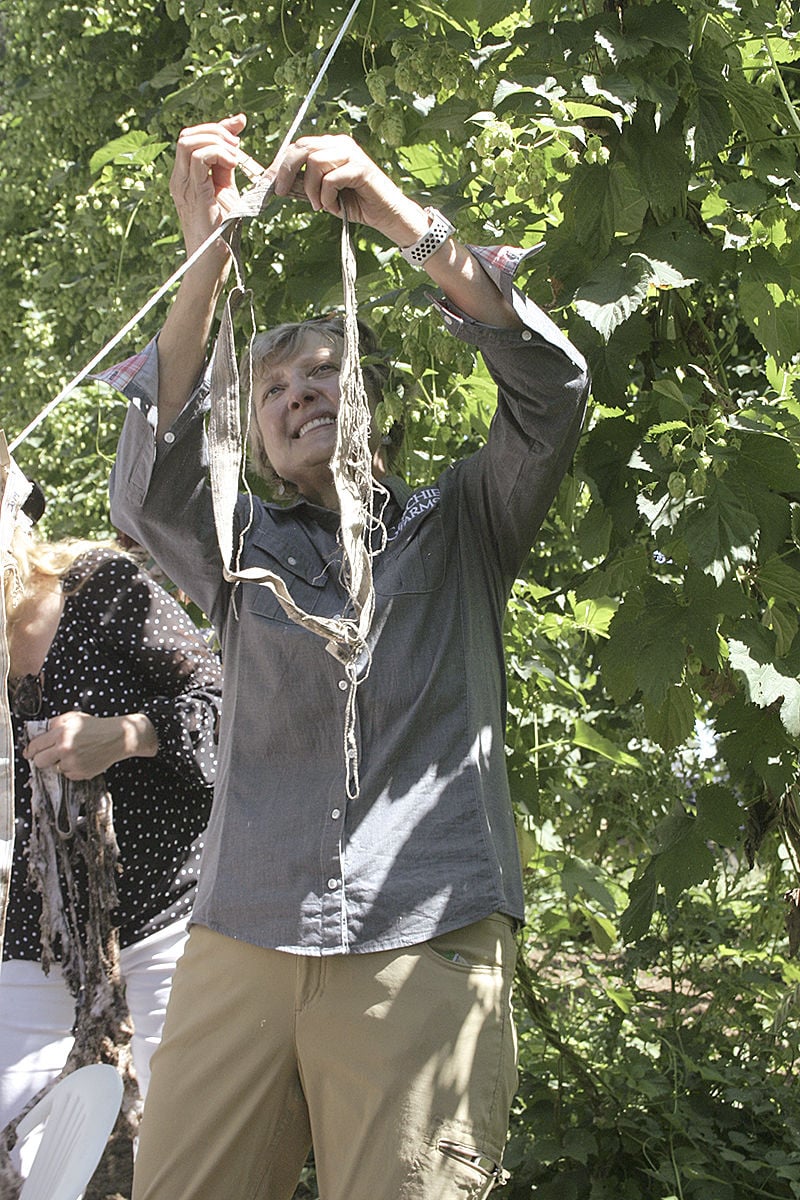 Gayle Goschie, of Goschie Farms in Silverton, Ore., hangs a pair of threadbare cotton underwear after participating in the "Soil Your Undies" challenge with the Marion Soil & Water Conservation District. 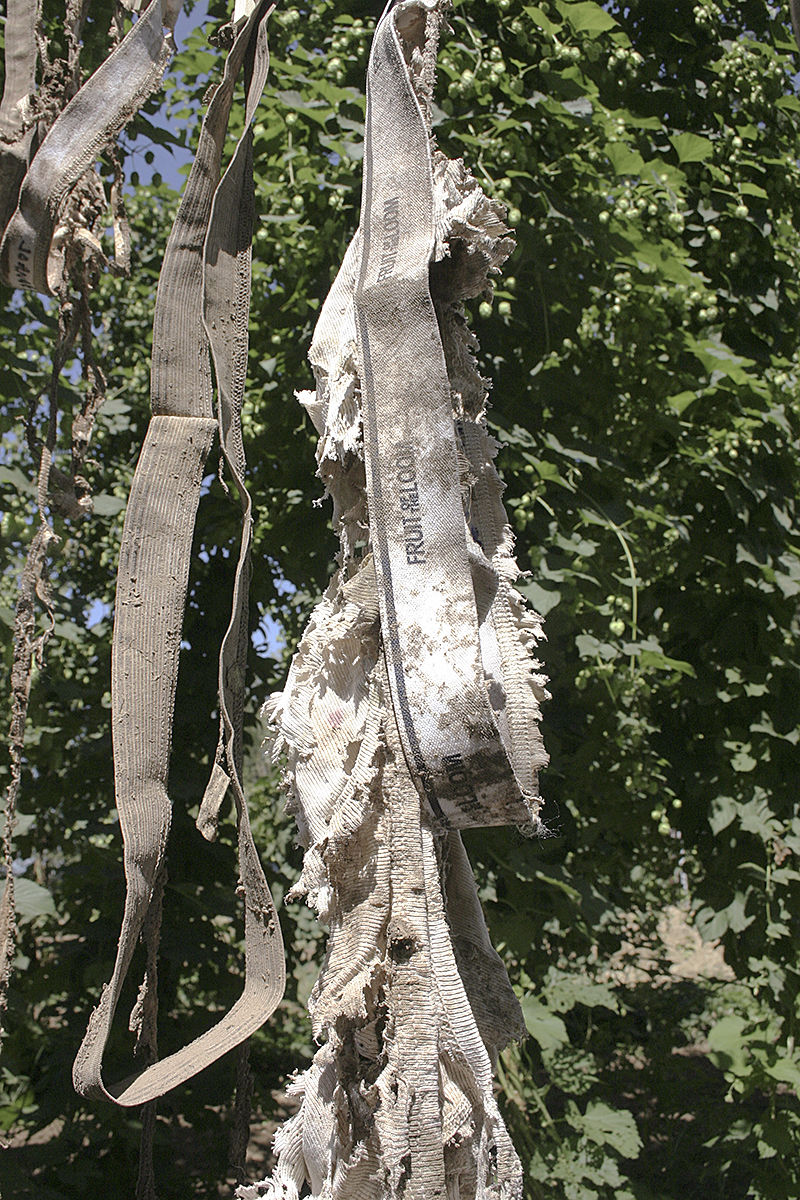 Tiny microbes underground devour cotton underwear, a sign of good soil health and the ultimate goal of the “Soil Your Undies” challenge.

Gayle Goschie, of Goschie Farms in Silverton, Ore., hangs a pair of threadbare cotton underwear after participating in the "Soil Your Undies" challenge with the Marion Soil & Water Conservation District.

Tiny microbes underground devour cotton underwear, a sign of good soil health and the ultimate goal of the “Soil Your Undies” challenge.

SILVERTON, Ore. — After 60 days in the ground, not much remained of the white cotton underwear buried by Gayle Goschie at her family’s farm in Silverton, Ore.

Goschie, who grows 500 acres of hops and 150 acres of wine grapes in the Mid-Willamette Valley, was one of 10 female farmers who participated in the “Soil Your Undies” challenge organized by the USDA Natural Resources Conservation Service and Marion Soil & Water Conservation District.

The challenge is meant to demonstrate healthy soils in a uniquely visual way. Farmers “planted” a pair of oversized tighty-whities in early May, leaving tiny microbes and bacteria to break down the organic cotton over several months.

The more tattered and threadbare the undies, the healthier the soil. Sure enough, when Goschie dug up the briefs from between the rows of hops vines, all that was left was the elastic band.

“I thought it would be a really great experiment,” Goschie said. “It tells me that the efforts we make to farm as conservatively as possible is working.”

They each brought their own recently harvested pairs of undies to display, which hung torn and dirty on a clothesline.

According to the NRCS, just one teaspoon of healthy soil contains more microbes than the entire human population on Earth. The organisms make up the backbone of healthy soil, which itself is the backbone of agriculture. Healthy soils provide a number of key benefits, such as cycling nutrients for plants, storing moisture and reducing erosion.

To protect soil on her farm, Goschie said she plants cover crops on fields in the rows between hops. Not only do the plants replenish soil with organic material, but they create natural habitat for beneficial insects that combat pests such as aphids and spider mites.

“(Soil) is the foundation of our business. It’s the bank of our business,” Goschie said. “As fourth-generation farmers, it’s our task to take care of that soil.”

Meredith Hoffman, conservation planner with the Marion SWCD, was responsible for recruiting the women to join the challenge. She said the results are just another marketing opportunity for Marion County farms, which ranked first in the state with $701 million in agricultural sales in 2017, according to the latest Census of Agriculture.

“Without the soil, we don’t have anything,” Hoffman said. “This is what we need to build up. That’s why we did this project.”

Robert Hathorne, a spokesman for the NRCS in Portland, said “Soil Your Undies” is a novel idea that gets people thinking about soil “not as dirt, but as a living, functioning ecosystem.”

“It’s literally the foundation of civilization,” he said.

Letter: Moderation in all things

Letter: What about Seattle's sewage problem?