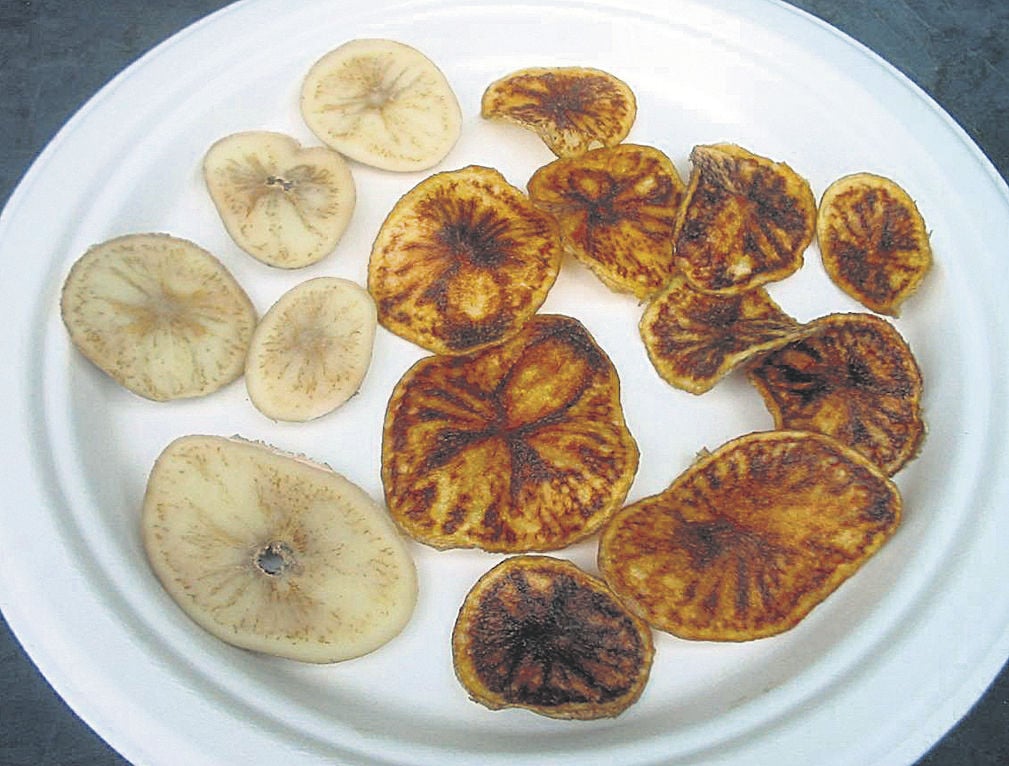 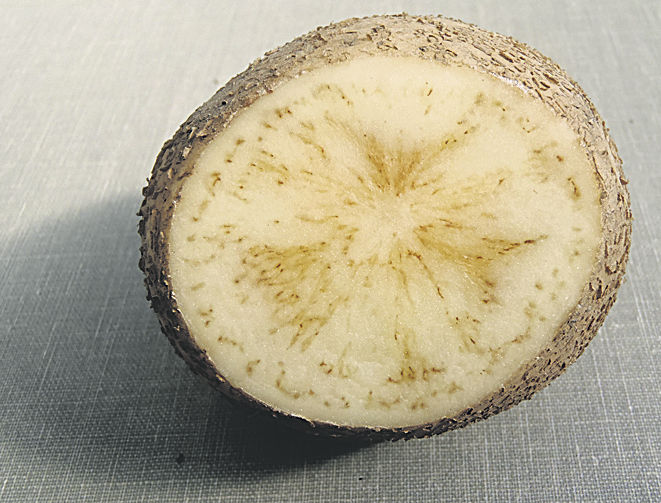 Submitted by Joseph Munyaneza This potato shows symptoms of zebra chip. Farmers spend hundreds of dollars per acre to stop the disease.

Submitted by Joseph Munyaneza This potato shows symptoms of zebra chip. Farmers spend hundreds of dollars per acre to stop the disease.

The South Korean government will shut off all shipments of fresh potatoes from Oregon, Washington and Idaho beginning Aug. 17 because of concerns over the presence of zebra chip in Pacific Northwest potatoes.

The disease, which was found for the first time in the Northwest last year, has been found in one field in Oregon and four fields in Idaho this summer.

The announcement, which came to the attention of the Oregon Department of Agriculture Aug. 10, threatens to undermine a significant market for Northwest potato growers.

The majority are used to make potato chips.

The Korean market "is a significant market for Oregon, especially for our Klamath Basin growers on the chipping potatoes," said Jim Cramer, administrator of the department's commodity inspection division.

"We have producers in the Klamath Basin who produce based on contracts and who may not have a home for their potatoes," Cramer said.

Cramer said the department will work with federal officials and officials from Idaho and Washington to try and get the export ban lifted.

Cramer said one approach under consideration is to develop a paper explaining why the presence of zebra chip on Northwest potatoes poses little to no risk to the Korean potato industry.

"It is a quality issue," Cramer said. "But it is not a phytosanitary issue."

Zebra chip reduces yields and produces bands in tubers that darken when fried, making potatoes infected with the disease unmarketable.

The disease is vectored by the potato psyllid.

Cramer said the psyllid feeds on plant leaves and other foliage and doesn't reside on tubers.

"Potato tubers would not be at risk of carrying the psyllid," Cramer said.

Farm Bureau Entrepreneur of the Year Will Take Home $50K in Startup Funds; Apply by July 31