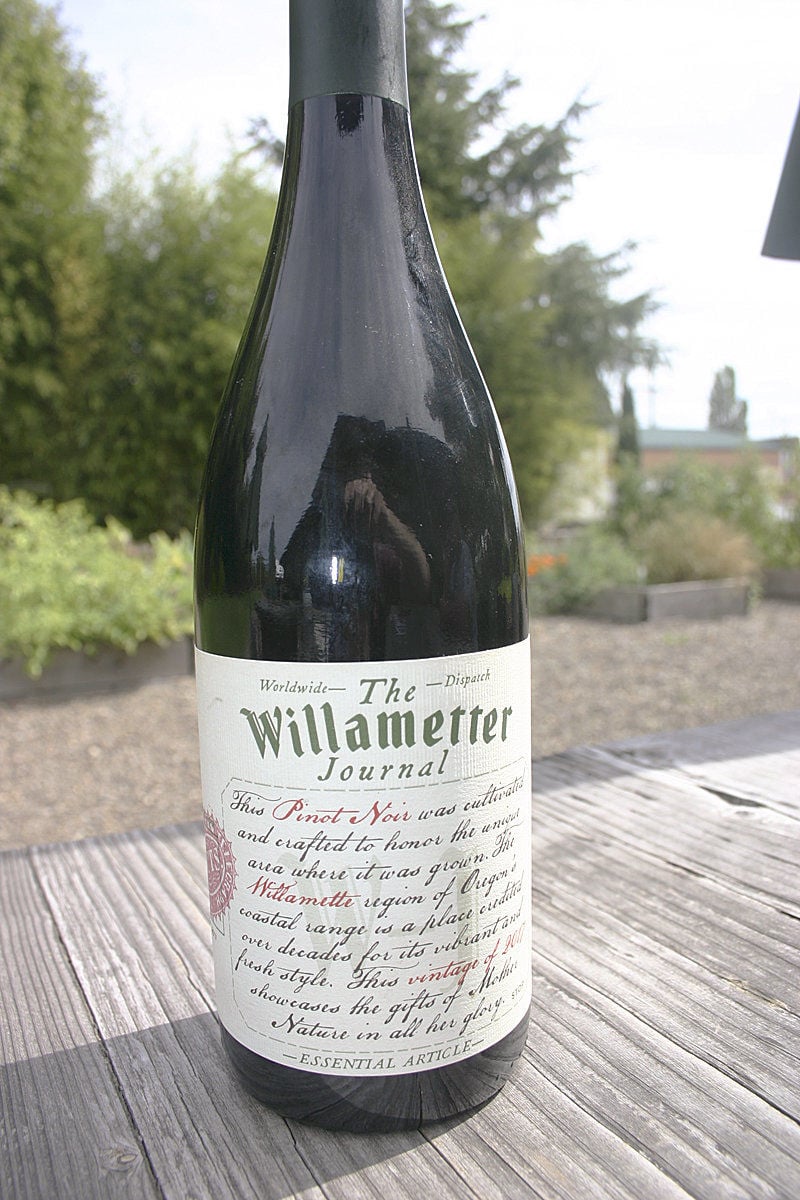 Oregon wine industry leaders are worried that “The Willametter Journal,” a pinot noir made by Copper Cane Wines & Provisions in the Napa Valley, may be violating state labeling laws. 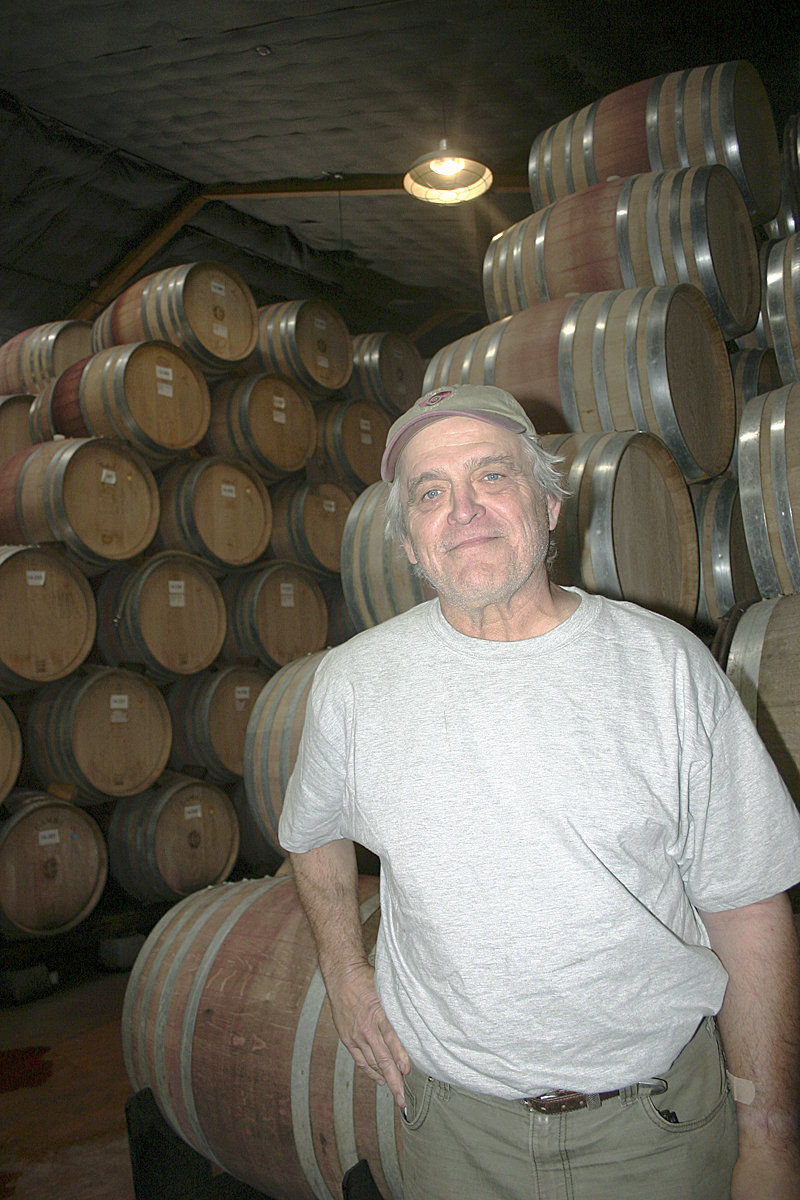 Ken Wright, owner of Ken Wright Cellars in Carlton, Ore., is one of the Willamette Valley winemakers pursuing legislative proposals to protect the region's name and reputation. 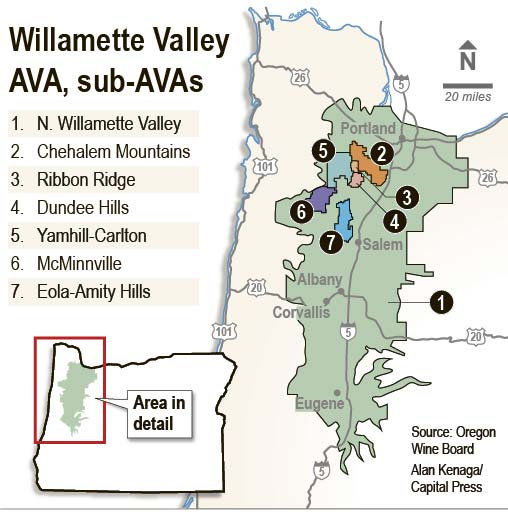 Oregon wine industry leaders are worried that “The Willametter Journal,” a pinot noir made by Copper Cane Wines & Provisions in the Napa Valley, may be violating state labeling laws.

Ken Wright, owner of Ken Wright Cellars in Carlton, Ore., is one of the Willamette Valley winemakers pursuing legislative proposals to protect the region's name and reputation.

Willamette Valley winemaker Ken Wright made his first sales trip to China in 2017 thinking he had his work cut out for him to educate international consumers about the region and its reputation for high-quality Pinot noir.

Instead, it was Wright who learned a surprising lesson while overseas.

“I was stunned to find out that in fact almost everyone I met, not only did they know where the Willamette Valley was, they knew how to say it correctly,” Wright said. “For them to have that connection in their minds of the Willamette Valley and Pinot noir, I came back from that trip so impressed with what decades of work for so many people had done to create this value.”

That hard-earned recognition is now at the heart of a dispute between the Oregon wine industry and one Napa Valley producer, Copper Cane Wines & Provisions of Rutherford, Calif., over allegedly deceptive and misleading labeling practices.

Case in point: earlier this year, Copper Cane released a new brand of Oregon Pinot noir named “The Willametter Journal,” which Oregon leaders worry may give the impression that the wine originates from the Willamette Valley American Viticultural Area, or AVA, a federally designated region noted for its distinctive winegrowing conditions.

The issue recently landed on the radar of the Oregon Liquor Control Commission, which requested Copper Cane provide production, transfer and bottling records for seven wines, including the Willametter. The company has until Sept. 28 to turn over the information.

State Rep. David Gomberg, a Democrat representing the central Oregon coast, also testified about Copper Cane’s labels during a hearing before the House Interim Committee on Economic Development and Trade on Sept. 24, alongside Tom Danowski, CEO of the Oregon Winegrowers Association, and OLCC Director Steve Marks. The concern is whether Copper Cane is breaking the law by inferring Oregon’s distinguished AVAs on its labels to boost sales, without meeting the state’s rigorous standards.

“Labeling is important. So is truth in advertising,” Gomberg said. “We have seen our labeling laws being tested.”

Oregon adopted its wine labeling regulations in 1977, which are among the strictest in the country.

Under federal law, if a wine labels itself a particular variety — such as Pinot noir — then 75 percent of the grapes must be that variety. In Oregon, the rule is 90 percent. Likewise, federal law states that if a wine labels itself as being from a particular viticultural area — say, the Willamette Valley — then at least 85 percent of grapes must come from the AVA. Oregon requires 95 percent.

The law also prohibits making false, ambiguous or misleading statements on the label. That is where Danowski said the Oregon Winegrowers Association takes issue with a name like the Willametter, which may wrongly be associated with the Willamette Valley AVA.

“It raises questions about product integrity,” Danowski said. “When you are using Oregon AVAs,and commercializing Oregon products, you simply must follow the same rules that everyone else in Oregon is following.”

Both the Oregon Winegrowers Association and Willamette Valley Wineries Association met with Copper Cane’s owner, Joe Wagner, in August. Danowski said they had a productive conversation, and Copper Cane agreed to submit records to the OLCC.

“We’re not bottling something that doesn’t have TBB approval,” Blumling said. “If they want us to tweak it because there is some new wisdom or there is some change of opinion, then we’ll certainly work with TBB to do the right thing.”

Blumling said Copper Cane buys wine grapes from roughly 50 growers in Oregon, including the Willamette, Rogue and Umpqua valleys, representing more than 90,000 cases worth of business. All Oregon wines are made with 100 percent Oregon grapes, he said, while the appellation of origin is listed as “Oregon,” and not any specific AVA.

As for the Willametter Journal, Blumling said it is a “fun, fanciful” name that is not intended to be misleading or disingenuous.

“We don’t think we’re doing anything wrong,” he said.

Jim Bernau, founder and winemaker at Willamette Valley Vineyards in Turner, Ore., disagrees. He said the labels and marketing used by Copper Cane are clear violations of the law, and exploit Oregon AVAs for profit.

“I’m astonished that any producer would misrepresent the origin of their wine,” Bernau said.

Wright, who owns Ken Wright Cellars in Carlton, Ore., has spent the last year working with David Adelsheim, founder of Adelsheim Winery in Newberg, Ore., on a pair of legislative proposals to protect the Willamette Valley AVA and, specifically, their pinot noir.

The first initiative, known as conjunctive labeling, would require wineries who label a nested AVA in the Willamette Valley — such as Ribbon Ridge or Yamhill-Carlton — to also include Willamette Valley AVA somewhere on the bottle.

The second, known as “exclusive wine content,” would require all Willamette Valley Pinot noir to contain 100 percent Pinot noir grapes and 100 percent from the valley, as opposed to the current standard of 90 percent variety and 95 percent AVA. Such a change would require OLCC rule-making to mitigate potential financial hardships on businesses. A work group would also be formed to consider other wine varieties for inclusion.

Adelsheim said they are working on two separate bills for the 2019 Legislature. They would apply only within the Willamette Valley AVA.

“What we’re really trying to do is to ensure that the long-term safety of what we’re about as a brand is preserved,” Adelsheim said.