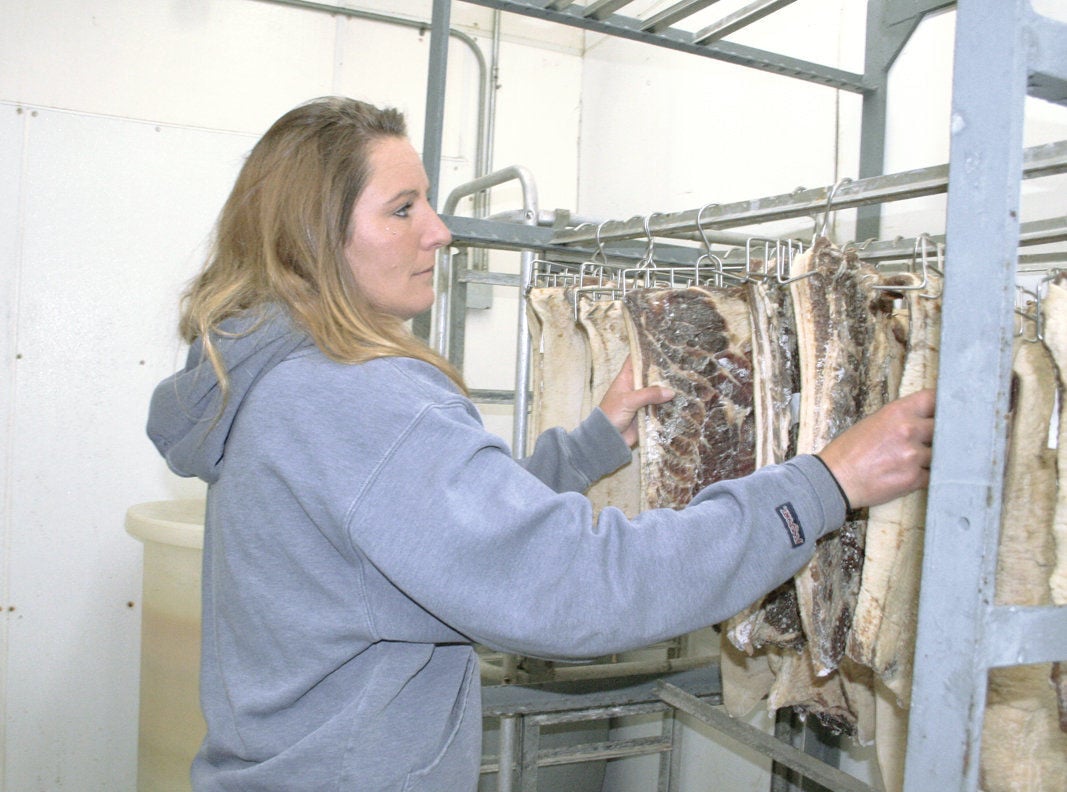 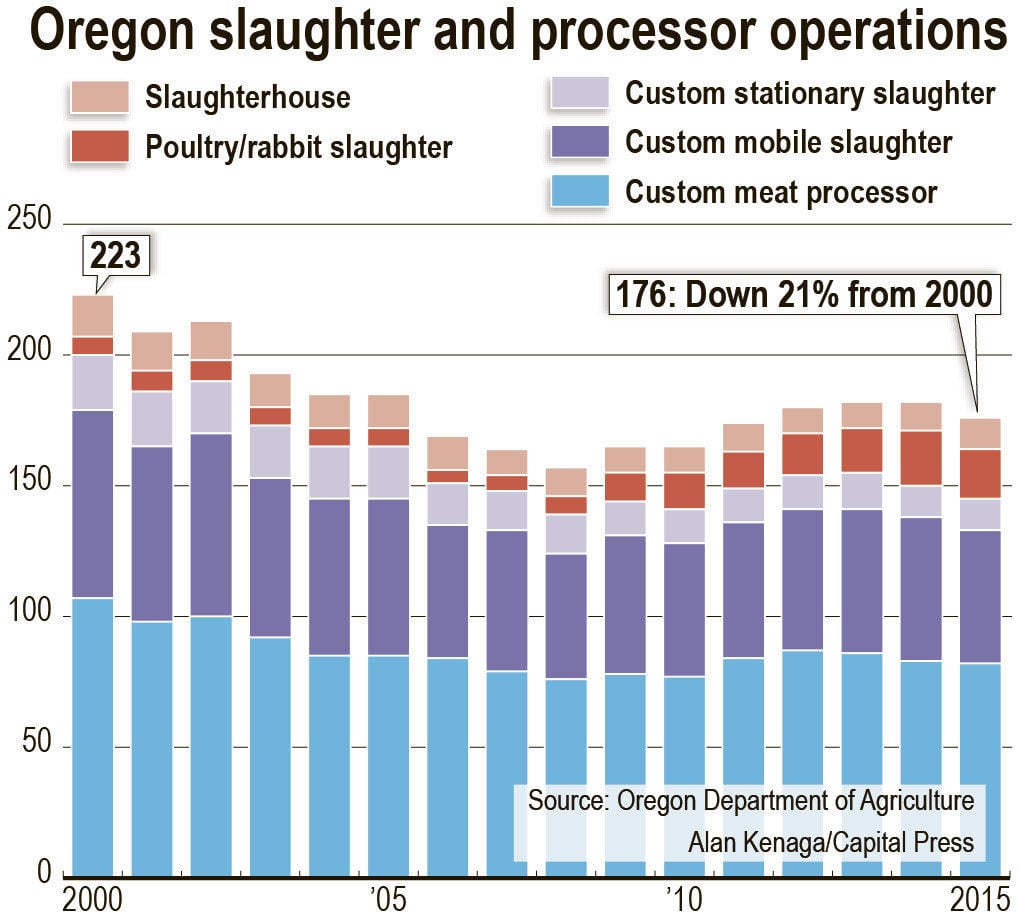 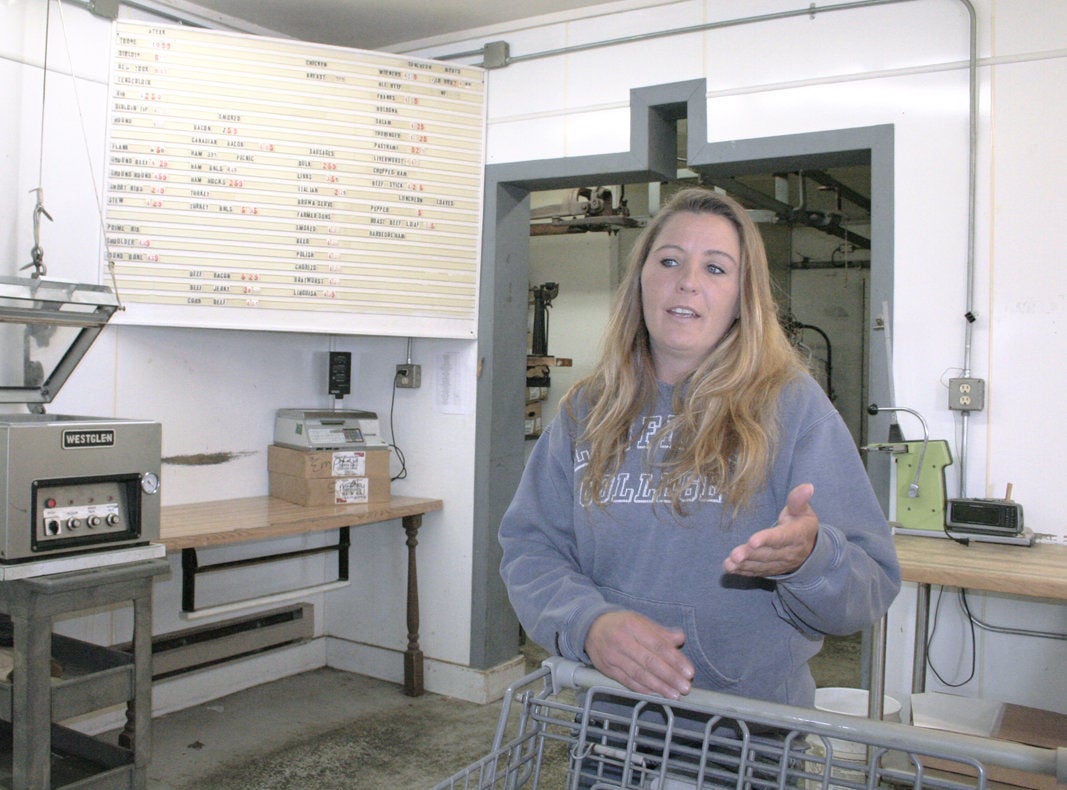 After roughly four decades in operation, the Custom Meat Co. of Eugene, Ore., shut down on June 17.

While employees and clients still hope the mobile custom slaughter and meat processing company will be bought and re-opened, they acknowledge the business fell into disarray after owner Victor Hastings succumbed to cancer in January.

Hastings didn’t leave a will and key licenses for the facility lapsed, contributing to its closure, said Shannon Hughes, the company’s manager.

Unless an investor takes over the company, Keith Cooper, who raises hogs at nearby Sweetbriar Farms, is worried about traveling much greater distances to process carcasses.

The facility and its workers were instrumental in helping Cooper prepare meat for his customers, often when time was in short supply.

“I probably couldn’t have existed or grown my business to the extent I had without the assistance of Custom Meat or Vic Hastings,” he said.

The problems encountered by the Custom Meat Co. provide an example of the pressures faced by Oregon’s slaughter and meat processing facilities.

As the owners of such companies retire or die, finding replacements is difficult — both because their skills are rare and because fewer people are willing to do such work, said Lauren Gwin, an Oregon State University professor and director of the Niche Meat Processor Assistance Network.

“It is a brutal job to go out and kill things all day long,” Gwin said. “It’s not the kind of thing younger people are interested in doing.”

Since 2000, the number of mobile and stationary custom slaughter facilities in Oregon has dropped more than 30 percent, from 93 to 63, according to data from the Oregon Department of Agriculture. Such operations kill animals for their owners, rather than for meat resale.

In that 15 years, the number of USDA-inspected slaughterhouses — which can process livestock for the wholesale meat market — has fallen 25 percent, from 16 to 12.

Apart from the physical hardship of killing, bleeding out and skinning livestock, the job is often financially challenging as well, said Gwin.

An owner of a mobile slaughter truck, for example, must pay for its fuel and upkeep as well as disposing of offal and maintaining the appropriate licenses, she said.

Cow-calf producers often prefer to sell cattle in large lots instead of selling individual animals at auction to local landowners, he said. With fewer locals raising beef, the demand for local slaughter facilities decreased as well.

As the price of cattle has weakened recently, though, more cow-calf producers are again willing to sell “oddball calves” to backyard farmers, Haun said.

Interest in organic, grass-fed and farm-to-table beef also indicates that the local slaughter industry will remain viable, he said. “They’re not just catch-words, it’s reality. It’s something we’ve been doing for decades but its now the hip thing.”

Not all types of meat facilities in Oregon are on the decline.

The number of custom meat processors who don’t kill animals but cut up carcasses has stabilized at above 80 operations in recent years, though it’s still down from roughly 100 operations in the early 2000s, according to ODA data.

Poultry and rabbit slaughter facilities, meanwhile have more than doubled since 2000, from seven to 19 plants.

Gwin of OSU attributes this increase to growing enthusiasm among farmers and consumers for pasture-raised poultry. A state-licensed facility can process and sell up to 20,000 birds a year without USDA inspection.

This exemption was included federal poultry inspection law because lawmakers were aiming to regulate the slaughter industry rather than flocks raised by farmers, she said.

However, efforts to enact similar exemptions for other livestock haven’t gained traction, Gwin said. “Congress doesn’t want to be seen as rolling back food safety laws.”