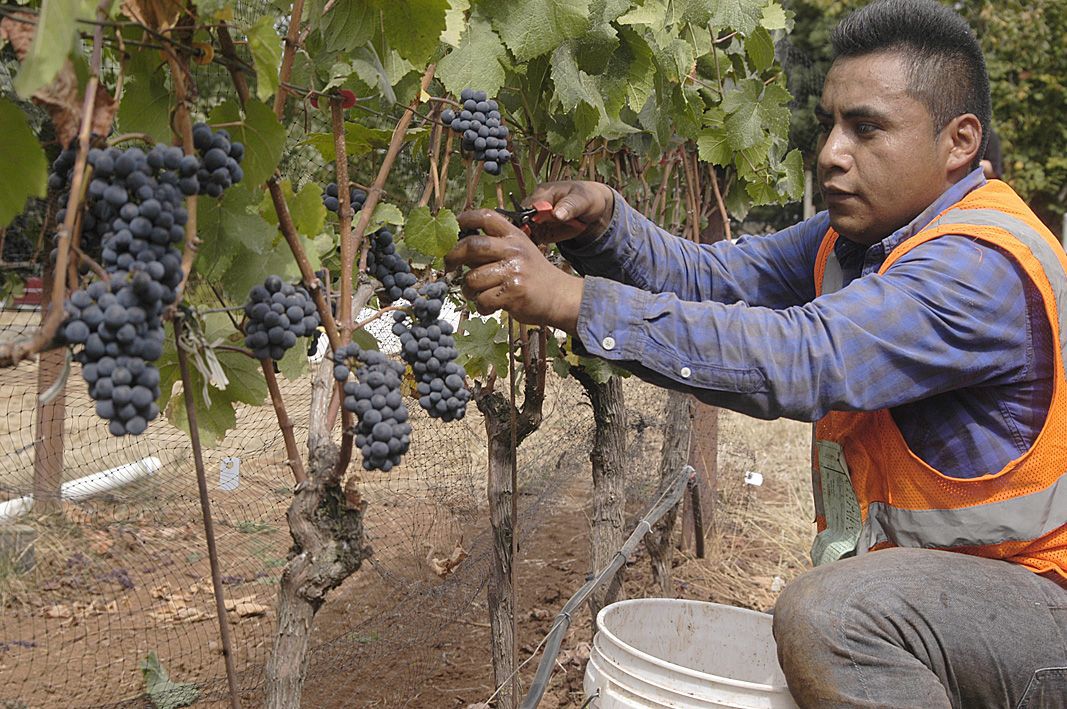 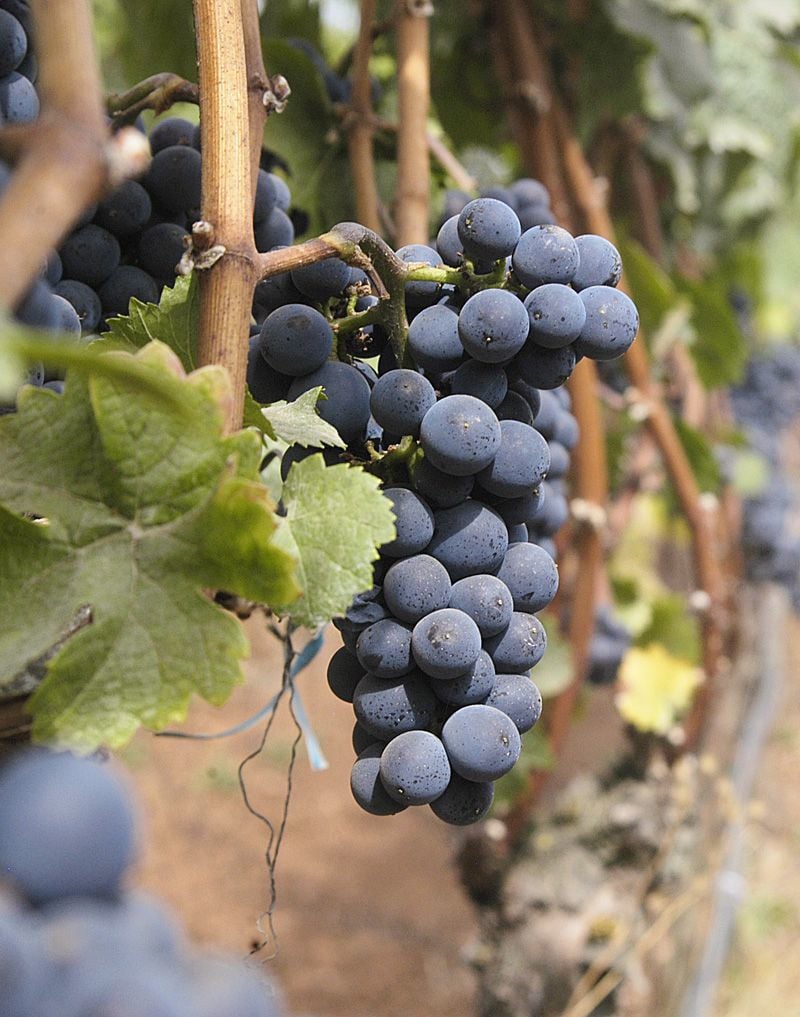 Pinot noir grapes get a last bit of hang time as harvest continues in Oregon's Yamhill County. Winemakers say growing conditions have been ideal this summer. 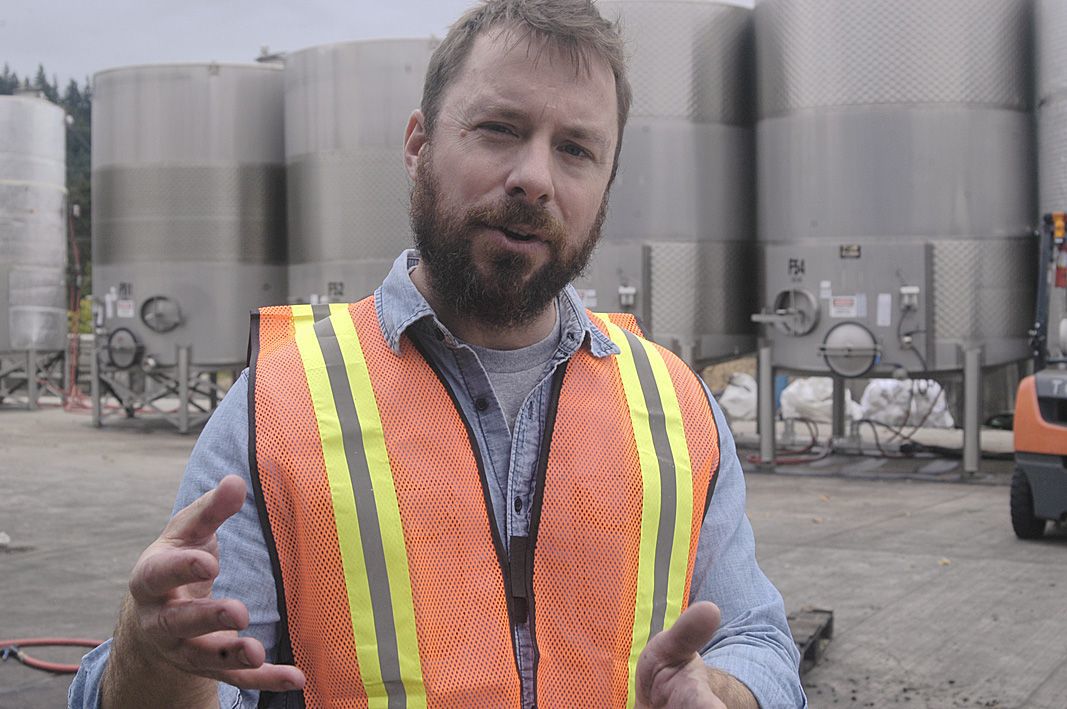 Sam Tannahill, viticulture director and co-founder of A to Z Wineworks in Newberg, Ore., says grape quality this year is “off the charts.”

Pinot noir grapes get a last bit of hang time as harvest continues in Oregon's Yamhill County. Winemakers say growing conditions have been ideal this summer.

Sam Tannahill, viticulture director and co-founder of A to Z Wineworks in Newberg, Ore., says grape quality this year is “off the charts.”

As a result, the state’s growing regions, from Mosier in the Columbia River Gorge to Medford in Southern Oregon, are producing big yields of “beautiful, beautiful grapes,” Tannahill said. “The quality is off the charts.”

Knock on wood — such as those French oak fermentation barrels at A to Z that cost $1,000 each — but the Pinot Noir, Chardonnay, Pinot Gris, Riesling, Rose and other varieties produced this year by the state’s 905 vineyards and 601 wineries may be equally notable.

Tannahill didn’t expect problems from rain that swept into the Willamette Valley this week. The vineyards could use a drink, he said, and the grapes are well-developed, with thick skins that will protect them.

Greg Jones, a Southern Oregon University professor who specializes in viticulture climatology, said 2014 was the warmest growing season on record for most of the state, and largely without extreme temperature spikes that damage crops. The consistently warm temperatures allowed growers to harvest grapes at peak condition rather than rush to beat cold weather or downpours, Jones said. Wine produced should be of very good quality, he said.

“We’re seeing really beautiful fruit this year,” agreed Bill Sweat, chair of the Oregon Wine Board and owner of Winderlea Vineyard and Winery in Dundee, Ore. “The biggest thing we’re fighting on the sorting line this year is boredom.”

Wine quality is less predictable, Sweat said, but sugar, acidity and alcohol levels are trending in the right direction. “Every indication is it’s going to be a very beautiful vintage,” he said.

Vintages from warm years such as this tend to be more fruitful, lush and “very compelling wines early on in their life,” he said. The heavy yield — he’s picking 2.75 to 3 tons per acre compared to the typical 2.25 tons — caused the vines to spread the sugar around. “It’s much more balanced than you would have expected, given the heat,” Sweat said.

Oregon wine has been on a “pretty good run,” with positive ratings from professional wine reviewers in all recent years except for 2007, Sweat said. But with the passage of time, the 2007 vintage has greatly improved. “Those wines are gorgeous right now,” he said.

The heavier yield this year has caused some logistical problems, however, as growers hustle to provide fermentation space.

“You expect to pull 5 tons from a vineyard and 7.5 show up,” Sweat said. “I’ve been joking that we’re putting grapes in pots and pans and crockery.”