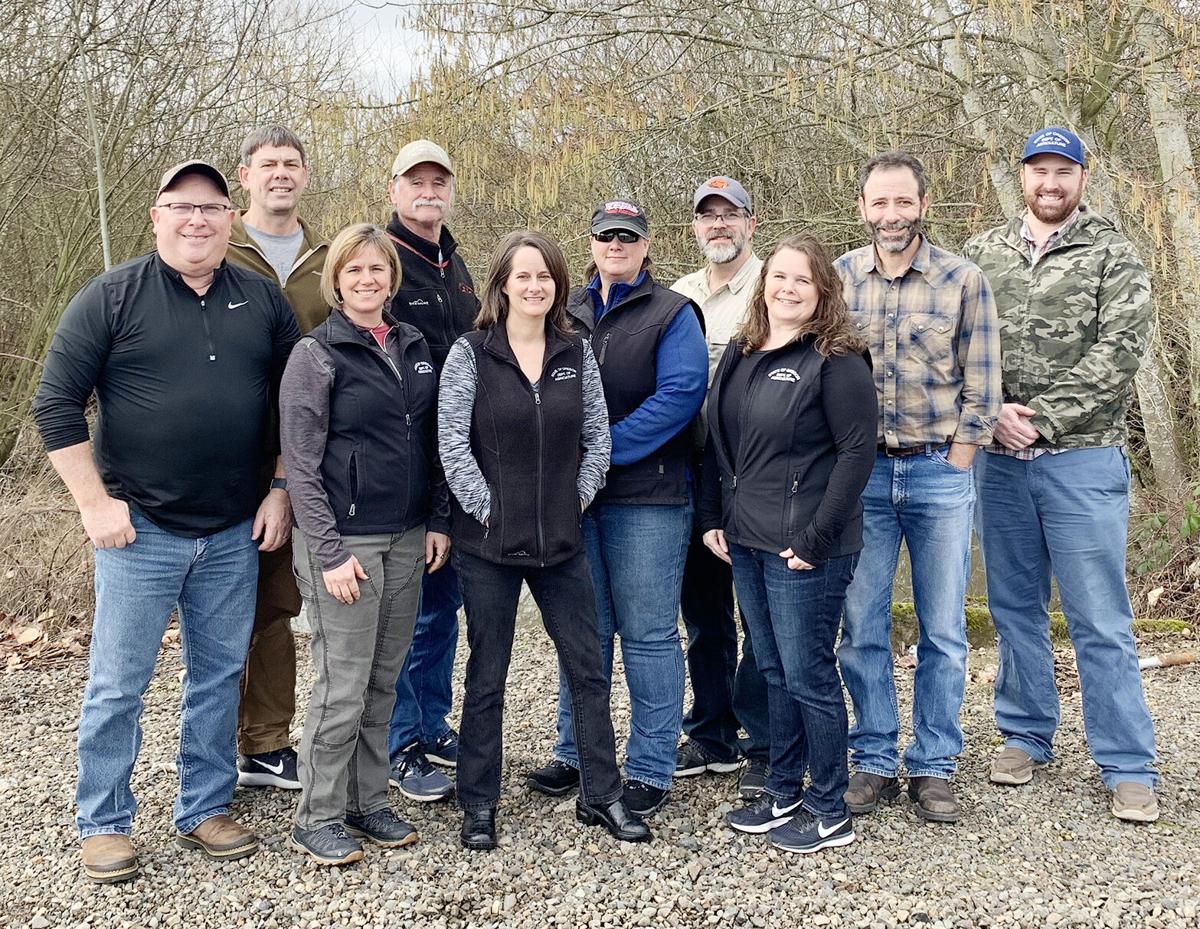 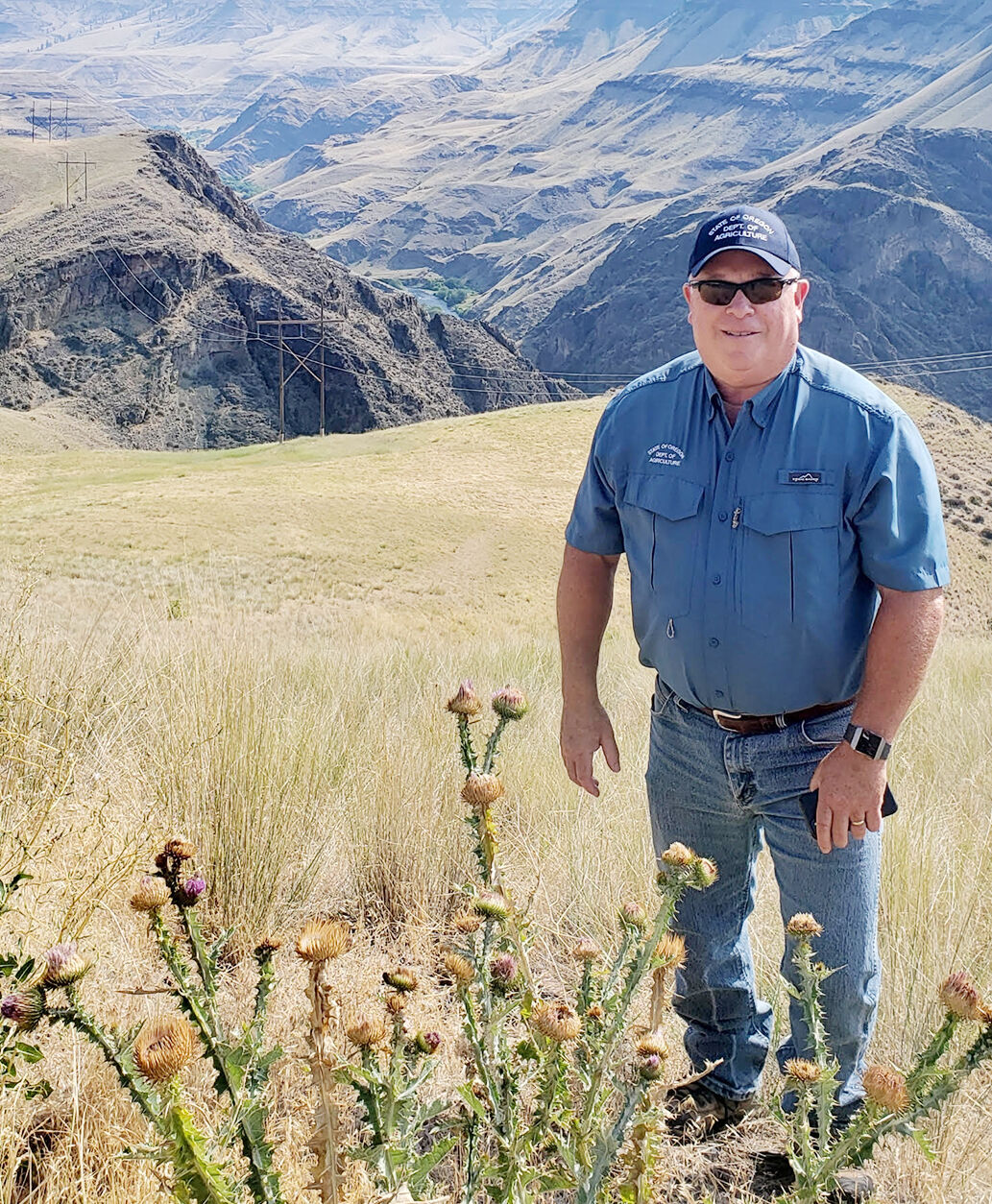 Losing their funding was a shock for the Oregon Department of Agriculture’s Noxious Weed Control Program staff and others who depend on it for control projects and administering noxious weed control grants.

“You must have a perspective of the importance of dealing with invasive noxious weeds for natural resource protection and for protecting Oregon agriculture,” program manager Tim Butler said. He has been with the program 42 years — almost since its origination — serving as manager the past 23.

“Support for natural resource agencies only makes up about 2% of the state budget,” Butler said. “A state priority, many agencies are involved in water resources protection. Invasive noxious weeds have a direct impact on the availability and quality of water.

“From my perspective it doesn't seem like it should be hard to understand but apparently it is and with COVID, lottery revenues are down and decisions had to be made to cut back funding in this biennium. An example is Oregon State Weed Board grants,” he said. “The remaining $1.3 million for this biennium that would have been allocated this coming February has now been pulled by OWEB (Oregon Watershed Enhancement Board).”

In recent years, the funds from OWEB, turned over to the Oregon State Weed Board and the noxious weed program for distribution, have totaled $3 million per biennium. The $1.3 million was the amount left for the last grant cycle.

“We won't be able to have another grant cycle this biennium and this is a real shame because there are a lot of good projects going on all over Oregon to protect natural resources,” Butler said. “Our ODA Noxious Weed Control Program, which administers grants and implements prevention and integrated control projects, has taken an 80% cut in lottery funds. State budgets are in dire straits with the COVID situation and we're just another victim of that.”

“We did an analysis in 2014 that looked at 25 of the 128 state-listed noxious weeds and the estimates showed that just those 25 were making a negative impact of $83.5 million a year on Oregon’s agricultural economy,” Butler said. “We took that a step further and did modeling using those 25 weeds and what kind of impact they would have if we just let them go … that number was estimated at $1.8 billion a year, which illustrates the value of noxious weed control programs.

“Aside from farm and forestry land, people don't realize the impacts on resources like fish, wildlife and recreation where aquatic or riparian-type weeds can choke off waterbodies and greatly impact water quality and quantity.”

Of primary importance in the battle against noxious and invasive weeds is Early Detection and Rapid Response (EDRR) where there’s an estimated $34 return for every dollar invested.

“There are a lot of projects where that EDRR relies on those funds, and for OWEB to get their budget to balance they essentially scrapped that entire grant program,” said Carson Lord, owner of Tree Frog Nursery and a member of the ODA’s Noxious Weed Control Board. “We should be concerned about what the effects will be.”

Lord said some of the program’s greatest victories are the ones the public never hears about because the problem was detected and addressed in its infancy.

“We try to tell the story but anymore a lot of things are crisis-driven,” Butler said. “In the invasive species realm by the time people recognize something is a problem it can almost be too little too late.”

Many of the plants on ODA’s "Most Wanted" state noxious weed list are imports, introduced in some cases as ornamentals or arriving as transoceanic hitchhikers.

“They say tansy ragwort showed up here in the early 1900s when they used soil for ship ballast and later dumped it at one of their ports,” Butler said. “These weeds come in without their natural complex of enemies to keep them in check and that’s what our programs are all about."

Among the program’s 10 technical staff is biocontrol entomologist Joel Price, who of late has been working with about 72 biocontrol agents on 37 weed species. Their efforts to put pressure on invasive weed species by introducing natural enemies have been successful.

ODA’s Noxious Weed Control Program continues to work with federal partners, primarily the U.S. Forest Service and the Bureau of Land Management, but all state projects have been put on hold, Butler said.

“There have been some tough times during my career, but this is certainly the most concerning because it's affecting everybody,” Butler said. “We’ll continue to look for viable solutions and hope policymakers will make available some base-level funding to keep things moving.”

At present Butler is co-managing ODA’s hemp program alongside Gary McAninch, who is retiring, while also managing both the noxious weed control and native plant conservation programs. Most of his weed staff has been reassigned to the hemp program and are implementing hemp inspection efforts.

“Funding cuts have never been an easy thing to deal with but from my perspective after being in this program for over 40 years and being a part of many successes that protect our natural resources, I would hate to see continued reductions,” Butler said. “That would be heartbreaking to me.”