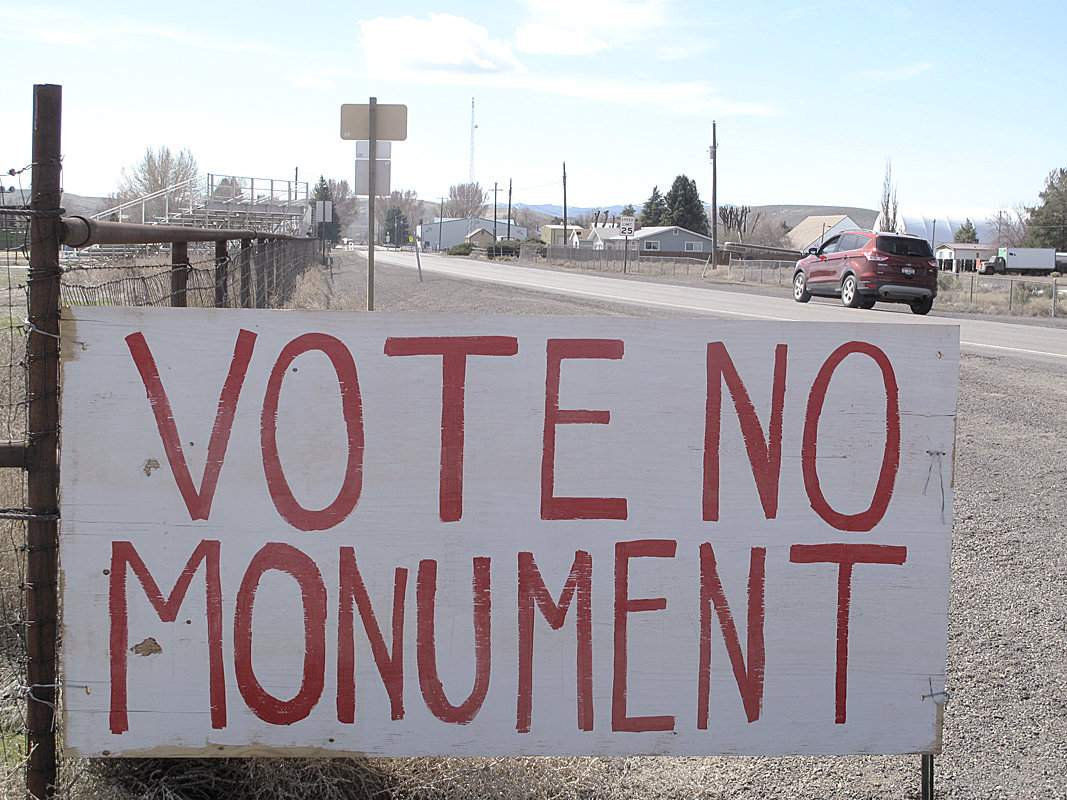 JORDAN VALLEY, Ore. — A TV ad aired on MSNBC in the Portland region during the Democratic National Convention is encouraging people to oppose a proposed national monument in Malheur County.

The ad is paid for by the Owyhee Basin Stewardship Coalition, which was formed by a group of ranchers and other Malheur County residents this year to oppose a proposed national monument on 2.5 million acres in an area of the county known as the Owyhee Canyonlands.

That would represent 40 percent of the county’s total land and opponents worry it would restrict grazing and other economic opportunities.

Rancher and coalition member Mark Mackenzie said the majority of East Oregon residents are aware of the proposal and oppose it and the coalition is trying to ensure people in the rest of the state know about it.

The OBSC has also had “No Monument” billboard signs along the Interstate 5 corridor for about six weeks, he said.

“We’re trying to broaden the coalition base to get people in Portland and the Willamette Valley to stand up and say ‘no,” he said.

“We’re trying to spread the message to folks who may not even know what’s going on in our part of the state,” said rancher and OBSC member Elias Eiguren.

The ad asks Oregonians to let Gov. Kate Brown and U.S. Sens. Ron Wyden and Jeff Merkley, all Democrats, know they are opposed to a monument designation without a vote of Congress.

The proposed monument designation is being pushed by the Oregon Natural Desert Association, an environmental group based in Bend, and Portland’s Keen Footwear.

Supporters say they’re not trying to eliminate grazing, but instead want to prevent mining, transmission lines and oil and gas development. They tout a poll they commissioned that showed 70 percent of Oregon residents supported permanent protections for the Owyhee Canyonlands, including 66 percent in Oregon’s 2nd Congressional District where the national monument would be located.

Opponents believe monument supporters will ask the Obama administration to use the Antiquities Act to create a national monument. They oppose a monument designation through executive order.

Monument opponents respondwith their own poll results, which show 73 percent of Oregonians believe that national monument designations should be approved by Congress rather than the president.

In a news release. OBSC Chairman Steve Russell, a rancher, said East Oregon families “are searching for a leader in the Democratic party who will stand up for rural Oregon. We face strong opposition from well-funded special interests and Portland-based corporations, and our community needs a champion.”

Mackenzie said the message of not designating a national monument without local input and a vote of Congress is one that resonates across party lines and the coalition believes it will enlist more support as that message reaches a larger audience.

“I don’t view this as a Democrat or Republican thing,” he said. “This is about the health of the land and not about any political party.”

Formed in March, the coalition has raised $370,000, most of it from Malheur County, Mackenzie said.

OBSC now includes more than 6,000 members, a dozen organizations and more than three dozen elected leaders from across Oregon, according to the news release.

“We formed this coalition to have a voice in the process,” Mackenzie said. “This has unified the county and the people here.”