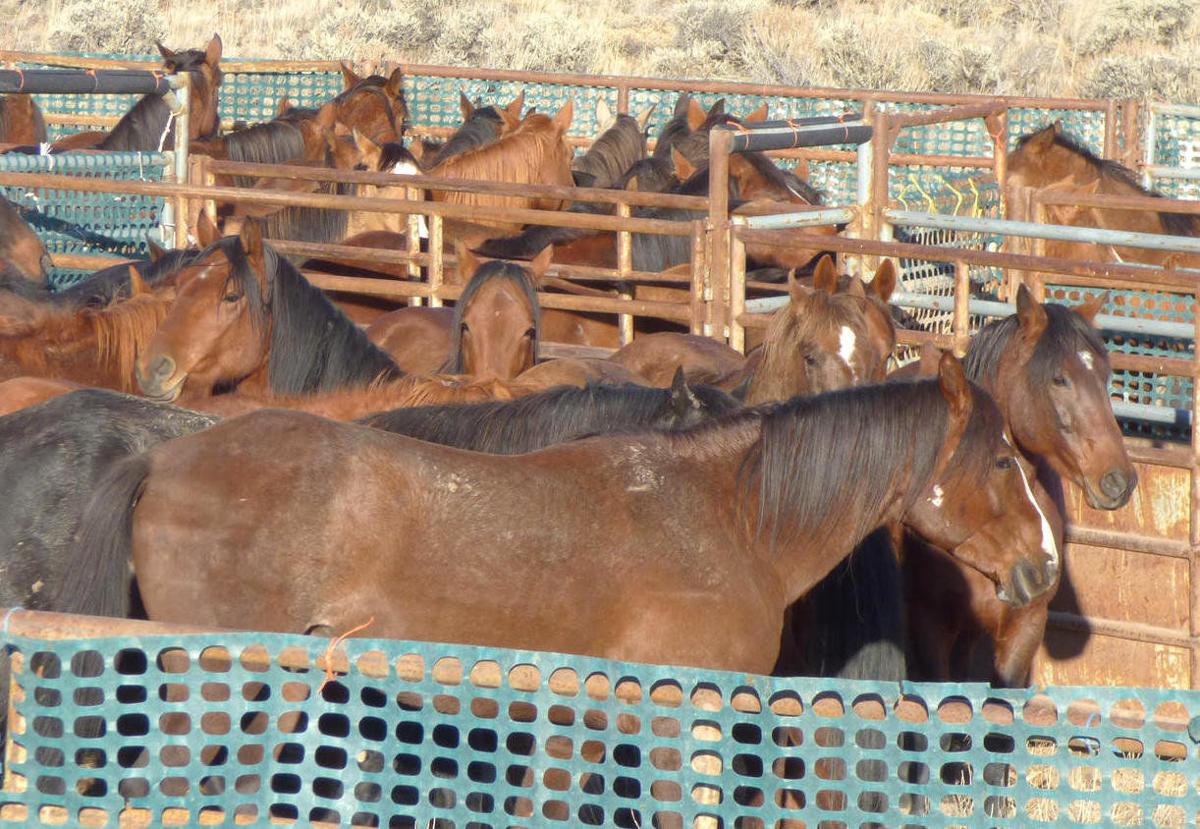 Wild horses in a corral in Oregon. A federal judge refused to overturn the government's decision to permanently remove about 150 wild horses from Eastern Oregon's Three Fingers Management Area despite a legal error.

Wild horses in a corral in Oregon. A federal judge refused to overturn the government's decision to permanently remove about 150 wild horses from Eastern Oregon's Three Fingers Management Area despite a legal error.

Although an emergency roundup of wild horses in Eastern Oregon violated environmental law, a federal judge has allowed the government’s permanent removal decision to stand.

However, the judge has now found that BLM’s mistake wasn’t grave enough to warrant overturning the decision to permanently remove the horses from the 62,500-acre Three Fingers Horse Management Area in Malheur County.

Friends of Animals, a nonprofit that sued BLM over the roundup, had asked Simon to vacate the permanent removal decision, which would have opened the way for horses to eventually be returned to the area.

Instead, the agency will be able to conduct an environmental review of the decision while it remains in place.

“Although the current state of the HMA is somewhat in dispute, that there is sufficient evidence to find a risk of harm to the HMA if the removed horses were to be returned at this time,” Simon said. “The evidence suggests that this could negatively affect the range’s future ability to provide a viable habitat for wild horses, and would be inconsistent with applicable Land Use Plans and other land management plans currently in place.”

Wild horses are a concern for ranchers in Eastern Oregon, where cattle often depend on grazing resources on public lands.

The judge issues his ruling on Aug. 9, a day after holding oral arguments in Portland over possible legal remedies for the BLM’s violation of NEPA.

Michael Harris, attorney for Friends of Animals, argued the BLM’s error was serious because the agency ignored the environmental impact of removing most horses from the northern pasture of the horse management area.

“That’s a real change in the dynamics of the landscape,” Harris said.

Wild horses have a great deal of “site fidelity,” so those in the HMA’s southern pasture are likely to stay there rather than migrate across rugged terrain to the north, he said.

“De facto, it’s like a border change of the HMA,” Harris said. “This is just a completely unanalyzed consequence that was made under an emergency decision.”

Lucinda Bach, attorney for the government, disputed the argument that horses don’t move between the pastures, noting that 11 were sighted in the northern pasture during a recent aerial survey, up from seven a year ago.

By the time the northern pasture is expected to recover from the fire in the spring of 2019, the horse population will likely have naturally grown closer to the maximum “appropriate management level” for the area, Bach said.

“It makes no sense to return horses to the HMA and then accelerate the need for another gather,” she said.

Harris countered that horses will primarily multiply in the southern pasture, concentrating the population to that segment.

“We think it will exacerbate the need for roundups,” he said.