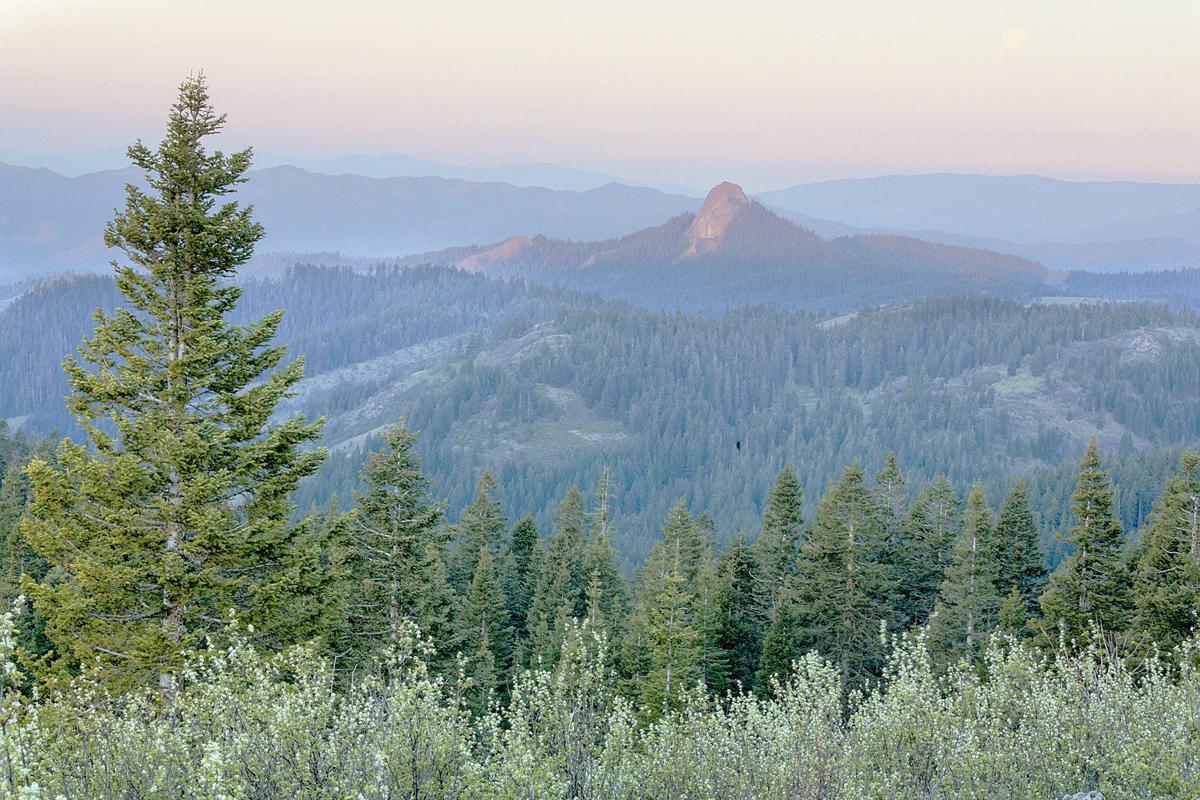 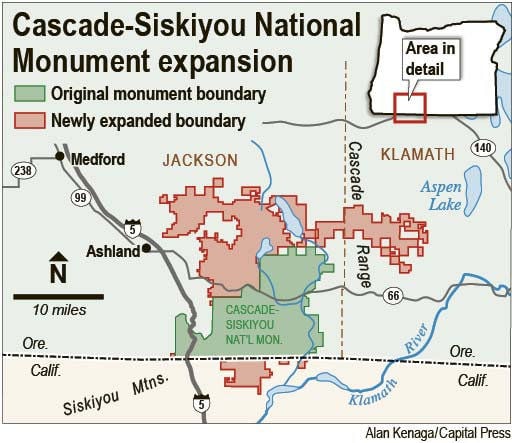 A federal judge in Washington, D.C., has determined the 2017 expansion of Oregon’s Cascade-Siskiyou National Monument was largely invalid, contradicting an earlier ruling by a federal judge in Oregon.

U.S. District Judge Richard Leon of the District of Columbia has ruled the Obama Administration violated federal law by expanding the monument’s logging restrictions onto roughly 40,000 acres of so-called O&C Lands, which must be managed for sustained timber production.

“Put simply, there is no way to manage land for sustained timber production, while simultaneously deeming the land unsuited for timber production and exempt from any calculation of the land’s sustained yield of timber,” Leon said.

The judge’s invalidation of the monument’s expansion was part of a broader opinion that determined there’s “no doubt” the U.S. Bureau of Land Management’s 2016 resource management plans for O&C Lands have reduced logging to unlawful levels.

“This Court must, therefore, conclude that the 2016 RMPs violate the O&C Act by setting aside timberland in reserves where the land is not managed for permanent forest production and the timber is not sold, cut and removed in conformity with the principle of sustained yield,” Leon said.

So-called O&C Lands are governed by a 1937 statute under which roughly 2 million acres of property were retaken from the Oregon and California Railroad by the federal government and dedicated to timber production.

In 2017, the Obama administration enlarged the 66,000-acre Cascade-Siskiyou National Monument by 48,000 acres, most of which were located on O&C Lands, prompting several lawsuits by timber industry organizations.

Earlier this year, a federal judge in Oregon held the expansion was lawful because President Obama had the authority under the Antiquities Act to add acreage to the monument.

The judge also held that logging within the monument’s O&C Lands didn’t have to be maximized to comply with the requirement of sustained timber production.

The more recent Washington, D.C., decision that invalidates the monument’s 40,000-acre expansion and declares unlawful the resource management plans for O&C Lands will be appealed by the Klamath-Siskiyou Wildlands Center, Oregon Wild and Soda Mountain Wilderness Council, said Kristen Boyles, attorney for the environmental groups, which intervened in the lawsuit.

“They’re directly contradictory because they even address the same claims,” Boyles said of the two rulings.

Boyles said the judge in Washington, D.C., has been the first to adopt a hard-line interpretation of the 1937 O&C Lands Act that has been pushed by the timber industry for about 30 years and which doesn’t take into account environmental protections from the more recent Clean Water Act and Endangered Species Act.

“It’s an extreme view of the O&C Act, very broad,” she said. “Regardless of the monument, that’s going to be an important decision to clarify and appeal. It doesn’t exist alone in a vacuum of laws.”

Coby Howell, an attorney for the BLM, said he could not comment on the ruling.

If both the rulings from Oregon and Washington, D.C. are upheld on appeal, that could set up a fight before the U.S. Supreme Court, but that process would still be a lengthy one, according to attorneys involved in the case.

Environmental groups will urge the BLM not to take any action that would endanger the monument while the timber industry considers the expansion’s invalidation to be effective until further notice.

“It’s a big first step, but it’s going to to take a while,” said Lawson Fite, attorney for the American Forest Resource Council, a plaintiff in the litigation.

The ruling out of Washington, D.C. is a great development for the communities and environment of Oregon and the Northwest, Fite said.

“The court has basically directed that the O&C Act means what it says, and we’re grateful for that,” he said.

The timber industry plaintiffs will now ask the judge to order the BLM to revise its resource management plans for O&C Lands so they’re consistent with his ruling, Fite said. “Figuring out a timeline for a new plan is probably one of the big things that’s going to happen there.”