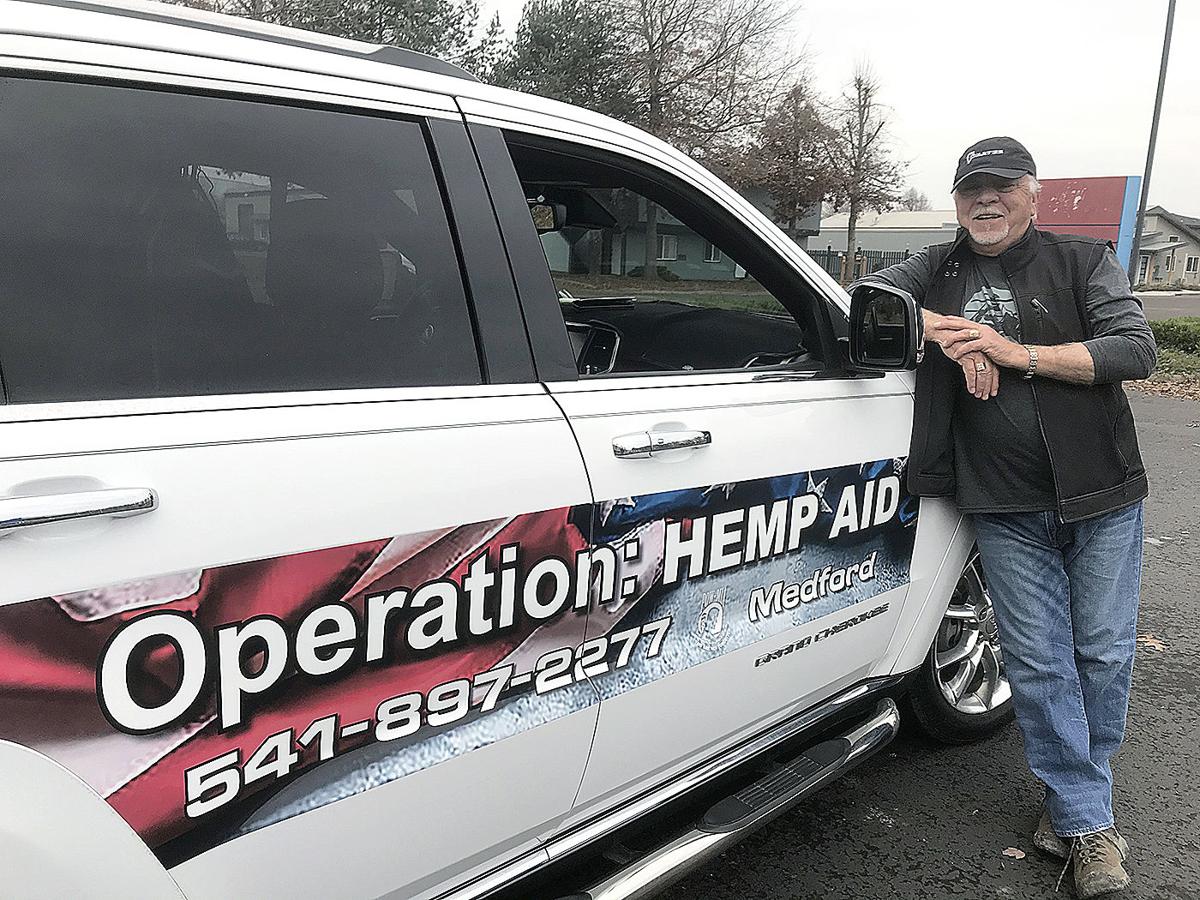 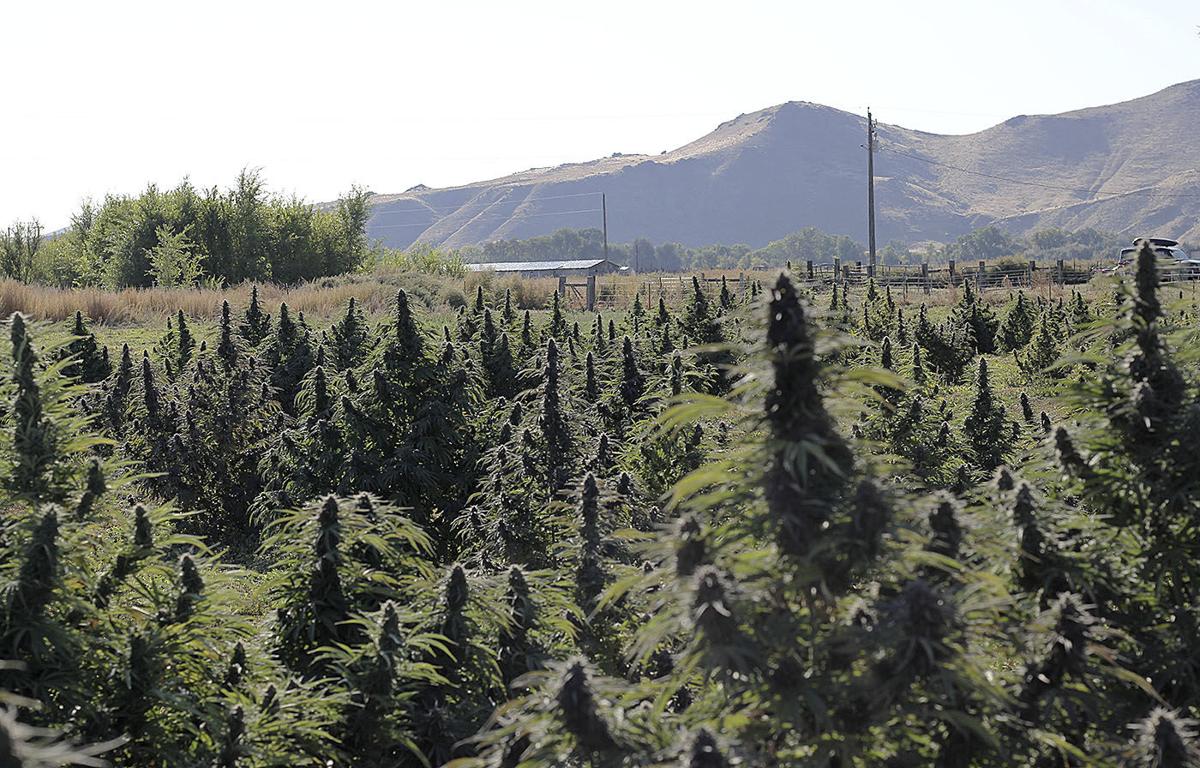 A field of hemp grows in Vale, Ore. A proposal to create an Oregon Hemp Commission is gaining ground among state lawmakers after two earlier attempts didn't gain traction.

A field of hemp grows in Vale, Ore. A proposal to create an Oregon Hemp Commission is gaining ground among state lawmakers after two earlier attempts didn't gain traction.

The surge of enthusiasm that spurred a five-fold expansion of Oregon’s hemp acreage this year has been dampened by numerous problems that prevented many farmers from cashing in on the crop.

A shortage of equipment necessary to harvest, dry and process hemp has forced many growers to abandon fields they initially hoped would reap robust financial rewards.

“They got caught up in the grand illusion,” said Rick Kozen, a hemp entrepreneur whose Operation: Hemp Aid is helping distressed growers. “It was almost set up for failure.”

Expectations of strong revenues have often proven overly optimistic as the amount of hemp produced in Oregon and elsewhere has swamped the fledgling infrastructure needed to make finished products available to potential buyers.

“People heard there was a lot of money and they went into it fast and furious,” said Mark Taylor, founder of the Southern Oregon Hemp Co-Operative. “Poor planning produces poor results in any commerce.”

While the 2019 season was bitterly disappointing for some hemp farmers, the turbulence and uncertainty are unfortunate “growing pains” that likely won’t permanently hamper the industry’s potential for profit, experts say.

“It’s going to be a little bumpy until the infrastructure matures,” said Beau Whitney a senior economist at New Frontier Data who tracks the hemp industry.

Regulatory and market factors converged to cause hemp acreage to surge in 2019.

The crop was legalized at the federal level by the 2018 Farm Bill, convincing farmers that hemp could be grown without the same legal jeopardy as marijuana, the psychoactive form of cannabis that remains illegal under federal law.

At the same time, the marketplace saw a profusion of new food, beverage and cosmetic products containing cannabidiol, or CBD, which is a compound contained in hemp that’s touted for reducing inflammation and possessing other healthful qualities.

Farmers who were accustomed to earning a few hundred dollars per acre growing hay were inspired to switch to hemp after hearing about others earning $50,000 per acre in revenues from the crop, Taylor said.

“Bragging has a funny effect on the market,” he said. “It can make people jump in without thinking.”

An early problem to emerge was with hemp seeds that were advertised as being “feminized,” or altered to only germinate female plants that produce CBD-laden flowers, said Kozen.

In fact, some growers later found the seeds weren’t actually feminized, meaning that half of them grew male plants that caused problems with cross-pollination and unwanted seed production, he said.

“It’s not conducive to harvesting large crops,” said Kozen, who expects 40% of Oregon’s hemp acreage went unharvested this year. “There’s no congruity in the industry, there’s no standard.”

Once the 2019 crop was ready to harvest, many growers discovered that machinery needed to reap, dry and bale hemp wasn’t as widely available as they’d been led to believe, said Jerry Norton, founder of American Hemp Seed Genetics.

“We’ve had some bottlenecks,” Norton said. “A lot of people were sold a bill of goods.”

Likewise, some purported hemp brokers misrepresented themselves as having existing deals to sell the crop to major processors and product manufacturers, when in fact such deals were only speculative or didn’t exist at all, said Whitney.

Farmers who grew hemp based on such false promises learned at harvest time that they didn’t actually have a market for their crops, he said.

“There are a number of people out there who are just corrupt,” Whitney said. “It would put the cultivator into a false sense of security that their crop had been sold, then they had the carpet pulled out from under them.”

Ken Iverson, whose family grows hemp near Woodburn, Ore., said he was able to bring in the 2019 crop successfully and is processing it using the farm’s own equipment. He was forced to harvest early, however, as September rains caused gray mold on the flowers.

Even so, he acknowledges the market for hemp is depressed as “everybody’s trying to find a place to sell it,” which is only aggravated while manufacturers await guidelines for CBD from the U.S. Food and Drug Administration.

The federal agency is still deciding whether to regulate CBD as a food additive or more strictly as a pharmaceutical, which has convinced some food companies to delay jumping into the market, Iverson said. “We really need the FDA to come out and say what they’re going to do.”

Prices for hemp biomass reached as high as $40 per pound during the spring and summer, but they’ve since fallen to about $10 per pound, which roughly works out to $20,000 an acre in revenue, said Whitney.

“It’s not making people rich, they’re doing better than corn and soy and wheat, but they’re not going to be able to retire off this stuff,” he said. “It’s a lot harder than people originally thought.”

It’s especially tough for farmers who can’t find a buyer for raw biomass and must pay to have the hemp processed into CBD oil themselves, he said.

“They’re holding onto their crop a lot longer and paying more to put it into a higher value product,” Whitney said.

However, the headwinds faced by growers this year may not be as powerful in future years as the industry establishes itself and manufacturers gain confidence in the supply chain, he said.

At that point, there’s likely to be a “second wave” of demand for hemp as the crop is used not only for CBD products but also for textiles, construction materials, papers and plastics, for example, Whitney said. “There’s a real bright opportunity ahead of them.”