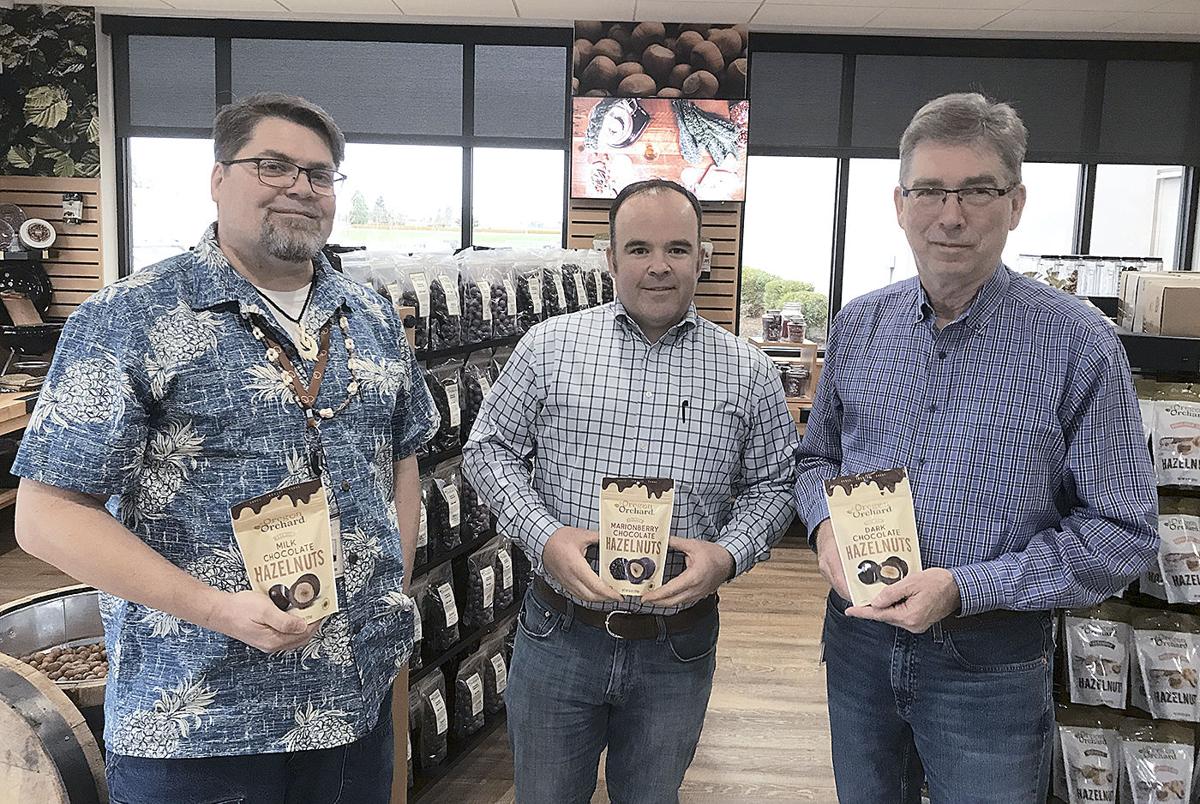 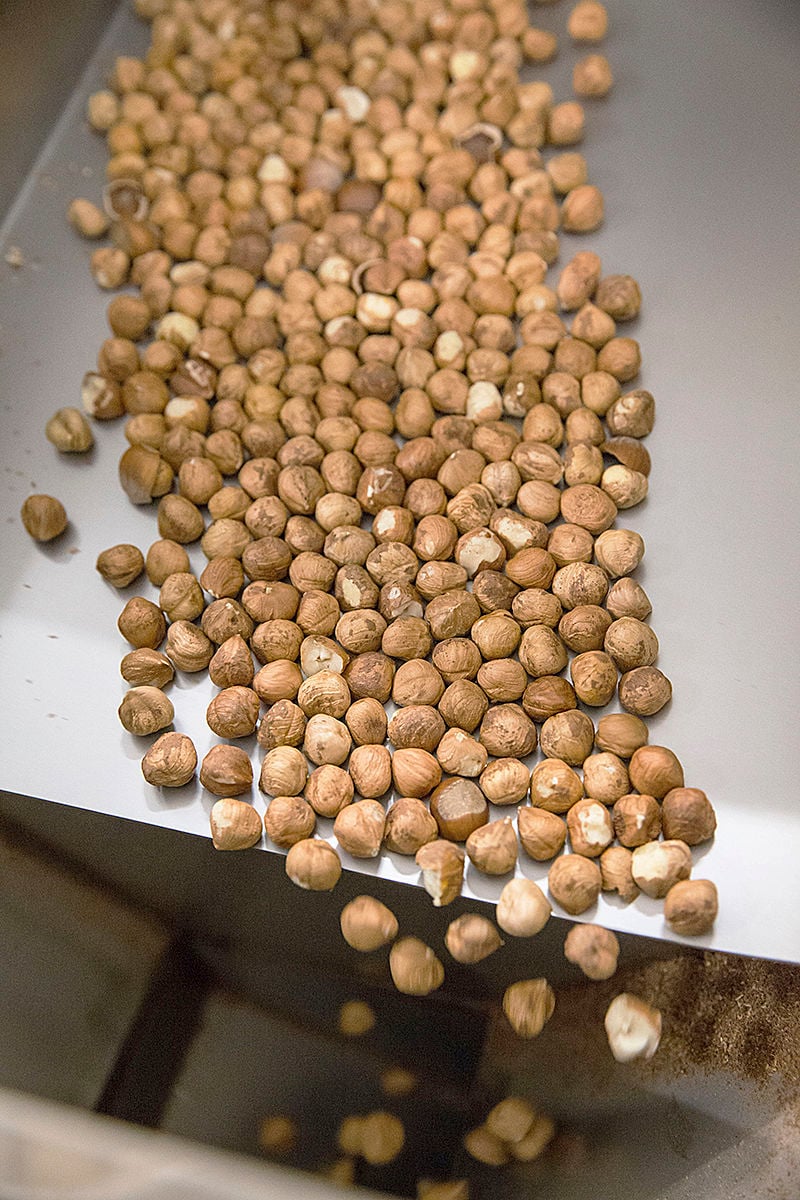 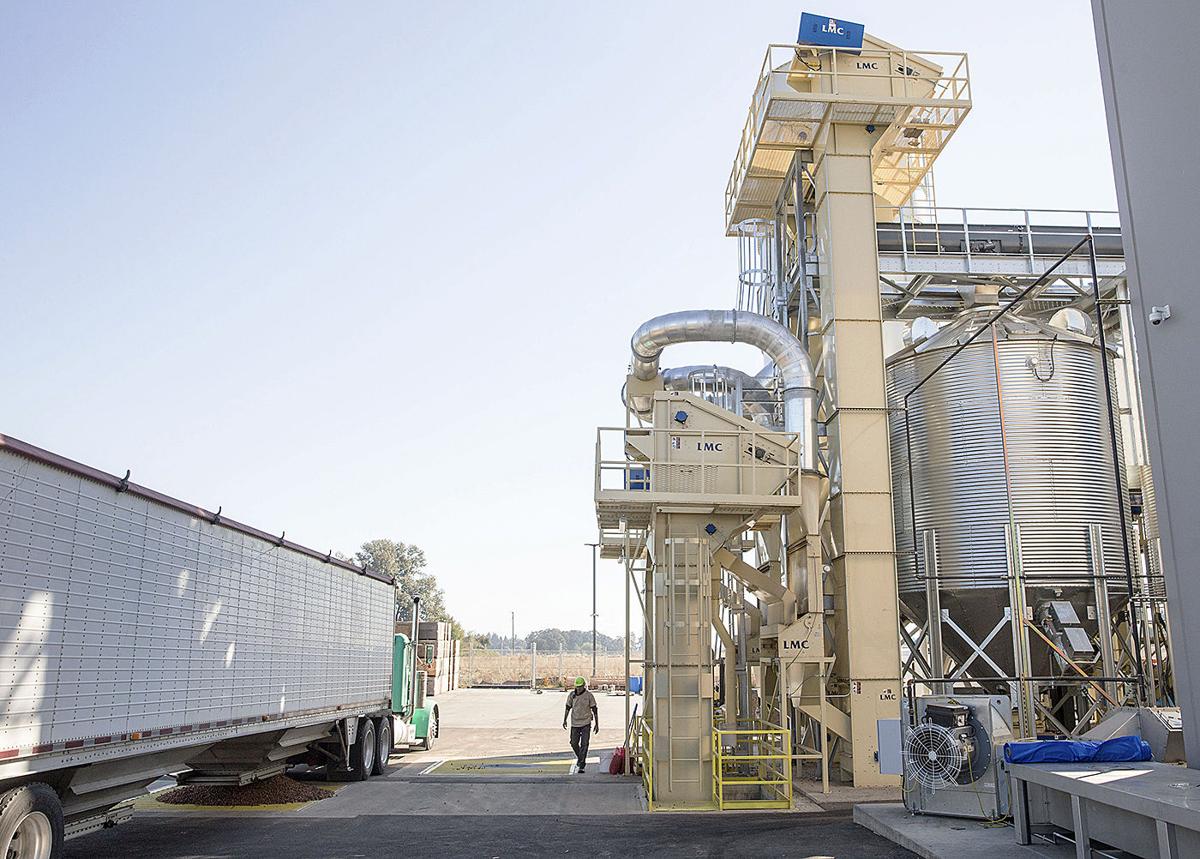 Hazelnuts being processed in Donald, Ore.

Hazelnuts being processed in Donald, Ore.

During a recent road trip, Greg Thorsgard noticed a scarcity of hazelnut products on the shelves of grocery stores he visited.

To Thorsgard, the deficiency emphasized the open playing field available for the Hazelnut Growers of Oregon cooperative, of which he’s the chief operating officer.

The cooperative has recently rolled out several new consumer-oriented items made from hazelnuts and plans to continue expanding the value-added product line to reduce the industry’s dependence on exports.

“We’re not facing a tide of trying to displace other hazelnuts in the market,” Thorsgard said.

Oregon’s hazelnut crop has largely been sold in bulk to domestic manufacturers and to exporters who predominantly focus on the Chinese market, Thorsgard said.

After merging with the Wilco cooperative, HGO opened a new facility in Donald, Ore., in 2018 that includes food-grade processing and pasteurization equipment in addition to the machinery needed for bulk packing.

The goal is to widen the value-added sales channel for hazelnuts, which generates more net income for the cooperative’s farmers and improves the entire industry’s visibility, he said.

“It will give the whole valley a boost to take nuts away from exports and place them here domestically,” Thorsgard said. “We’re trying to break that paradigm.”

Historically, major food manufacturers viewed Oregon as having a “small, unreliable crop” by global standards, particularly since hazelnut trees have tended to alternate between years of strong and weak yields, he said.

That’s expected to be less of a problem in the future due to Oregon’s growing hazelnut acreage, which is expected to generate nearly 100,000 tons of nuts in 2024, roughly double the most recent harvest level, Thorsgard said. Yields from the newer cultivars also tend to swing less wildly.

“We’ll have enough nuts to support those multinational companies,” he said.

Hazelnut Growers of Oregon initially expects that only a tiny fraction of its total hazelnut volume will be sold through its value-added product lines.

“It takes so long to build, it’s definitely not an overnight thing,” Thorsgard said.

However, the profit margins on such consumer-oriented items are much higher than for hazelnuts sold in bulk.

In five years, the cooperative could see about 40% to 50% of its profits coming from the retail arena, though such products may represent only about 5% of its volume, he said.

An added advantage of the value-added sales channel is that it’s less volatile than the commodity market for hazelnuts, Thorsgard said. “That helps stabilize pricing for growers also.”

The cooperative’s hazelnut baking ingredients would be familiar to shoppers who see similar sliced, diced, roasted and whole nut products made from other nuts, such as almonds.

“Nuts are thought of as a premium inclusion, whether it’s for salads or baked halibut with a hazelnut crust,” he said. “We wanted to bring that to the home cook.”

“Spicy and exotic flavors have been trending for the past four or five years. We’re catching that wave,” said Matthew Gillespie, HGO’s marketing and innovation manager.

HGO’s four types of chocolate-covered hazelnuts are the latest addition to its consumer line of products, but the cooperative is also planning to make hazelnut butter, hazelnut oil and hazelnut flour.

The new processing facility allows the cooperative to minimize waste and control its own manufacturing, though some processes — such as chocolate-coating — are done by specialized contractors.

A candy wholesaler will soon be distributing all 13 “Oregon Orchard” products to retailers, while grocers in the Northwest have already begun selling the snacks and baking ingredients.

“There’s a sense of pride to see your products on the shelf,” said Ryan Flaherty, HGO’s grower relations manager.