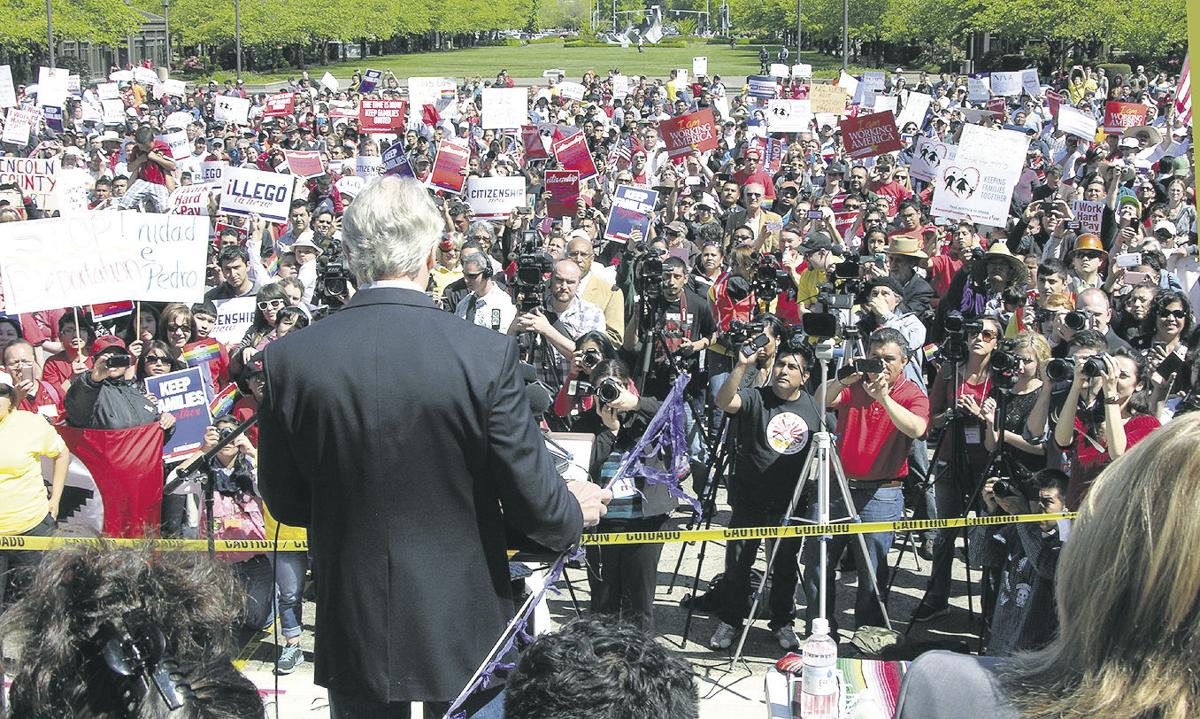 Mitch Lies/Capital Press Gov. John Kitzhaber speaks to hundreds to rally on the Capitol steps May 1 prior to signing into law Senate Bill 833, which gives undocumented immigrants an opportunity to obtain Oregon driving privileges. 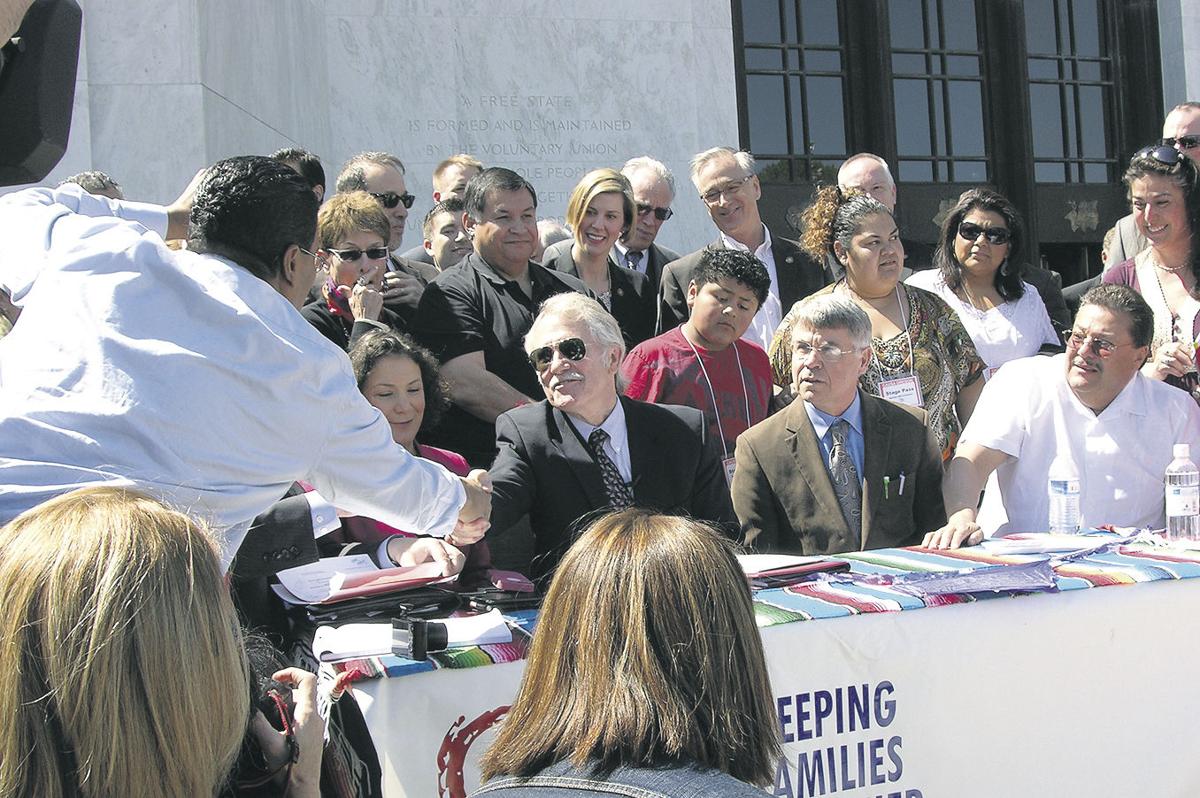 Mitch Lies/Capital Press Gov. John Kitzhaber speaks to hundreds to rally on the Capitol steps May 1 prior to signing into law Senate Bill 833, which gives undocumented immigrants an opportunity to obtain Oregon driving privileges.

SALEM -- Calling it an historic occasion, Gov. John Kitzhaber on May 1 signed into law a bill allowing undocumented immigrants an opportunity to obtain Oregon driving privileges.

A day earlier, the Oregon House passed Senate Bill 833 by a vote of 38-20 after a lengthy floor debate.

The Senate earlier passed the bill.

In front of hundreds to rally on the Capitol steps, Kitzhaber put his signature to a bill that he said "not only improves public safety but also helps all Oregonians integrate and contribute to our society and our economy.

"With this bill, all Oregonians can take a driver's exam and get a license and get car insurance and can drive safely to and from work, and from school and from church and to the store," Kitzhaber said.

SB833 calls for the state to issue a short-term "driver's card" to applicants who meet certain conditions.

Applicants must show proof of identity, have resided in Oregon for a year and pass written and driving skills tests to qualify for the card.

They won't, however, need to show proof of legal presence.

The driver's card would be good for four years, half the duration of a standard Oregon driver's license and would not be considered proper identification for boarding commercial airlines, to enter federal buildings, buy a gun or vote.

It will be designated a "driver's card" to distinguish it from a regular Oregon driver's license.

Cost for the short-term driver's card would be $64, compared to $60 for a standard eight-year driver's license.

Fees paid by customers are expected to cover the cost of the card, said Amy Joyce of the Oregon Department of Transportation.

Addressing a May Day rally crowd, Sen. Chuck Thomsen, R-Hood River, said the bill "did not just squeak through the Legislature," but passed with bipartisan support.

Five Republicans were among the 38 lawmakers to back the bill in the House, including bill co-sponsors Reps. Mark Johnson of Hood River and Vic Gilliam of Silverton.

During the 90-minute floor debate, Gilliam said he wasn't excited with many parts of the bill, but, he said: "I think it is a small step forward in facing reality."

Gilliam said the bill does not address immigration reform, but is narrowly focused to improve road safety by conferring driving privileges to undocumented immigrants who already live and work here.

"For the businesses and farmers that benefit from this bill, I offer my hand," Gilliam said.

Other Republicans spoke against the bill, saying it unfairly gives a privilege to people living illegally in Oregon.

"Our state has determined that driving is a privilege," Rep. Kim Thatcher, R-Keizer, said. "It is not a right, and we should be very careful about who we allow the privilege of driving on Oregon roads."

Opponents also said the bill does not guarantee that roads will be safer or that more drivers will be insured.

Rep. Chris Harker, D-Beaverton, another co-sponsor of the bill, closed the floor debate by saying that the bill has "unprecedented support" from a broad coalition of organizations representing agriculture, the faith community, business, labor, the law enforcement and immigrant communities.

In the signing ceremony, Kitzhaber said the bill is motivated by a vision "that all Oregonians deserve their shot at the American dream.

"This bill helps create secure jobs with upward income mobility, and supports safe, secure communities where people have a sense of common purpose and commitment to one another," Kitzhaber said.