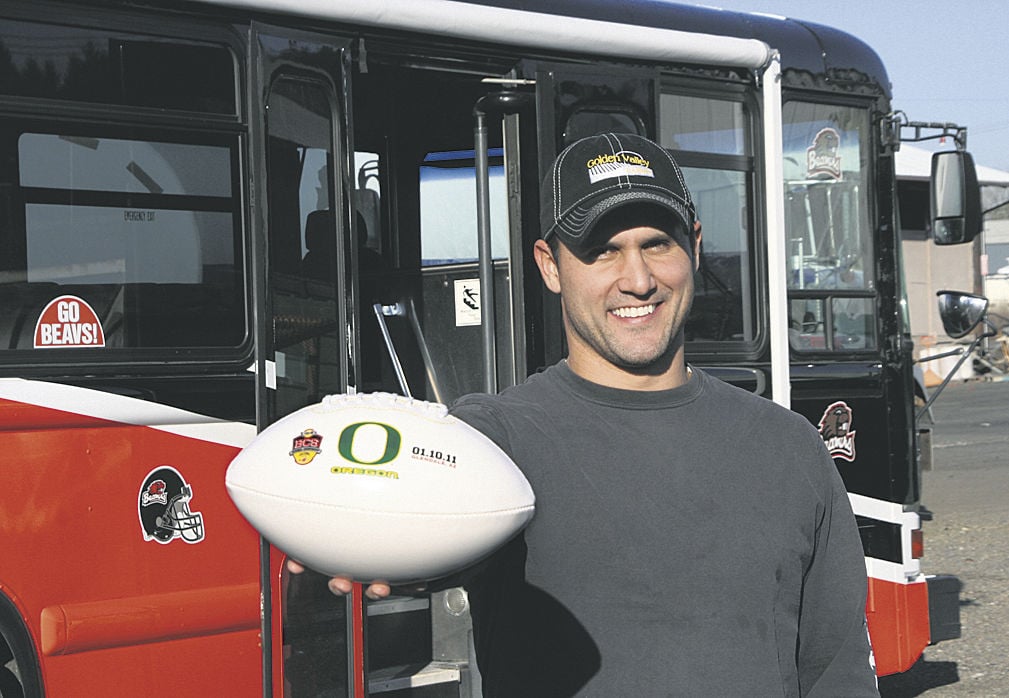 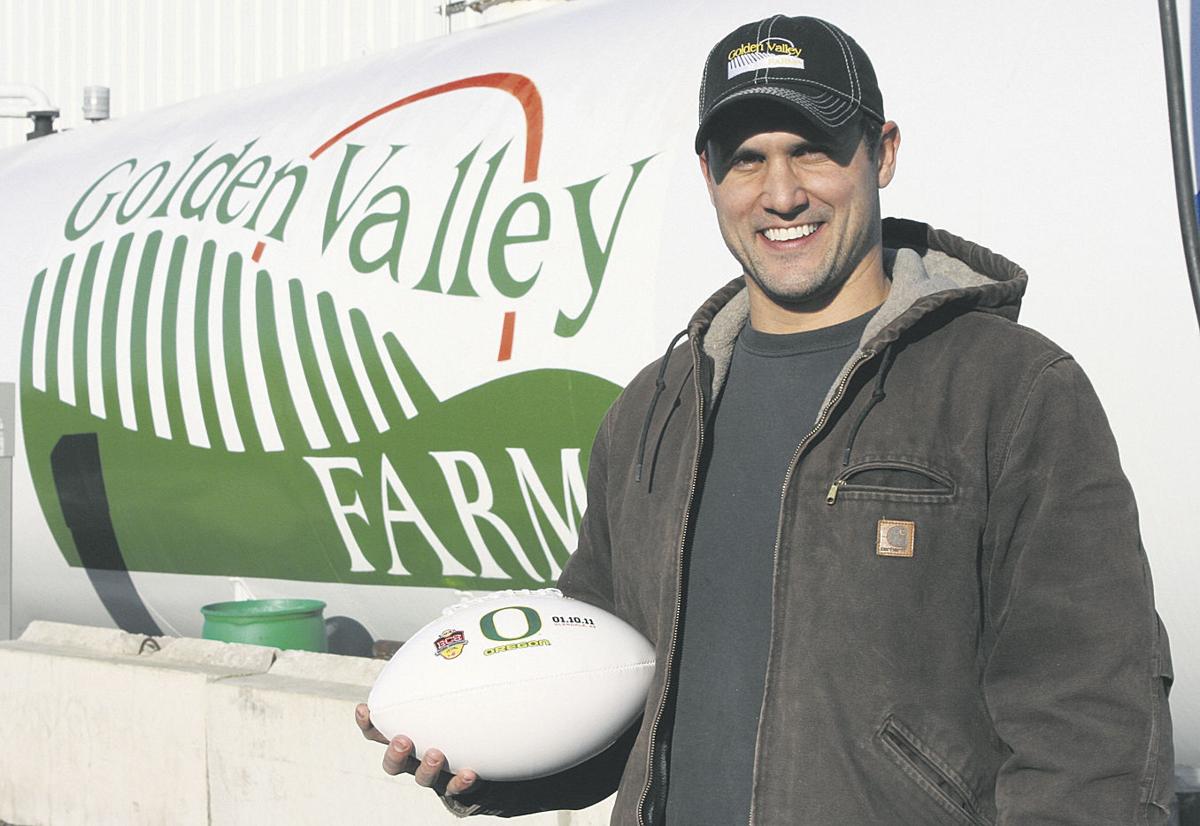 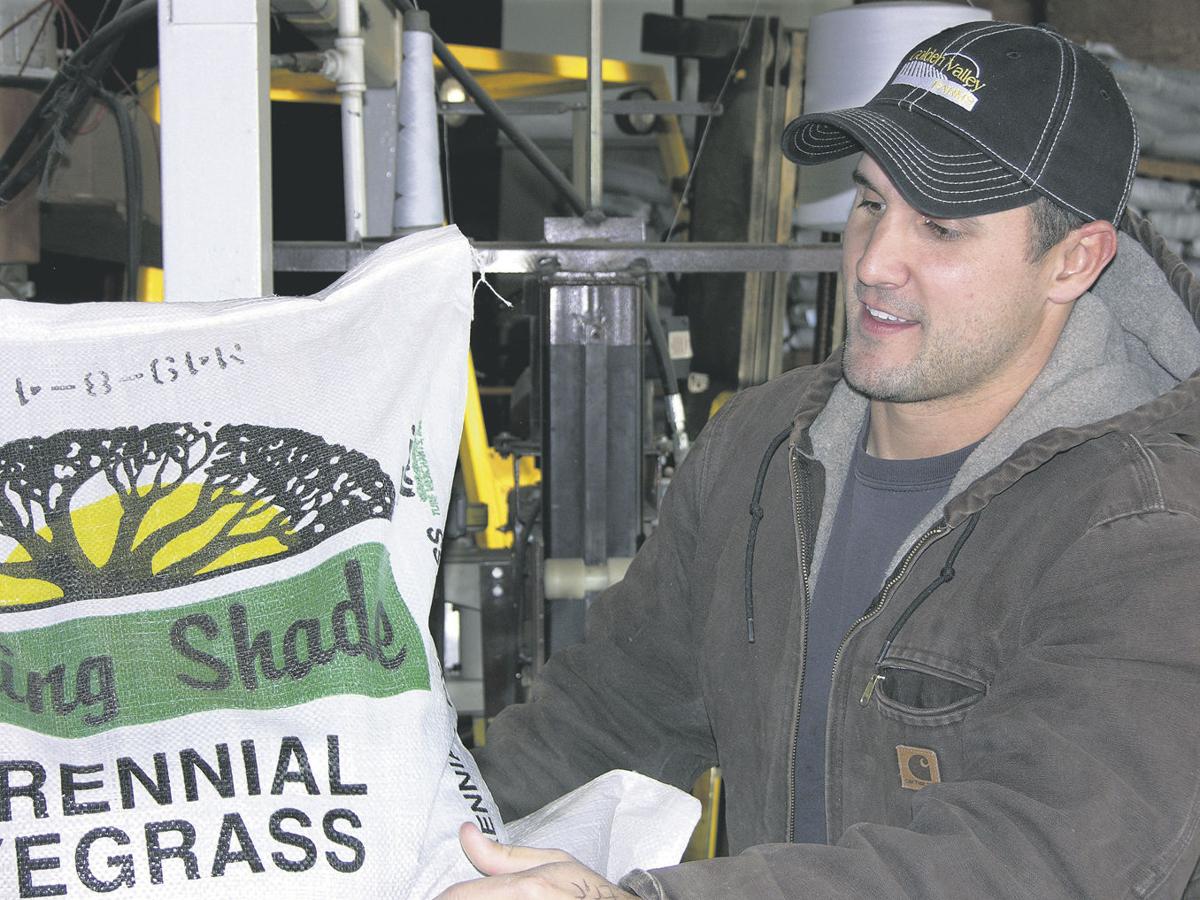 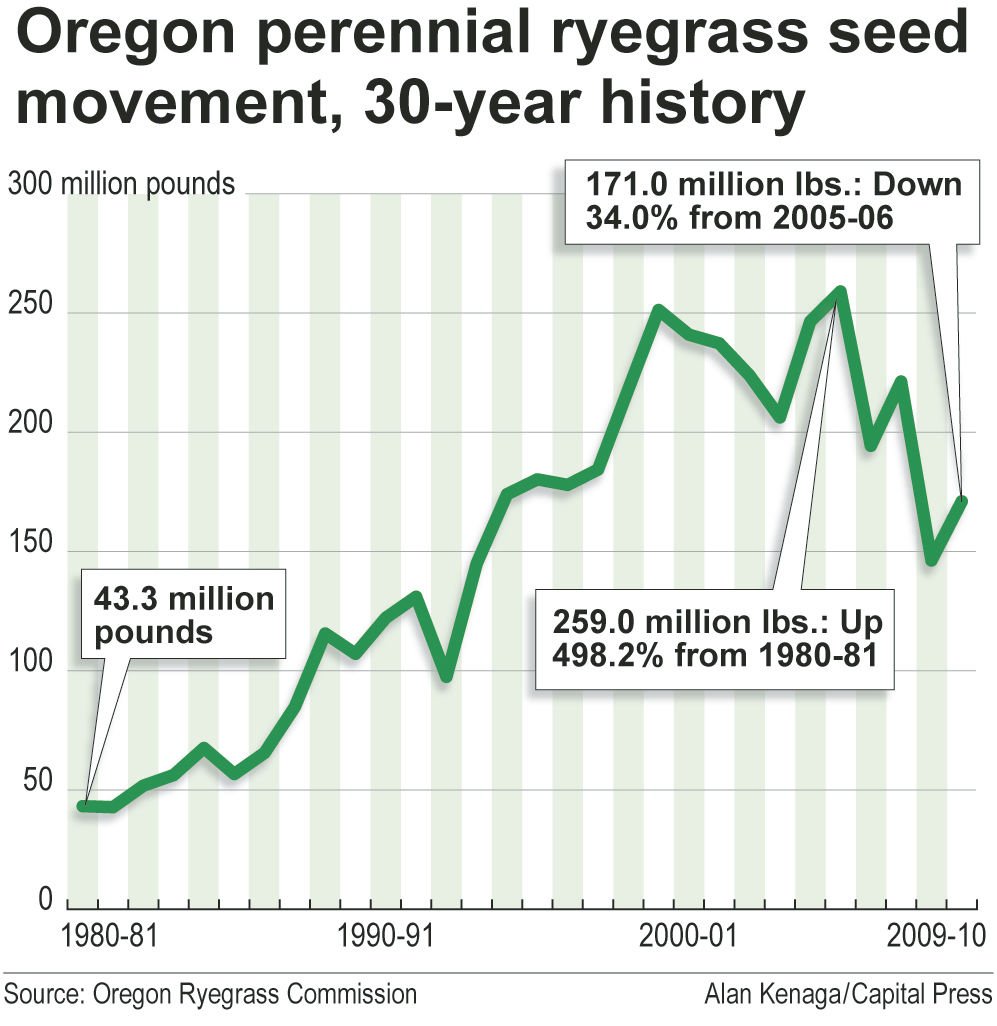 With key collegiate championship at stake, Oregon grass seed will be in sport spotlight

But the Ditchen family will still have a sense of pride when they watch their arch rival, the Oregon Ducks, play the Auburn Tigers in the title game.

The grass under the players' cleats is from their farm.

OSU Beaver season-ticket holders, the Ditchens of Golden Valley Farms in Silverton grew the grass seed used to overseed the field at the University of Phoenix Stadium in Glendale, Ariz., site of this year's national collegiate title game.

"This is a big platform, and it is Oregon grass seed," Duane Ditchen said. "Then to come find out we raised it, that is really neat."

The perennial ryegrass seed, a variety called Evening Shade, was grown under contract for Turf Merchants Inc., of Tangent, Ore.

"There will be no greater showcase for Oregon grass seed than on Jan. 10," Turf Merchants President Steve Tubbs said.

"The seed has to be spotless," Tubbs said. "There can't be another crop or a weed in it, because it is so high profile."

Tubbs, who is also a Beavers fan, discovered the Ditchens grew the seed after learning his company was supplying it and checking lot records.

Knowing the fan bias of the Ditchens, he found it ironic they were involved in the University of Oregon's run for the national title.

The Ditchens have held six Beaver football season tickets since 2000, a year after Duane Ditchen, now 33, graduated from OSU with a bachelor's degree in crop and soil science.

Five years ago, the family purchased an old Portland airport shuttlebus at an auction, painted it orange and black and peppered it with OSU Beaver bumper stickers. They typically drive 20 or so friends and family to home Beaver games in the bus and use it for tailgating.

Ditchen said he "bleeds orange and black," but still will be rooting for the Ducks Jan. 10.

"I won't be wearing any Duck gear," he said, "but I'm still an Oregonian, and I'll be rooting for them."

Oregon grass seed is used in winter months to overseed sports fields and golf courses in the Southwest and Southern U.S. The cool-season ryegrasses flourish in the southern winters and then die off in the spring, when the native Bermuda grasses recover.

The overseeding market typically accounts for about half the annual perennial ryegrass seed movement from Oregon.

At its peak, about five years ago, Oregon seed companies moved about 130 million pounds of perennial ryegrass seed annually to the southern overseeding markets.

The approximately 1,500 pounds of seed used to overseed the field at the University of Phoenix Stadium, is, of course, a drop in the bucket in the overall market. But, Tubbs said, having your seed exhibited in a high profile game is rewarding for growers and seed companies.

"We like for the farmers to see it, because so often they are growing seed and loading a truck and they never see the end result," Tubbs said.

It also can be a marketing tool, Tubbs said.

"It showcases how important it is to have clean seed," Tubbs said.

"And Oregon produces the finest quality seed in the world."

Greater Idaho idea gets a vote in Oregon county

Batten down the hatches for a cold, snowy winter

More than half of Oregon voters have cast ballots