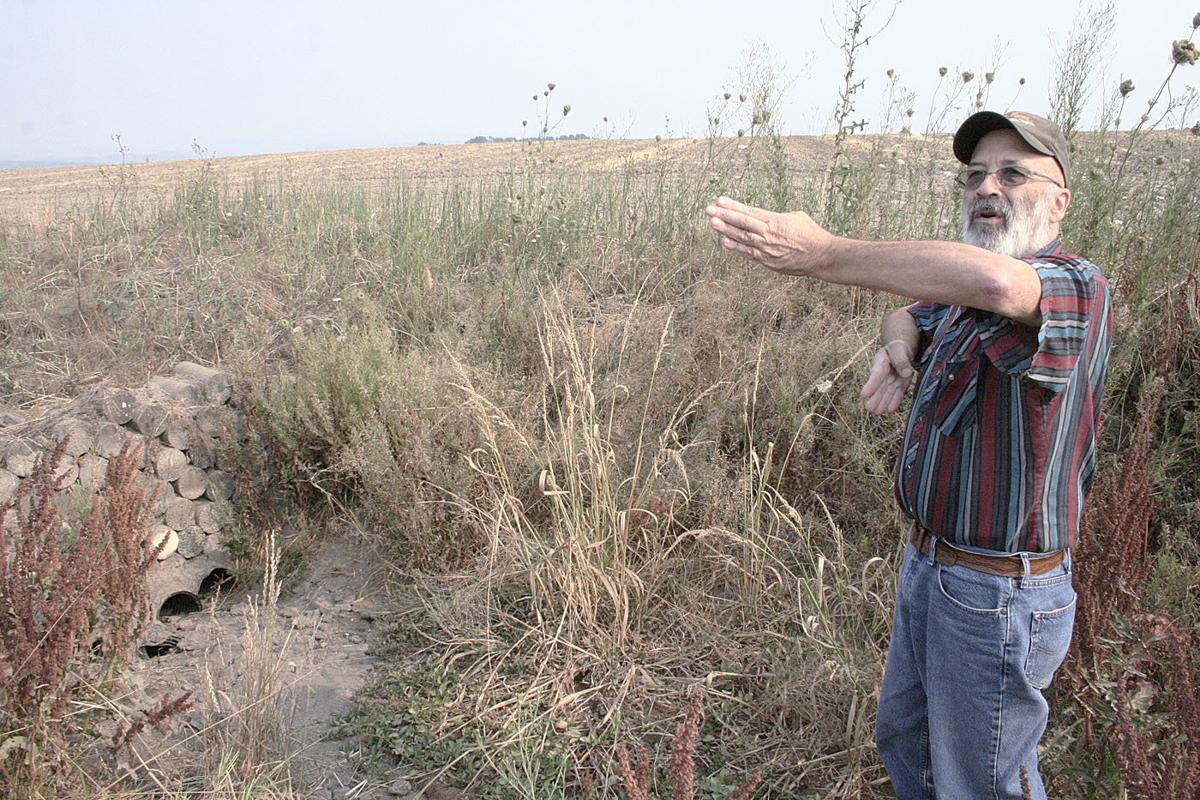 Farmer John Scharf explains the drainage of tile lines from his fields near Amity, Ore., into a ditch. A compromise bill passed by the Legislature would allow farmers to clean out ditches more easily, but it faces a potential veto. 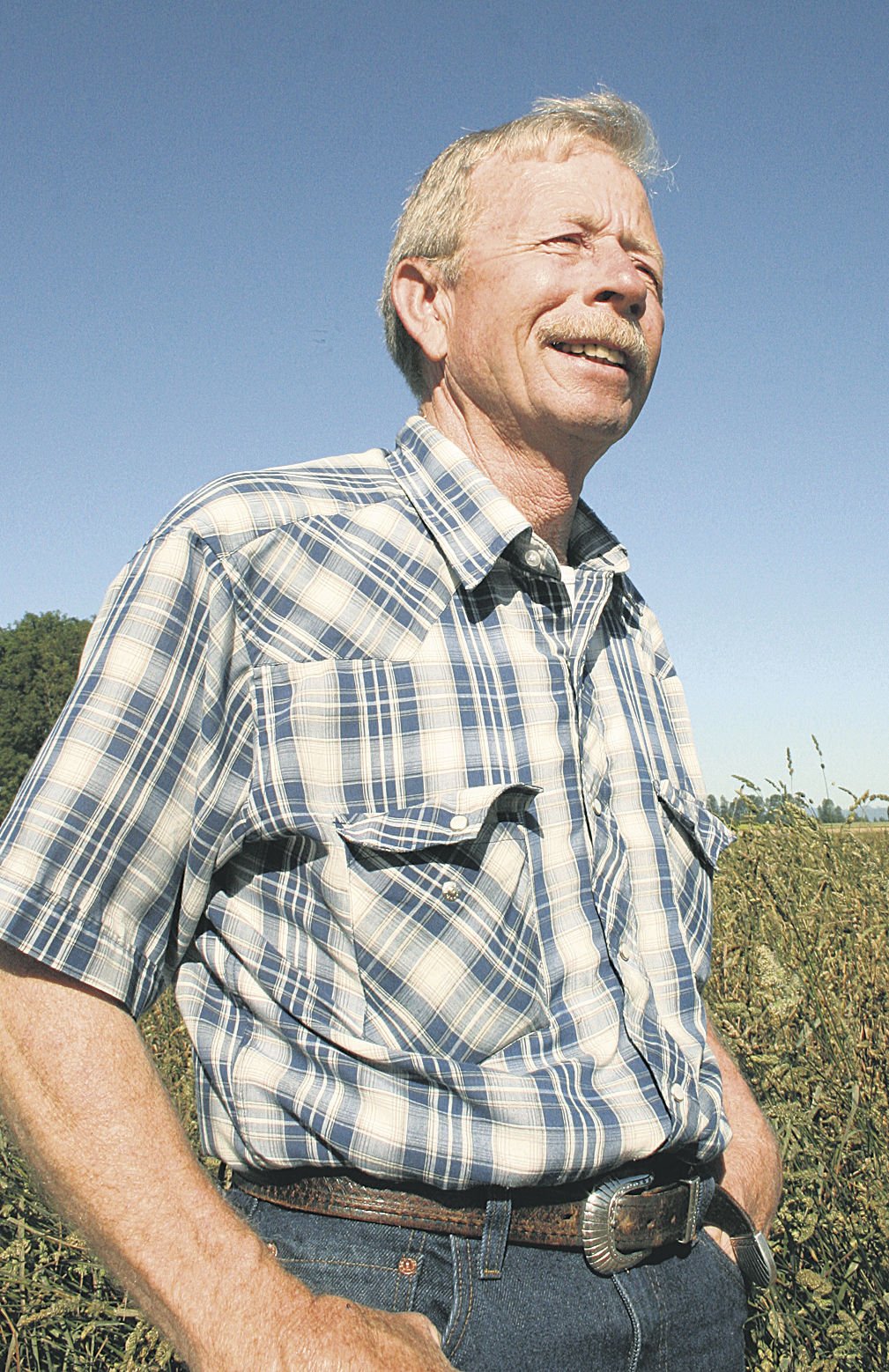 Farmer George Pugh of Shedd, Ore., participated in a work group on a ditch-cleaning bill that now faces a veto.

Farmers who helped negotiate a proposal to streamline Oregon’s ditch-cleaning regulations are frustrated by Gov. Kate Brown’s planned veto of the bill, which they expect will discourage further compromises.

“It would be very disappointing if she does veto it. It does nothing to heal the split between urban and rural areas,” said George Pugh, a farmer near Shedd, Ore.

House Bill 2437, which increases the amount of sediment that can be removed from drainage ditches without a fill-removal permit, resulted from a work group that included farmers, conservationists, government officials and others.

The bill was also subjected to several additional months of discussions and revisions in legislative committees until ultimately clearing the House and the Senate just one day before the 2019 session ended.

“If this isn’t acceptable to the environmental side of the table, I don’t know what we could do to be effective,” he said.

Brown recently issued a notice of a potential veto for the bill because it “goes too far in its changes” and a “narrower approach is needed at this time,” though she encouraged stakeholders to “continue working on striking a balance” between environmental protection and ditch-cleaning needs.

Growers who participated in the original work group say they’re skeptical that any further progress would be possible on the issue if Brown scraps months of their work for misguided reasons.

“I spent a lot of time and money and we got nothing to show for it,” said John Scharf, who farms near Amity, Ore.

Under current rules, farmers are only able to remove 50 cubic yards of dirt from a ditch per year without a fill-removal permit that’s considered burdensome and costly to obtain. Under HB 2437, that amount would increase to 3,000 cubic yards per mile of ditch over five years, as long as regulators are notified and the work is done when ditches are dry, among other provisions.

Scharf compared the current sediment removal limit to cleaning the gutters of an enormous building by removing a couple handfuls of dirt per year — the process could take hundreds of years, if it was ever finished.

The ditches were often dug a century ago and need regular maintenance to avoid clogging tile drains that remove water from fields, he said.

“We were at the table with all types of people, explaining, negotiating,” Scharf said. “Why are they picking on us? We’re just trying to do what we’ve always done.”

Farmers embraced the idea of compromise while negotiating the bill and didn’t get everything they wanted in the final version, only to have the bill potentially derailed by inaccurate claims from an environmental group, said Brenda Frketich, a farmer near St. Paul, Ore.

“It shows a real dishonesty in the whole process,” she said. “How are we supposed to get anything done?”

Frketich said it would be incredibly disappointing if Brown’s potential veto of HB 2437 was based on a desire to punish political opponents.

“Even with a positive outcome, it can then come down to political games, and I don’t think that’s fair,” she said.

A spokesperson for Brown said the potential veto isn’t meant to retaliate against Republican lawmakers who walked out of the Senate, stalling a climate change bill that failed to get a vote in the final days of the legislative session.

In an earlier interview with Politico, a political news site, Brown said those Republican “actions will haunt them over the next decade” and that “revenge is a dish served cold and slowly.”

Brown’s spokesperson said her announcement of the potential veto contained “detailed policy reasons for each item under consideration, and the overall focus was on the wise use of taxpayer dollars.” Aside from HB 2437, Brown may also veto several spending measures.

In her notice, Browns claimed the bill “eliminates consultation with wildlife agencies, significantly increases the allowed removal and disposal of materials in wetland areas without scientific basis for the new limit, and it includes intermittent streams in the definition of channels, among other changes.”

In reality, the Oregon Department of Fish and Wildlife would be notified of ditch-cleaning projects and have time to review them for environmental impacts, Cooper said. “That is 100 percent inaccurate.”

The bill would provide ODFW with more money to oversee the ditch program, contains strong protections for intermittent streams and doesn’t permit damage to un-farmed “native” wetlands, she said.

Farm Bureau is trying to get a meeting with Brown before the Aug. 9 veto deadline to correct these misconceptions and convey the damage a veto would inflict on collaborative natural resources legislation.

“It’s hard for me to see how we get anything done in the environmental world in Oregon again,” Cooper said.