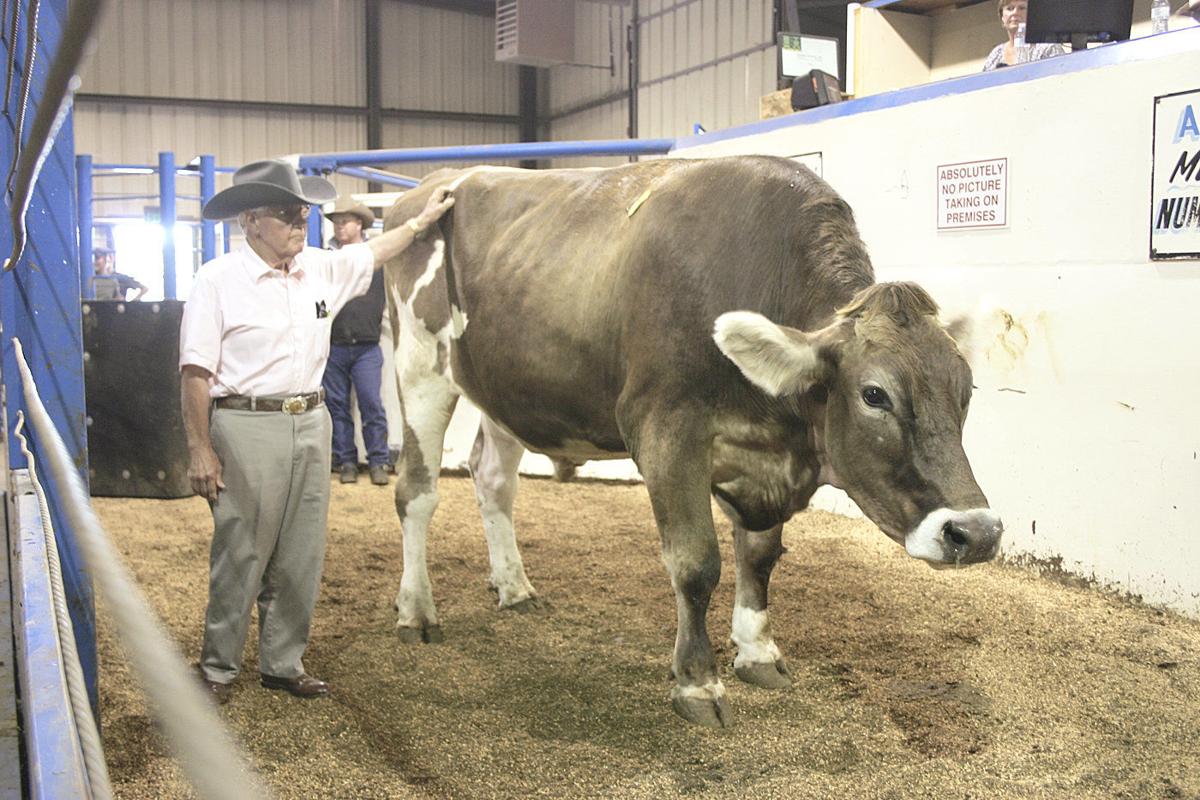 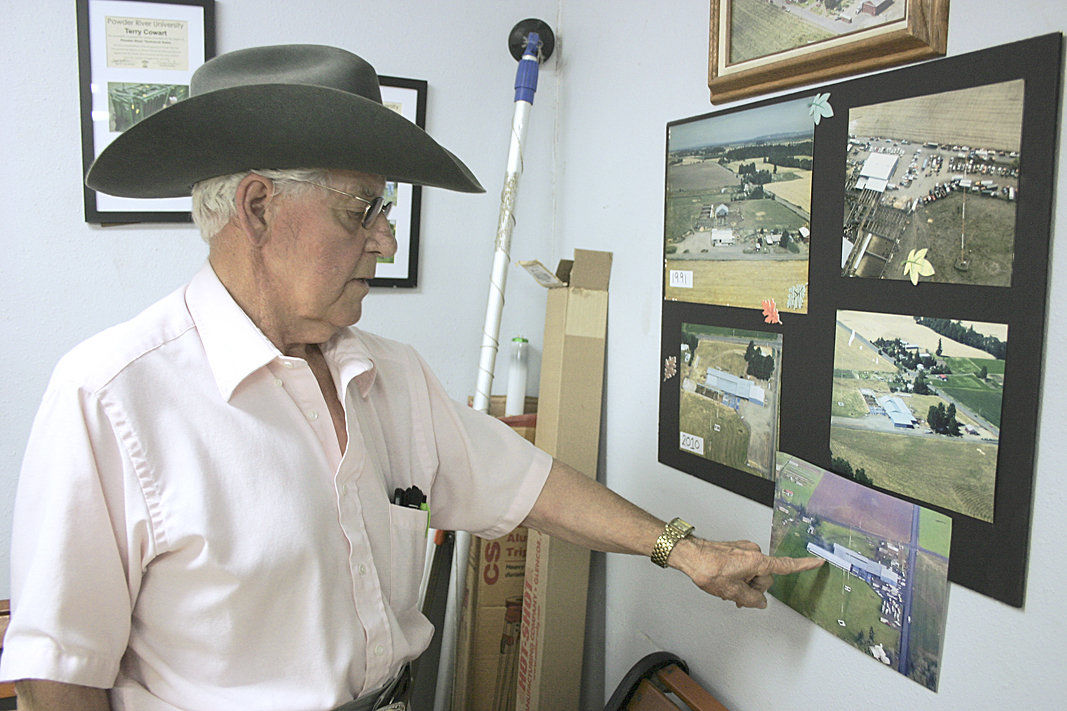 Janae Sargent/Capital Press Coy Cowart explains the history of Lebanon Auction Yard, which he bought with his wife in 1987 and has grown to be one of the most successful auction yards in Oregon.

Janae Sargent/Capital Press Coy Cowart explains the history of Lebanon Auction Yard, which he bought with his wife in 1987 and has grown to be one of the most successful auction yards in Oregon.

LEBANON, Ore. — Coy Cowart and three friends joked about how many hamburgers his giant steer Buford would make.

They decided the steer would produce 3,600 quarter-pounder hamburgers.

Buford is not your average steer. Weighing in at 2,175 pounds, he brought 83 cents per pound at Cowart’s Lebanon Auction Yard on July 21. When Cowart stood next to Buford in the auction ring, the steer towered over him.

Buford was nearly twice as heavy as the average steer, which typically weighs approximately 1,200 pounds.

Cowart called Buford his pet steer, having raised him for four years.

“He was always the most gentle guy,” Cowart said. “When I would call him in he would lead all of the other cattle in with him.

Cowart said he would have liked to keep Buford longer to see how much bigger he would get but that he became too big to manage with the other cattle.

Cowart is co-owner of Lebanon Auction Yard with his wife, Helen, son Terry and daughter-in-law Lezlie. He started the auction yard in 1987 after he retired from a career in construction.

“I never thought I would own a business before I retired,” Cowart said. “At 54 years old I spent a lifetime making money for other people and thought, Why not do it for myself?”

When Cowart started the auction yard there were 18 other auction yards in Oregon — now there are eight. Three are left in the Willamette Valley.

Diversification has been a big contributor to Cowart’s success. He said he realized early on that auctioning dairy cows wouldn’t be enough to sustain his family so he began investing in other areas.

Cowart expanded the auction yard last year with the addition of a 100-by-240-foot barn and expects to put in another, bigger barn later this year.

Cowart said family is a huge part of Lebanon Auction Yard and his life. He has 12 grandchildren and 8 great-grandchildren that help out at the auction yard and in his garden at home.

Cowart said he encourages all of his children and grandchildren to own their own businesses.

He spoke proudly of his grandson, Matt Cowart, who in 2015 opened a brewery in Lebanon, Ore. Cowart said he takes out-of-town business associates and friends to Conversion Brewing whenever they are visiting.

He said everyone at Lebanon Auction Yard is like family, whether they are related or not.

In selling Buford, Cowart said most people don’t want to eat pets once they’ve named them but that he won’t have that problem.