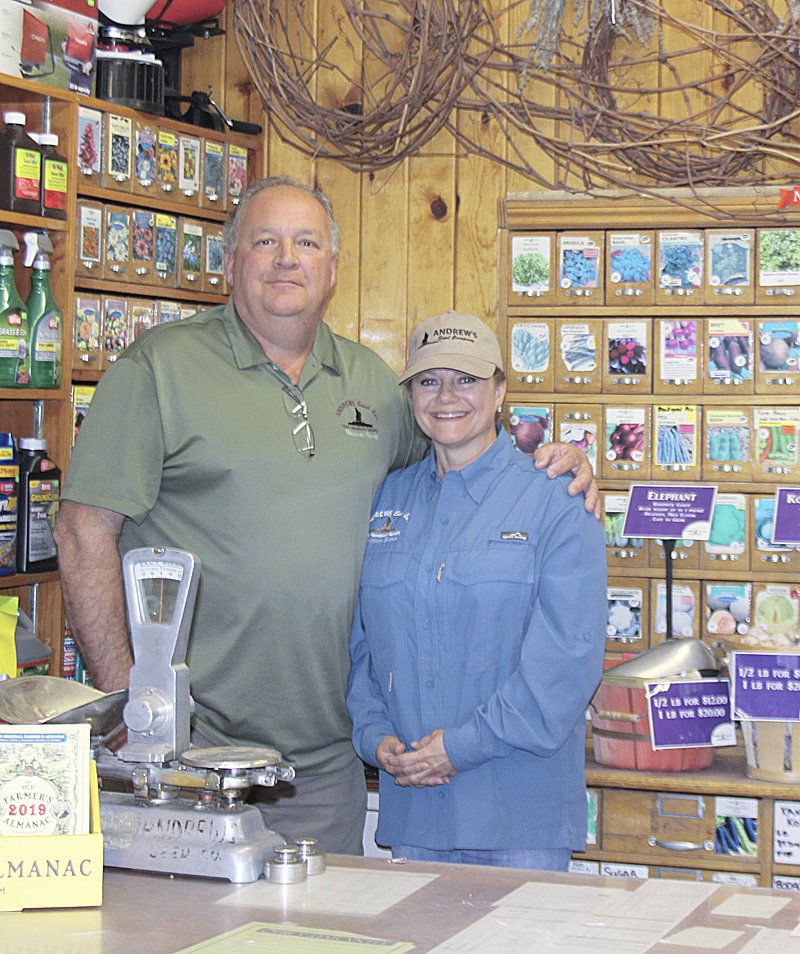 Owners Mike and Susan Kurth at the Andrews Seed Co. retail store counter in Ontario, Ore., amid a selection of bulk vegetable and flower seeds, and a seed scale. 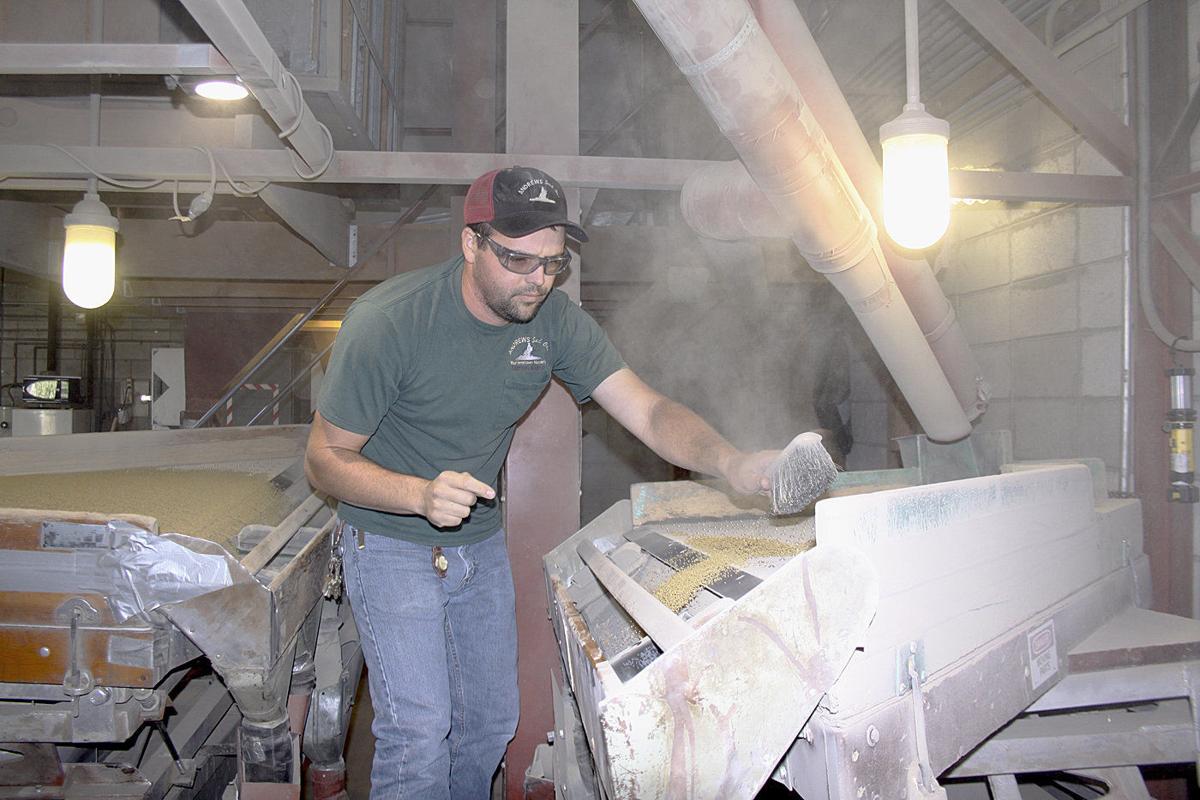 Owners Mike and Susan Kurth at the Andrews Seed Co. retail store counter in Ontario, Ore., amid a selection of bulk vegetable and flower seeds, and a seed scale.

ONTARIO, Ore. — Andrews Seed Co., a fixture in Ontario, Ore., for 95 years, has been successful so far in working through a recent oversupply in the alfalfa seed market.

Canadian alfalfa seed production in the past couple of years was high, pushing down prices, Andrews Seed owners Mike and Susan Kurth said. Some of the oversupply occurred in basic, near-generic varieties at lower price points while much of it materialized in genetically modified organism and hybrid categories on the high-priced end.

“We are positioned in the middle, and that is what keeps us relevant,” Mike Kurth said.

Andrews is sticking to its traditional mid-market, non-GMO sweet spot and growing as the alfalfa seed market works through the oversupply.

Andrews is an independent producer of non-GMO public alfalfa seed varieties as well as a line with its own proprietary genetics designed to meet multiple needs. The company sells at wholesale and retail. Customers include national farm supply and regional farm seed dealers, and farmers who buy seed at retail to grow alfalfa hay for their own livestock or to sell. Fertilizer companies, cooperatives and chemical companies — all getting more involved in the seed trade — are among competitors. Some source their products through Andrews.

Keeping production acreage stable has helped get Andrews through the market’s recent challenges, Mike Kurth said. He would not disclose the company’s alfalfa seed acreage but said Andrews is a mid-sized player. It has a stable, longtime group of about 30 contracted growers. A grower’s contract typically runs three years.

He said the company for the 2018 growing season dropped by 3 to 4 percent what it pays its contracted growers, who understood that would help the company competitively sell the seed they grow. This year’s net pricing, including the contract cost reduction, was stable and should remain so over the next two seasons, he said.

“We have achieved stability in the marketplace,” Kurth said. “That puts us in a good place. We are operating at a good level for sustainability.”

Market environments for alfalfa seed have been difficult for the past couple of years in several world regions, publicly traded S&W Seed Co. said in its Sept. 20 earnings report for the fiscal year ended June 30. S&W has major operations in nearby Nampa, Idaho,

Andrews Seed owners, to get through the oversupplied market, became more active. They met new industry contacts and this year increased their internet presence, including starting an online seed store that is increasing its contribution to total revenue, they said.

Much has been learned through connecting with like-minded seed producers, Susan Kurth said.

Non-GMO alfalfa seed advantages, she said, include that it is marketable worldwide — some countries still do not allow GMO seed — and that seeds can be saved for replanting, even by growers who supply Andrews. These growers’ contract is to bring to the company the production from the acres Andrews contracts with them.

“We are strong in our belief that the demand for non-GMO product is going to continue for the foreseeable future,” Mike Kurth said. Some 80 percent of potential customers report they’re pleased Andrews is a non-GMO seed producer, he said.

Industry partners, such as other independent seed producers and distributors, “indicate there is a niche market for non-GMO forage seed. It continues to thrive,” said the Kurths’ son, Joe Kurth, who started the Andrews electronic-commerce offering.

Mike and Susan Kurth in 2003 acquired the business and in 2016 became sole owners after buying out a partner.

The biggest change in the past couple of years was that “we started reaching out to contact as many new potential customers as we could,” Mike Kurth said. That effort helped drive a nearly 20 percent gain in the number of customers — who bought in small and large quantities, and helped Andrews maintain, and then grow, revenues.

Alfalfa and other types of seed sales tend to produce steady, gradual growth in contrast to wider swings in revenue from retail segments, he said.

Online sales continue to increase their contribution to total revenue and generate inquiries leading to future business. The Kurths expect the online segment to keep growing.

More growers are learning about and paying attention to soil science, Susan Kurth said. For example, they’re maintaining nitrogen levels in soil by planting legumes like alfalfa, clover and peas.

“We just continue to maintain a positive outlook for our production because it has been working for us on this level,” Mike Kurth said.

Separately, the popular Garden Answer online video offering is operated by the Kurths’ daughter and son-in-law.