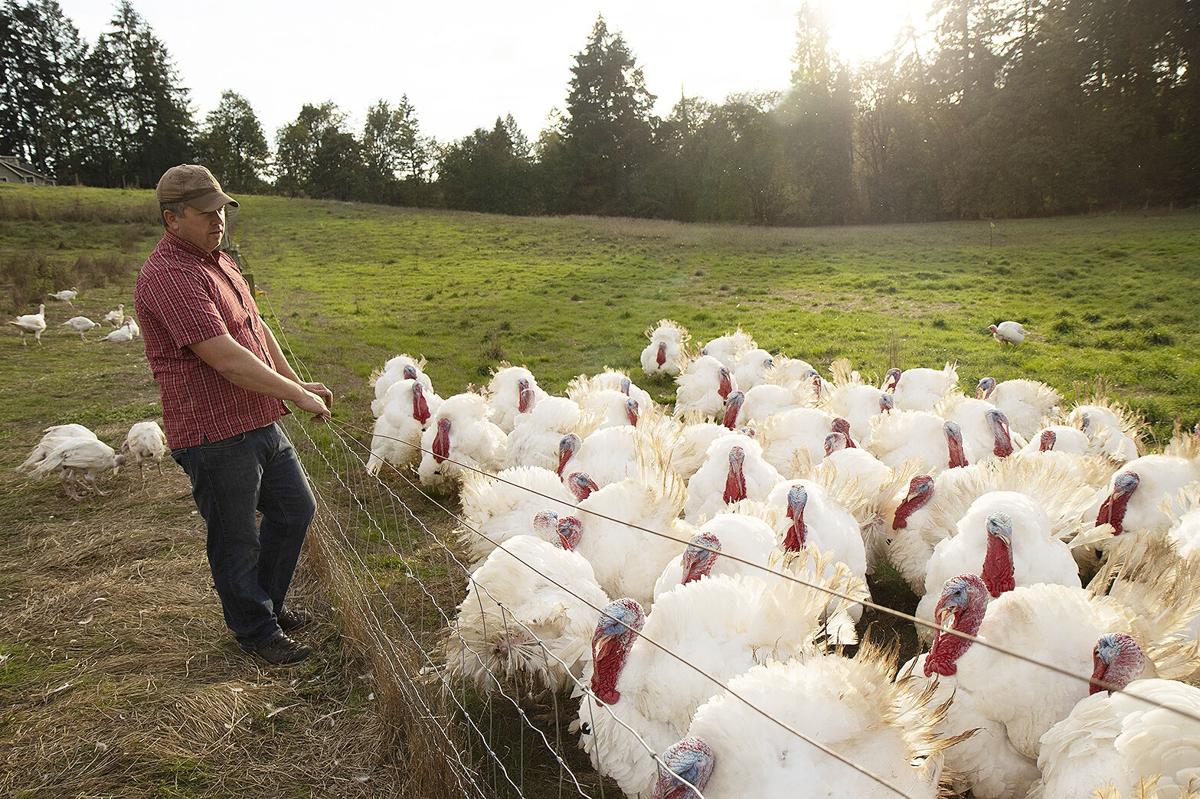 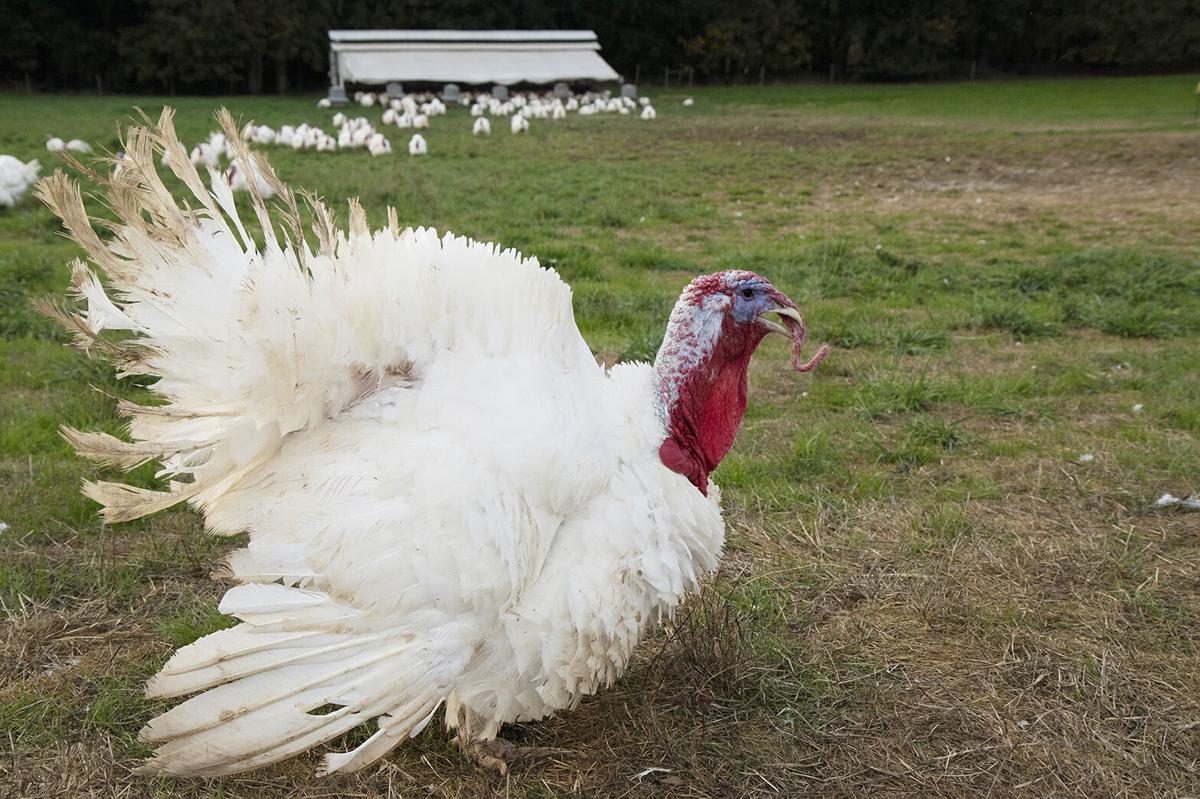 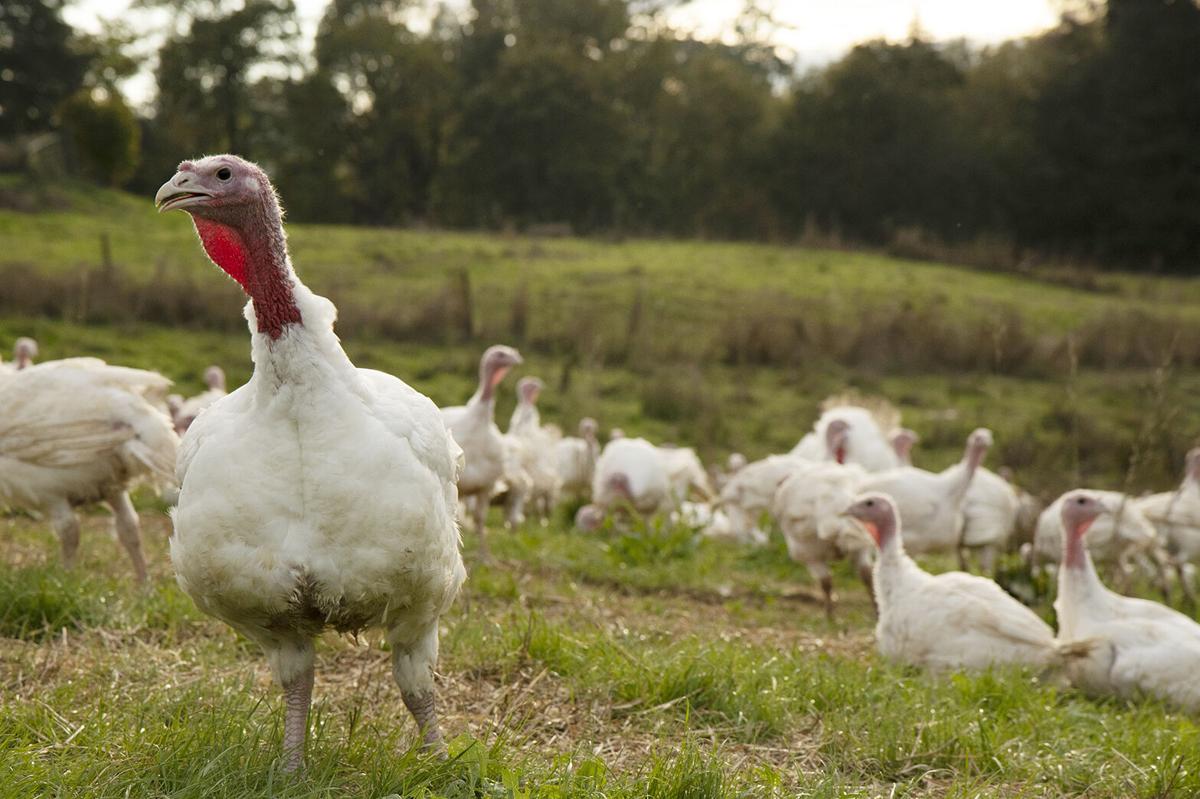 ST. PAUL, Ore. — Mark Anderson, owner of Champoeg Farm in St. Paul, Ore., called to his flock of pasture-raised, broad-breasted white turkeys as he approached the fence. The toms replied with a throaty jumble of gobbling.

“It’s that time of year,” he said. “We’re taking orders for Thanksgiving.”

Large-scale producers have already had a tough 2020, but many smaller, direct-to-consumer producers like Anderson have been thriving.

The Turkey Talk Line that opens Nov. 2 will, for the first time in its 39-year history, have experts take calls from novice cooks remotely rather than from the Butterball call center near Chicago.

Nearly 70% of Americans say they plan to celebrate Thanksgiving differently this year, according to a consumer survey by market research firm Numerator. Nearly half of respondents plan to gather in smaller groups and 65% expect to celebrate with only immediate household members.

“I think a lot of people, at least here in Portland, are scared to travel right now,” said Anderson.

With larger gatherings likely be split into smaller ones, Joel Brandenberger, president of the National Turkey Federation, said he anticipates more total celebrations — and more birds sold. Poundage, he said, is harder to predict.

Some industry leaders expect many Americans will seek smaller birds. But the turkey industry can’t easily pivot. Contracts for baby turkeys, called poults, are written months in advance, and many of this Thanksgiving’s turkeys are already in cold storage.

Brandenberger, of the federation, said some smaller producers are aiming to grow lighter birds and offer more bone and breast options, but that’s not an industry-wide trend. The big companies appear to be growing large birds and hoping for the best.

In fact, experts say Thanksgiving will likely help an industry that’s been struggling since March.

The foodservice market, Jordan said, made up about 55% of the turkey industry’s sales pre-pandemic.

Despite industry disruptions, some direct-to-consumer turkey producers have had more opportunity to strut their tail feathers.

Although Anderson of Champoeg Farm lost nearly $155,000 in restaurant sales this year, his direct-to-consumer, or DTC, market soared. Between March and September 2019, the farm made only $800 in DTC sales. This year during that same timeframe, the farm made $50,000 in DTC. Even when the pandemic ends, Anderson said he plans to expand selling direct.