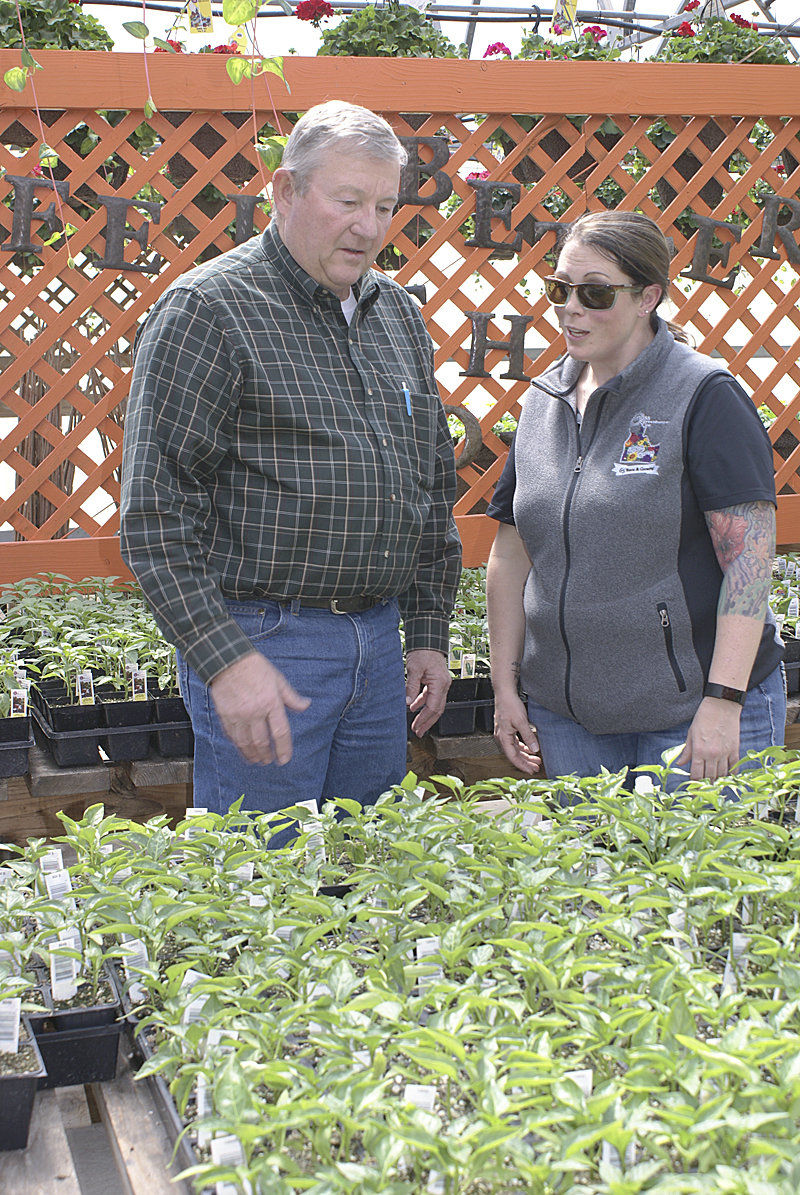 Producer Clark Kauffman, who will get about 8,000 pepper starts from Moss Greenhouses this spring, talks with Jennifer Moss in the company's retail greenhouse in Jerome, Idaho, on April 18. 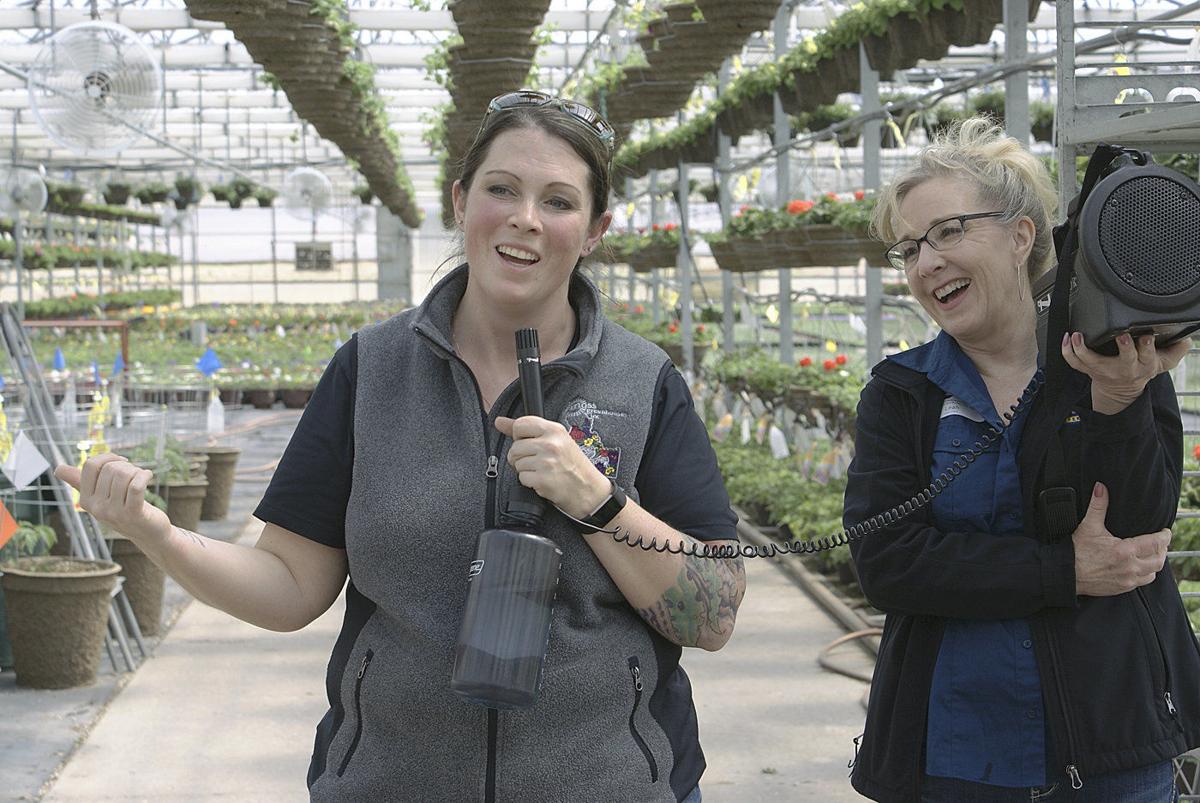 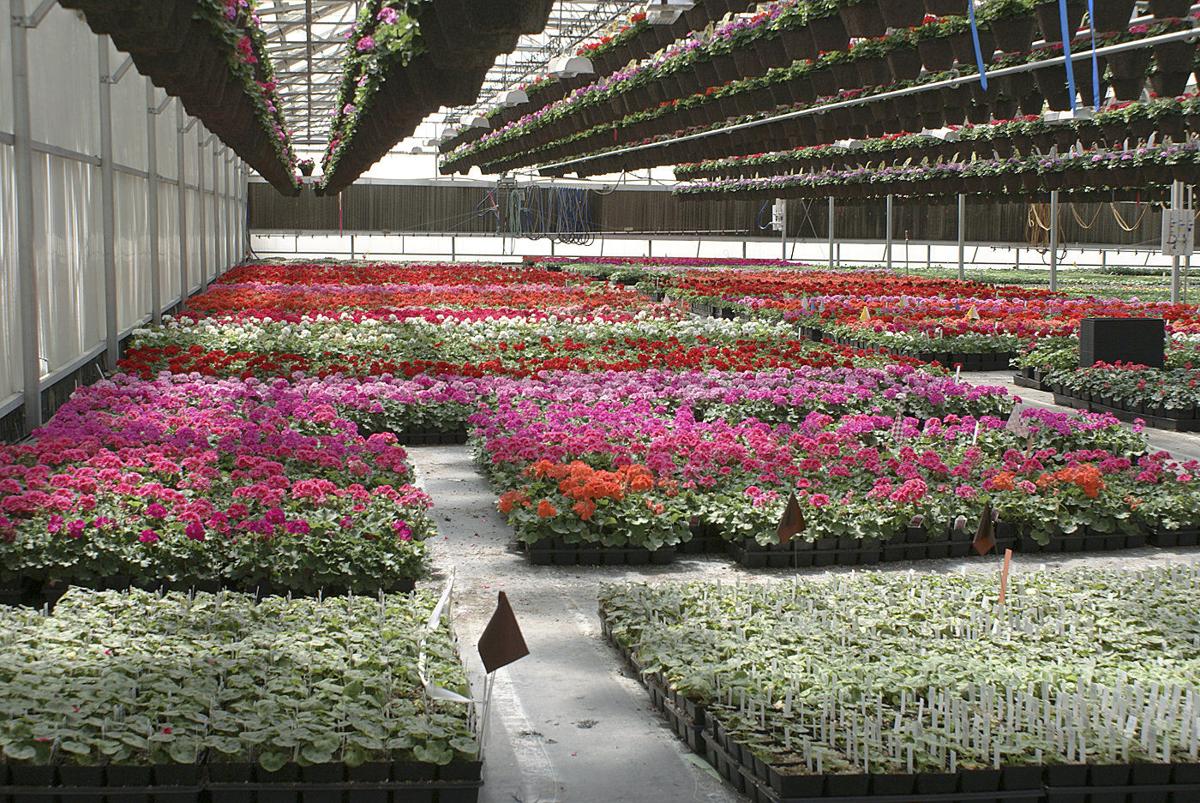 A greenhouse is alive with color at Moss Greenhouses in Jerome, Idaho.

Producer Clark Kauffman, who will get about 8,000 pepper starts from Moss Greenhouses this spring, talks with Jennifer Moss in the company's retail greenhouse in Jerome, Idaho, on April 18.

A greenhouse is alive with color at Moss Greenhouses in Jerome, Idaho.

JEROME, Idaho — Moss Greenhouses is well known throughout the Intermountain West for its premium plants and hanging baskets.

It is the supplier of choice for area cities wanting to add living color to Main Street and world-renown Sun Valley Resort, which relies on Moss to bring its impressive grounds to life every spring.

Moss is also a mainstay for area gardeners, numerous operators of farmers’ markets and several farmers who supply vegetables to grocery stores and restaurants.

The bulk of its business, however, is wholesale supply to more than 150 retailers — mostly independent garden centers and grocery stores. Its distribution spans seven states, with living product delivered by the company’s fleet of trucks.

The business is dedicated to selecting and producing premium plants for its customers, both wholesale and retail.

“We want to make sure you’re going to succeed,” Jennifer Moss, whose great grandparents started the business in 1952, said.

That success starts onsite, growing regional varieties from five seed suppliers. Plants grown elsewhere and shipped in are not going to be as successful, she said.

The business operates on 13 acres in Jerome with 15 large greenhouses (300,000 square feet) and 3 acres of outside growing area. In addition, the company operates 20 large hoop houses with 2-1/2 acres of growing space in nearby Buhl.

Over its 66 years, Moss Greenhouses has grown into a $4 million business and has been employee-owned since 2006, Moss said.

But it has humble roots. It started when her great-grandfather, Ed Adams, had a heart attack. Ed and his wife, Ruth, owned a local grocery store. After Ed’s heart attack, his doctor told him the business was too stressful and he should find other work. So he went into farming.

Feeding their passion for orchids, Ed and Ruth built a small hothouse onto the back of their home. Their hobby grew into a business when they began to grow cut flowers, orchids and flowering potted plants for local grocery stores and florists. Their original hothouse expanded to a 5,600-square-foot facility.

In 1973, their daughter, Carolyn, and her husband, Dewitt Moss, returned to Jerome to grow the business and begin construction of a 10,000 square-foot greenhouse for wholesale bedding plants.

Dewitt was a nuclear engineer working for the Atomic Energy Commission in eastern Idaho, but a promotion was going to take him to a big city — a place he and Carolyn didn’t want to bring up their children, Moss said.

Their oldest son, Kevin, and his wife, Dana, came to the operation in 1983 to assist with the spring busy season and help in the construction of another greenhouse expansion project. They bought the company in 1996, and doubled its size.

Their children, Jennifer and Dewey, went off to college with their sights set on careers outside the family business.

“Neither of us ever intended to work for Mom and Dad,” Jennifer Moss said.

After graduating from college, she went into the hospitality business and her brother went into the extreme sports arena. But eventually, both returned to the greenhouses and are now working their way into the business.

One of her dad’s rules is “you can’t take over the business until you know how to do everything,” she said.