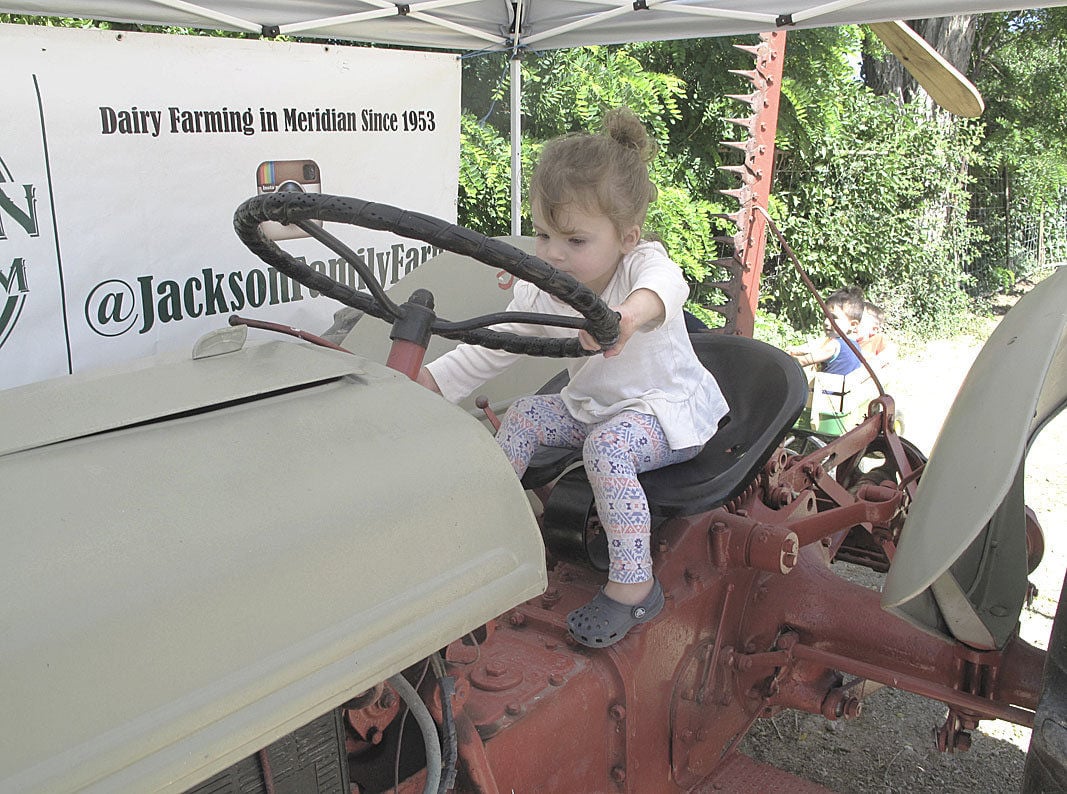 Penny, 2, checks out a 1951 Ford 8N tractor June 22 during a tour of the Jackson Family dairy and farm in Meridian, Idaho. 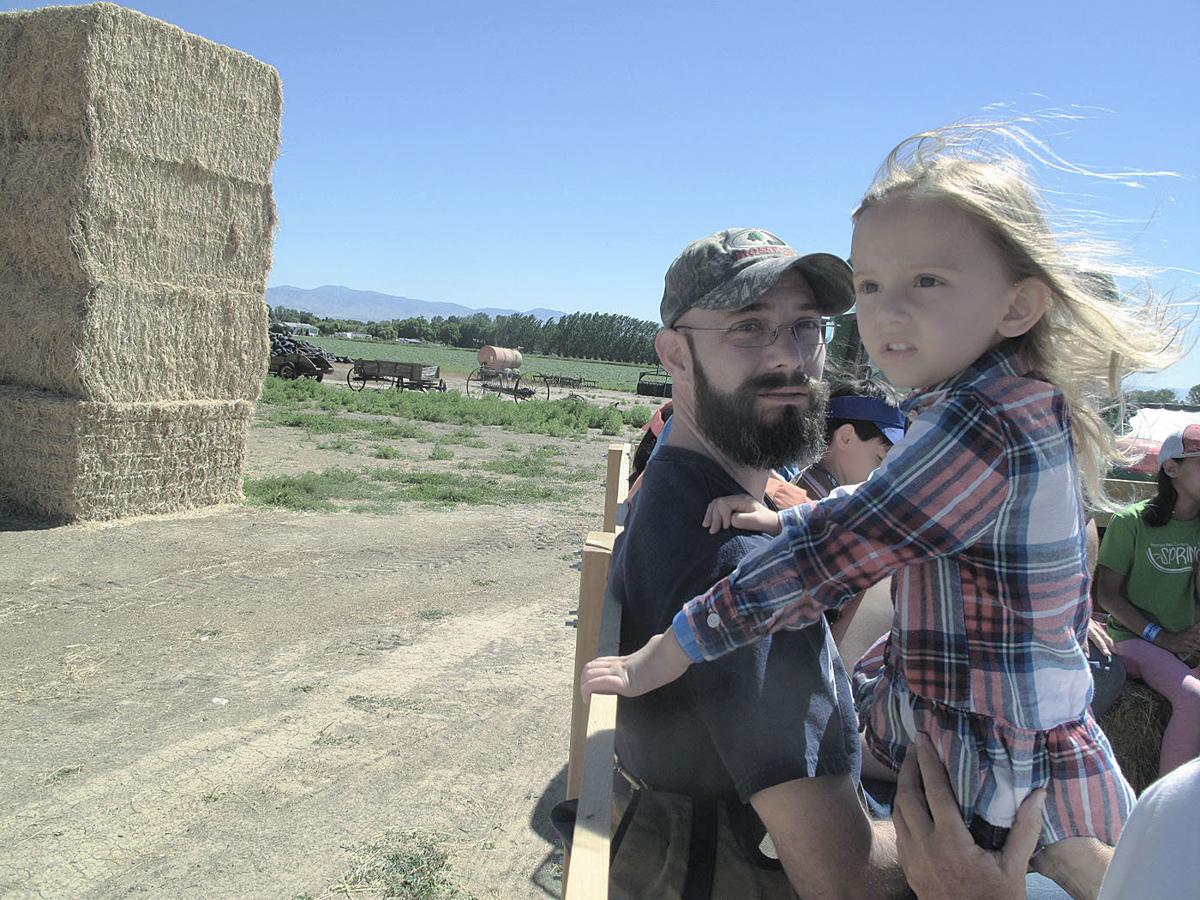 Paden, 3, looks at Jersey dairy cows June 22 on a tractor hay ride during a tour of the Jackson Family dairy and farm in Meridian, Idaho. More than 500 people attended the free event.

Penny, 2, checks out a 1951 Ford 8N tractor June 22 during a tour of the Jackson Family dairy and farm in Meridian, Idaho.

Paden, 3, looks at Jersey dairy cows June 22 on a tractor hay ride during a tour of the Jackson Family dairy and farm in Meridian, Idaho. More than 500 people attended the free event.

MERIDIAN, Idaho ­— While serving as tour guide of his dairy during a hay ride, Clint Jackson delivered a quick “Dairy 101” class while cracking a few jokes about chocolate milk cows and not wanting to swim in the manure lagoon.

Jackson was in his element during what has become an annual community event in Meridian: a tour of the Jackson Family Farm, a 400-cow operation with 300 acres of cropland.

This year’s free event June 22 attracted more than 500 people, and participants were taken on a hay ride around the dairy, got to pet calves and were free to wander around.

Three generations of Jacksons, as well as United Dairymen of Idaho employees, were on hand to answer questions.

“This event is so much fun,” Jackson told Capital Press between hay rides. “We love to have people come out to the farm and to visit with them. We love to hear their questions and joke around with them a little bit.”

He said he likes to think of the tour as half-educational and half entertainment. “I think you learn better if you have some fun while you’re doing it.”

About 25 percent of attendees filled out a survey, and all the comments were positive, said UDI Executive Director Karianne Fallow.

“Without having run a measured analysis, the majority of highlights centered around: animal care, meeting a dairy farmer and learning how the farm is sustainable,” she said in an email. “In several open-ended responses, we ‘exceeded expectations’ (and) we were also told the event was ‘highly educational’ and ‘fun.’”

UDI spokeswoman Cindy Miller said in an email that she didn’t receive any negative comments “and quite a few people walked away saying, ‘I had no idea.’ I think that’s the point — to give people an experience along with valuable information. Some remarked how sophisticated and complex dairy farming is; the nutrition of cows alone was surprising.”

Many of the questions the Jacksons and IDA staff fielded centered on how well the cows are cared for.

Jackson said one of the biggest benefits of the tour is that everything is so transparent and people can see for themselves how the animals are treated.

“People are concerned about that,” he said. “They want to know that the animals are being taken care of, that they are being treated humanely, and we want to show that off to them.”

As she and her husband left the event, Justina Solonker said she was impressed by how well the cows are taken care of.

“All the cows look healthy and clean,” she said. “It looks like they have a good system going here.”

If participants take one message with them, Jackson said, he wants it to be that “dairy is really a family business. All of the dairies in Idaho are family-owned and -operated. That personal family attention goes into putting milk on their table. That’s what I hope they realize.”