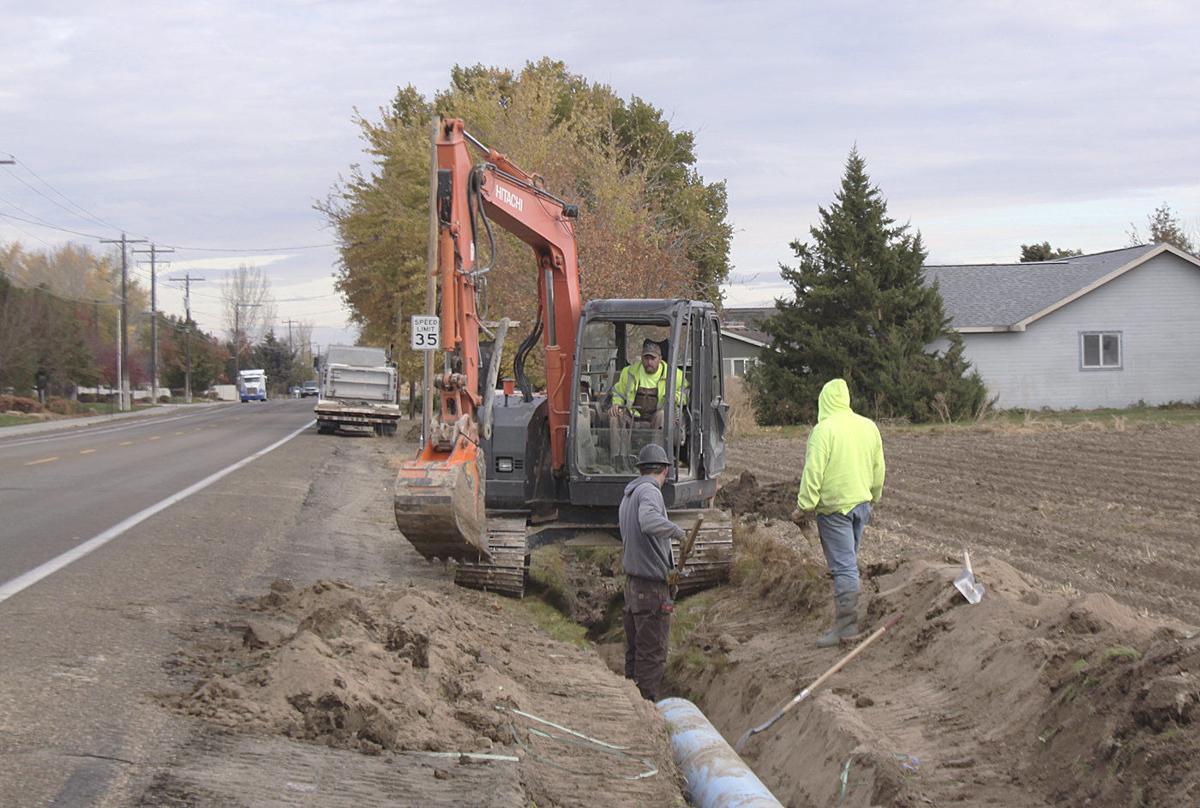 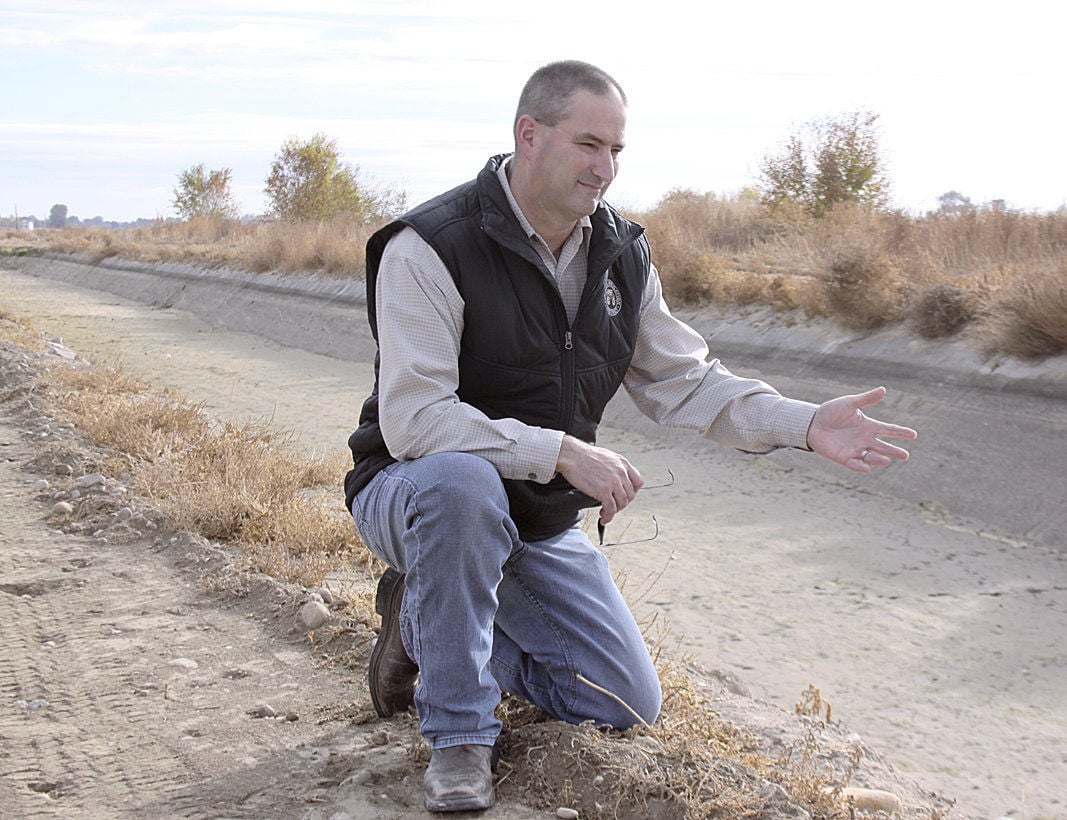 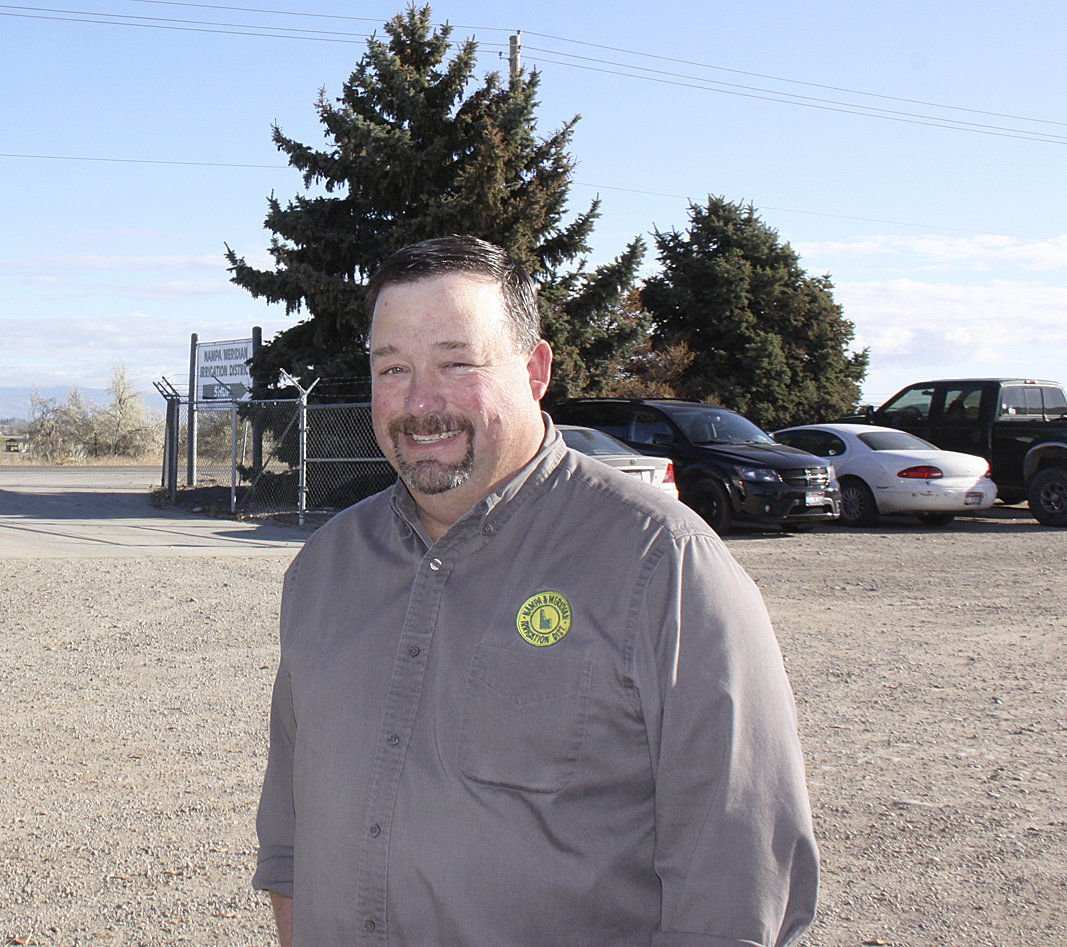 Construction season is going full-speed at Nampa & Meridian, Pioneer and other irrigation districts in Southern Idaho and parts of Eastern Oregon.

“Every year I have been at the district, it is always extremely busy,” Nampa & Meridian Irrigation District Water Superintendent Greg Curtis said. “A lot of it is driven by development.”

“With different land uses, it creates different demand and requires the system to be operated differently,” he said.

Converting open ditches to pipelines, moving irrigation structures, and permitting and monitoring changes to street and utility projects are examples of what must be done when farmland is converted to housing or some other new use, Zirschky said.

Crews each year work to make the system more efficient, he said.

For example, Pioneer is in the fourth year of a 10-year project to convert, from earth-lined to concrete ditch, a five-mile section of Phyllis Canal north of U.S. 20-26 between southwest Eagle — near the Boise River diversion — and Star.

Zirschky said the work aims to improve efficiency, reduce maintenance costs and chemical applications, and add safety. “The project is positioned to utilize the natural flow of the river to its fullest and minimize pump, well and water use downstream.”

Other Pioneer projects this year include piping some open laterals for efficiency and batter access due to encroachment, lining canals with concrete to boost efficiency, incorporating improved measurement systems to help conserve water, and converting from open check structures to automatic gates and spillways controlled by computer.

“And a lot of repair of normal wear and tear,” Zirschky said. Rebuilding ditches, and replacing headgates and pipelines are examples.

Curtis, based in Nampa, Idaho, said southwest Idaho saw 15-plus years of residential development on sites “cherry picked” for a lack of obstructions, like an irrigation district’s canal or drain running through a section.

“In this valley, we are running out of that kind of ground,” he said.

Now, many residential or commercial developments are proposed on ground where a canal, drain or other type of irrigation infrastructure occupies at least a small portion, so the district must get involved, Curtis said.

Developers in many past construction seasons helped pay for projects by supplying concrete and other material to Nampa & Meridian Irrigation District, he said. Placing new concrete lining in the past few seasons in an increasingly housing-adjacent section of Ridenbaugh Canal in southwest Meridian, along Linder Road between Overland and Victory roads south of Interstate 84, is an example.

The district this year is emphasizing self-funded improvements to its own infrastructure, Curtis said. For example, on a segment of Ridenbaugh in southwest Meridian where developers did not help pay for new concrete lining, the district is lining it to tie segments together.

Nampa & Meridian district crews each year inspect Ridenbaugh’s “upper” concrete lining in southeast Boise. This year, they are replacing a 52-year-old, 435-foot segment upstream near headworks. The concrete alone will cost about $42,000, he said. A year ago just downstream, workers replaced about 450 feet.

Also on Ridenbaugh, toward its center, the Barker Check Structure will be replaced starting by mid-November as machinery is moved off other projects, Curtis said. On a canal section in the middle of Meridian, riprap rock will be replaced on a repaired embankment that had eroded after waterfowl consumed vegetation. For the rock, the district pays only to transport it from development sites.

The district this year is replacing more than two dozen delivery structures consisting of headgates and weir boxes connected by a pipe, he said. Estimated costs include about $600 for a headgate, $200 to $300 for a headwall, another $200 to $300 for piping and about $800 for a weir box.

More development-related work is likely in coming seasons as the district is reviewing 84 developments proposed this year, Curtis said.

Zirschky sees more development projects broken into smaller phases as a hedge against a market downturn, which he said can mean irrigation representatives must “go back to the table” more often.