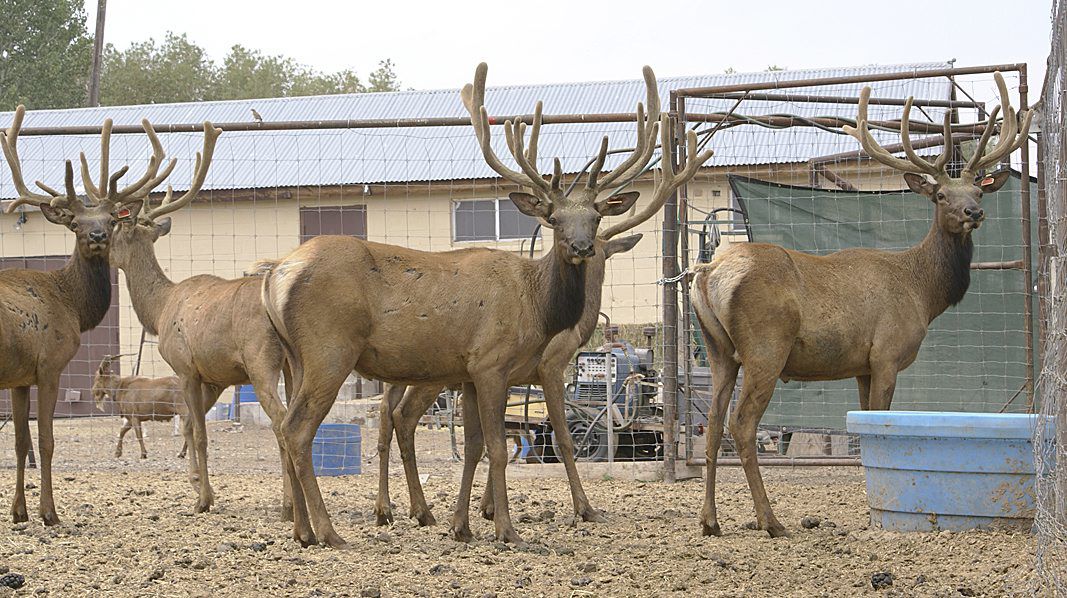 Bull elk at CA Bull Elk Ranch near Richfield, Idaho, are temporarily kept in pens until the owners of the farm-stay operation can fence pastures. 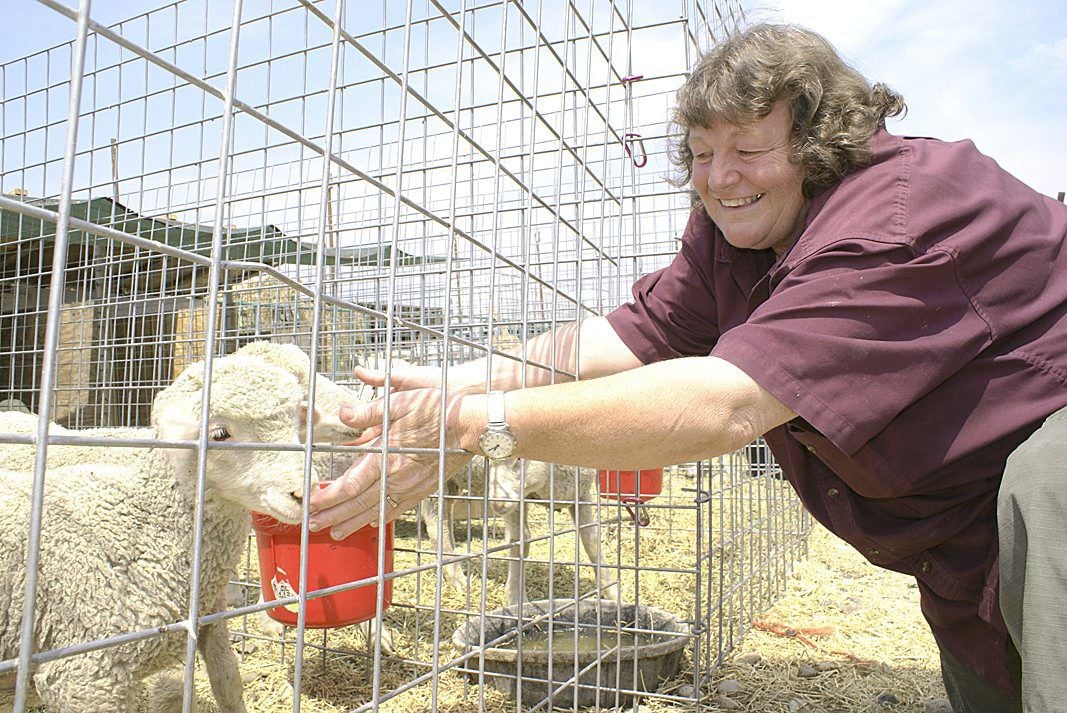 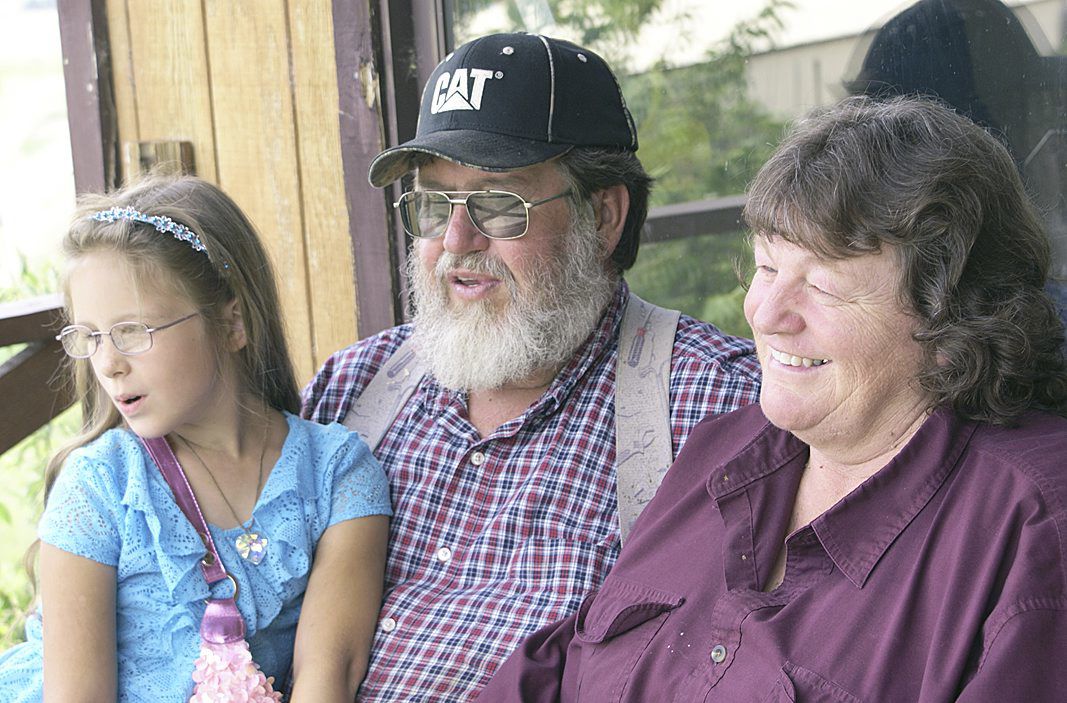 Calvin and Gail Ansley, owners of CA Bull Elk Ranch near Richfield, Idaho, and their granddaughter, Miah Anslay, 9, look out over the elk ranch and upland game bird hunting preserve the Anslays have transformed into an agritourism operation on Thursday, July 17.

Bull elk at CA Bull Elk Ranch near Richfield, Idaho, are temporarily kept in pens until the owners of the farm-stay operation can fence pastures.

Calvin and Gail Ansley, owners of CA Bull Elk Ranch near Richfield, Idaho, and their granddaughter, Miah Anslay, 9, look out over the elk ranch and upland game bird hunting preserve the Anslays have transformed into an agritourism operation on Thursday, July 17.

RITCHFIELD, Idaho — Calvin and Gail Ansley’s dream when they married was to have a farm. They saved for 25 years to purchase their first farm in Hazelton, Idaho, in 2002.

Even then, they soon realized it would take an off-farm job to support it.

“Cal worked construction, and I built the business,” Gail said.

Considering the low price of farm commodities at the time, they started to look at non-traditional farming opportunities. With elk velvet selling for $125 a pound, plus the fact that they were already looking into raising elk, they made the plunge.

But by the time they finally entered the business the value of elk velvet had decreased, and they were lucky to get $5 to $10 a pound, Gail said.

They switched gears and focused on hunting, breeding and raising meat animals. They started with 20 bred elk cows and one bull and grew the herd to more than 425 head. Unfortunately, the couple was facing challenging times. The price of hay jumped from about $70 a ton to $180; regulatory, transportation and USDA slaughter fees increased; and the elk market remained depressed.

The Ansleys had been harvesting about 45 head a year, but the high hay prices made the operation unsustainable. In 2011, the couple sold off all the bulls — 105, including many trophy bulls — keeping a three-year option on five of them, Gail said.

She said she wasn’t sure what the next chapter in the evolving operation would be, but she was determined to keep moving forward.

A couple of years earlier, Gail had an epiphany. It came while hosting their son’s wedding at the farm. The wedding was held on the front lawn, surrounded by elk, and several guests commented on how great it was to sit and watch and listen to the elk, she said.

“I thought, ‘I’m pushing the wrong thing. I should be selling the experience,’” Gail said.

The idea that people could stay at the farm and enjoy listening to elks bugle and watch cows calving came full circle and the Ansleys set their sights on agritourism.

To do that they needed more land than their 160 acres, and the land surrounding their Hazelton farm was locked up. They began looking for more acreage and found it near Richfield — 800 acres and an old farmhouse.

They moved their operation a year ago, and in many ways they are just starting in business again, Gail said.

The elk are currently in corals near the lodge but are destined for open pasture in front of the lodge when the Ansleys get fence constructed. Visitors can also enjoy a farm setting of alfalfa fields, pastured lambs, pens of milk goats, caged pheasants and free-range chickens, geese and guineas.

The Ansleys use the meat, milk, eggs and cheese for guest meals and also sell to high-end restaurants in the Wood River Valley. They buy produce from local growers and farmers’ markets and plan to add greenhouses and aquaponics to raise some of their own.

Gail’s goal is to help people understand where their food comes from and the rural, farming life through first-hand experience.

There is still a lot of work to be done, but it’s an evolution, Gail said.

“Do I know it’s going to work? No. But you have to have an idea what people want. And everybody who comes here loves the place, the rural setting,” she said.

Some have even said the farm stay was life-changing and they would never again go the traditional travel route, she said.

“That is my hope and dream,” she said.