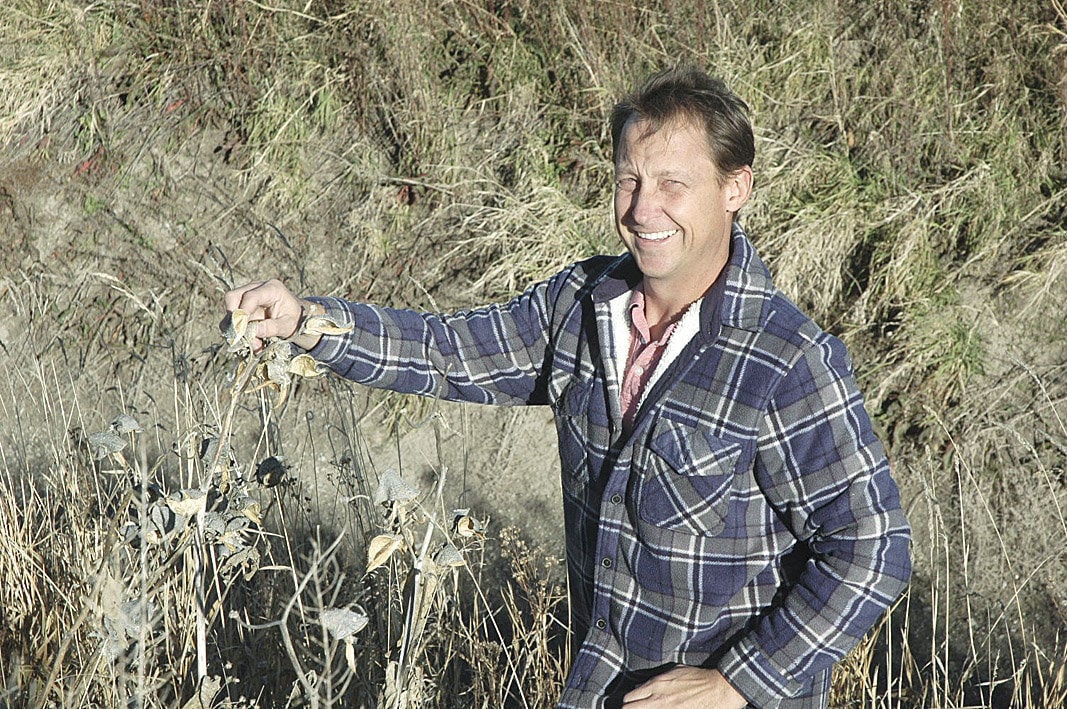 Derek Tilley, manager of the USDA Natural Resources Conservation Service's Plant Materials Center in Aberdeen, Idaho, finds a dead milkweed plant along the banks of the Aberdeen-Springfield Canal. Tilley has started research at his facility on maximizing milkweed planting and to provide weed-management recommendations to canal managers for the benefit of monarch butterflies, which are a species in decline. 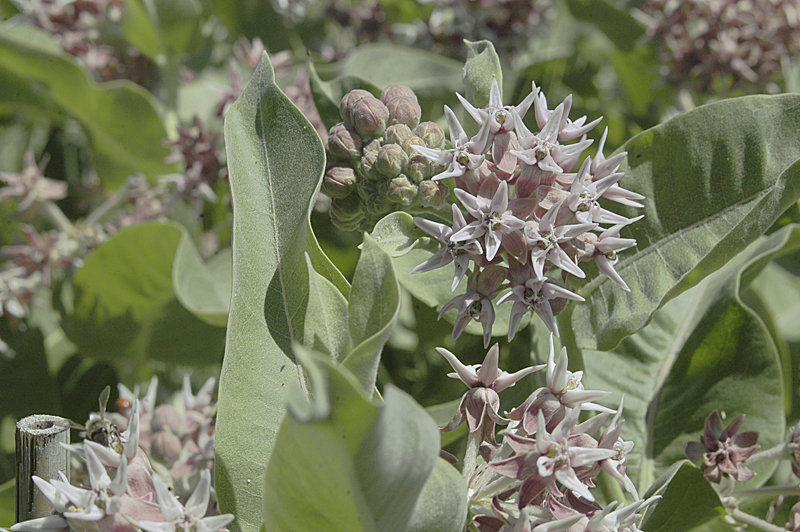 Derek Tilley, manager of the USDA Natural Resources Conservation Service's Plant Materials Center in Aberdeen, Idaho, finds a dead milkweed plant along the banks of the Aberdeen-Springfield Canal. Tilley has started research at his facility on maximizing milkweed planting and to provide weed-management recommendations to canal managers for the benefit of monarch butterflies, which are a species in decline.

The center, run by the agency’s Natural Resources Conservation Service, has additional trials planned for next spring, aimed at helping canal companies control vegetation along their irrigation ditches without harming milkweed.

Groups petitioned the monarch for a federal threatened species listing in 2014. The Aberdeen center’s manager, Derek Tilley, noted a listing could lead to new restrictions on both public and private lands, as well as on herbicide use.

“My thought is we get ahead of this and start working on monarch conservation before it becomes a major issue,” Tilley said.

Monarchs lay their eggs exclusively on milkweed, which provides nectar for adult butterflies and imbues feeding caterpillars with a toxin that protects them from birds. According to the petition, monarch populations have declined by 90 percent since 1995 east of the Rockies and by half since 1997 in the West, The petitioners argue declining milkweed populations due to increased farm use of glyphosate herbicide are a primary reason for the monarch’s struggles. In Iowa, for example, the petition cites a 98.7 percent loss of milkweed between 1999 and 2012.

Tilley intends to make a pamphlet to educate canal managers on monarch-friendly weed control, based on his planned spring research comparing effects of weed control with mowing and light tillage on milkweed productivity.

Regarding the seeding trials, he hopes his findings will help reduce the cost of milkweed seed and improve success for farmers seeking to include milkweed in pollinator plantings. Tilley said growers have been including milkweed lately in pollinator field buffers to attract predatory insects that feed on crop pests. Some growers are also selectively planting milkweed in moist pockets within Conservation Reserve Program land, he said. Even with seed prices of about $400 per pound, Tilley said vendors have had a hard time keeping milkweed seed in stock.

Tilley’s children helped him collect milkweed seed along canal banks for the trials. He’s already direct-seeded a fall milkweed planting at his center’s man-made marsh, which he’ll compare against a spring seeding, rhizome planting and transplanting of greenhouse starts. The center also has a contract to supply Yosemite National Park with 30,000 milkweed plants for restoration work.

Angie Babbit, a spokeswoman with Kansas-based Monarch Watch, said her organization prefers public and private partnerships to bolster milkweed populations to a threatened species listing. Babbit explained there are enough resident monarch populations that the species is under no imminent threat of extinction. Her group’s fear relates to the continuation of monarch migrations — including one in the East and a Western migration that heavily utilizes the Snake River Plain through Idaho.

“If we don’t have enough habitat, these amazing migrations might actually disappear,” Babbit said.