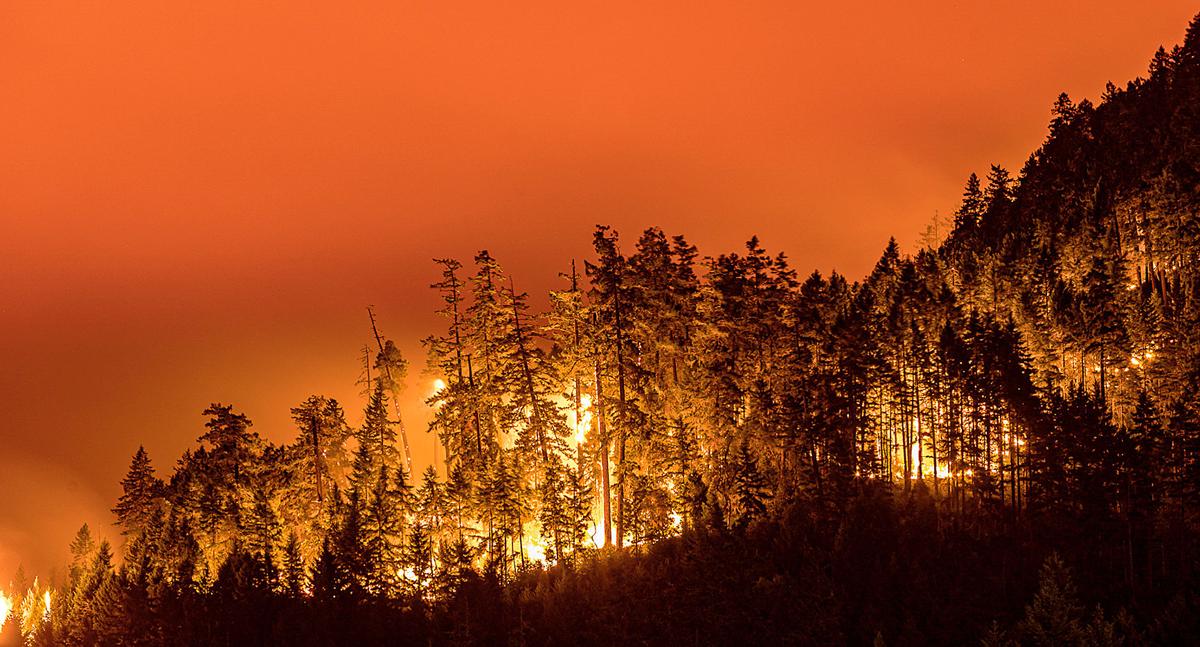 Roseburg Forest Products is one of the companies impacted by the Milepost 97 fire. This picture shows the company's timberlands burning. 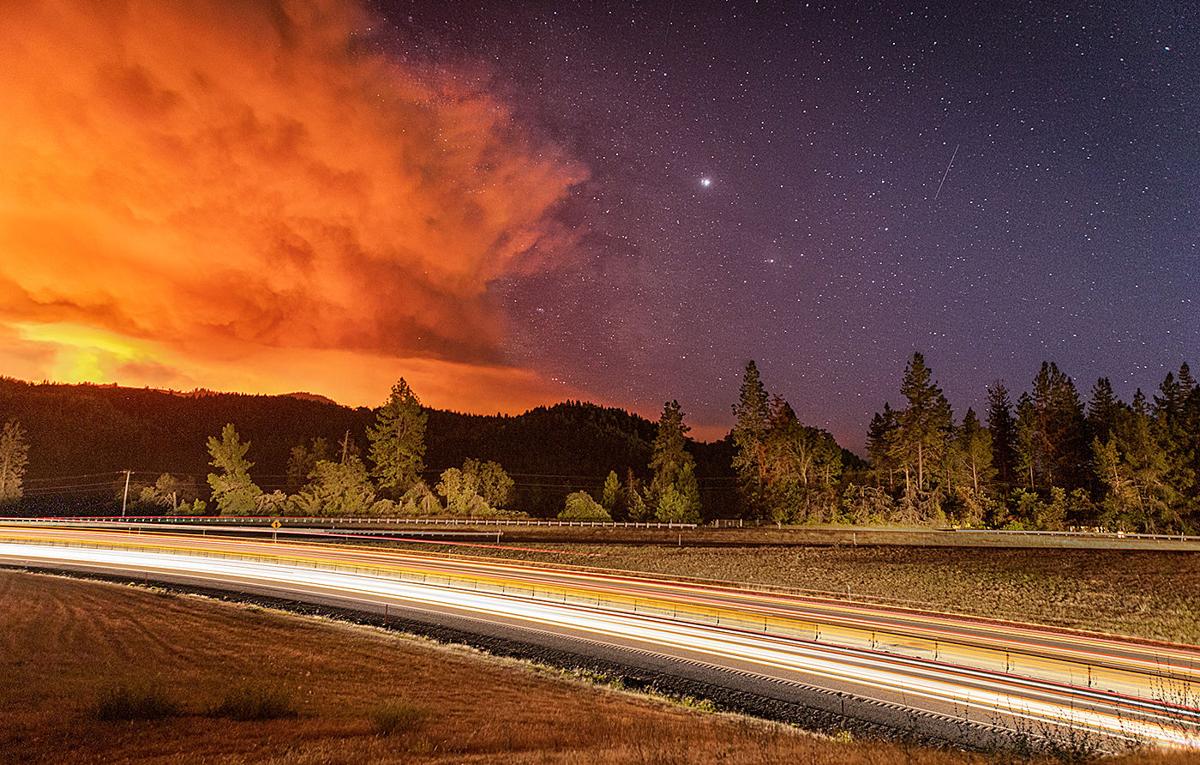 Roseburg Forest Products' timberland is ablaze from the Milepost 97 fire near Canyonville, Oregon.

Roseburg Forest Products is one of the companies impacted by the Milepost 97 fire. This picture shows the company's timberlands burning.

Roseburg Forest Products' timberland is ablaze from the Milepost 97 fire near Canyonville, Oregon.

Wildfires in the western U.S. are burning tens of thousands of acres, impacting rural landowners, wildlife and the environment.

It’s been a week since the Milepost 97 fire started in Southern Oregon about a mile south of Canyonville. The wildfire had burned 12,578 acres as of Wednesday, but its spread had slowed, Al De Vos, an Oregon Department of Forestry spokesperson, said. The crew — now 1,464 people — worked through the night to corral the fire from 15% containment Tuesday to 25% Wednesday morning.

Winds have carried the fire’s smoke south, where it has settled thick in Grants Pass and Medford.

The cost of putting out the fire, De Vos said, has reached $5.7 million.

Roseburg Forest Products, a company with 6,000 of its timberland acres in the area, has lost about 3,400 acres to the fire, according to the company’s forest manager David Cramsey. Cramsey said company employees and contractors are on site at the fire using heavy equipment to build fire lines and stop the spread.

Stinson said rural people are the most vulnerable to fire danger. Rural areas often have limited infrastructure and emergency services, he said, and many farmers have one route in and out of their properties.

Stinson said people in rural areas should be at level-one fire preparedness even if a fire isn’t burning in their area, talk to neighbors about an escape plan, know alternative routes and have a plan to get their livestock out safely.

Even so, Stinson said he’s hopeful that the Milepost 97 fire will soon be contained.

“I’m a paid pessimist,” he said. “But I’m seeing this fire as a glass half full. The crew have been working hard to corral this thing, and they’re making good headway.”

De Vos shares Stinson’s optimism, but with a thicker slice of doubt.

The Milepost 97 fire may have started from an illegal campfire, said Dave Streeter, forestry program manager for Josephine County.

Streeter said the fire started on rugged land miles away from the closest roads, making it impossible to reach with vehicles. And it started at night, making the use of aircraft difficult.

“All these factors allowed the fire to grow rapidly into the monster it is now,” Streeter said. “And this time of year, these monsters like to eat.”

The Milepost 97 fire is one in a pack of monsters raging in the West.

The fire — California’s largest blaze so far in 2019 — is the result of a vehicle malfunction.

The Tucker fire is burning federal, state and private lands. Although no evacuations have been issued, the fire impacts cattle ranchers, timber producers and other rural people, Sandusky said.

Unlike the Milepost 97 fire, the Tucker fire is burning mostly at low-intensity and has had complex impacts.

“Fires always burn in a mosaic, impacting different areas of land differently,” Sandusky said. “The effects from this fire are variable, some very negative and some surprisingly positive.”

Matt Byrne, president of SunFed Ranch, runs an organic beef operation with his family in the area. Byrne said the fire destroyed some of his summer forage and he will need to find alternative feed sources for his cattle. He said several of his neighbors fared worse – the fire burned bigger chunks of their grazing land.

“It was unexpected and a little scary because it started with no warning,” said Byrne.

Sandusky said the fire’s negative impacts are evident — death of trees and damage to farmland. What’s less evident, he said, is that the fire has inadvertently helped burn invasive junipers on the sagebrush-dotted steppes, which in the aftermath of the fire will balance the ecosystem and provide a more livable habitat for birds like sage grouse.

Although Milepost 97 and Tucker fires are two of the biggest fires in the West, 25 other fires are burning in California, Oregon, Washington and Idaho.

“All woodlands are always at risk of wildfire, especially during this time of year,” Josephine County’s Dave Streeter said. “We hope that we don’t have to see any more fires this summer, but I rub my bald head and keep hoping.”