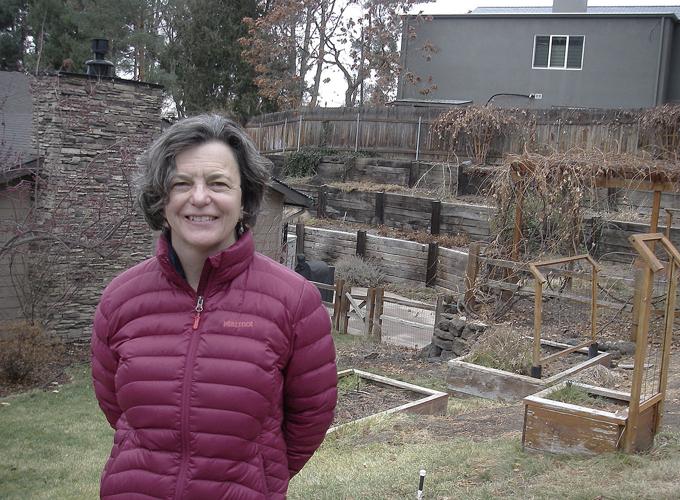 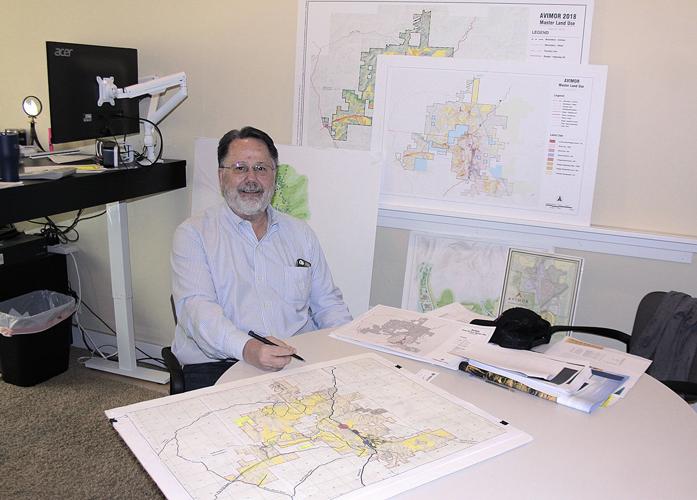 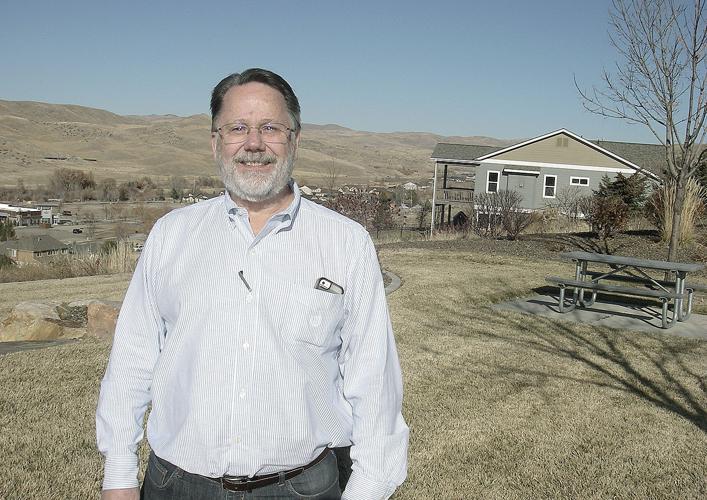 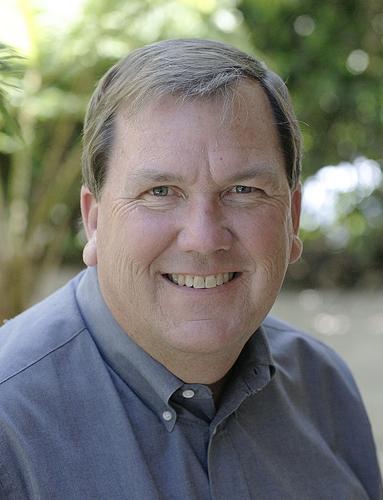 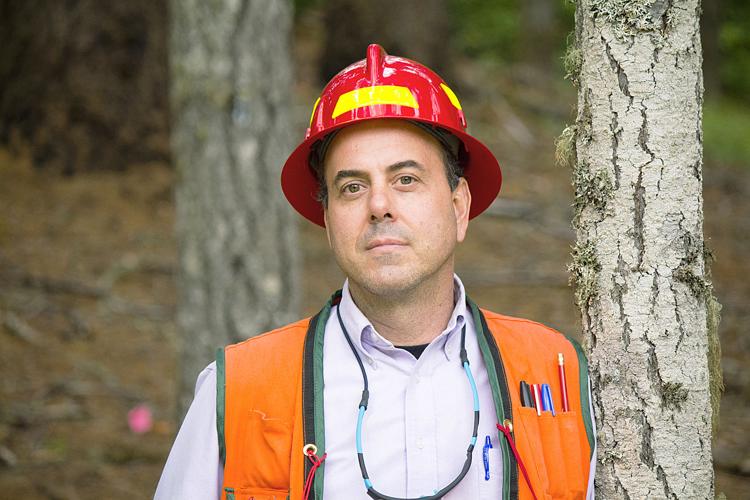 An air tanker drops retardant to help stop the spread of the Eyrie Fire in southern Idaho in 2015. Grant Beebe has been tapped as assistant director for fire and aviation at the National Interagency Fire Center in Boise.

Dorothy Finaldi watched as aircraft swooped across the landscape, dropping load after load of fire retardant near a new housing development north of Boise, Idaho.

“It was definitely a wait-and-see what would happen with the hillside because of cheatgrass,” said Finaldi, a Central Foothills Neighborhood Association board member.

“Our home was not immediately at risk,” Finaldi said of the wildfire that swept through the hillsides a couple of years ago, “but if we had not had the wildland fire crews, it could have been much worse.”

Development near fast-growing cities such as Boise not only takes agricultural land out of production, it can create a problem for the new residents, who want to live in open areas and forests but find themselves exposed to a heightened threat of wildfires.

This year alone in California, insurance companies estimate wildfires caused more than $25 billion in damage — mainly to homes built on or near ag and forest land. In other swaths of the West a growing number of housing developments border wildfire-prone forests and grassland. In those areas, homeowners, firefighters and insurance companies are seeking ways to keep wildfires at bay.

“Wildland-urban interface is the fastest-growing land-use type in the U.S., and as it grows, more people mean more fire starts and more potential for loss of property and life,” said Jared Jablonski, the U.S. Bureau of Land Management’s Boise District fire information officer.

The loss of farm and ranch land can be at least partially attributed to burgeoning housing construction. Between 1997 and 2017, the number of crop acres fell 13.7% in Oregon, 9.7% in Washington, 8.7% in Idaho and 13.2% in California. Nationwide, the average shrinkage was 10.9%.

As farms and ranches have been gobbled up for homes they have exposed the new developments to the potential for wildfires. The 2019 Verisk Wildfire Risk Analysis found nearly 4.5 million Western U.S. homes, including more than 2 million in California, are at high or extreme risk of wildfire damage.

“There is finally beginning to be kind of a culture shock and culture change that government cannot resolve all of the issues with wildland fire itself,” said Bob Roper, a retired Ventura County, Calif., fire chief and former Nevada state forester. “... This needs the public’s help and ultimately we need to learn to live with wildfire.”

Roper, who is involved in the International Association of Fire Chiefs and Western Fire Chiefs Association, said the National Cohesive Wildland Fire Management Strategy calls for restoring land to healthy conditions, building “fire-adapted” communities designed to withstand a wildfire if no trucks are available and having a robust response system.

“As population growth increases in some of these areas, that means there should be corresponding increases in the number of vehicles and resources you have available, and that has not always been the case,” he said. “Public officials realize we can’t always be there for everybody. We are trying to get the public to acknowledge that and become part of the solution.”

Jason Boal, community planning manager with Ada County, Idaho, Development Services in the Boise area, has worked in county planning in the state for about a decade, including stints in northern and eastern regions.

“Everywhere I have been, the wildland-urban interface has been a topic of conversation and an area of concern for jurisdictions,” he said.

Development creeping into farmland, rangeland and other open areas has been a longtime growth pattern in much of Idaho, including Ada County, Boal said. County, community and business leaders have been working on a coordinated growth strategy that would keep new housing construction next to or near existing development, for example.

“We are seeing the conversation spread about wildland-urban interface and how we deal with it beyond just fire,” Boal said. Flood, landslide and mudslide risk also come into play.

In Central Oregon, fast-growing Deschutes County has for years seen development close to forests and grassland used for grazing.

“With the rapid growth that we have in the Northwest, in Oregon and in Deschutes County, we are seeing more and more growth in the wildland-urban interface,” said Zechariah Heck, associate planner for the county.

Deschutes County has numerous zones for the wildland-urban areas, including a forest-use zone that is fairly restrictive and requires conditional-use approval before a home is built.

John Bailey, a professor in the Oregon State University College of Forestry, said Bend and some other communities in the West have made strides.

For planned development projects, “the secret is, right at the beginning, admitting it’s going to be challenged by wildfire on a number of different fronts,” he said.

Such challenges include “a wind-driven fire coming towards it, but also all of the ember rain that is going to be cast into it. Many communities are getting there, and the insurance industry is getting there,” Bailey said.

Getting home insurance in fire-prone areas can be a problem.

However, it “did not solve the overarching problem of lack of available and affordable coverage in the traditional homeowners’ insurance market” in wildland-urban areas.

Potential solutions include aligning standards of the California Department of Forestry and Fire Protection and the Insurance Institute for Building and Home Safety, and having insurers agree to provide coverage to homeowners who meet these requirements.

Insurance premiums are 25% to 50% higher for home policies in high fire-risk areas.

In Idaho, plans to develop or expand large communities in the former farm and ranch land near Boise have drawn fresh local concerns.

Finaldi, the homeowner, said some of the newer developments have been designed with more fire-aware features.

“When you get into these old neighborhoods, you are mitigating for a lot of things that often were inappropriately planted and allowed to grow untended,” she said. “So you are doing a lot of catch-up and mitigation.”

In the foothills north of Eagle, a suburb of Boise, about 500 homes have been built, 60 are under construction and thousands more are proposed in Avimor, a planned community. The National Fire Protection Association designates it a “Firewise” community, meaning residents must meet landscape and defensible-space standards.

“People feel some comfort knowing somebody is thinking of that,” Avimor Managing Partner Dan Richter said. “Very rarely do we get significant push-back.”

Southwest Idaho Resource Conservation and Development last year issued Avimor a grant of more than $40,000 to aid in planting forage kochia on its perimeter. Scott Buck, deputy chief of the Eagle Fire Protection District, said it will be a year or more before the winter-germinating plant’s impacts are known. But the idea is to help protect the perimeter or keep a fire that starts within Avimor from spreading.

“We are looking at different areas of the foothills for a similar project,” he said. “And we are always looking for partners,” including landowners providing access.

As more people move to the area, “ag ground is leaving and more people are pushing into the foothills,” Buck said. “Anytime we get a wildfire event in the Boise Front (range), we know homes are going to be impacted.”

More personnel and equipment are needed once people and structures are threatened, he said. Travel distance, terrain and fire-fuel type also can pressure resources.

BLM’s Jablonski said that in wildland-urban fires, incident commanders’ ordered priorities are life, property and resources. This increases the chance that the fire’s footprint will expand.

He said the wildland-urban interface refers to a combination of homes, flammable vegetation and open space; it’s not necessarily a foothill or forested environment. Grasslands south and east of Boise, for example, may be included.

Finaldi and her husband, Jim Traub, bought their home in the Boise Foothills a decade ago.

Would they do it again?

“I really don’t know,” Finaldi said. “I would certainly be more aware, and assess the overall pros and cons a little differently than perhaps the first time.”

But they love their home, on which they installed fire-resistant cement-board siding in 2015.

“It’s definitely a privilege to live in this area,” Finaldi said. “But you have to be aware and you have to be diligent, for sure. And if you need to go, you pack up and go. You don’t hang out.”

I cover agricultural, environmental and rural issues in southwestern Idaho and southeastern Oregon. I can be reached at 208-914-8264 mobile or bcarlson@capitalpress.com.

Kerry: Despite setbacks at home, U.S. to make climate goals