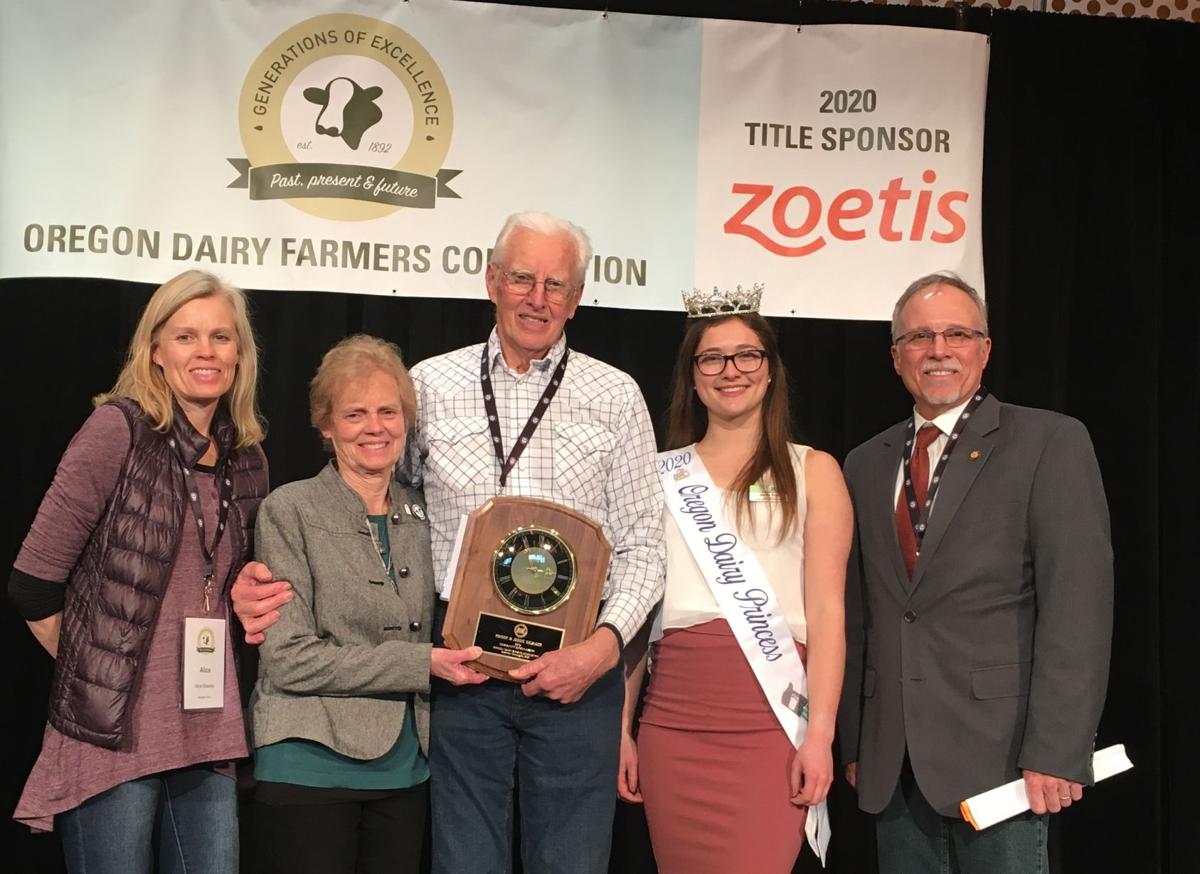 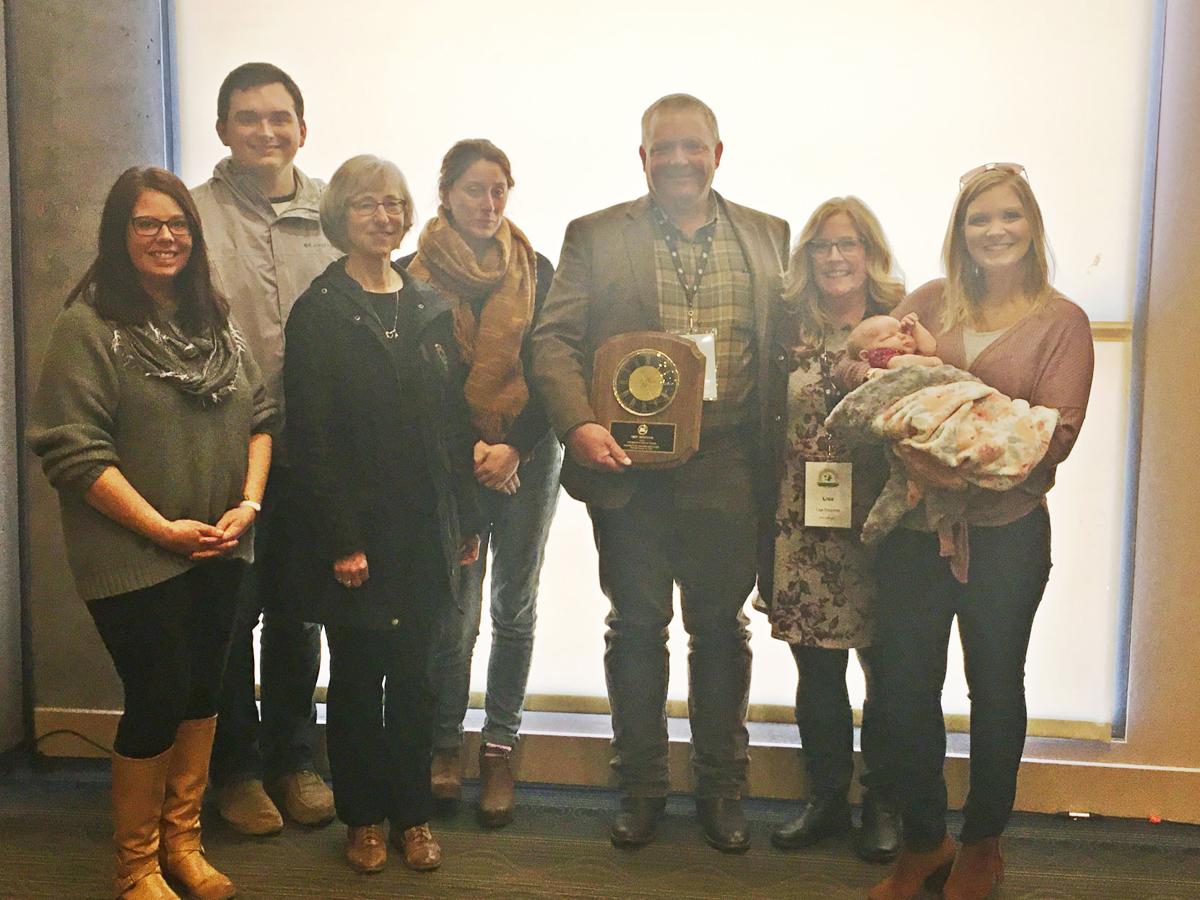 Roger and Jessie DeJager have spent a lifetime dedicated to the dairy industry, to community service, and to each other. They both immigrated to this country when they were young and didn’t meet until years later at a church function.

Roger and Jessie were married in 1963. They started a cash and carry business that offered milk delivery in CA. Jessie ran the main office and Roger delivered fresh milk to families. Despite the success of their business, Roger and Jessie aspired to have their own dairy. To further their goal, their family, with three children – Sandra, Peter and Alice – moved to Corbett, Oregon where they rented a dairy for three years and had another child, Robert.

In 1972, they purchased 135 acres of farmland and founded DeJager Dairy Farm in Jefferson. As the years progressed, the farm continued to grow in size and gain recognition, eventually receiving the Oregon Dairy Farm of the Year Award. Jessie managed the farm books and calf feeding while Roger performed the rest of the day to day farm duties.

Jessie joined Oregon Dairy Women in the early 80’s and served as President in 1995-96. She started managing the Red Barn in the early 90’s. Jessie has such a passion for the Red Barn, what it stands for, and that funds are used to support the Dairy Princess Ambassador Program and other activities of the Oregon Dairy Women. Service is a family trait. Roger is nearly always with Jessie at the State Fair helping in the Red Barn, as are other family members, including grandchildren. In 1993, Jessie was awarded the Oregon Dairy Women’s Appreciation Award. The DeJager Family received the Appreciation Award in 1999.

The words used to describe Roger and Jessie are: “service, passion, and dedication”. They show up early and stay late, never wanting to be recognized for their work. They volunteer in the Red Barn at Ag Fest. Jessie volunteers with Oregon Women for Agriculture at their annual auction and for the Oregon Dairy Women’s Scholarship Auction.

Both Roger and Jessie have been involved with Dairy Day at the Capitol. Jessie in the Galleria, serving ice cream. Roger is also in the Galleria talking to the public about the dairy industry. Anyone that isn’t a friend, will be after a conversation with Roger.

At that point he moved to Tillamook as the Extension faculty responsible for dairy extension programs in Tillamook, Washington, Clatsop and Columbia counties. In 2011, Troy was promoted to Professor of Dairy Extension and was responsible for dairy extension programs throughout Oregon with an emphasis on nutrient management, dairy grazing systems and forage production.

When ODFA started to award grants through the Ag Research Foundation, Troy contacted younger Extension staff in Coos, Klamath and Malheur Counties to work with him on a CAFO project. None had much dairy knowledge or experience. Troy helped them build relationships with producers in their communities and to learn more about CAFO program regulations and the dairy industry.

Troy often says, “what problem are we trying to solve?” He works in a collaborative manner, looking for common sense opportunities and has helped the dairy industry in numerous ways, often behind the scenes.

When the topic of Air Quality and the dairy industry, specifically dairy CAFO’s became a focus a few years ago, Troy worked on the issue. He made presentations at Area Meetings, Convention and spoke to the legislature on Air Quality – Policy, Public Perception and Best Management Practices. With Troy’s assistance, we were able to show how the dairy industry has made continuous investments and improvements as research influenced our practices. We defeated SB 197 because of the proactive work by producers. Troy was involved in the Dairy Air Task Force in 2008. His knowledge and experience with the Task Force were very helpful in the 2017 conversations around air quality.

Troy has traveled Internationally over the last 30 years and conducted trainings in Chile, Kenya, New Zealand and Russia.

Congratulations to award recipients Roger and Jessie DeJager, and Troy Downing for your lifetime of service and support to the Oregon dairy industry.