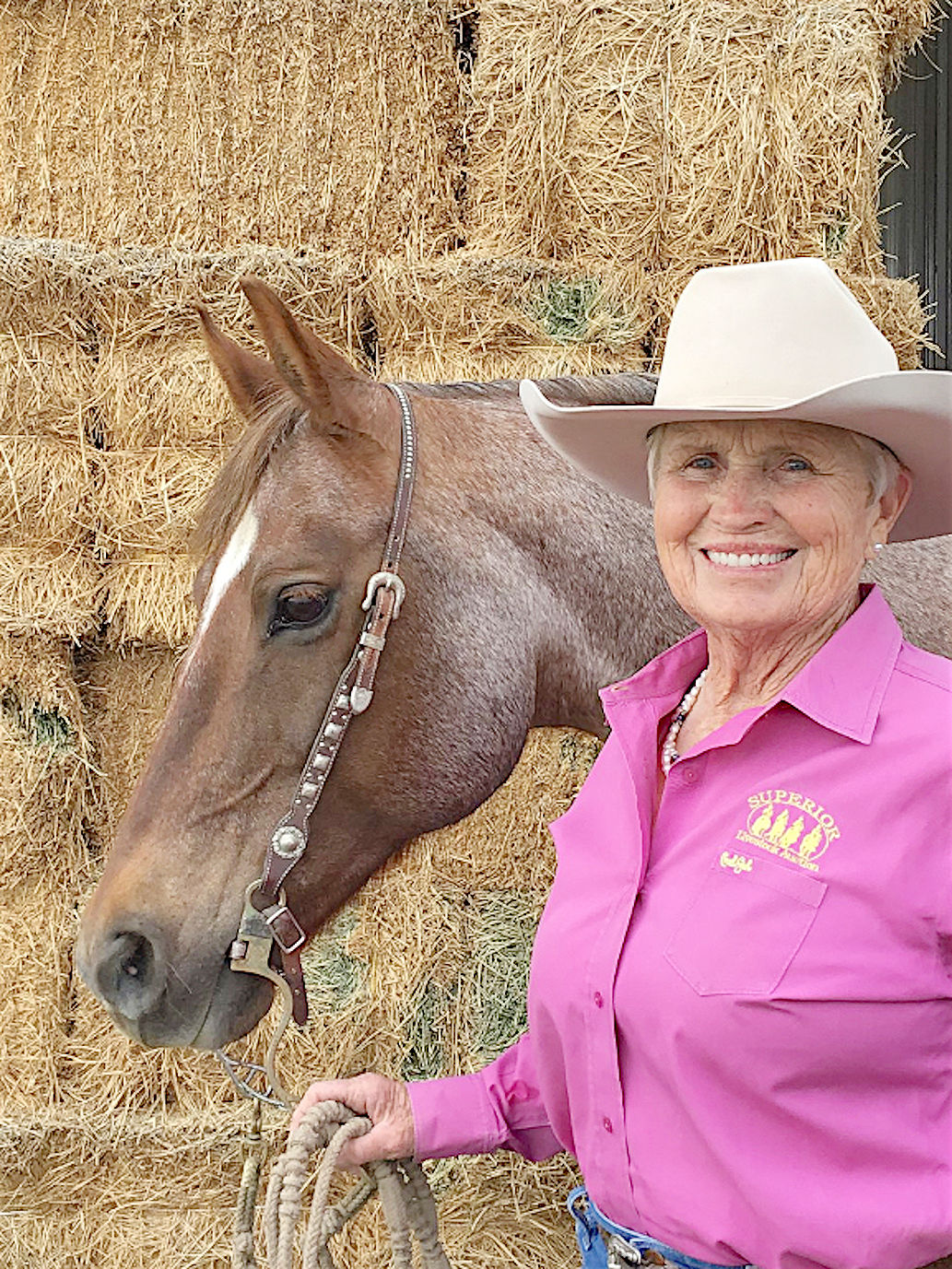 Allie Bear, a native Nevadan and the fourth top-producing representative for Superior Livestock last year, travels throughout the West helping ranchers sell their cattle and horses. She is also a Realtor, skilled roper with her horse Roany, and silverwork designer. 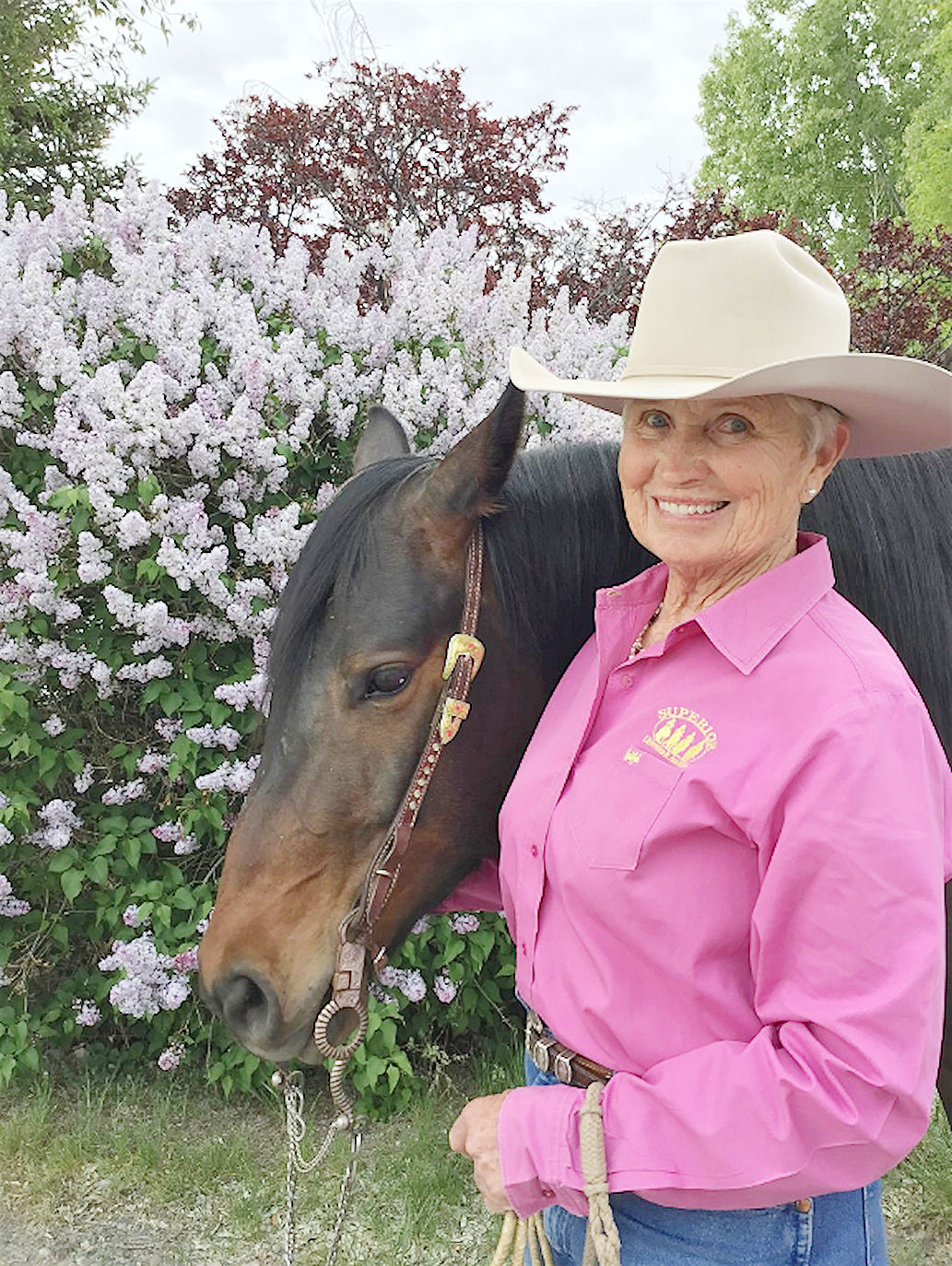 Allie Bear, a native Nevadan and the fourth top-producing representative for Superior Livestock last year, travels throughout the West helping ranchers sell their cattle and horses. She is also a Realtor, skilled roper with her horse Roany, and silverwork designer.

As a child, Allie Bear lacked modern amenities, yet she grew up with a priceless set of values that would serve her well in a modern world five decades later.

The native Nevadan says the skills and mindset she gained from growing up on a remote ranch have helped guide her to become one of Superior Livestock Auction’s most productive representatives the past several years.

“We didn’t have electricity or a phone when I was growing up on our cattle ranch in Pumpernickel Valley,” said Bear of her childhood home near Golconda in northern Nevada. “I went to a one-room school until fifth grade and high school in Winnemucca. Ever since we were young, we were expected to work.”

Along with a work ethic, her parents taught her and her siblings the value of friendship and how to raise profitable livestock. Wanting to expand her knowledge of livestock, Bear graduated from the University of Nevada-Reno with a degree in animal science in 1972.

Besides selling cattle and horses through Superior, Bear is a Realtor, specializing in ranch properties. She also designs and sells custom silver bits and spurs and ranch ropes that are 40-60 feet long.

“Whatever I do, I enjoy my clients because they’re friends who are like family to me,” said Bear, who lives on a ranchette outside Elko. “I’m blessed I can do what I like to do. I’ve always liked being around livestock.”

Last year, she shipped 26,447 head of cattle, ranking her as Superior’s fourth most productive representative out of 350 nationwide. Since she started working for the internet auction business in 1997, she has sold 455,924 cattle.

“Clients tell me they like that I’m detail-oriented and organized,” Bear said.

She often hauls a portable livestock scale to ranches, which clients also appreciate.

“My busiest time with the big sales is July to December,” she says.

She travels throughout the West, starting her day at 3 or 4 a.m. depending on the distance to her destination.

“A lot of times I take different roads coming home,” she said. “There’s so much beautiful country to see.”

Bear started working for Superior after her cousins introduced her to a rep in Boise, Idaho, who needed help in northern Nevada.

Through her sales videos, Bear shows the best features of the cows and horses. While she is adept at discussing conformation and breeding, she says she sometimes struggles with video technology.

“I didn’t grow up with computers like my daughters and grandchildren, so I watch a lot of YouTube tutorials,” she says, laughing.

Her daughter, Sissy, lives near Elko, and helps edit and upload livestock videos. Her other daughter, Dawn, a Realtor in Reno, co-lists some properties with Bear.

In her spare time, Bear, a former competitive roper, is often invited to brandings.

“I like helping out wherever I can,” she said.

Second arrest made in connection to 2018 murder of E. Oregon couple

Can't take me out to the ballgame: COVID-19 reveals ag's impact on baseball

Japanese imports of beef up despite virus