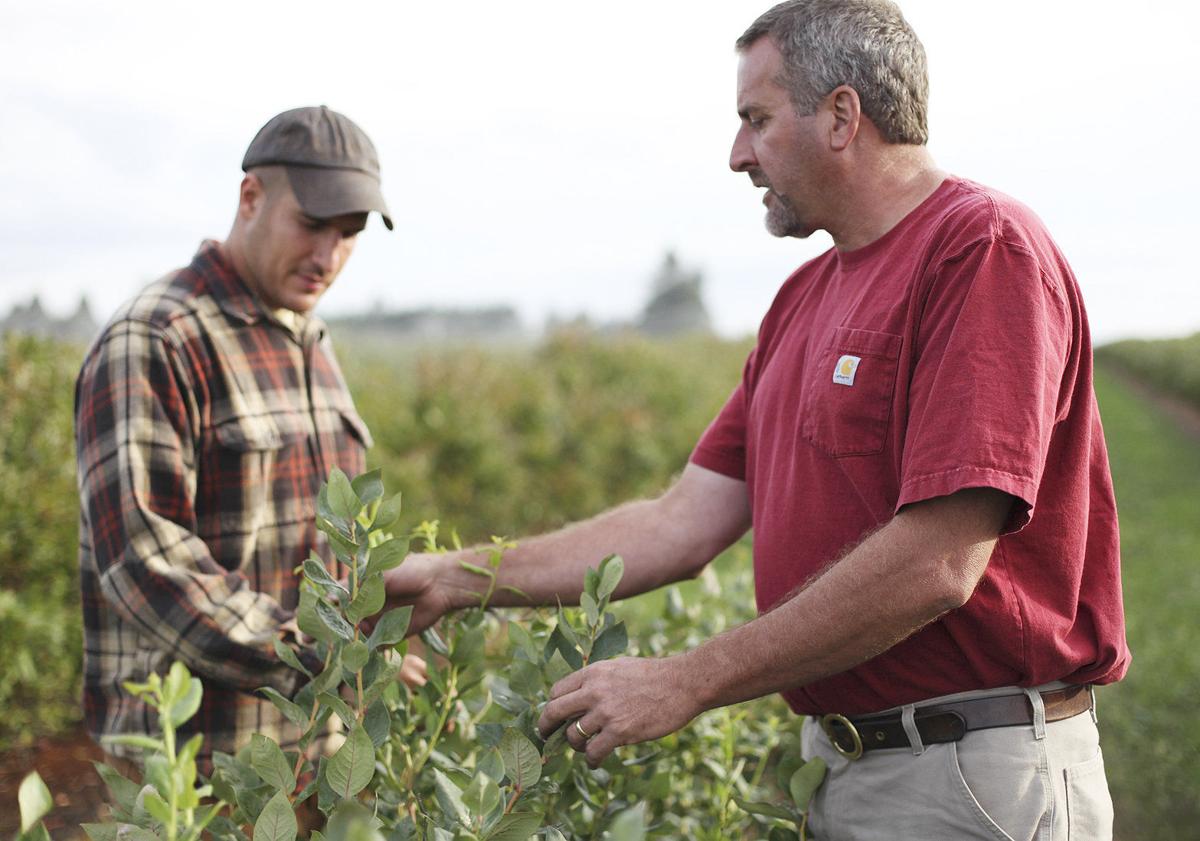 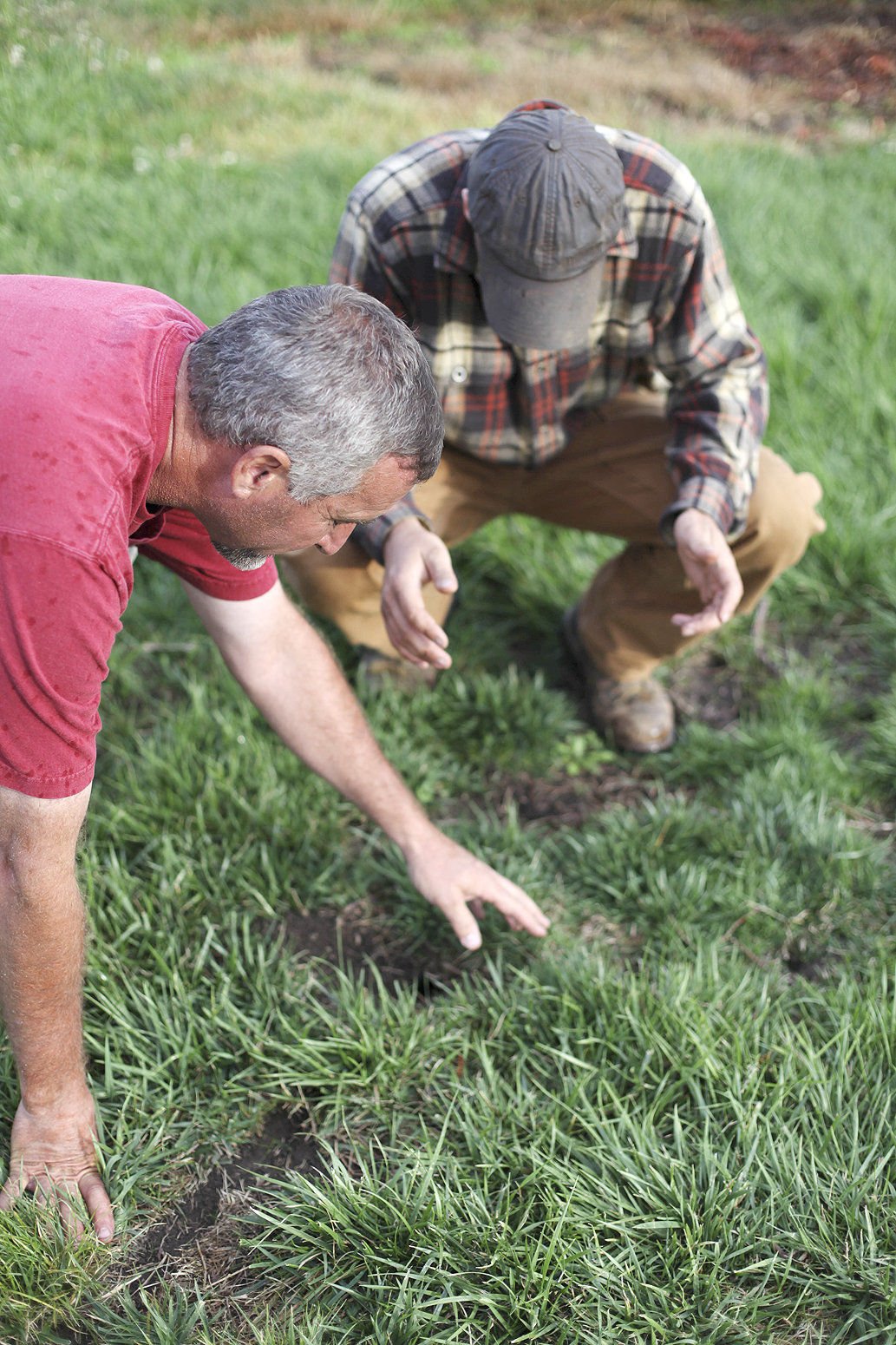 Kali Ramey Martin/For the Capital Press Brian Martin, left, and his son Taylor inspect mice damage in their blueberry fields. They work to reduce the rodent population before winter sets in.

Kali Ramey Martin/For the Capital Press Brian Martin, left, and his son Taylor inspect mice damage in their blueberry fields. They work to reduce the rodent population before winter sets in.

Though winter work is a bit slower than the summer push, there’s still plenty to do, growers say.

“Winter is definitely lower key, lower pressure,” Brian Martin of G&C Farms said. “There’s planting, pruning and harvesting all summer; winter gives us a chance to do more maintenance on the vehicles and equipment updating; general repairs to things that have worn out. They get a lot of use in the summer.”

Other tasks include going over 200 acres of berry posts and wires for repairs, flushing irrigation lines and continuing to address untiring mouse and weed populations.

“We try to get out there as late as we can to prevent winter weeds; we’ll disk and till between rows and use cover crops,” Martin said. “Most of the time I plant permanent cover crops you can mow like grass between the rows.”

G&C Farms works in cooperation with field agronomist Paul Borgen of the Pratum Co-op for soil analysis and fertility recommendations.

“Blueberries tend to set their fruit buds in the fall so we’ll go out with some foliar nutrients; usually phosphorus, potassium, boron and zinc, mostly for foliage development; and put a little phosphorus and potassium in the ground for root uptake,” Borgen said, adding that blueberries are more winter hardy than cane berries.

“I don’t really know what’s made it so bad but Marionberries are notorious for freezing in low temperatures; when we have multiple days under 20 degrees you can see some real damage,” he said. “Things we’ll do on Marionberries include cutting the irrigation and getting all the fertilizing done by the end of August to get them to shut down. You don’t want them real lush when you go into winter.”

Marionberries bear fruit on one-year-old wood so the canes that grew last spring are next year’s berries. The old vines are cut out and the new ones wrapped up on the wire, but all of this needs to be done by the end of August.

“Going beyond that will damage the cambium layer of bark, opening them up to damage in cold weather. If you don’t have all your training done by the end of August then you need to wait until March.”

Some berry growers attempt to stave off winter’s ravages by employing a spray similar to a latex and fortified with pine oil.

“If you spray that on a cane berry or blueberry plant prior to a frost it can prevent moisture loss through evapotranspiration,” Borgen said. “It’s not like it’s a hard and fast rule. Some farmers are big believers in it — there are guys who want to have some sense of control. You’ve got a lot of money invested in those things and if there’s anything they can try they want to do it. The biggest issue is when you have low temperatures with wind; it desiccates the plant and dries it out.”